April 15, 2016
This review starts with a confession.  I was asked to review this hose months ago, several months ago.  I was sent the hose and then it started to rain and it rained pretty much ever since.  It is difficult to test a hose pipe when there is nothing needing watering in fact at times it felt like a drainage pump would be a better idea.  Yet there the hose sat, reminding me and patiently waiting for its moment. 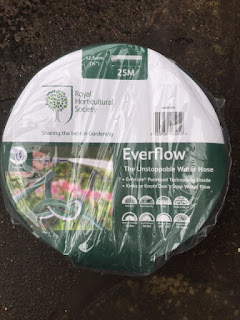 So let us start with the basics:  The hose is made by Copely and endorsed by the RHS.  That should tell you immediately that this is not going to be a sub-standard hose, the RHS are not going to put their name on something that is of poor quality.


The hose uses Evercore 'Flow Protect' technology.  It is UV resistant, made in the UK and has a thirty year guarantee.  I have found it for sale at around the £29.99 price-range, which if it lasts thirty years is a pound per year, not a bad investment! 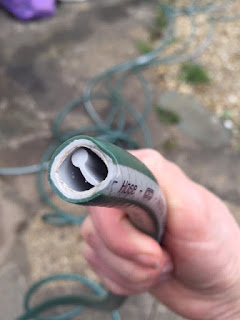 The hose says that it will not kink and so will keep flowing.  This is what it looks like inside.  The core strip inside keeps the hose quite rigid.  Now that we are in Spring I am now using a hose more often in the greenhouse and I also use a hose sometimes to wash the car.  Challenge number one was to fit a spray tap to the end of the hose.  I need to say that in order to add a fitting you need to push the core in the middle down a bit.  It took me a while to work that out but eventually the penny dropped and it was actually rather easy. 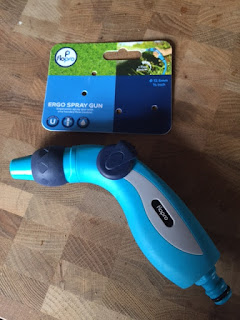 The tap I used was this one, a Flopro Ergo Spray gun, which I was given at the recent Garden Media Event I attended back in February.  This is not a product related to Copely, so I hope they don't mind that I am mentioning it in this review  (they don't appear to make spray guns so I'm thinking it will be ok ....anyhoo, my blog my rules).

The hose itself is quite rigid but surprisingly easy to manoeuvre.  I thought it might be a bit tricky as it has the additional core but this was not the case.  It feels well made and it has a robustness that I liked.

Of course the only thing that matters about a hose is does water flow through it?  Yes it does and, as a real bonus, it did not kink.  I used it in the greenhouse and to do the car. 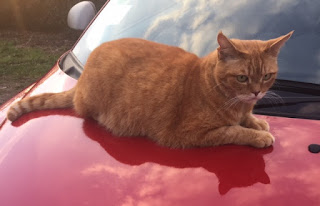 This is Bruce demonstrating that the car after its clean was shiny enough to see his reflection in.  Bruce is ever helpful.... 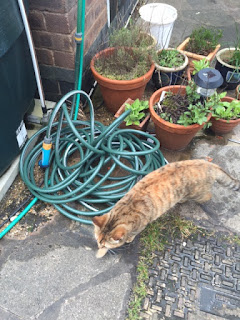 and this is Flossy ignoring that I left the hose in a heap and yet when I next went back to use it, it still worked fine and still did not kink.  You might notice just under the dark green hose a section of brighter green hose.  That is the hose I already owned, it kinks like the king of kinks all the time and it is infuriating.

So in short, the Everflow hose is definitely worth trying.  I can recommend it without hesitation.
Copely Ergo Spray gun Everflow hose Flopro RHS