A return to Little Ponton

February 18, 2016
It is a year since I last visited Little Ponton, but it was a return visit that was always going to happen.  This year the gardens only opened on the 13th/14th February, so everything else had to go on hold as I did not want to miss out. 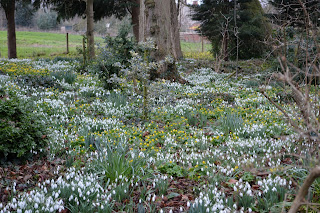 This season has seen things start early so the aconites were further on than last year but still very much in evidence. 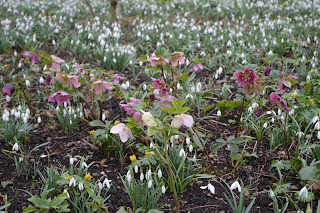 Part of the magic of this garden is the mix of spring flowers. 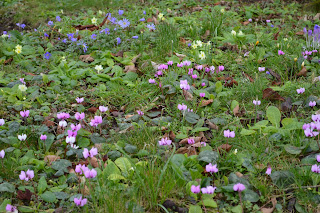 In much of the garden it is wonderfully informal yet incredibly pretty planting.  I spent a lot of time kneeling to try and get the right angle to photograph these little flowers.  I had a bad case of photographer's knee when I got home (one muddy knee). 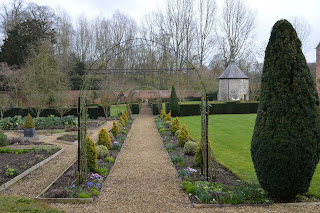 The formal gardens are immaculate. 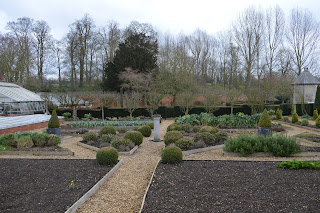 Even on the cold winter's day that we visited (and it was cold), the gardens are beautifully laid out. 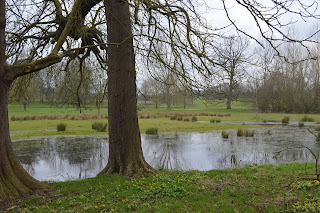 Even the flooded area looked very scenic.  We mused on whether they should create a lake here as it seemed to want to be one. 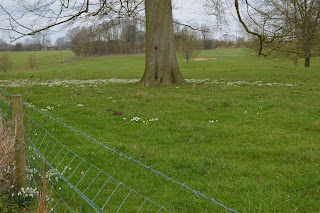 We also stopped and paid our respects to the snowdrops that had jumped the fence and were making a bid for freedom.

We also might (did) buy a plant or two. 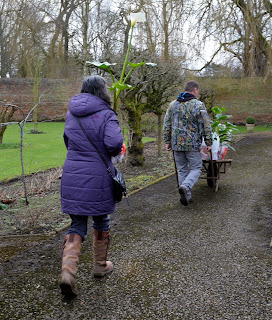 In fact so many plants that one of the gardeners kindly fetched a trolley to help us get to our respective cars. 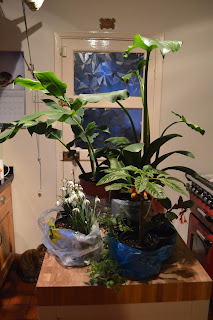 This is my part of the haul.  Yes snowdrops had to be bought as well as a Daphne mezereum 'Alba', a ginger, a calla lily, an Impatiens niamniamensis which is also known as a Congo Cockatoo (I am pretty sure this is a euphemism); a species fuchsia and.......... a clivia.  Yes I have finally bought one, it had to be done.  They had some last year and I did not buy one and I regretted it all year.  Now I own one and you will be bored with pictures of it when it flowers...... oh yes.
clivia Congo Cockatoo Litttle Ponton snowdrops