November 26, 2015
After spending a nice time at the Winter Gardens I still needed more garden-therapy to make up for spending the previous day and a half in a work-based conference.  I decided that Sheffield Botanic Gardens would probably do the trick.  I was not wrong. 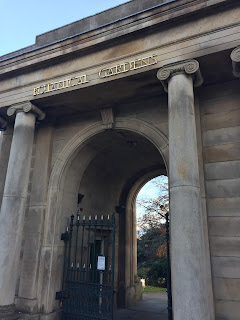 I arrived at the imposing gates.  This is a great piece of architecture and I could only hope that the gardens inside were equally impressive.  Obviously mid-November is maybe not the best time to visit a garden, but I had high hopes as I wandered in. 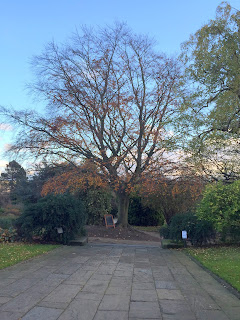 The first sight was this wonderful tree.  I was totally struck by it but failed to check what type it was.  How remiss of me. 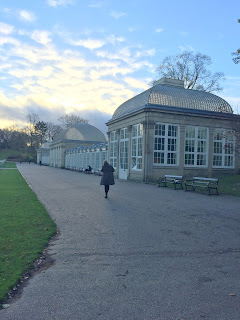 The glasshouse is awesome.  I can think of no better description.  The history of the gardens have their beginnings in Georgian Sheffield.   A fund of £7,500 was raised by local business men and residents and experts such as Joseph Paxton were used to start the development of the gardens.  The gardens were designed by Robert Marnock and the buildings were designed by Benjamin Broomhead Taylor.  The gardens were finally opened in 1836 and at first were only open to subscribers and share holders.  The general public could only enter on four special days.

The gardens soon hit financial problems and eventually in 1897 they were purchased by Sheffield Town Trust.  They introduced free admission.  During the war the gardens struggled and were badly damaged.  They struggled to recover from this and eventually in 1996, with the help of Lottery money, further restoration began.  The gardens reopened in 2007 and, I have to say, are a real treasure. 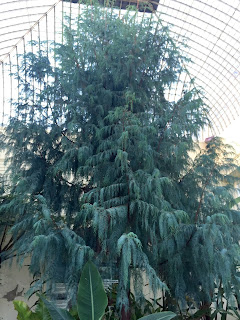 The glasshouse is divided into zones and beautifully maintained. 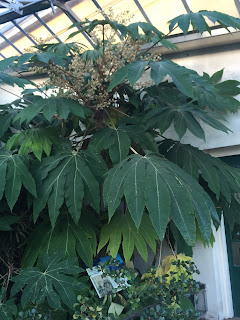 There were some fantastic plants. 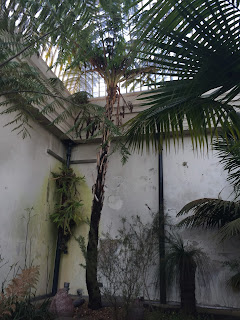 I had tree fern envy (again). 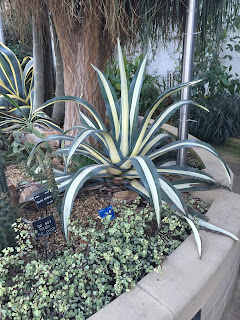 I stood in front of agaves and went 'ah' 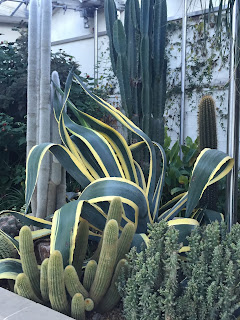 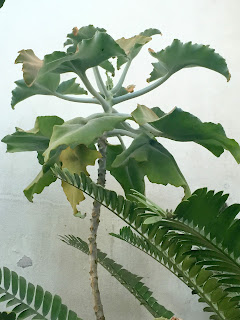 I don't know what this is, but I liked it. 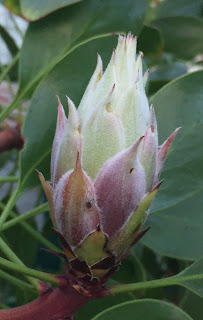 and I lamented that the protea was not quite in flower. 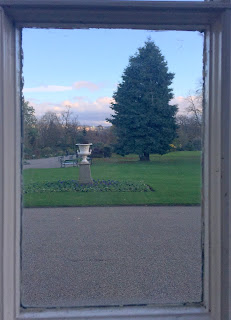 I looked out of the windows and could see the City centre shining as the sun was starting to go down.  I pondered on whether Curly Watts was correct and that Sheffield is the 'Rome of the North' and built on seven hills. I concluded that Sheffield was built on more than one hill but further exploration would involve going up and down hills and I was not in the mood. 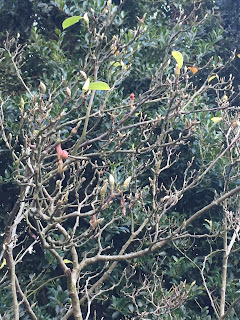 I then went out in the gardens.  I looked up at the magnolias and thought how wonderful they will look when in flower.

I loved this statue of Peter Pan, 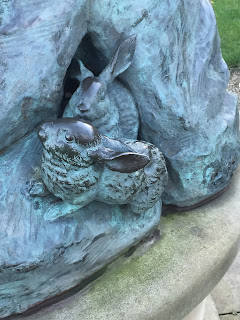 the detail on it was amazing though I pondered how welcome real rabbits would be in the gardens.  Around the base of the statue were the lines from a poem carved into the stone.  The lines were:  "Find a circle of stone opened up to the stars, Where huge animals lived in a cage without bars."  The poem was written by Berlie Doherty for the Botanic Garden and formed part of a series of riddles and associated artworks.  More information about this and the text of the whole poem can be found here.

The are good vistas in the gardens, it was clearly well thought out and designed. 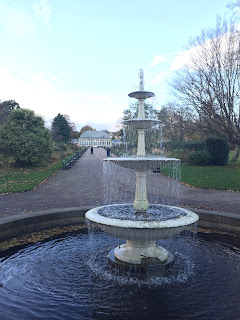 There are good broad pathways, 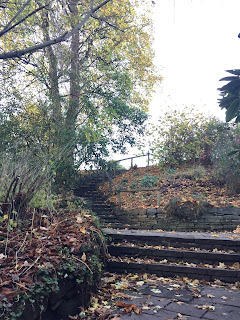 and they take you and and down steps that demand you to explore. 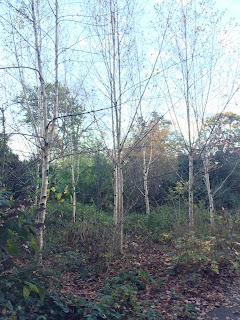 I loved the planting of these birches. 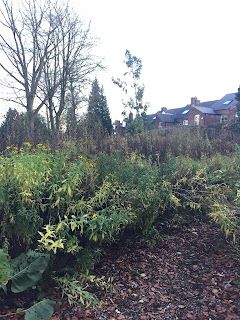 and I wished I'd seen the prairie borders at their peak. 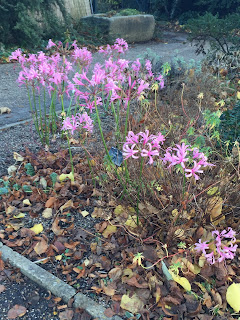 I had a moment of nerine envy, I cannot get these to grow in my garden. 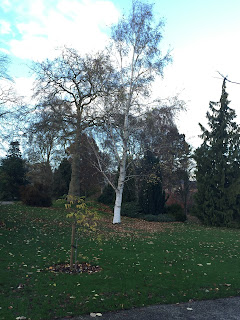 and I admired this bright white birch that was shining.

There is a lot more to the gardens, including a bear pit that I managed to miss (so I will have to go back.)  I am a great fan of botanic gardens and these in Sheffield are a brilliant example of what they should be.  There were lots of people walking dogs, walking themselves and a couple of people jogging.  There is a cafe that had a few visitors and probably more than I expected for fairly late on a November afternoon.  These gardens are a great resource for the residents of Sheffield.  If only other botanic gardens were treasured in such a way.

Part One of the pitstop can be found here:  http://www.blackberrygarden.co.uk/2015/11/a-sheffield-pitstop-part-one.html?m=0
Rome of the north seven hills Sheffield Botanic Gardens