October 25, 2015
After a good fews months of anticipation the RHS has announced where their fifth garden, which we now know will be called RHS Bridgewater, is going to be.  It will on the site of Worsley New Hall, a now demolished stately home  just outside Salford.

I have to confess a moment or two of peeve that the garden is not closer to where I live.  I held a small piece of hope that it might be within an hour's drive but sadly this is not the case.  It is only a small moment of peeve as I know full well I will be visiting and even if it is two hours away, it is probably slightly closer than the other nearest garden (about three miles closer to me than Harrogate according to google maps). 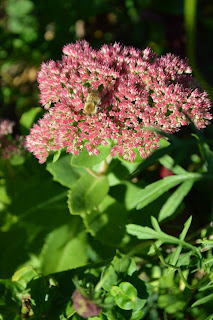 It is going to cost in the region of £30m to restore and develop these gardens so this is no small undertaking.  It is not surprise then that the RHS are going into partnership with Salford Council and Peel Land and Property to be able to run this project.  It will involve the restoration of the ten acre walled garden.  Think about that for a moment, a ten acre walled garden.  That is almost the size of a small village!

The house was completed in 1845 and designed by Edward Blore for Francis Egerton, the first Earl of Ellesmere. The family wealth came largely from coal mining, which in turn led to the third Duke, Francis Egerton (the uncle of the Francis Egerton above) funding the development of the Bridgewater Canal to transport coal.  This canal is said to be one of, if not the first true canal in Britain.

The hall when its in heyday was visited by royalty, both Victoria and Edward VII visited on more than one occasion.  During World War 1 the hall was used as a hospital and in World War 2 it housed refugees, American and British soldiers.  In 1943 it was seriously damaged by a fire and then demolished in 1949.  Sadly this is not an unusual history for several great houses at this time.

There are photographs of once great formal gardens, lakes and fountains, now all disappeared under years of neglect.  Sadly as they are not my photographs I am unable to include any of them, but Google is a wonderful thing.  I am really looking forward to following the development of the site and its opening in 2019 and to be able to take my own photographs.

It is exciting times for the RHS as I am already very pleased at the prospect of the new flower show which is going to be held at Chatsworth starting from 2017.  Now I do regard Chatsworth as almost local so this is a great development from my point of view.  I think about the roads that lead to Chatsworth and wonder about traffic flow.  I think about the RHS withdrawing from the Gardeners World show.  I am reminded of this quotation from Robert Kennedy:  "There is a chinese curse which says 'May he live in interesting times'. 'Like it or not we live in interesting times.  They are times of danger and uncertainty; but they are also more open to the creative energy of men than any other time in history."  'nuff said.