September 13, 2015
For the last couple of years I have stayed at a cottage in North Wales with a tiny garden. 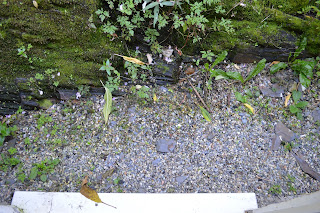 By tiny, I mean that the amount of space between the back door and the sheer wall of rock is about 12 inches, you can stand in it, just.  It is all the garden there is and so I call it a garden. 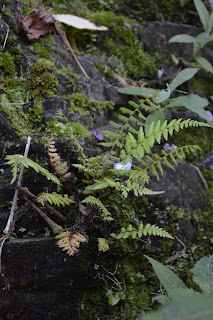 The garden is inhabited solely by self-seeders.  Delicate ferns are perched on the rock. 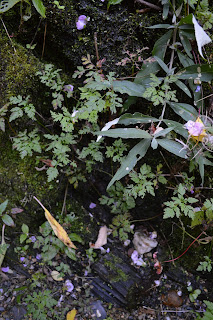 There are also the weeds I see so often in my own garden.  There is a smattering of herb robert and some buddleja. 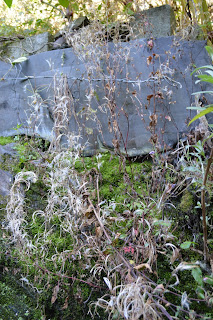 There is a small crop of willow herb.  Bearing in mind there is basically no soil at all it is impressive that these plants can cling so effectively to life. 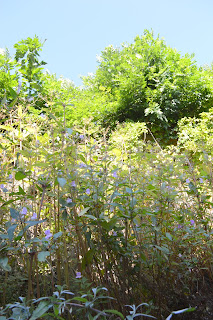 This year though, there is a plant that was not in evidence at all last year.  There is much, much Himalayan Balsam.  I recognised it straight away and I know that it is a problem plant.  Looking at the extent of how much there is is enough to convince anyone that it is invasive.

It is also rather pretty, which is why it arrived in this country, it was brought to the UK in 1839 as an ornamental plant and it has escaped into the wild.  It chokes river banks and railways and crowds out other planting.

Yet as I stood and looked at it I realised it was full of bees.  They were loving it. 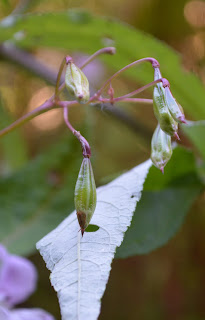 The seed pods explode the seeds outwards, this is the secret of its success.  One plant has many seed pods.  To control it (or attempt to control it) it needs destroying before it sets seed.

As I wandered around the north west corner of Wales I saw even more of this plant.  It lined the roads in places and grew along river banks and streams.

Pretty it may be, but you can have too much of a good thing.  What a shame it is so ill mannered.
Himalayan Balsam invasive weeds North Wales