A Southern Weekend: Episode One, A day at Beth Chattos

September 27, 2015
Its been a while since I have had a weekend of gardening bothering with a good friend of mine.  We usually see each other about once a year, most often to go to Chelsea Flower Show, but despite the lack of contact in between times we always pick up just where we left off.  I hesitate to say how long we have been friends as it is too many decades than I care to think about.  Just being able to measure it in decades is scary.  Anyhoo, this year we did not go to Chelsea together but decided it was time we got on the road again.  So the three day weekend was planned and booked and we set off fairly early on a Saturday morning. 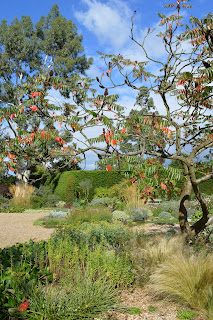 We were booked onto a workshop at Beth Chattos that was looking at late garden colour.  It was interesting and we had a nice lunch.  The afternoon was to be a guided talk around the gardens.  Now here I have a confession.  Our need to look around the garden was stronger than our wish to listen to the talk.  The talk was good, it was interesting, but because so many people were asking questions we felt we had to move on and wander around the gardens at our own pace.  Yes, we are that impatient. 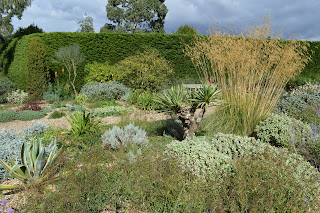 I'm currently having a bit of an agave-moment so I wandered around the gravel garden largely pointing out prickly plants and making Ah noises (sometimes an ouch noise if I got too close). 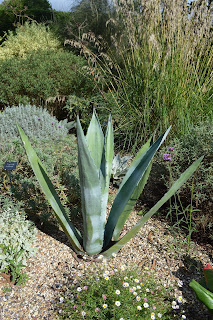 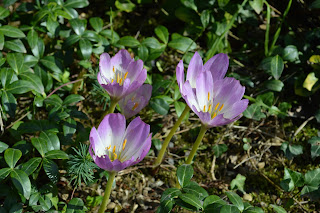 There were many many colchicums in the garden, they were in the driveway, the car park, the gravel garden and the main gardens.  They are great plants and I rushed home to look at mine to find no sign of them.  Such if life. 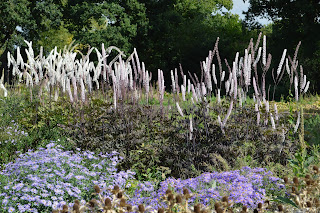 I am not going to give you sweeping views of the garden, there are many of those to be found and I tend to think of Beth Chattos as being all about the plants.  This planting of Actaea simplex was just stunning.  It was tucked around the back of the gardens and probably was stock planting, but we really liked it and it because one of the theme-plants of the weekend.  Yes it is now on the list. 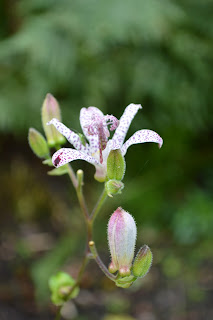 I had a moment of Toad lily envy - I have tried several times to grow Tricyrtis formosana and failed.  It is now very much on the 'I cannot grow this plant so must not try again' list.  Yet I admire it greatly. 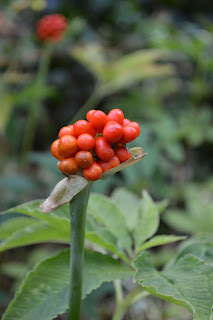 There was a lot of berry admiration as well. 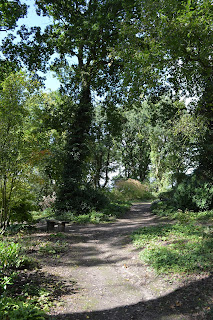 My favourite part of this garden is always the Woodland Garden.  I find it very inspiring and we spent a lot of time wandering around this area 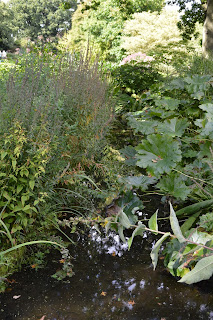 There are streams running through the gardens, 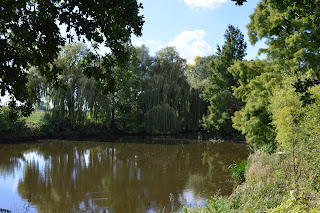 and it was a perfect day to view the bottom lake which was gleaming in the sunlight. 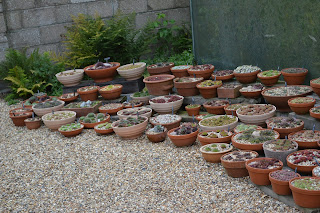 We stopped and admired this theatre of succulent planting and spent quite a bit of time wandering around the nursery.  We were however very restrained and no purchases were made.  I know, I was amazed too.  Put it down to the time of year as most things I wanted were not frost hardy and I did not want to buy something and fail to get it through the winter.  Also we had a whole weekend ahead of us and the car is not that large. 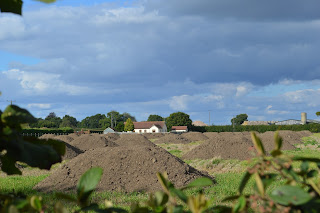 As we left we did pause to consider the size of the moles in this area.

So, day one was complete and we wended our way to our evening place of rest. 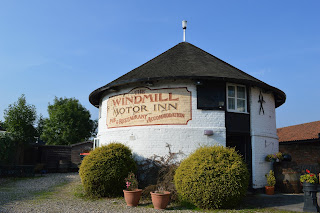 It will not surprise any of your that we spent the whole evening listening to the upstairs resident clip-clippity-clopping around.  (ok, a slightly heavy footed human guest, I assure you it was not mice with clogs on).

We slept well and then we were ready for Episode 2: Ulting Wick  (to follow)