June 25, 2015
Last autumn I bought the David Austin rose 'Fighting Temeraire'.  It was was of those, saw the name, checked the flower only very briefly and then purchased moments.  The Temeraire was a 98-gun ship that took a vital part in the Battle of Trafalgar in 1805 when Nelson defeated the French and Spanish fleet in the War of the Third Coalition, one of the Napoleonic Wars (can I just confess here that until I looked this up I had never heard of the War of the Third Coalition even though I knew of the Battle of Trafalgar.  Apparently it was followed by the War of the Fourth Coalition and I can only assume preceded by One and Two.)  Anyhoo, the ship played a very important role and was finally broken up in 1838.  There is a painting of the ship being towed to its final berth which was painted by J.M.W. Turner in 1838.  This painting was apparently voted the nation's favourite painting in a poll run by BBC Radio 4 in 2005 and can be seen in the National Gallery.

Most important of all though is that this is a painting I grew up knowing the name of from a very early age.  My maternal grandparents had a print of it over the mantelpiece in their lounge and it was something that was just 'always there'.  So when I saw the name of the rose, I knew I had to buy it. 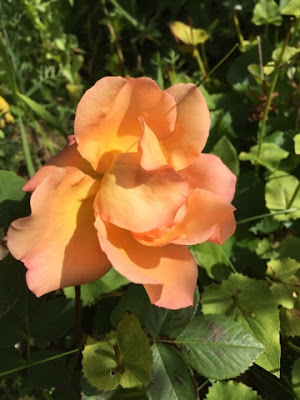 and what a beauty it is.  I am so glad I did, it is really good addition to the garden and I am already greatly enamored of it. 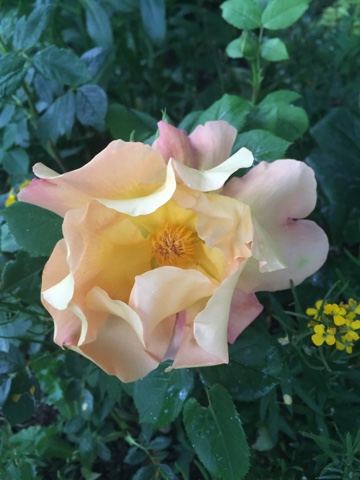