A visit to an Artist's Garden

June 14, 2015
I was fortunate to be in Wales the same weekend of the NGS Festival Weekend.  This meant that there were several gardens open that I could choose to visit fairly close to where I was staying.  Better still, there was a garden that was open that I had wanted to visit for some time, that of Karen Hall who I had got to know through Twitter and Facebook.  The garden was only about thirty minutes from where our base was, it was a nice sunny day and so we set off towards Harlech. 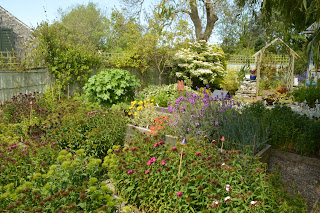 It is a very good garden to visit, well set out, lots of colour and lots of good planting. 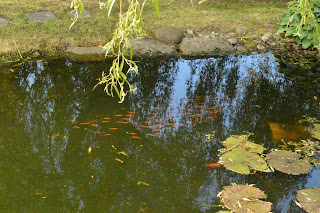 We stood and watched the fish in the pond for quite a while, I think we were transfixed for a while as they moved so peacefully and effortlessly, sometimes staying in formation, sometimes scattering. 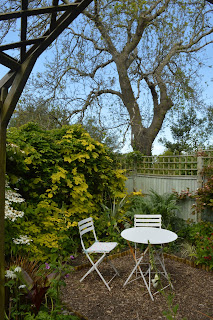 We loved this secluded seating area, 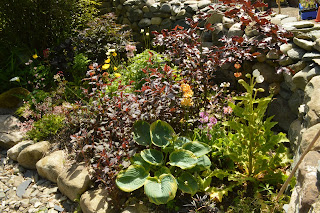 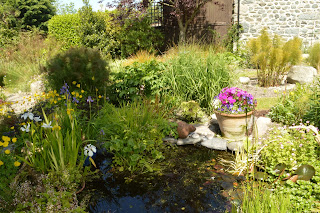 Even though the season this year is a good couple of weeks behind there was plenty of colour in the garden. 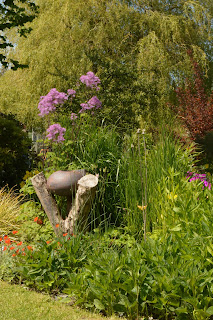 There were small sculptures that made a nice touch through-out the garden. 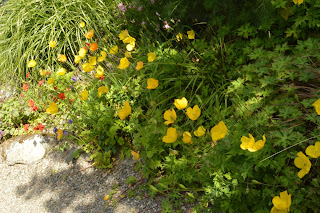 and of course there were banks of welsh poppies. 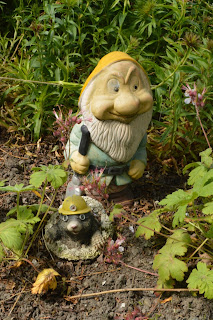 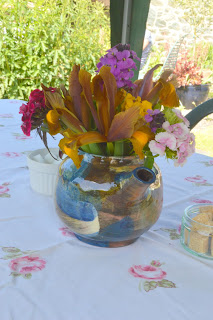 and there were pretty posies of flowers on the tables where we sat to have our tea and cake (very good cake).

We started to wend our way back to the car, but we took a detour as we had noticed a sign saying 'to the burial mound', which felt more like an instruction than a comment. 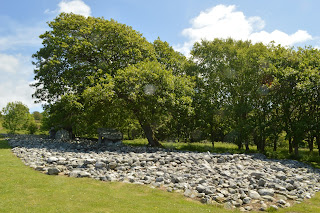 So to the burial mound we went, up the pathway to behind the local school. 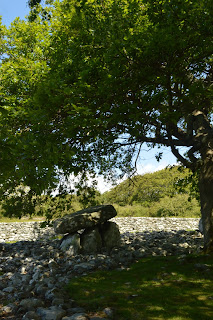 It was a very peaceful place and this oak tree bent gracefully towards the stones. 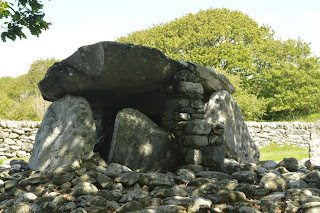 I do not know anything about ancient burial tombs so I had to look these up.  They date back to around 4000 BC and there are two separate chambers on the same site. 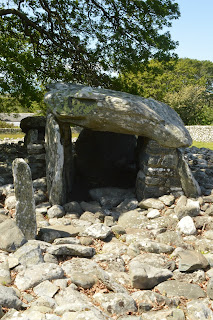 Originally they would have been covered over completely by stones and they are some of the earliest of their type to be found on this island.  So now you know, as do I (now).

Alongside the field with the burial mound was this field of emerging bracken. 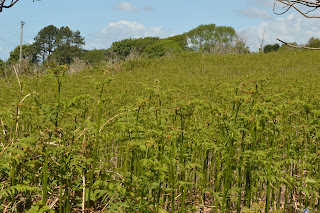 For as far as you could see it was bracken, 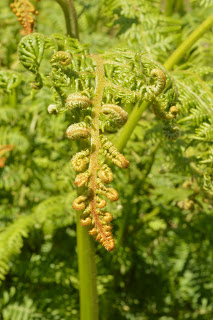 It made quite a sight.  Our curiosity satisfied we then wended our way home.  It was a good day.
An Artist's Garden Dyffryn Ardudwy neolithic burial mound NGS yellow book