May 13, 2015
'Last Friday I was lucky enough to be able to visit the RHS Malvern Spring Festival.  I have visited this show a couple of times previously and it was one that I do enjoy.

I had a particular interest to visit this time as I had been following the progress of one of the Festival Gardens, the Genetic Conservation Garden designed by Tessa and Caitlin McLaughlin. 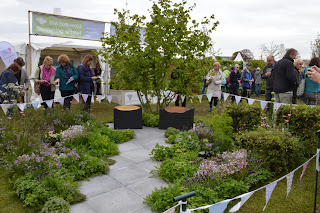 and here it is in reality.  These gardens are small and this one was well positioned in that you could walk all the way around it rather than having to cram into a corner to try and see it.  This did have its disadvantages though when on judging day there were 50 mile an hour gales blowing across it.  There is no sign now though of this as it was looking very good. 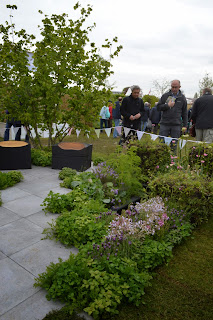 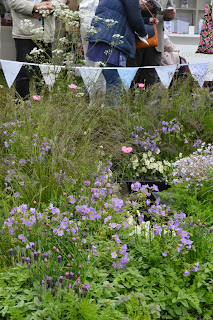 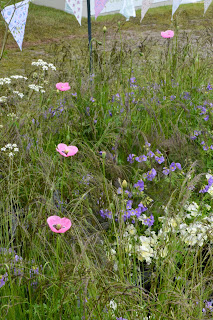 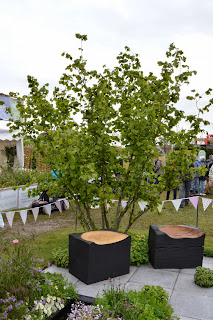 I think the final garden showed great skill and some very good planting.  The colours worked well and from my, amateur not tutored viewpoint, they demonstrated what they were setting out to do.  They were a awarded a silver medal which is a fantastic achievement especially for a first garden.  I am now looking forward to their next show garden.

A much larger garden and a gold medal garden is An Andulusian Moment Garden by Villagio Verde. 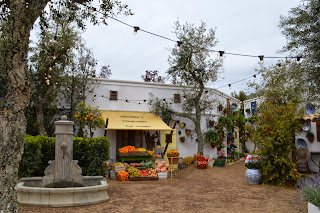 I have seen gardens designed by them previously and they are always a treat.  This one needed some added sun as that would have made the colours shine, but it was spectacular none-the-less. 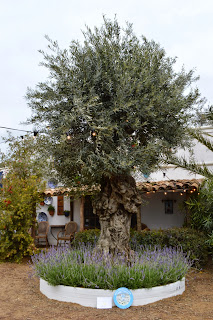 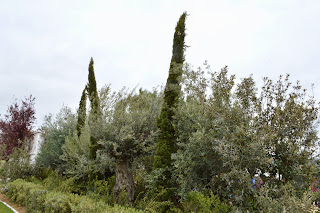 and I was very taken by this side view as I have a bit of a thing about cypress trees and this olive and cypress view really worked for me. 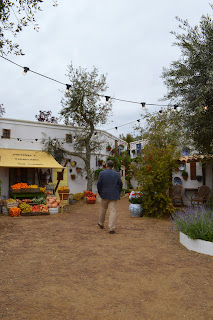 It did look like a street you wanted to wander along and was superbly executed.

Another garden that caught my eye was The Journey Garden designed by Hannah Genders. 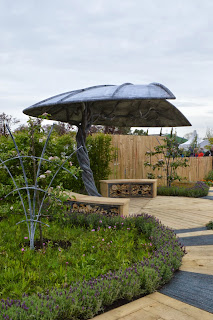 This is a very interesting garden that is dominated by this huge sculpture/awning.  The garden was made on behalf of the St Michael's Hospice in Hereford and will be moved to there once the show is finished. 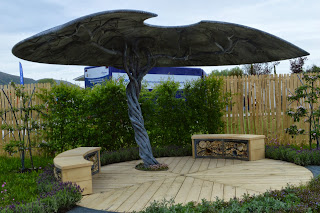 The sculpture is designed to be like the wings of St Michael but also they reflect the shape of the original building of the hospice. 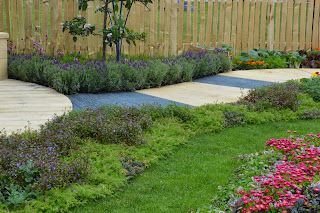 The blue stripes in the pathway are made from recycled carpet tiles from the building, 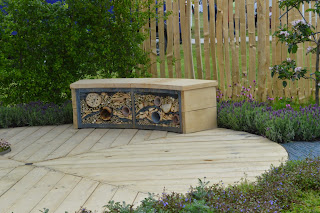 and the insect homes in the benches are partly constructed from recycled beds from the hospice.  I really liked these details, it makes the garden and the hospice a part of each other. 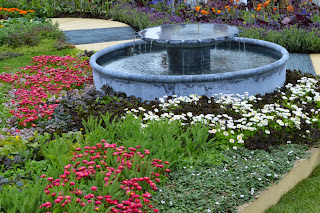 The planting was good and the water soothing, it is a sensory garden and I thought it worked very well.

Another feature of the Show are the gardens designed by local schools. 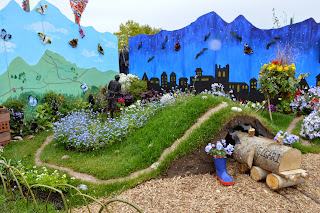 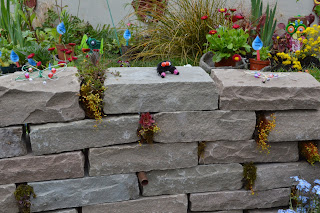 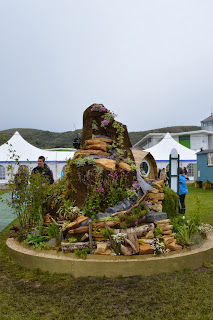 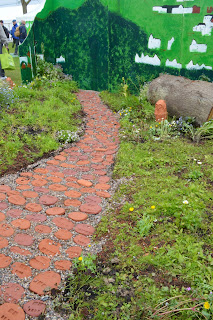 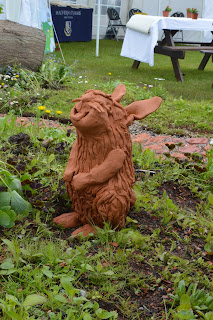 These were really interesting and a joy to see.  It easy to sound patronising to talk about getting young people interested in growing and horticulture, but if this interest can be fostered it is no bad thing.