May 28, 2015
I have visited Coton Manor in Northamptonshire many times over a period of many years, certainly more than ten.  They have a very good Garden School and I usually attend one or two sessions a year, some years I go wild and attend three.  I have, however, never visited during bluebell time, I have always been a week or so early or a week or so late.  This year I decided I would go and see their bluebells. 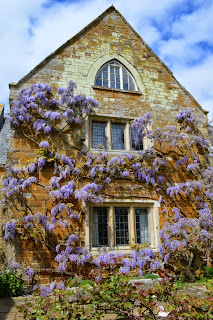 Before reaching the bluebells the rest of the garden has to be admired, and I do mean has to.  It is a great garden, gardened with love and skill.  The wisteria was at its peak and was breathtaking.  The scent was fantastic but also peering into the structure you could see it was incredibly well pruned. 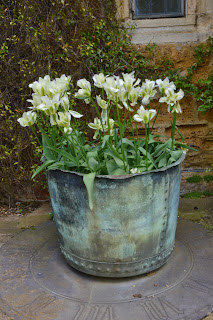 Small touches, well this was quite large, but small touches add to the garden such as this wonderfully weathered tub of tulips. 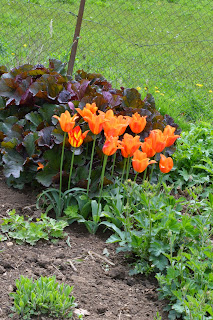 Tulips were flowering well, these orange ones shone out. 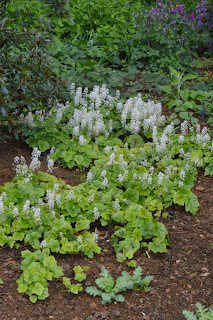 My current 'plant of the moment' the tiarella was in evidence in the woodland garden. 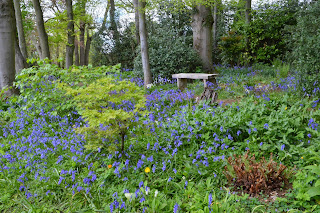 The first of the bluebells were also to be found in the woodland garden.  After a good wander it was time to head to the bluebell wood. 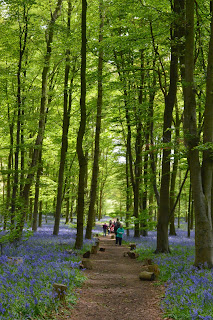 Which could only be greeted by the word, gosh. 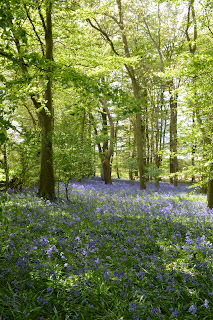 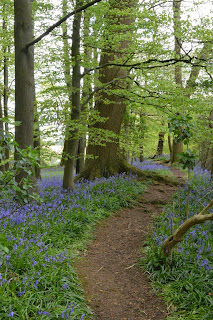 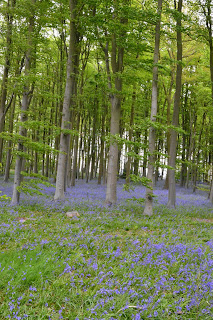 crikey, gosh, crikey.  It was the most beautiful sight.  The beech trees went straight up and the silvery bark complemented the blue of the bluebells perfectly.  It was the most quintessential, perfect, bluebell wood you could ever hope to see.  The sun knew to shine through in patches, the fresh green of the leaves made a beautiful canopy.  No really, it was awesome and the scent was amazing as well.  There were quite a lot of people there, yet there was space for us all to wander around and not feel crowded.

The bluebell wood only opens briefly every year, but I will definitely going again.

My other bluebell adventure can be found here:  http://www.blackberrygarden.co.uk/2015/05/hodsock-bluebells.html
bluebells Coton Manor Northamptonshire