May 05, 2015
I was asked by STV if I would like to trial their Slug and Snail Band.  I have many slugs and probably even more snails but I have never tried copper bands before so I thought I would give it a go.

The bands duly arrived and as they they are made of copper they are shiny and rather a good colour.  The bands arrived flat and you curve them around to place around your plant or pot.  You can join several together to fit whatever size you need.

I waited a few weeks to try them as it was still frosty when I received them.  It is now the season of the slug and they are rampaging about the borders in that way that they do.  I had two of the collars so I put the other one around my Poncirus trifoliata, the Japanese bitter orange.  I bought this plant a few years ago but it was slugged very badly.  After trying to save it with various means I had to take drastic action last year and dig it up and put it in a pot.  This gave it space and time and recover and by this spring it has been sprouting well again.  I decided it was time to put it back into the border but in a less crowded space this time. 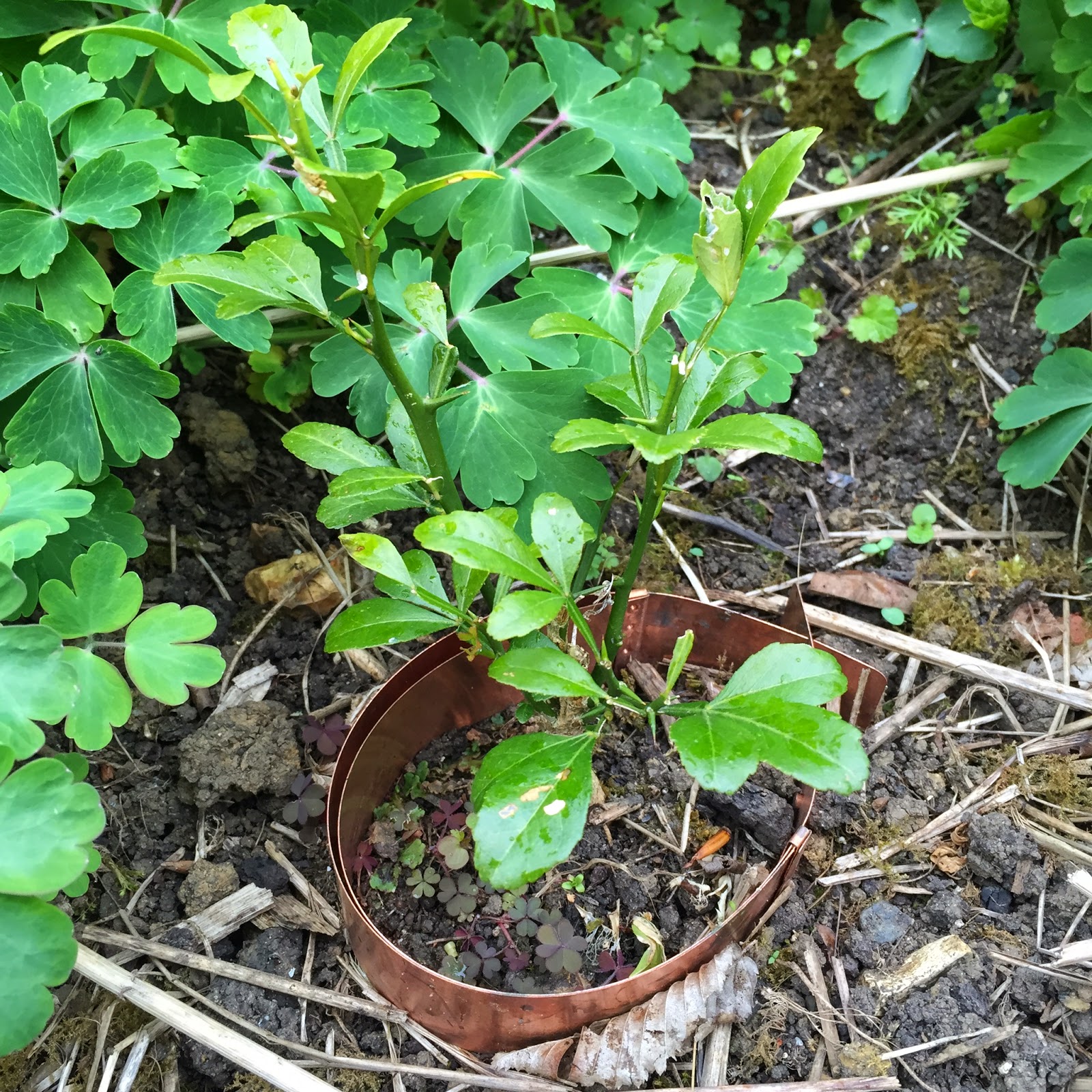 So here it is, a good three weeks after being planted outside with its copper collar on and it is not damaged at all.  This makes me very happy indeed.

I put the other of the bands around an emerging delphinium.  I have to say this did not work as well as I had hoped but I think baby delphiniums are just too attractive for slugs.  I think slugs would crawl over barbed wire to get to eat a delphinium so maybe it was too hard a test.  There is also the possibility that I trapped the slug inside the copper band leaving it with little alternative but to eat out of boredom.

After giving up with the delphinium trial I then decided to use the collar around one of my newer purchases, my Veratrum album which has been planted in the Bog Garden.  I have been warned by several people that these are slug-favoured plants so I was anxious to protect it.... 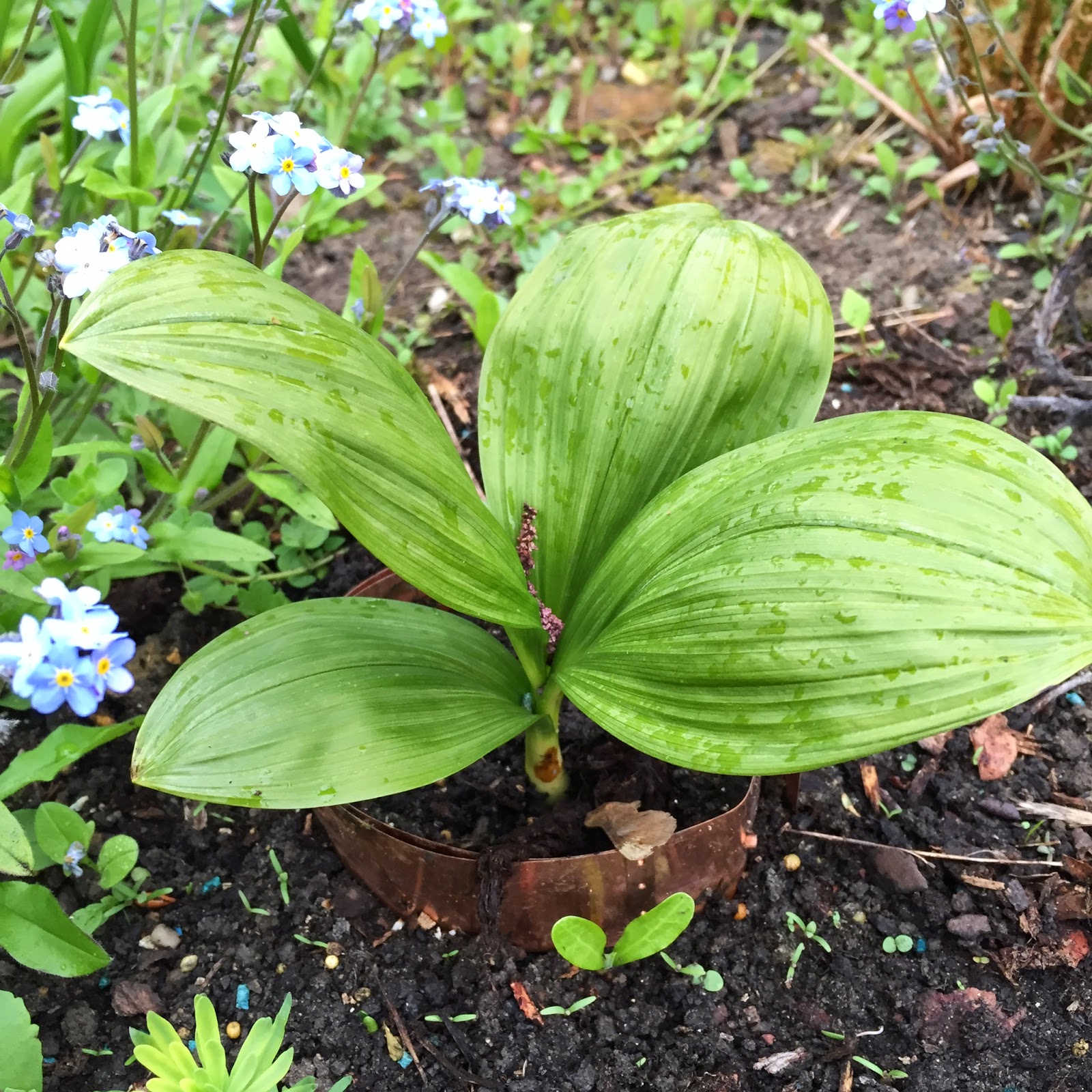 and here it is, looking untouched.  This is very good.  The more eagle-eyed amongst you might notice the odd slug pellet as I did panic a little about it (they are organic wild-life friendly ones just in case you were wondering) (when I say wild-life this does not include slugs or snails though).  They have been unnecessary though.  I have not topped them up, the collar has kept the slugs at bay.

There is another positive about these collars, because they stand proud of the soil you can fill them up with water when settling in new plants.  This is a really good and an added bonus.

Verdict:  I like these bands though I think they work better on some plants than others (avoid baby delphiniums). At a cost of £4.99 they are not the cheapest deterrent you will buy, but they will be the best looking.  I hate slug pellets and rarely use them outside of the greenhouse.  I dislike the look of them sprinkled around and these copper collars add a dash of style.
copper collar delphinium Poncirus trifoliata Slug and Snail Bands STV veratrum album