The Balm of Gilead

April 26, 2015
As part of the great driveway project I decided to plant a poplar at the corner of the drive.  There was a good reason for this as my house is surrounded by many poplars and there is one at the corner of my neighbours drive so I thought this would make a nice matching pair.  It took me a while to choose which poplar I would buy but when I came across one called the variaged Balm of Gilead, or Populus jackii Aurora, I knew it had to be that one.  Yes poplars are large and vigorous and care has to be taken when planting one near a house, the end of the drive is far enough from my house to be reasonable.  This poplar is not as large as some either and, as the name suggests, it has the most wonderful fragrance as the leave are opening and it is also possible to derive from it a healing balm ...... apparently..... 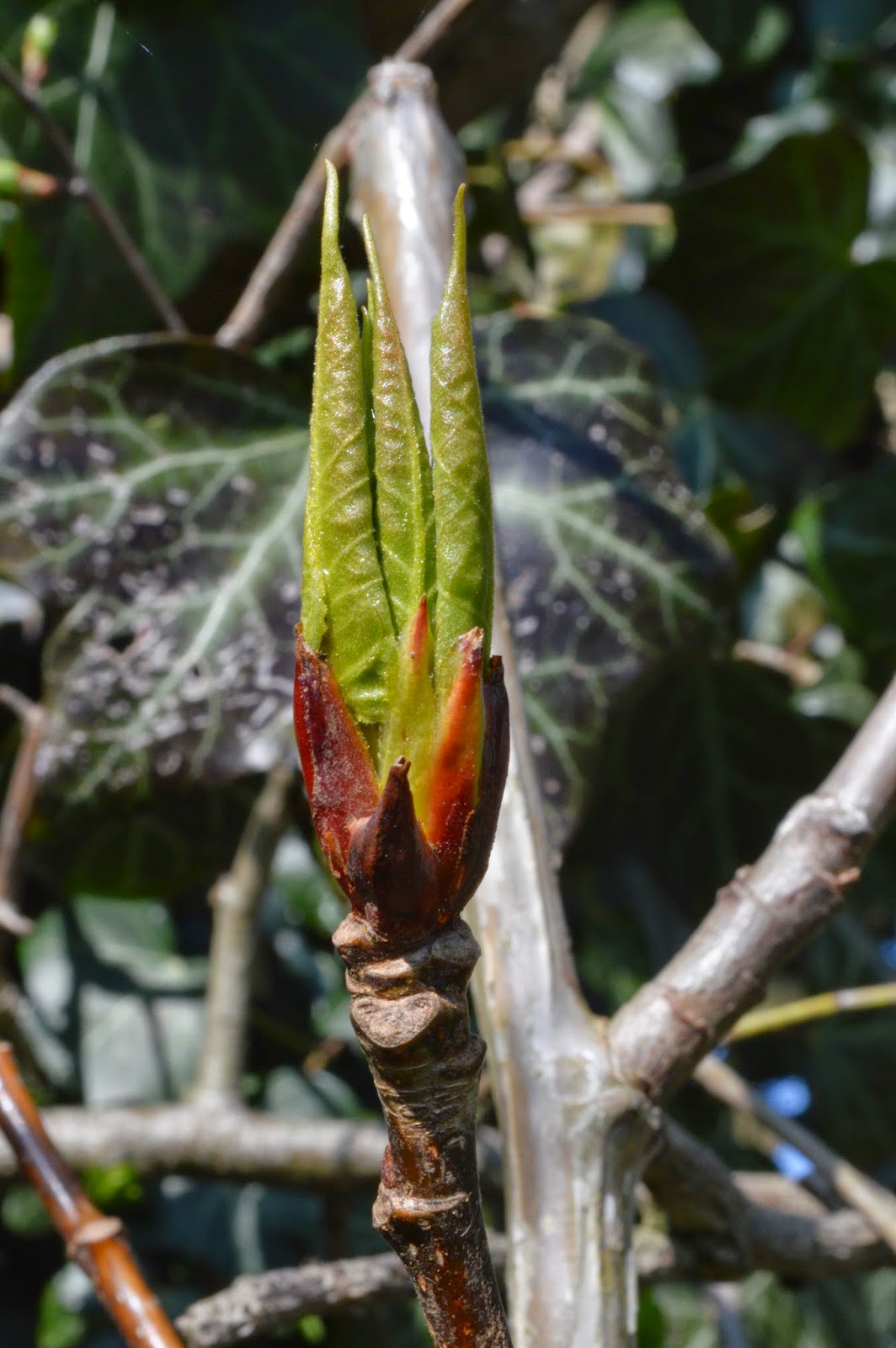 There was, however, a slight problem with my plan.  Before doing any planting it is a good idea to do some research, in this case it would have been a good idea to check how much topsoil there is at the top of the driveway.  It turns out there is not much, about six inches in most of it and then it is very hard compacted clay and therefore impossible to plant in successfully without major work.  I decided I needed a plan B. 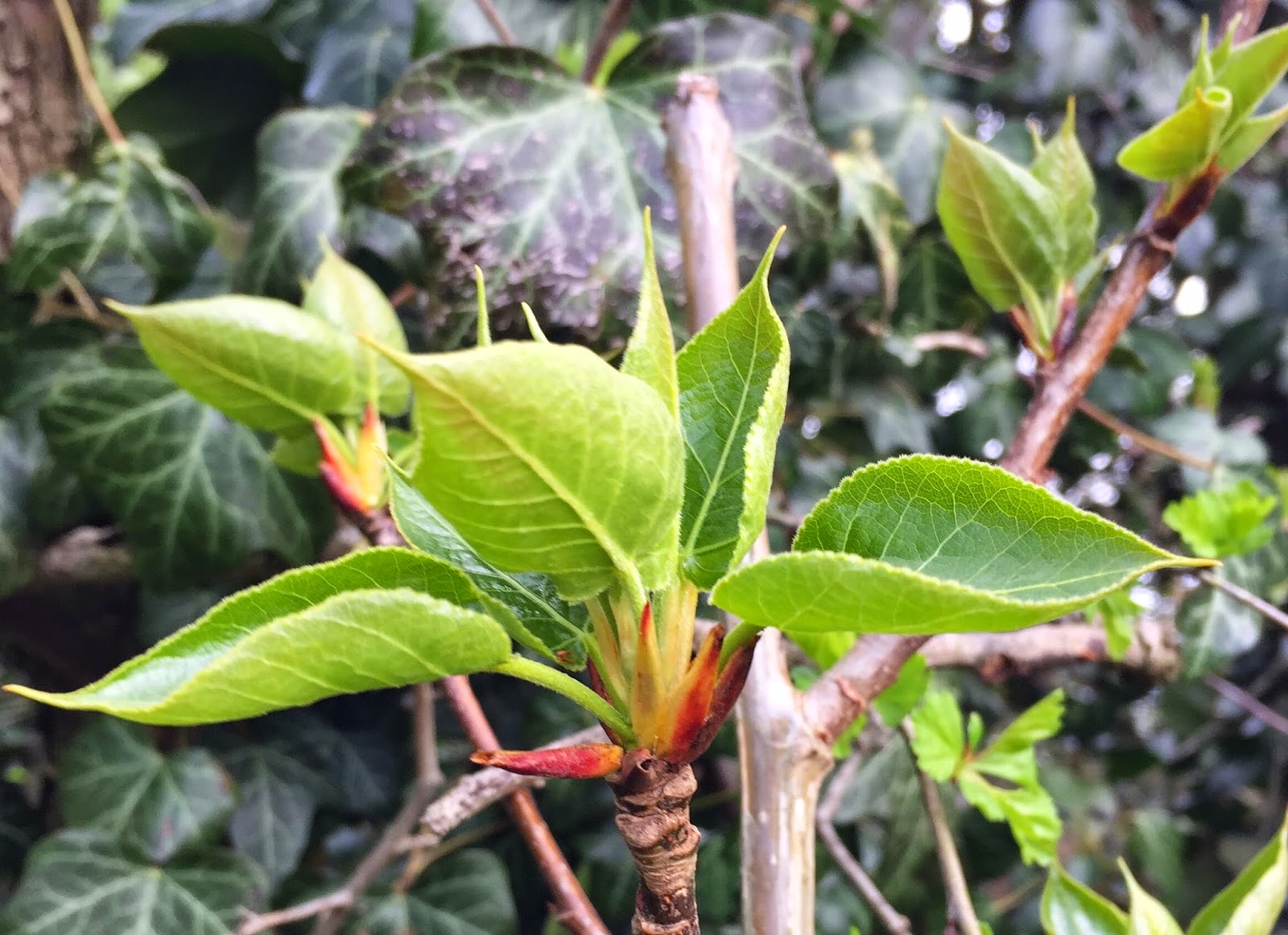 It is hard to have a plan B though when having already said, it is not a good idea to plant one of these too close to the house.  There are limited options for plan B.  In fact, the options are limited to as far away as possible one way to as far as possible away the other. 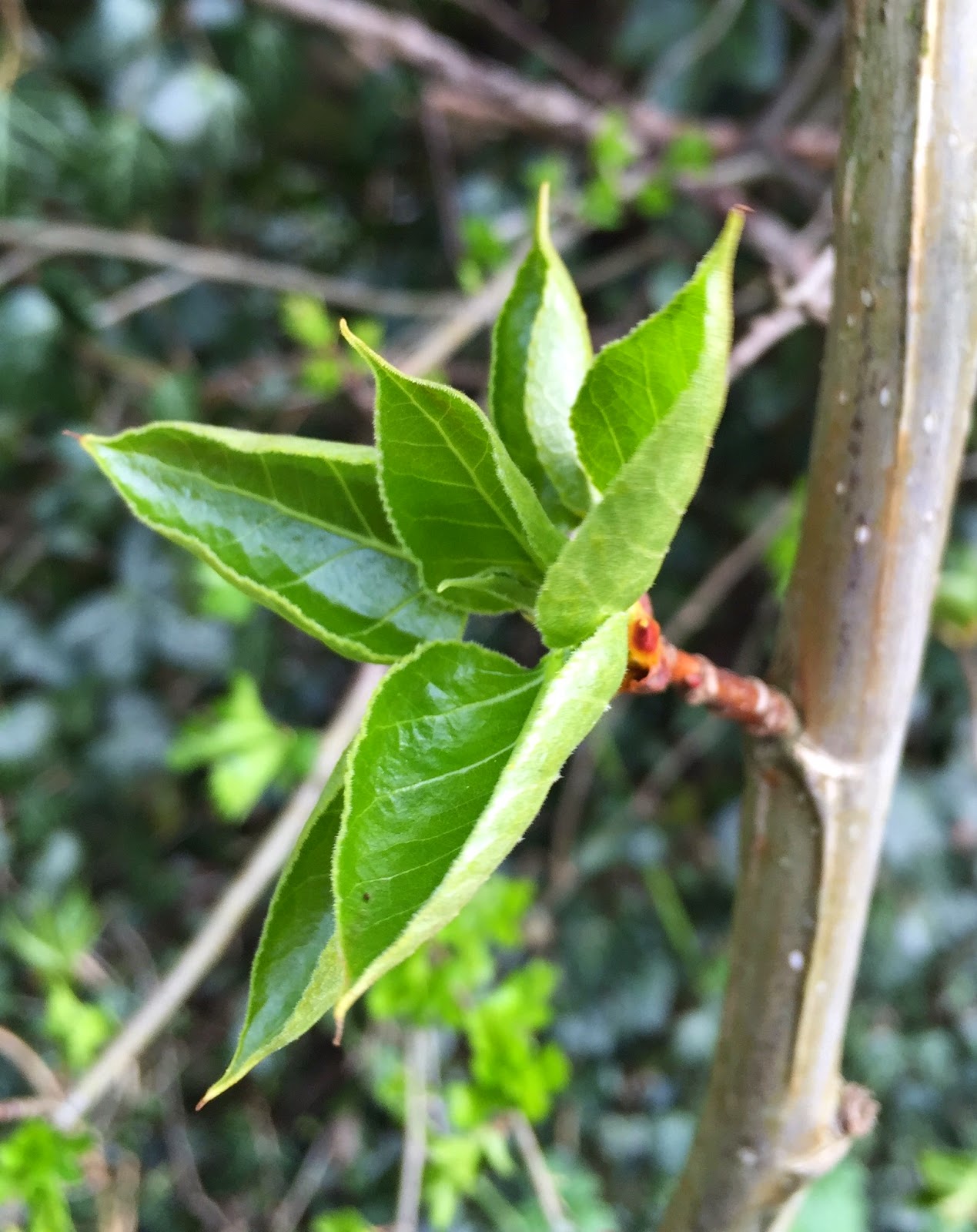 So I did what I do when I am not sure where to plant something, I shoved it into one of the veg beds whilst I considered my options even though the options were limited. 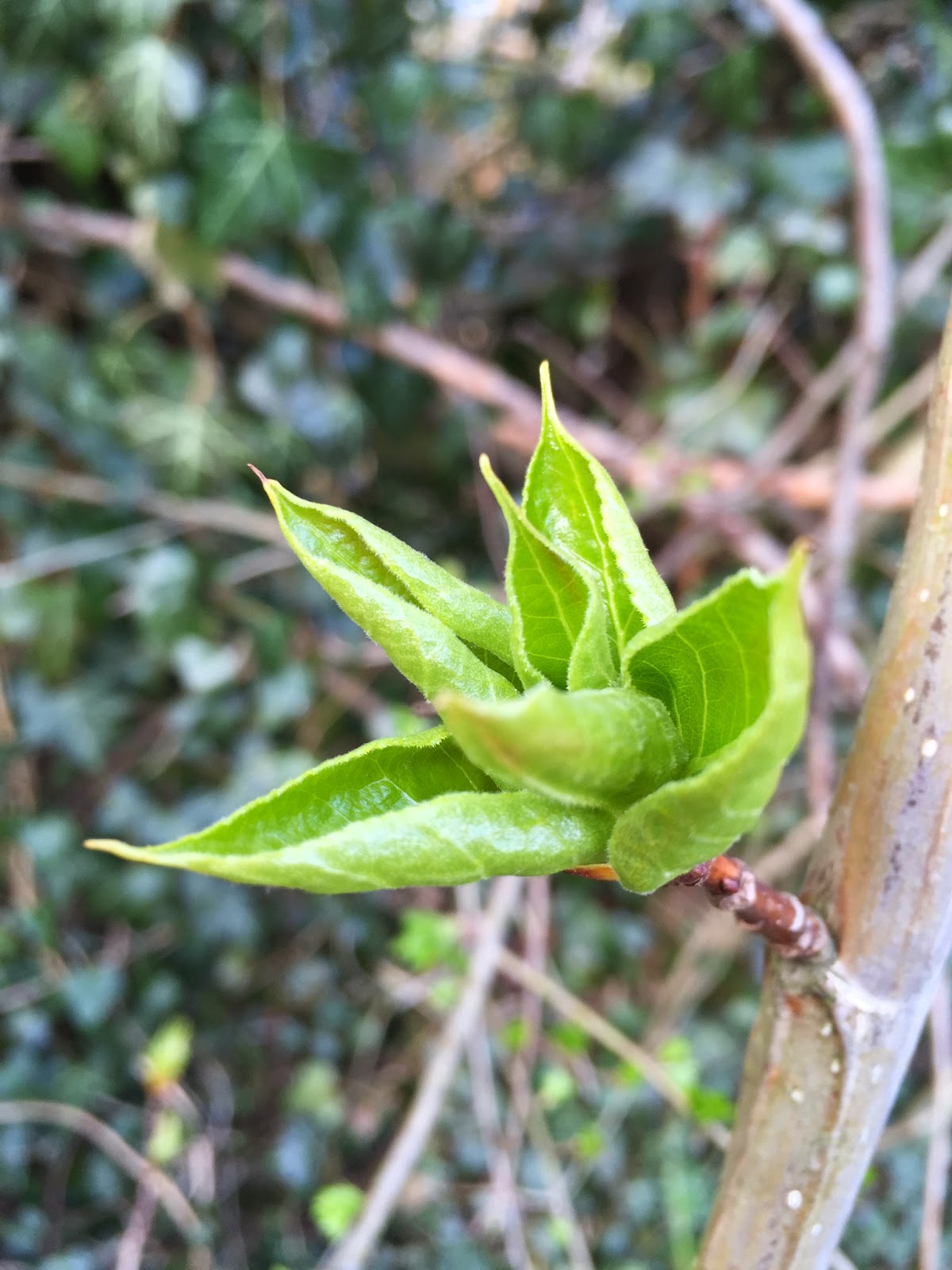 You might notice that the leaves are not very variagated, yes I noticed that too.  I cannot say I am hugely upset as I am not a great fan of varigation, I did really buy it for the name.  Of course this now makes me suspect I have not received the right tree but I can confirm that it does smell wonderful now the leaves are opening.

I finally realised where it needed to go.  Having lost the Black Poplar that overlooked the garden there I decided that it could go in the top boundary of the garden.  That way it would help plug the gap in the row of boundary poplars that run along the back of the houses.  Problem solved and the sense of place restored,  all is good.
Balm of Gilead Black Poplar Populus balsamifera Vita Sackville-West