March 12, 2015
The snowdrop season will soon be over, but there was time for another couple of visits.  I have visited Calke Abbey many times for getting on for thirty years.  To realise I have been visiting anywhere for thirty years is quite a scary thought, until I think about when I first went to visit Portmeirion...... moving on swiftly...... 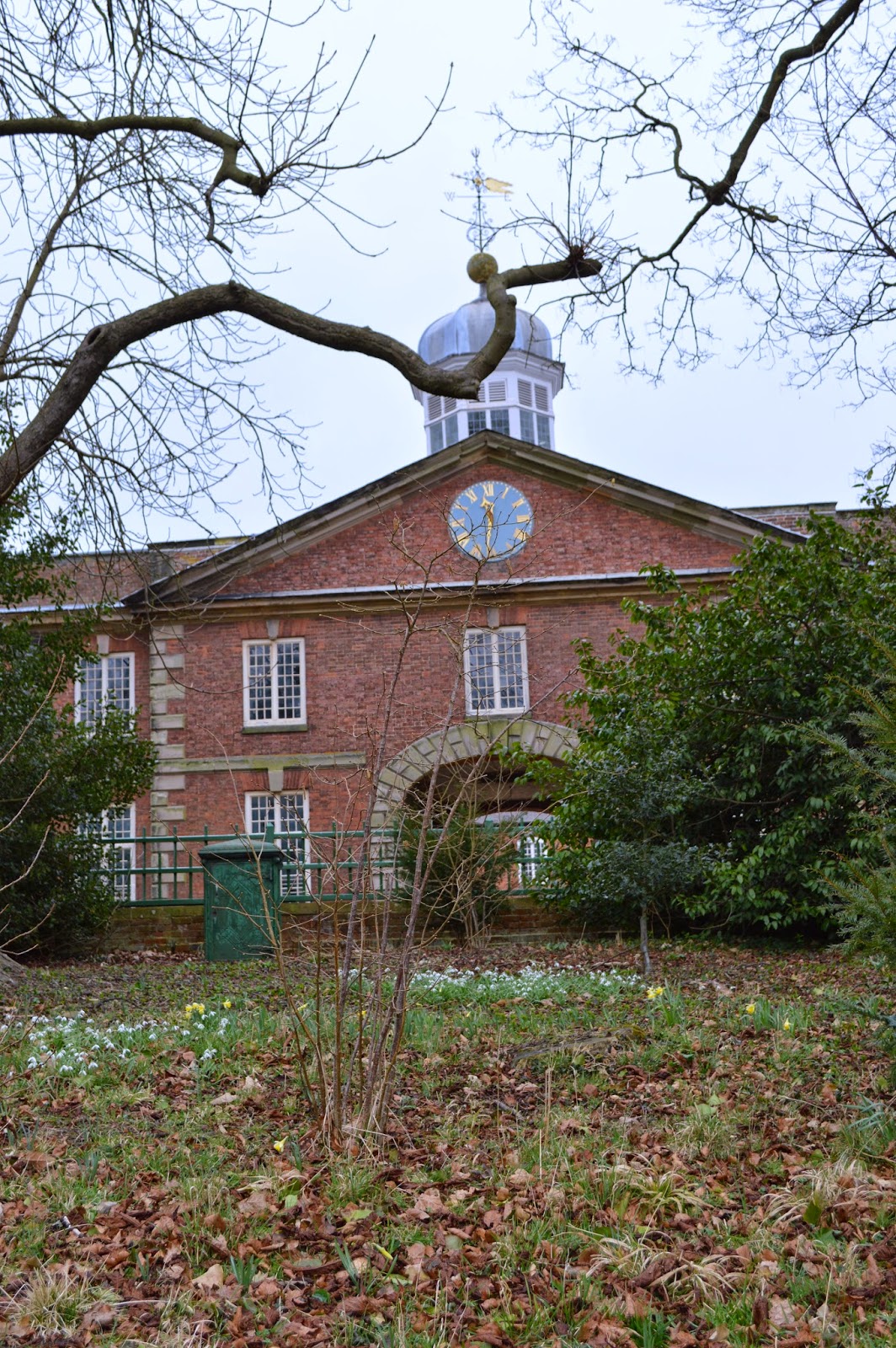 I am very fond of Calke Abbey, it is the right mix of the very familiar with there is always something new to find.  I have never visited at snowdrop time before so this in itself was a first. 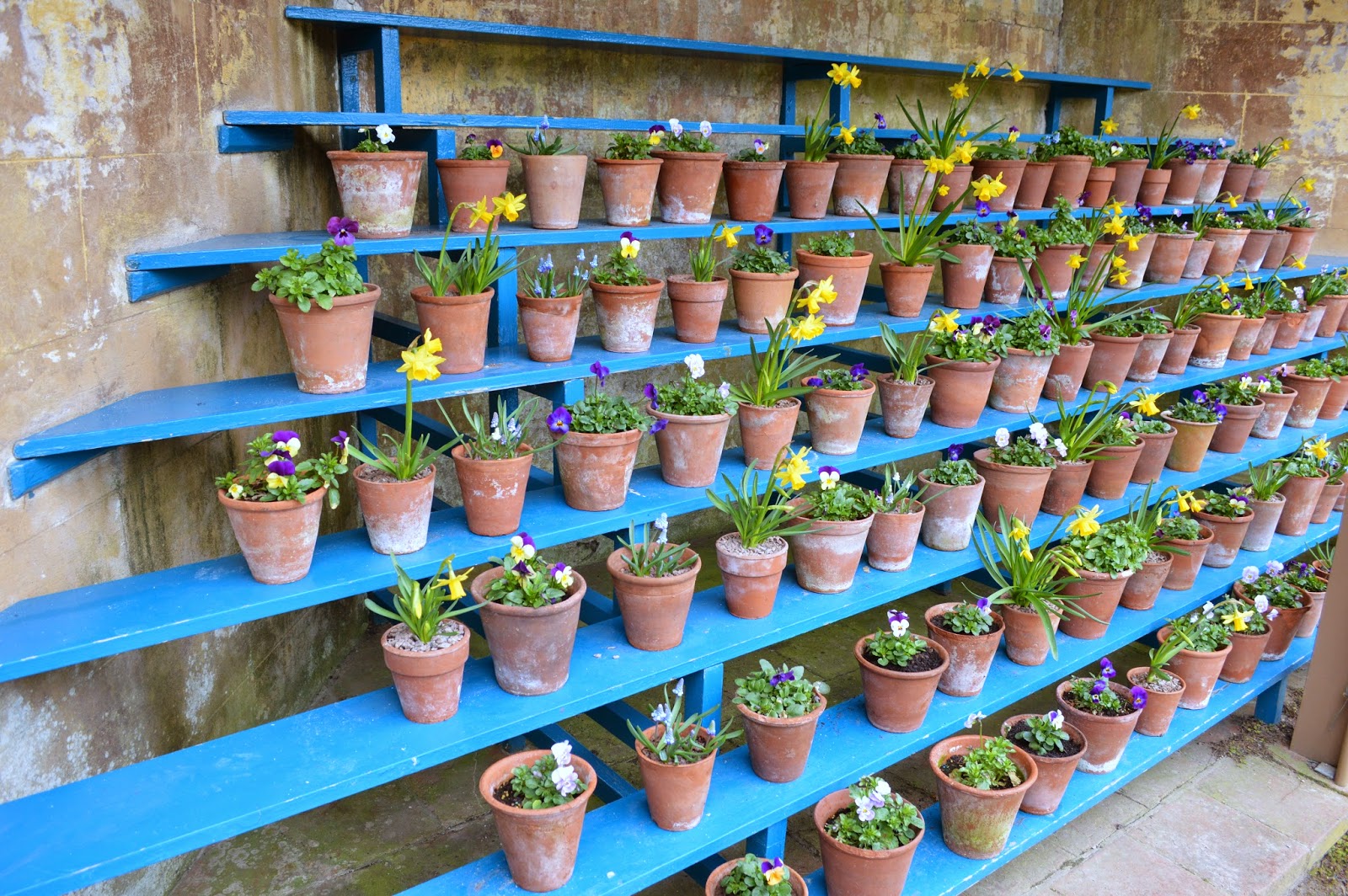 The Auricula Theatre is being used to good effect with a delightful selection of violas, muscari and narcissus. 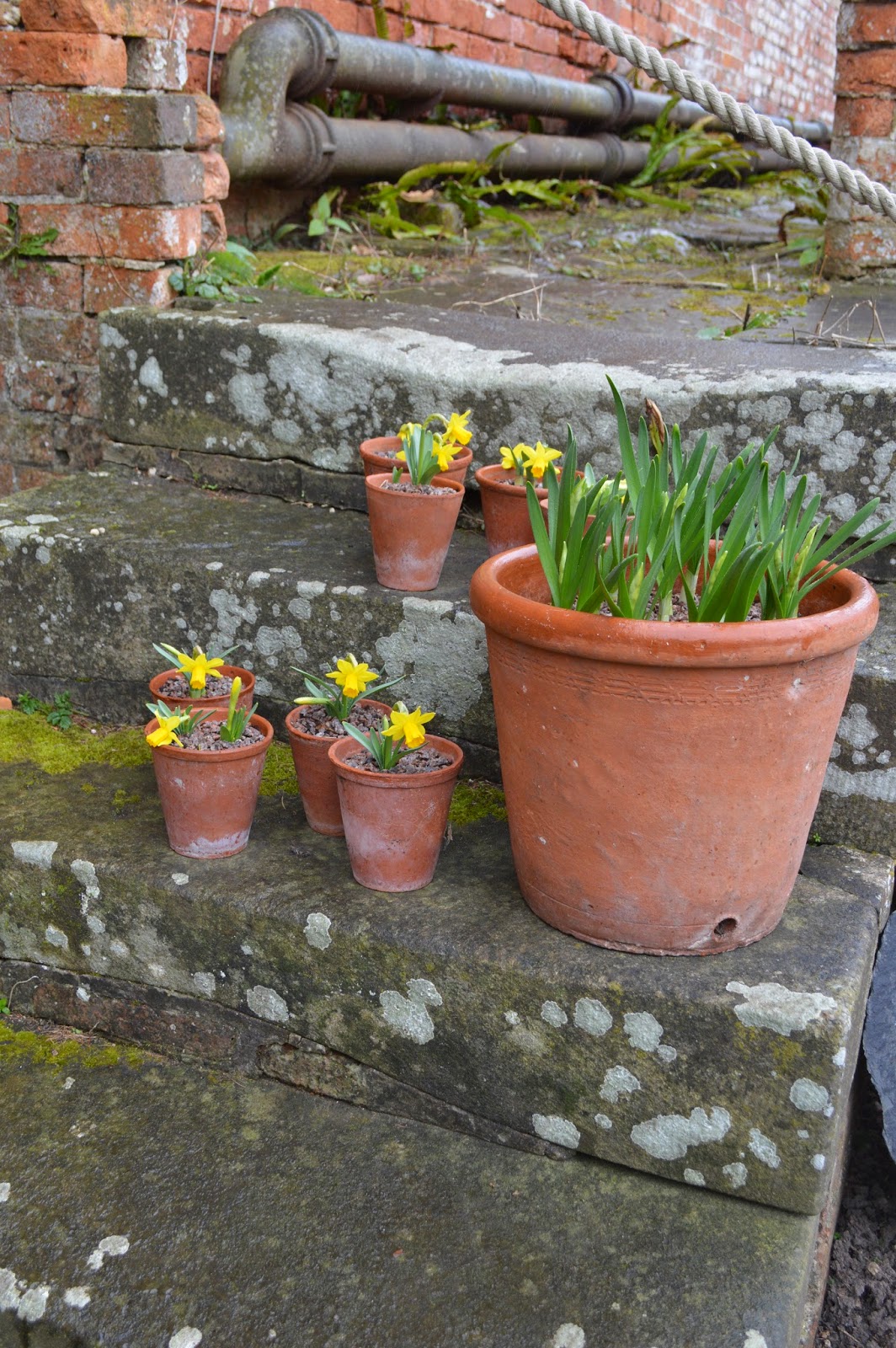 and this small display on some steps in the walled vegetable garden made me smile.  It felt like we are on the edge of Spring. 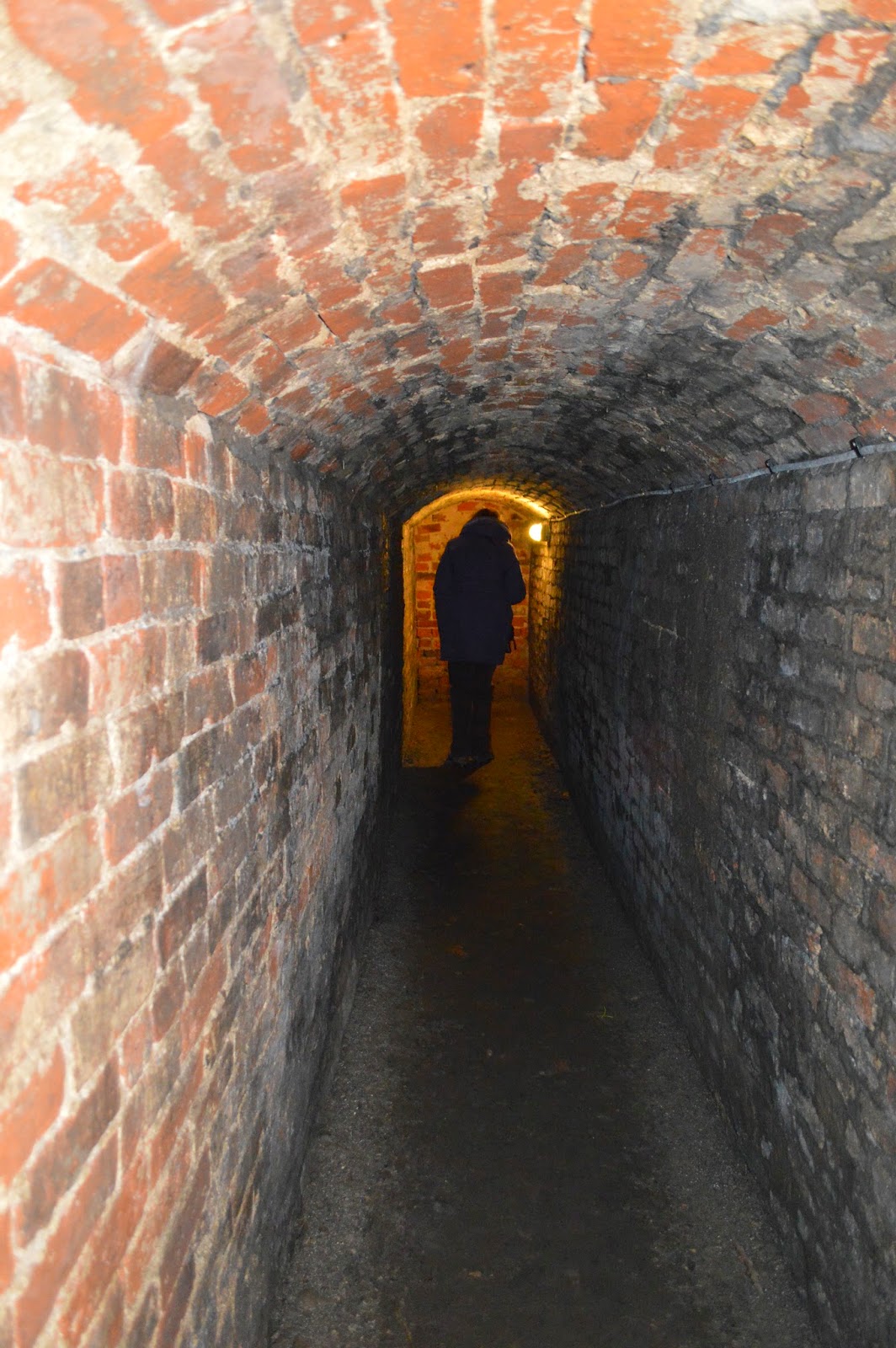 A short tunnel was explored, briefly explored, I am not a lover of tunnels. 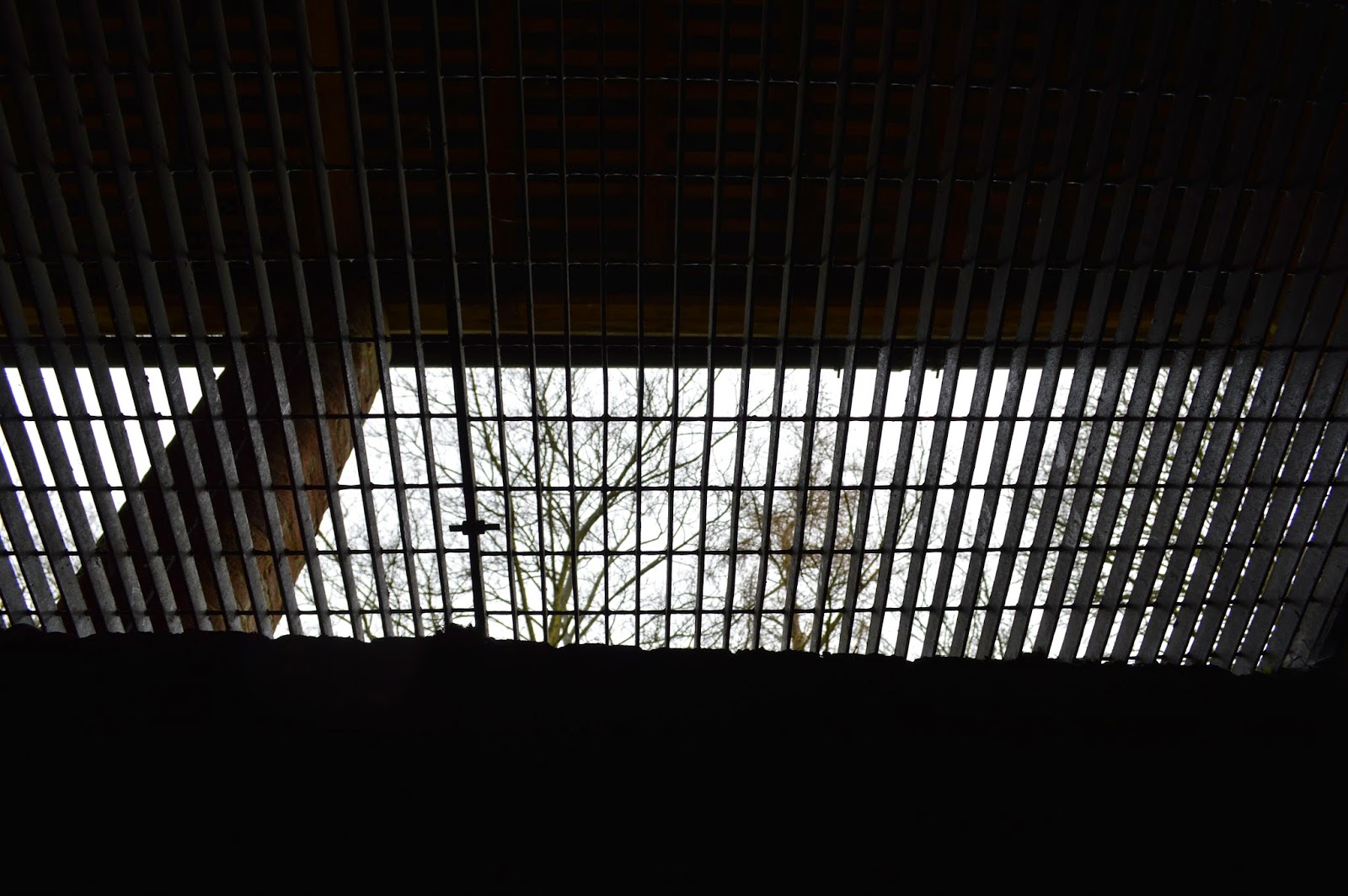 and the sky was admired through a grate. 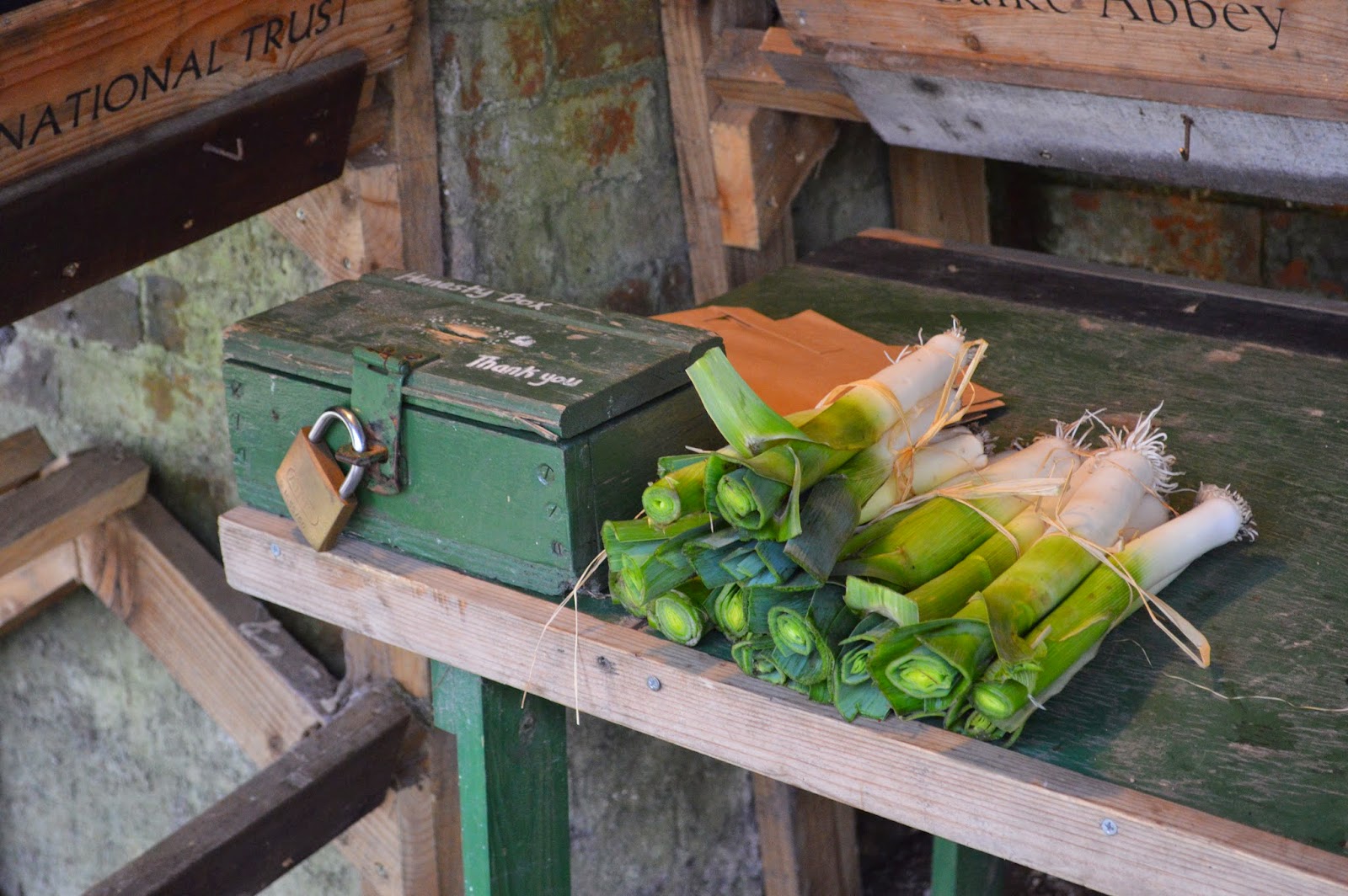 We bought some leeks, which were good leeks but it did mean that where-ever we went for the rest of the visit we could smell leeks. 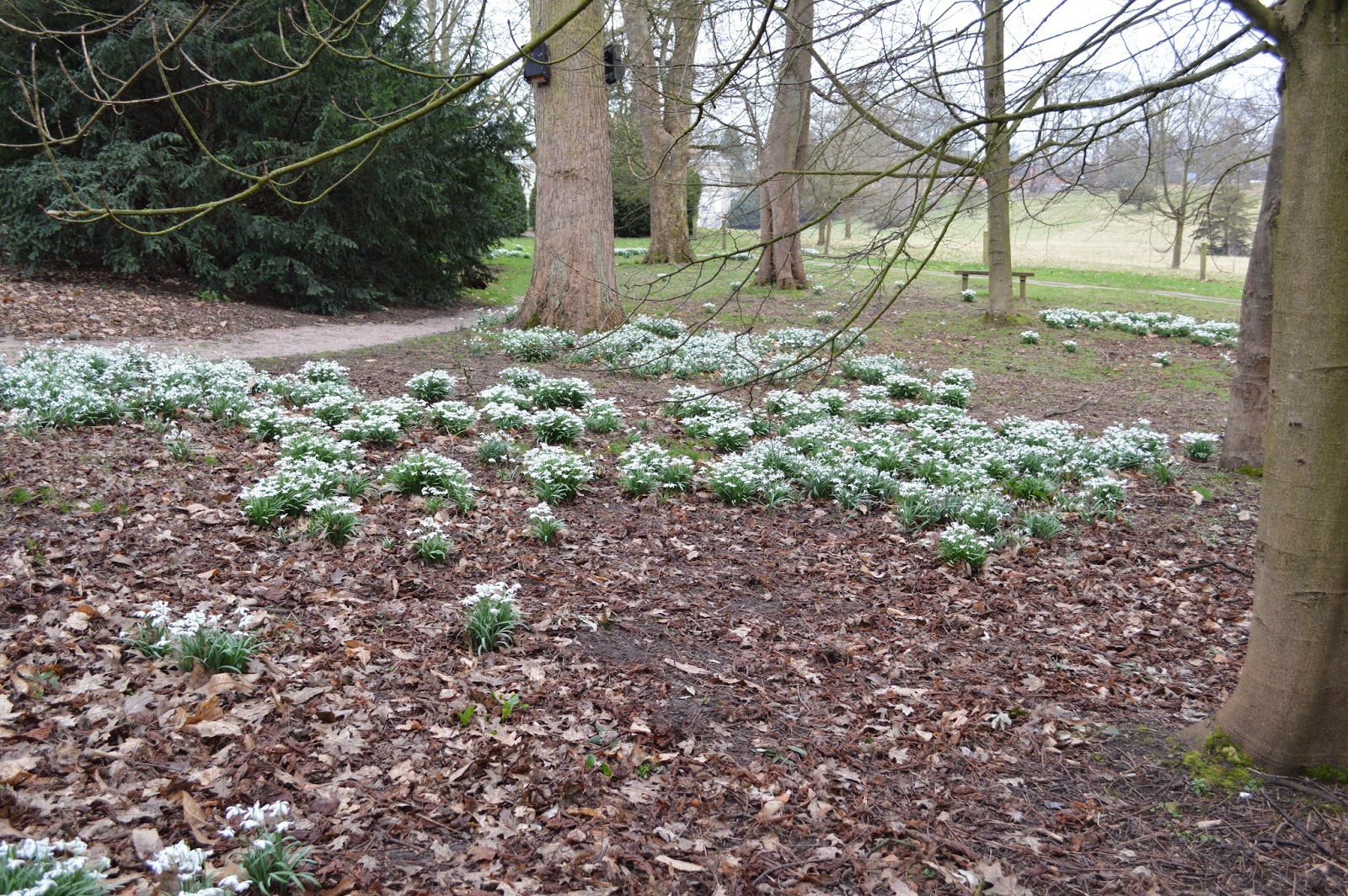 and snowdrops were admired. 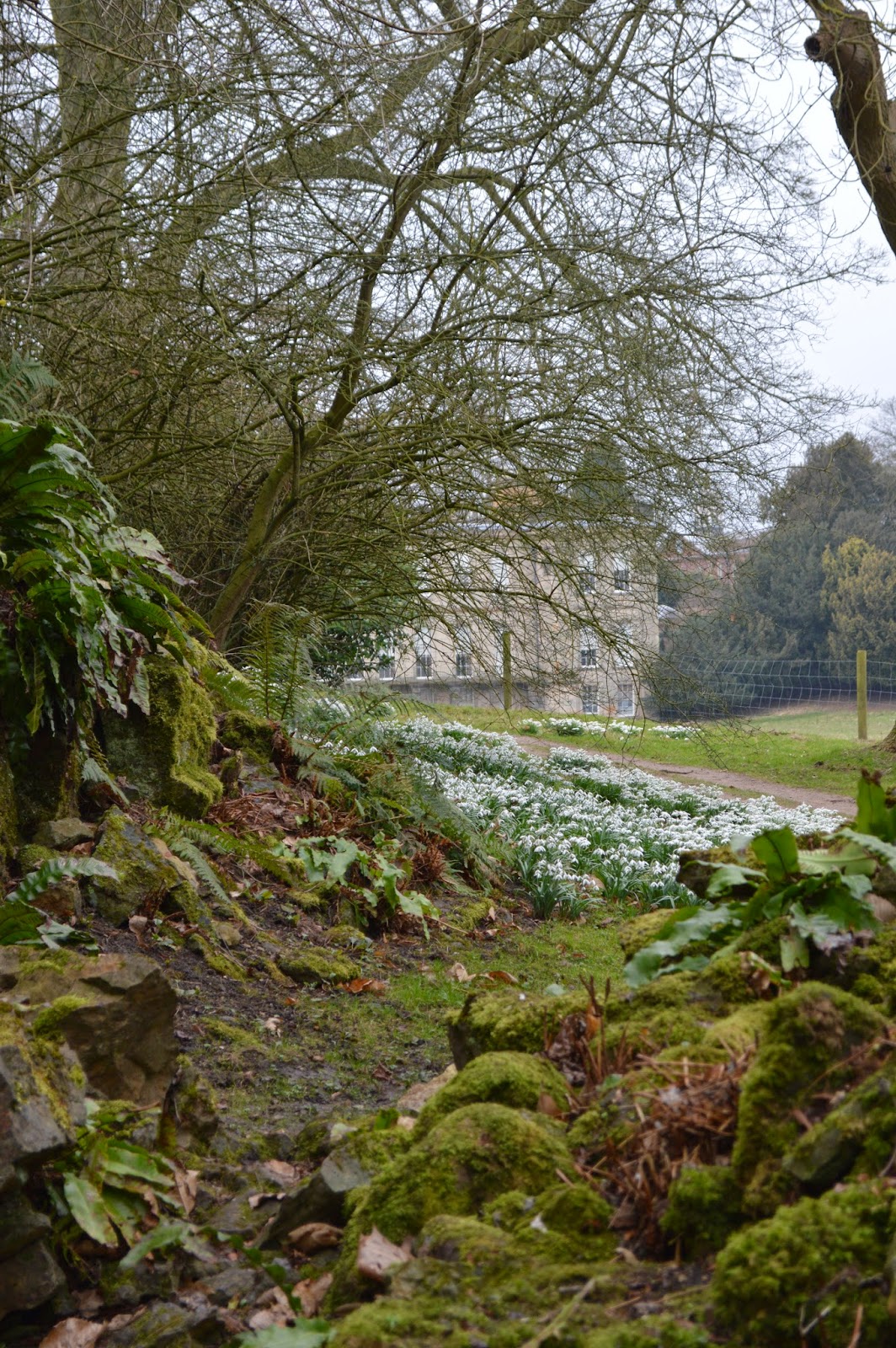 The snowdrops made a good fore-ground for the house and despite it trying its best to rain on our parade, we had a really enjoyable wander around.

We then decided, once revived by the power of coffee and walnut cake, to visit Dimminsdale Nature Reserve which is just down the road from Calke and on our way home.  You know those places you drive past frequently and yet never stop, well it is one of those places.  So this time stopped and went for a wander.  The nature reserve is the site of long abandoned lime pits that have not been mined since the late 1800s.  There are large holes and water filled pits and the day we visited, muddy slippy paths. 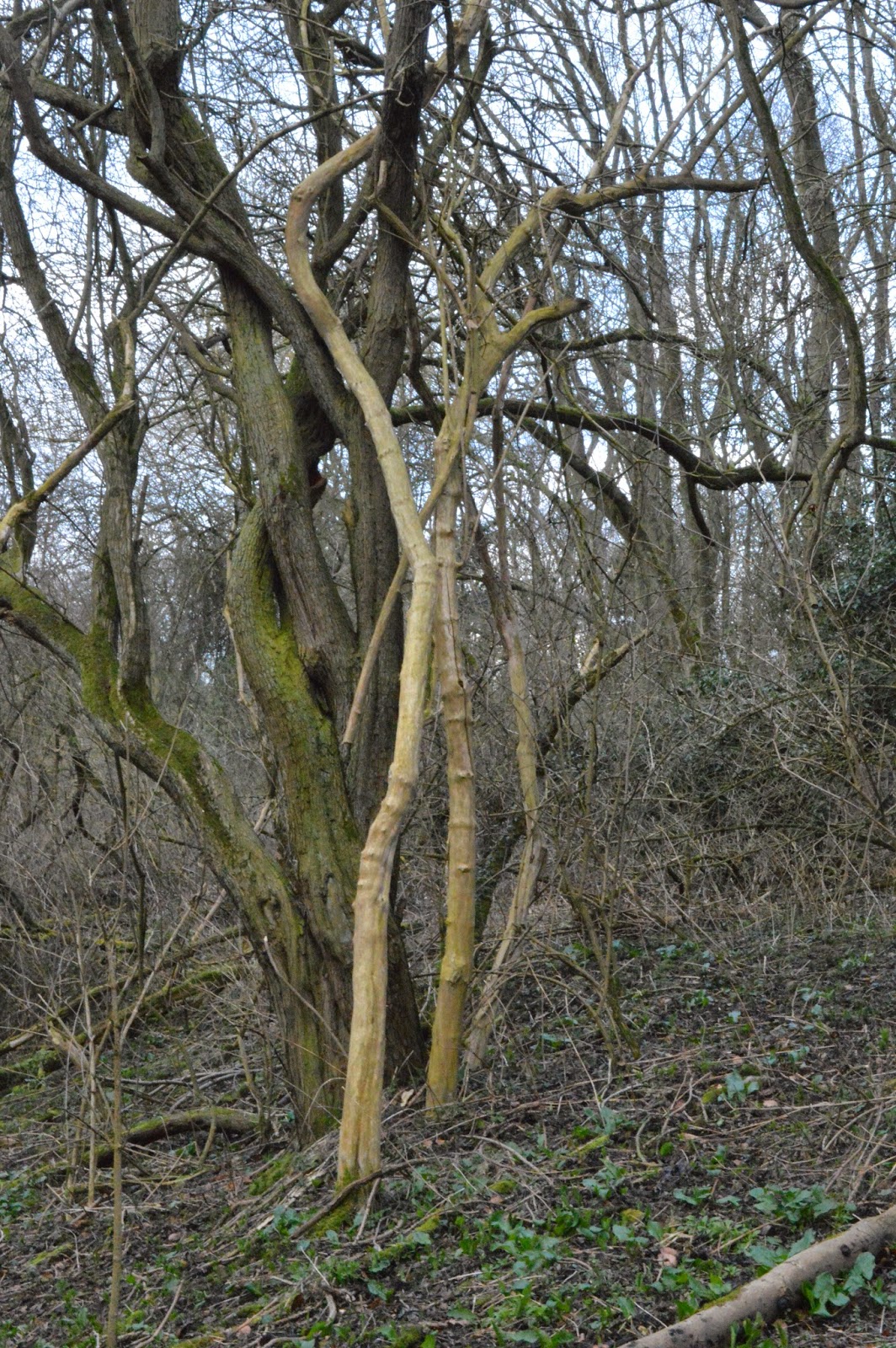 You walk along narrow paths through the trees, which are still in their winter bareness. 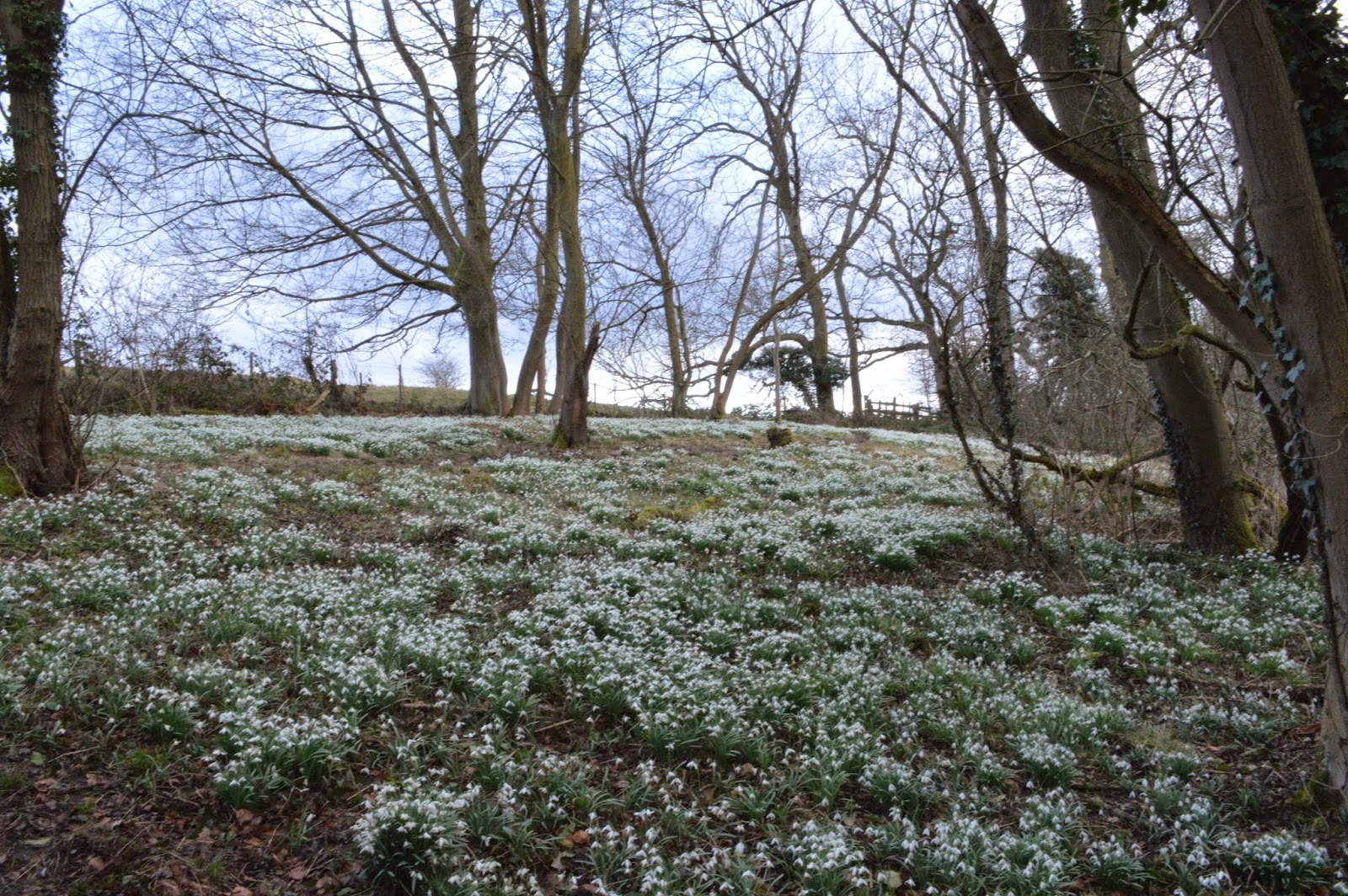 and then you turn a corner and whoomph! there they are, a real carpet of snowdrops. 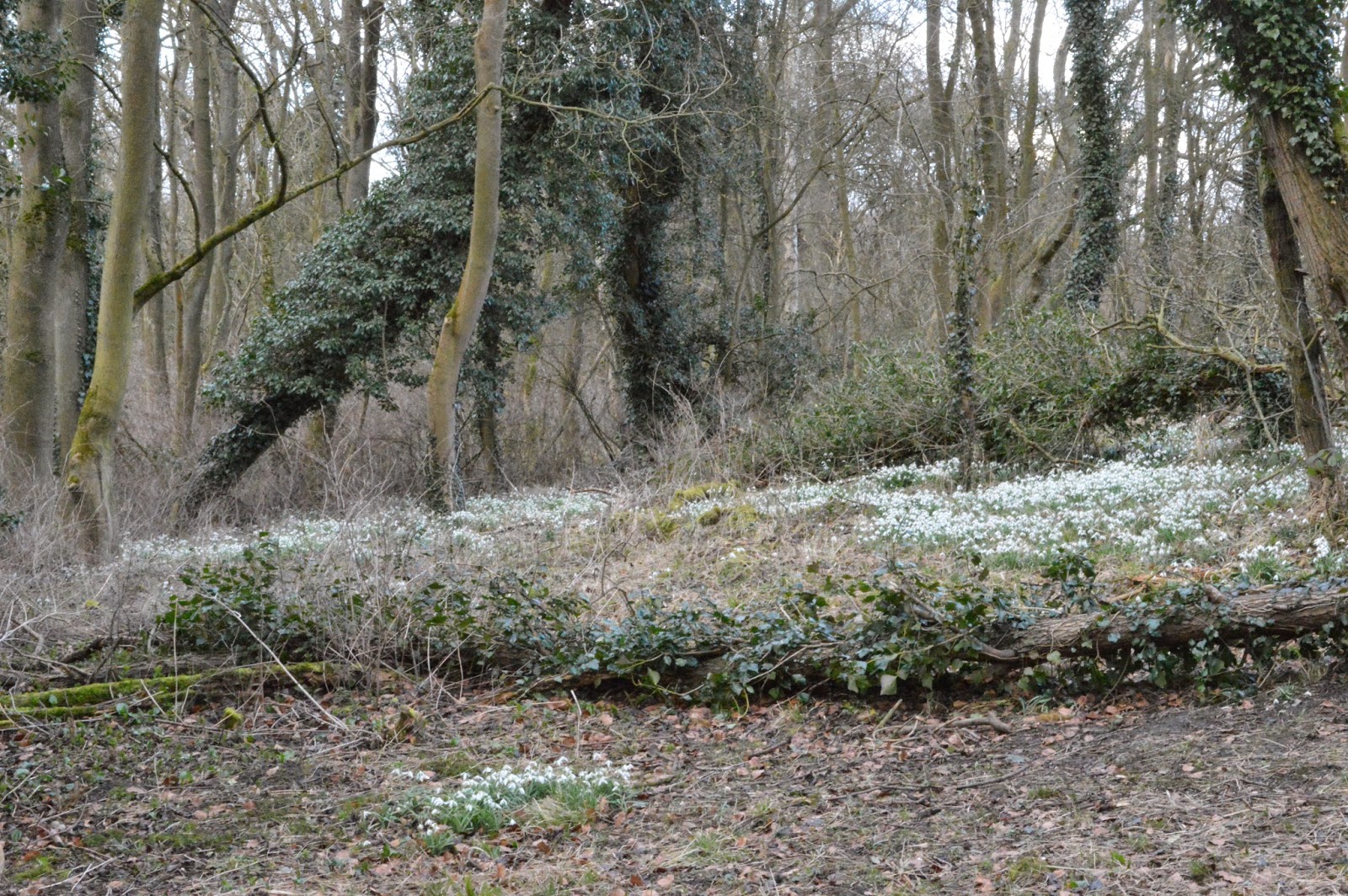 So many snowdrops, more than could be called swathes (which has been the over-used word for my snowdrop visits), pools of them or lakes would be a better description. 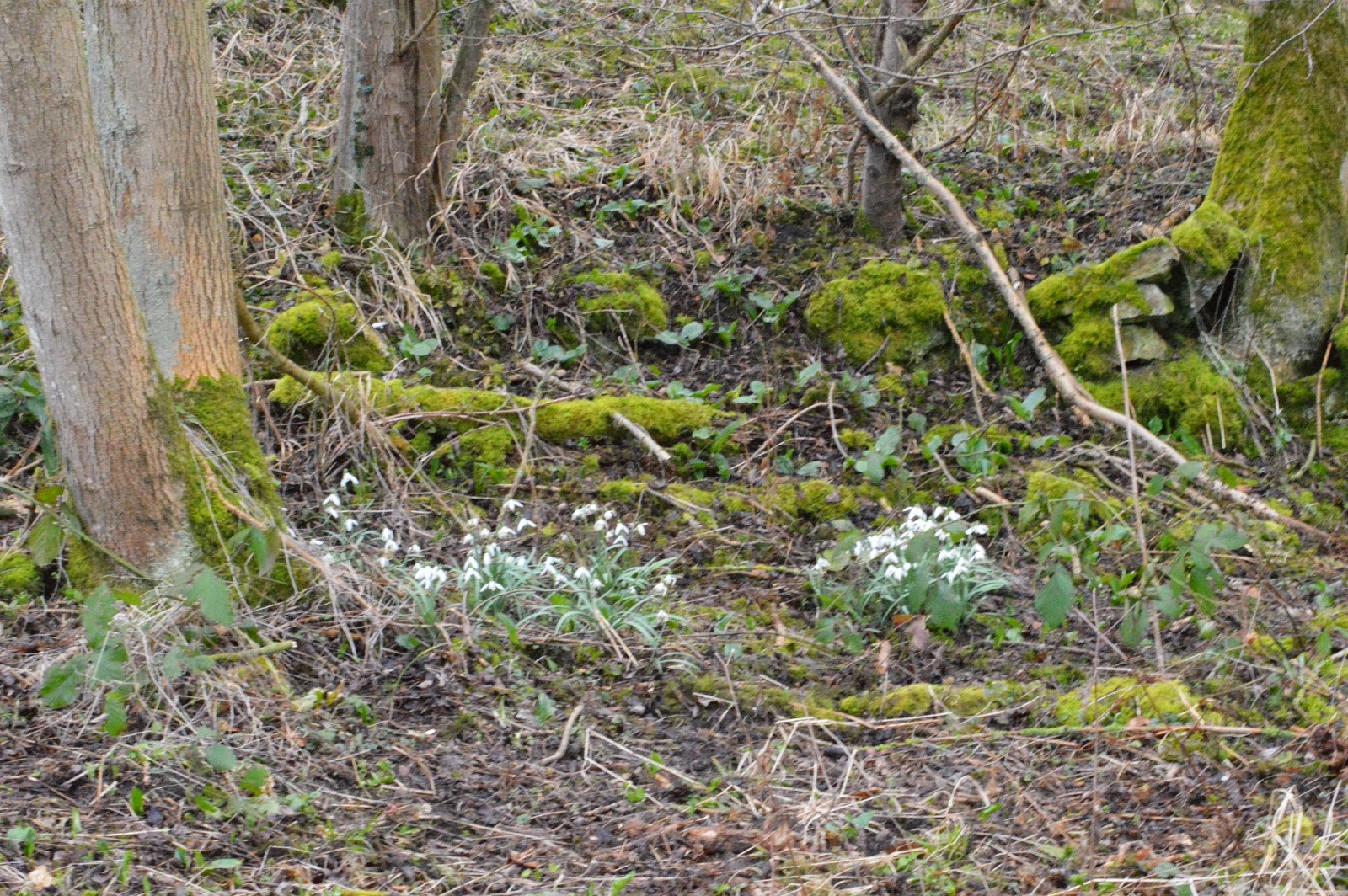 They nestle in the mossy tree roots, 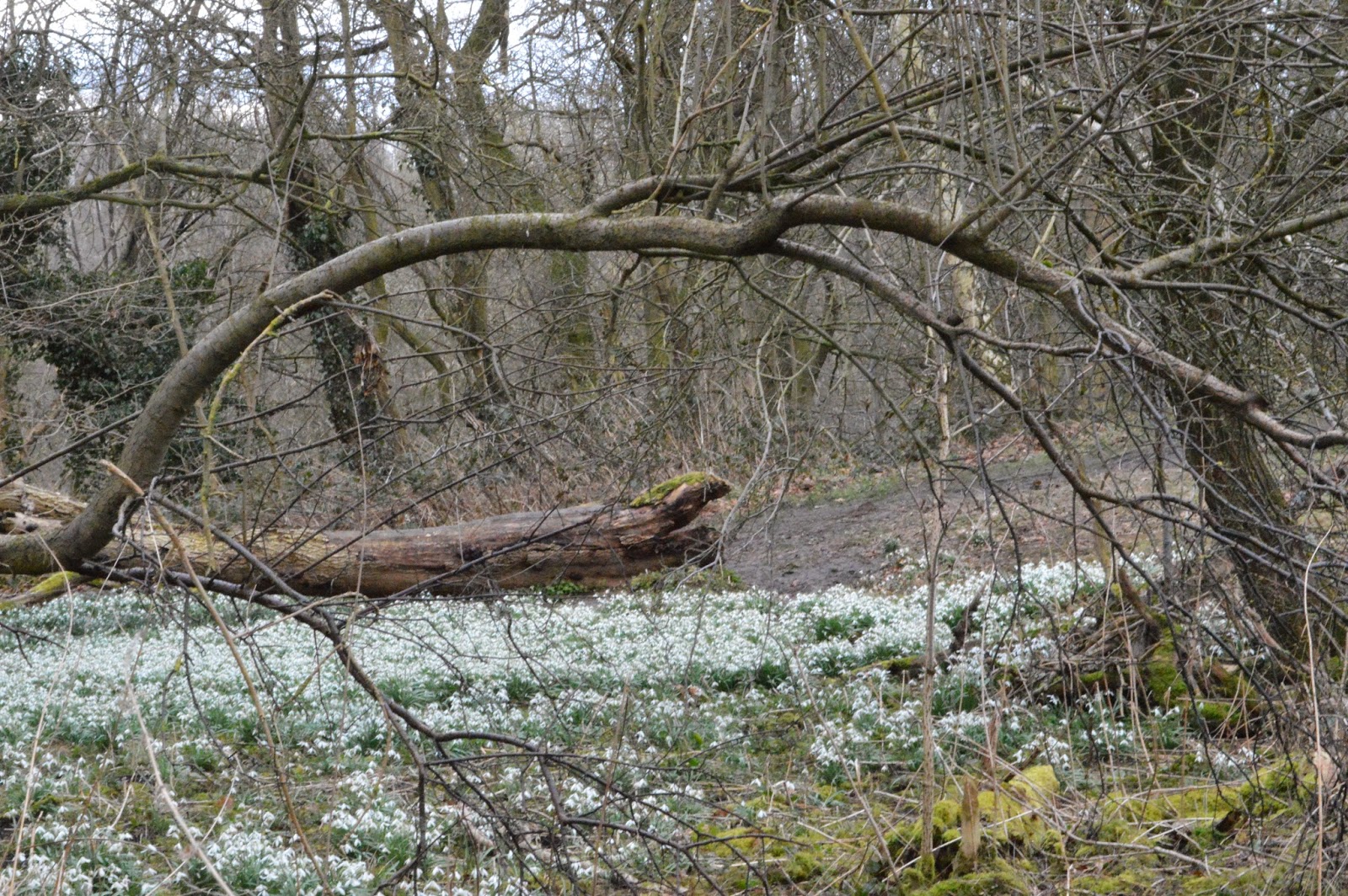 they make a sea of white, 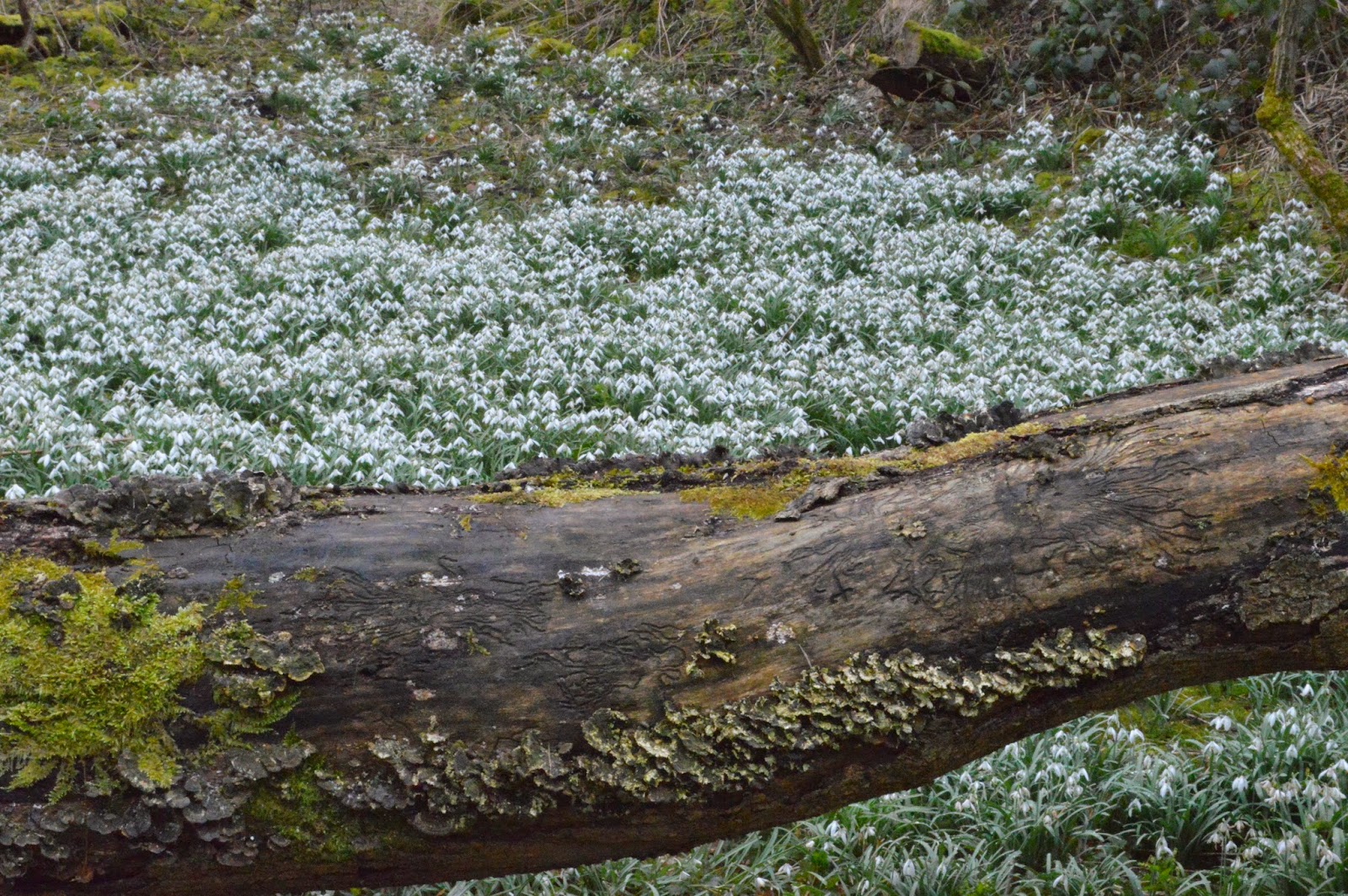 as the final visit in the snowdrop odyssey it made a wonderful finale as it was so unexpected to see so many in an area with no house near by to account for their presence.  We mused as we walked around as to how they had got there.  We pondered whether it might be linked to the legend that soldiers returning from the Crimean War brought snowdrops back with them.  We wondered if it was linked to the miners who worked the area who may have fought in that war?  Someone must have planted them at some point but you have to wonder if they knew the amazing sight that they would become?