The question of the day

January 18, 2015
It is the time of frost and rain which limits the time I can spend in the garden.  Rain means staying indoors and frozen ground means I can get outside but there is little effectively I can do.  This is frustrating and useful at the same time as I wander around the garden considering things.

These are the most recent considerings, firstly: 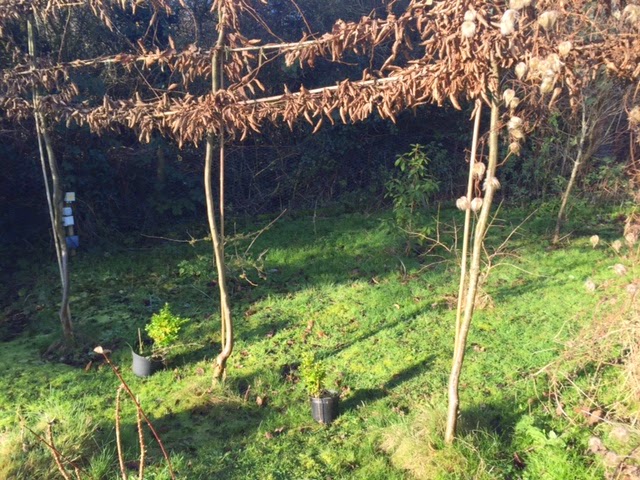 Should I add some box balls under the pleached hornbeam.  Partly I think yes, partly I think no the simplicity is better.  Even as I write this I am voting again for no, maybe this is a non-question. 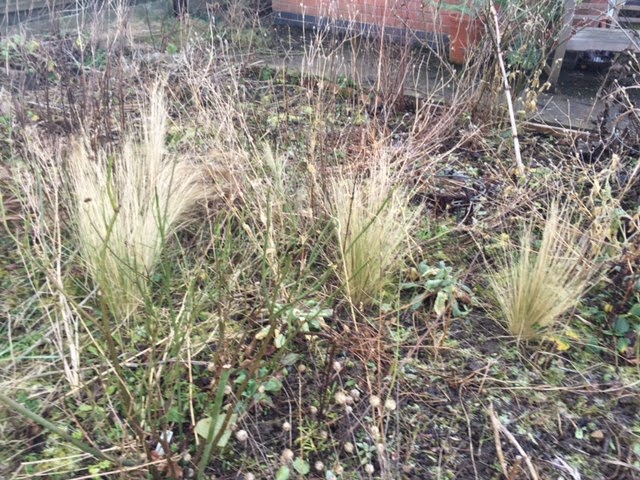 Why is there a row of Stipa Tenuissima in the Conservatory Border?  I am happy that Stipa is growing there, but why in a row?  The answer to this question is self evident too, I predice Stipa relocation in the Spring. 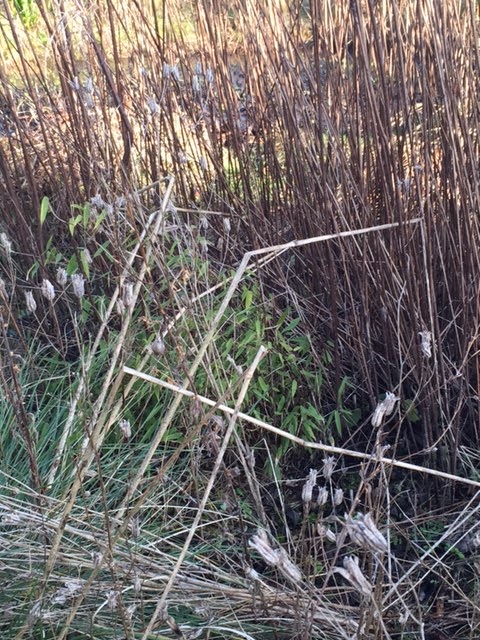 Should I move this bamboo?  Now this is a real question and I am totally undecided on this.  This bamboo has been problematic for several years now.  It was originally planted elsewhere in the garden and I relocated it as I did not like where it was.  It sits in the Pond Border now and the dark sticks behind it are Helianthus maximiliani.  If you know of this perennial sunflower you will probably know two things: a) it is a good sunflower, it flowers well and adds good height to the border year on year.  I like this.  b) it is a bit of a thug, it does need controlling, which once you realise this is not too hard to do, but you do need to keep it in check otherwise it will quickly creep and take over the whole border.  This poor crowded bamboo is testament to this creeping.

There is an issue with thinking of relocating this bamboo again though, for one thing that I have not got a clue where to move it to.  Secondly it did not thank me for moving it the last time.  It struggled and struggled and had it not been for the advice of a twitter friend (Jim I mean you) I would have dug it up and composted it last year.  The advice I had was good, it was struggling and looking weedy.  I tweeted a photo of it saying it was heading for compost and I was advised to cut it down to the ground and keep it well watered.  It did spring back up really well and has become a better plant.  So now I do want to lose it, but I do not think it is happy where it is either.