January 04, 2015
The Christmas break is one of my favourite breaks in the year as for a few precious days I can properly relax.  The down side to this is that it is not a good gardening time of year generally and this year, true to form, it snowed and was frozen for a large period of time.  This meant I had space to catch up on some garden magazine reading.  I was heartened to find that my pile of magazines only dated back to November issues, it must have been rainy in October.

My reading was productive, I think I might have identified a garden-gate that I might buy.  I have been thinking about getting a front gate since first moving here, I even have had ideas about what I want, now I might have found a solution.

I also read an article in the December issue of The English Garden called 'Buy the right garden' by Tamsin Westhorpe.  This is a good article with good advice in it.  It seems obvious, but I had never considered it particularly before, that buying a house called 'Windy Cottage' might imply it was a bit windy around there.  Probably a good job that my house was not called 'The House at Poo Corner' as that would have given a clue to its sewage farm history.  This is not really a bad thing as it might have put me off going to view which would have been an opportunity missed.   My blog is called the Blackberry Garden for good reason, I am surrounded by brambles and spend a lot of time weeding them out of the borders.  So if it was up for sale the clue is indeed in the name.

There is further good advice about your estate agent probably knowing about the local conditions and about buying a house with the right aspect and soil.  I fully admit I checked carefully the aspect of this house and in a previous move I had leafletted only one side of a road enquiring whether anyone was considering selling their house in the near future (south facing gardens only) (a ploy that worked well though did rather upset my new neighbours who had not had a leaflet when they realised I had not targeted houses I did not fancy the look of either). 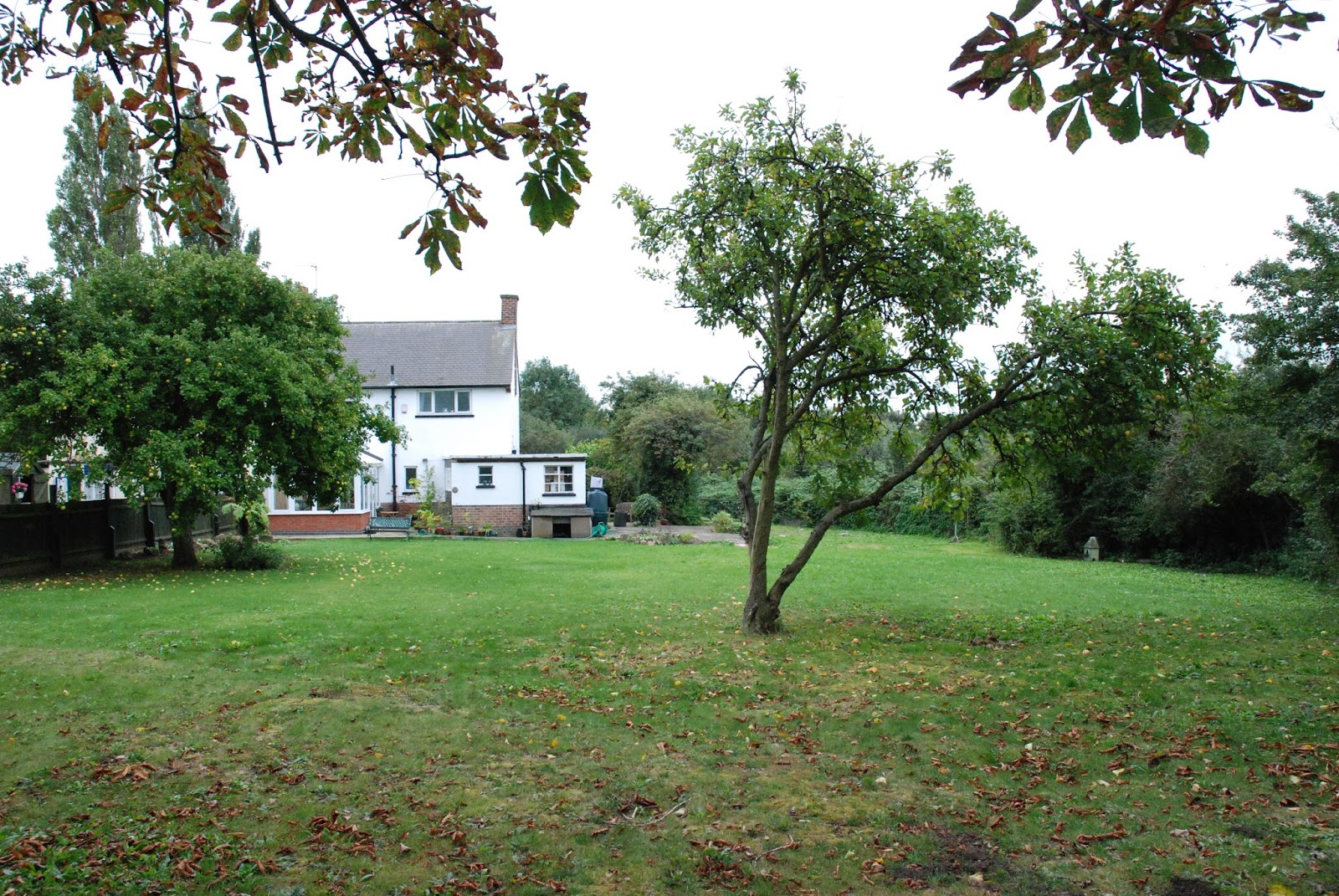 There is one part of the article though that does not chime to me though.  There is a discussion about buying a well established mature garden such as Abbey House, Malmesbury which is currently for sale and a further discussion about someone buying a garden that opened for the National Garden Scheme.  Now I know that for many people to move into a garden where it is all done and all you need to do is maintain it is a good thing.  I know this, I do not understand it from my own very particular point of view, but I can see how to many people it is a good thing.  For me though the main attraction of my house was that the garden was pretty much a blank canvas.  It was almost totally laid to lawn.  There were a couple of trees in the back garden and a couple of roses but that was pretty much it.  The joy of this garden to me is that I look out and I see my own creation.   It has its disadvantages in that it means that the trees and shrubs are still young and still have a long way to go before they mature, but the borders come on a bit more every year and are a real joy to me.  I am not intending moving in the near future so I have time to wait.  I know I am lucky in this, if you move regularly this is not an option open to you. 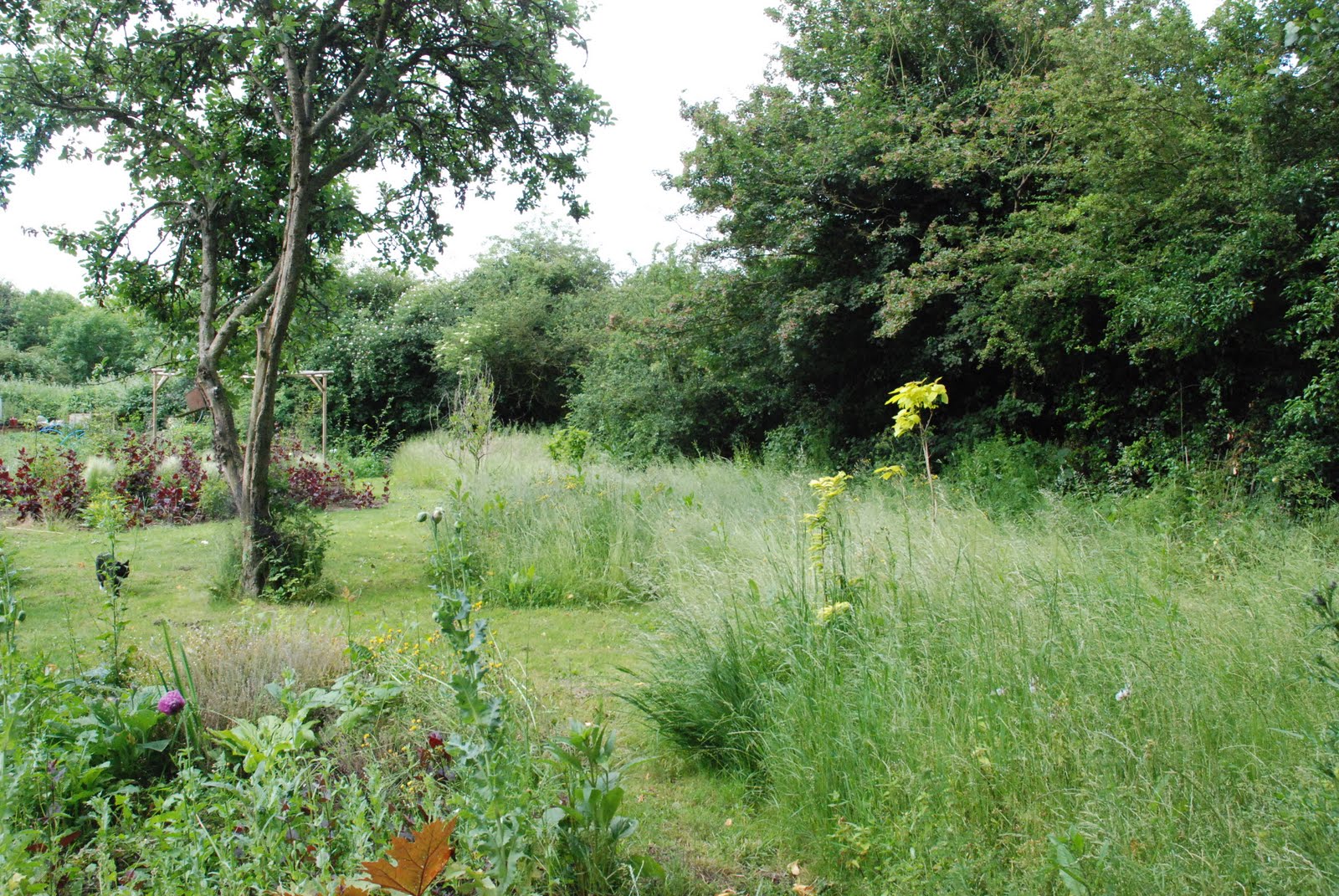 It did set me thinking, can you imagine the pressure on the next owners of the Abbey House?  A garden I have visited a couple of times and rate highly.  The new owners may wish to dig it all up and start again.  There would be howls of protest I am sure if they did so, yet it is their garden and they are perfectly entitled to do with it as they wish.  No, such pressure is not for me (ha, like I could afford anything like that anyway!).

I have been known to stand in a neglected garden and consider how wonderful the underlying structure is and that with only a bit (lot) of work it could be restored to its former glory.  That sort of thing does appeal to me, but that is probably as it would still give me a lot of scope to do as I wish with it as well. 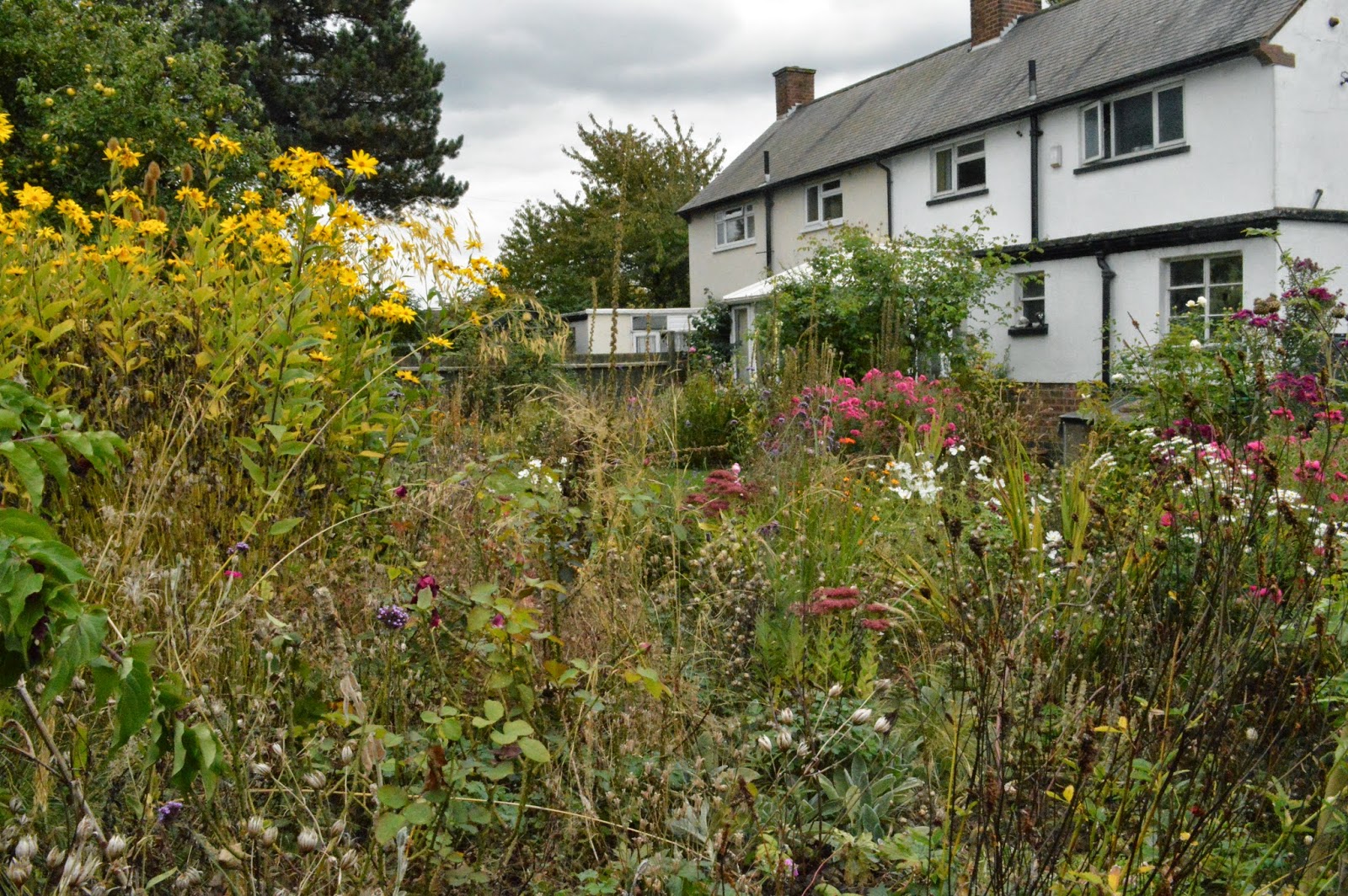 Getting advice on buying the right garden is important.  I have previously said I bought the garden and the house happened to come with it and I cannot believe that when I next move house it will be any different.  Knowing what you are buying matters.  Knowing where the sun is, what plants are thriving and what more importantly are looking a bit sickly all give vital clues.  As said above I have no intention of moving in the near future but if I do I think it is unlikely it will be to Windy Cottage, Flood Towers or Foggy Bottom, no, the House at Poo Corner suits me just fine.
Abbey House Malmesbury The English Garden