The driveway project - there has been progress

December 14, 2014
Way back in May I wrote about starting work on planting up the driveway to my house.  This has been a pretty much ignored piece of land since moving here several years ago.  The time was right though for something to be done and to make it into something a bit more pleasing. 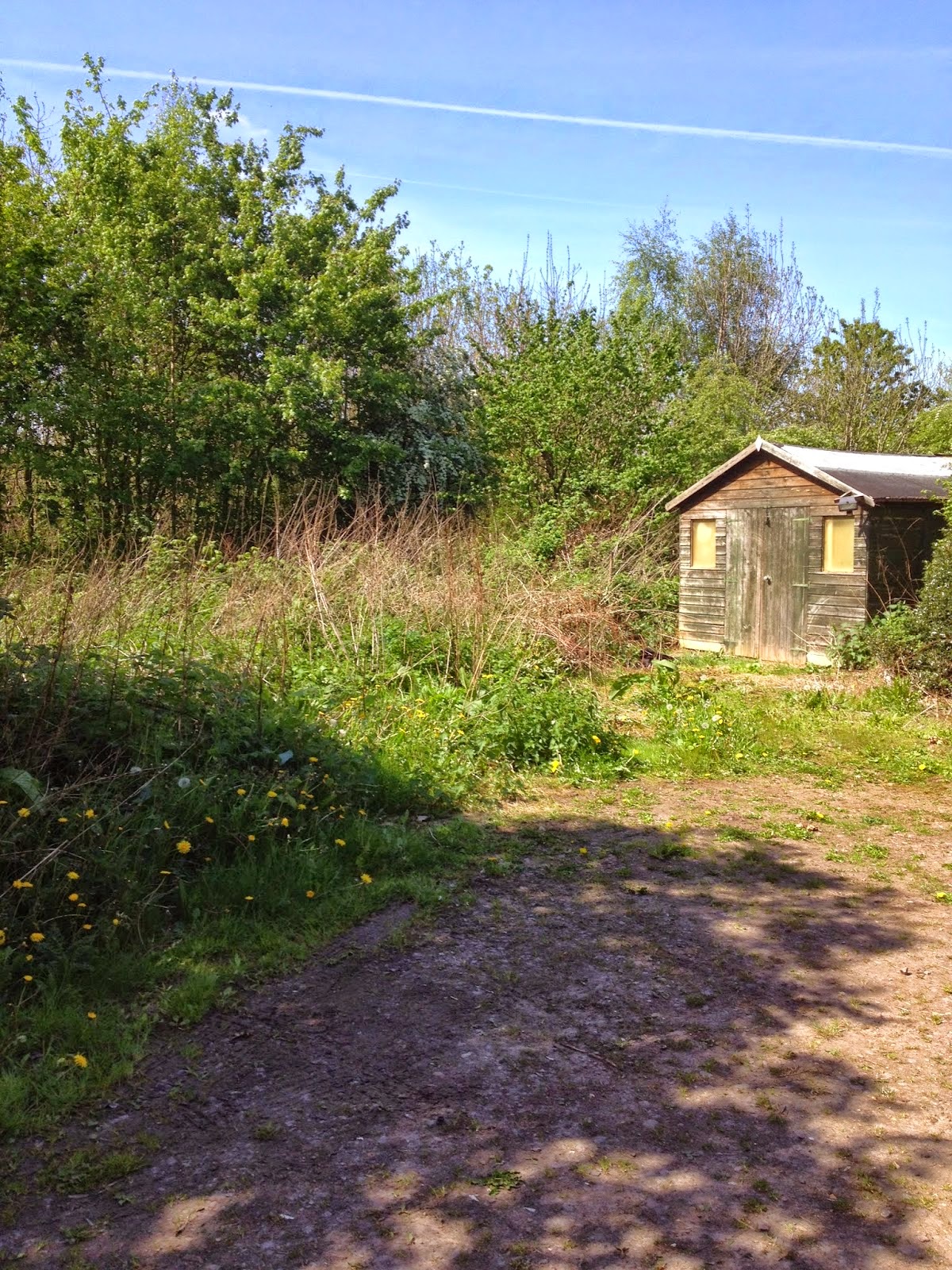 The driveway started off as very overgrown, very brambly and very nettley. 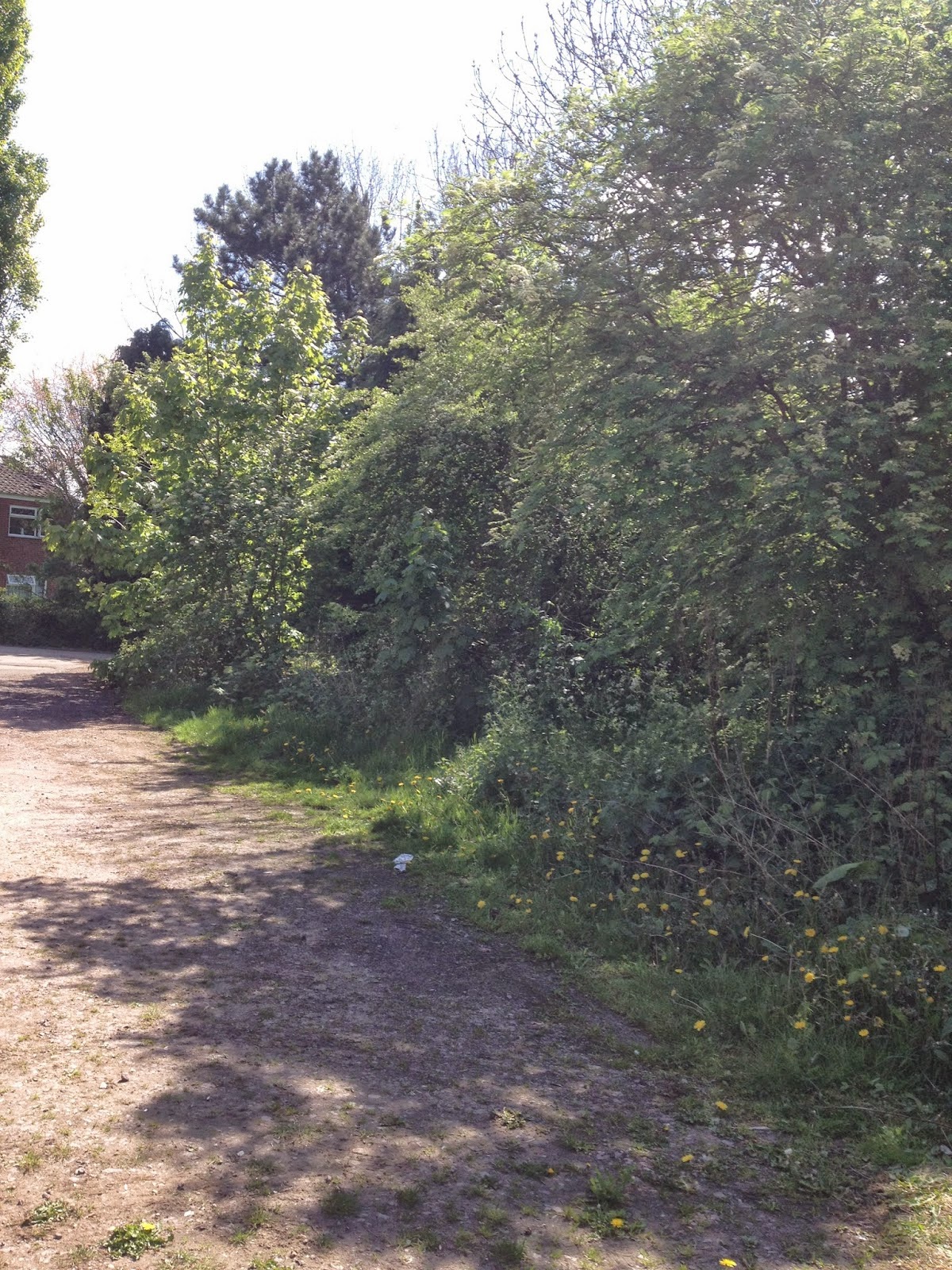 I do not want it pristine and looking particularly gardened, but I do want it to look a little more like someone loves it. I also need to keep the bottom end of the drive where it meets the lane as rather prickly and inhospitable to people.  I don't want passing people to think they can dump stuff there, leave litter or generally mess up the space.  I love its wild look and want to encourage it to develop as it was already trying to without my interference.

During the year I have added some plants, there is the pin oak I have already written about. 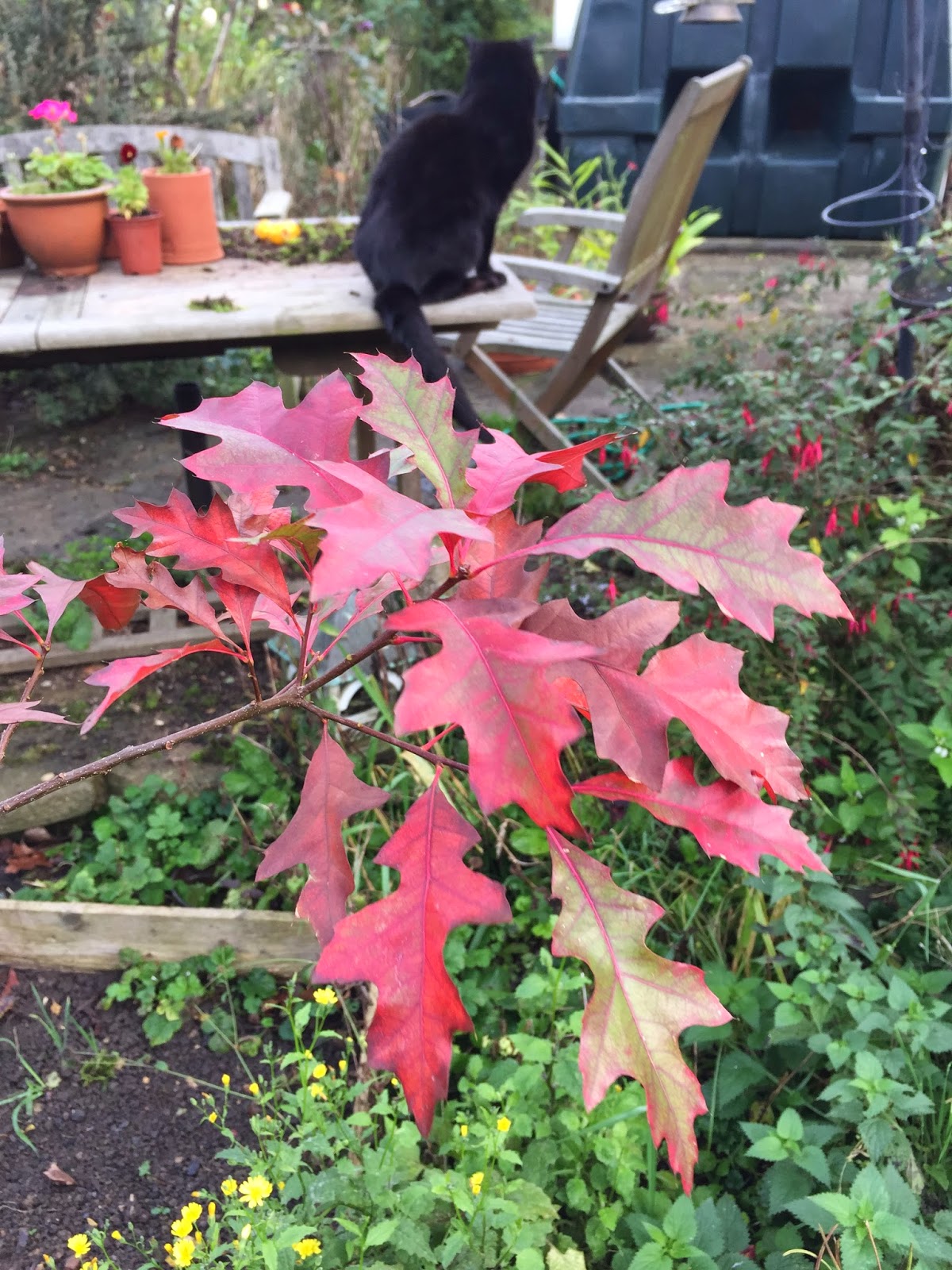 I also planted out a Catalpa purpurea, which I have great hopes for.  It was flowering when I planted it and so hope that it will flower again next year.  Also I have planted a few hydgrangeas, some fuchsias and a Magnolia grandiflora 'Little Gem'.  This is a rare planting of an evergreen for me, I am  not a huge fan of evergreens but this one is rather special so it has been allowed through. 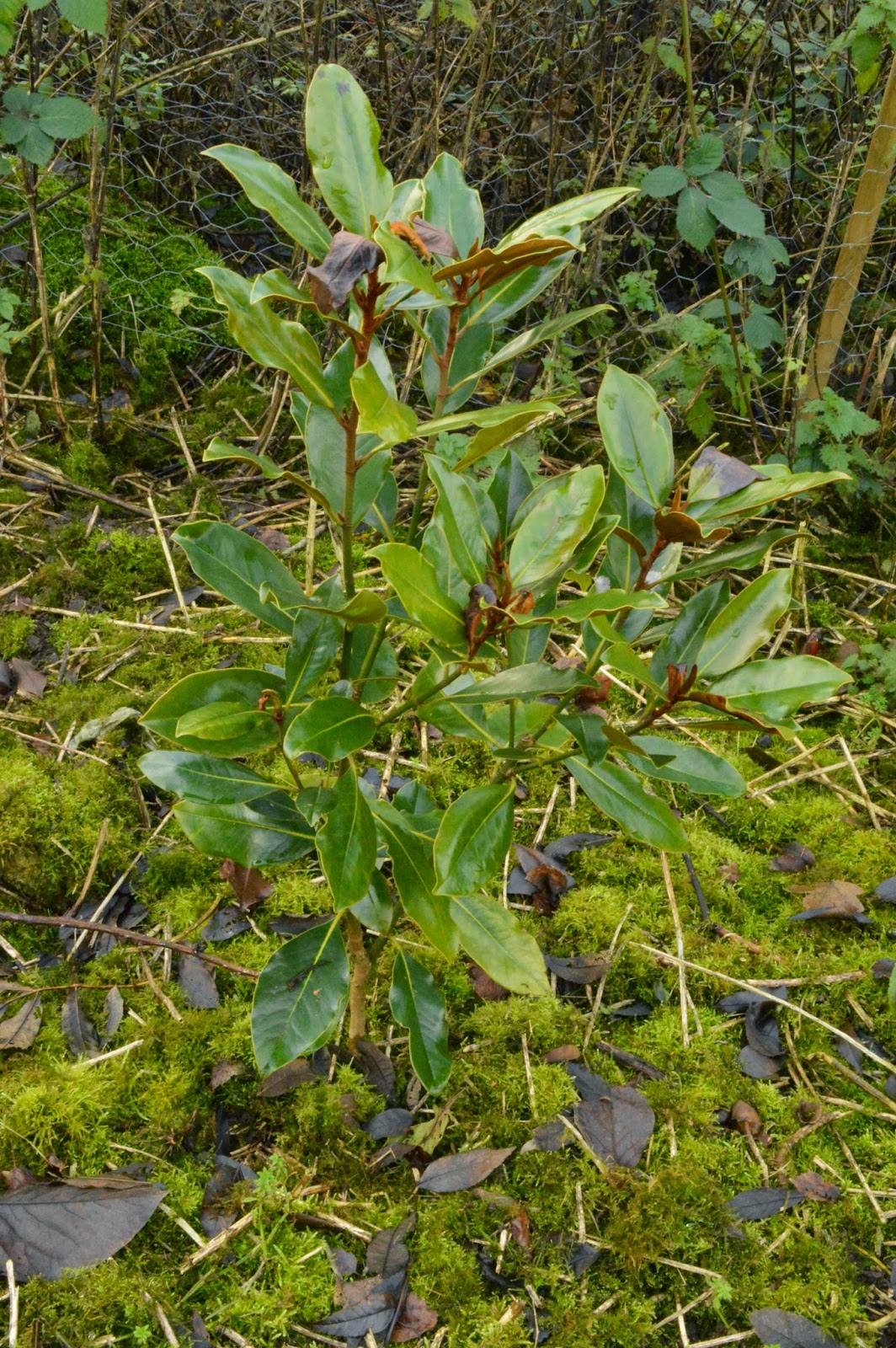 Some white foxgloves and verbascums have been added and quite a few narcissus which I hope will naturalise.  I have even (when I finally got around to it) painted the front of the shed so it looks a bit better. 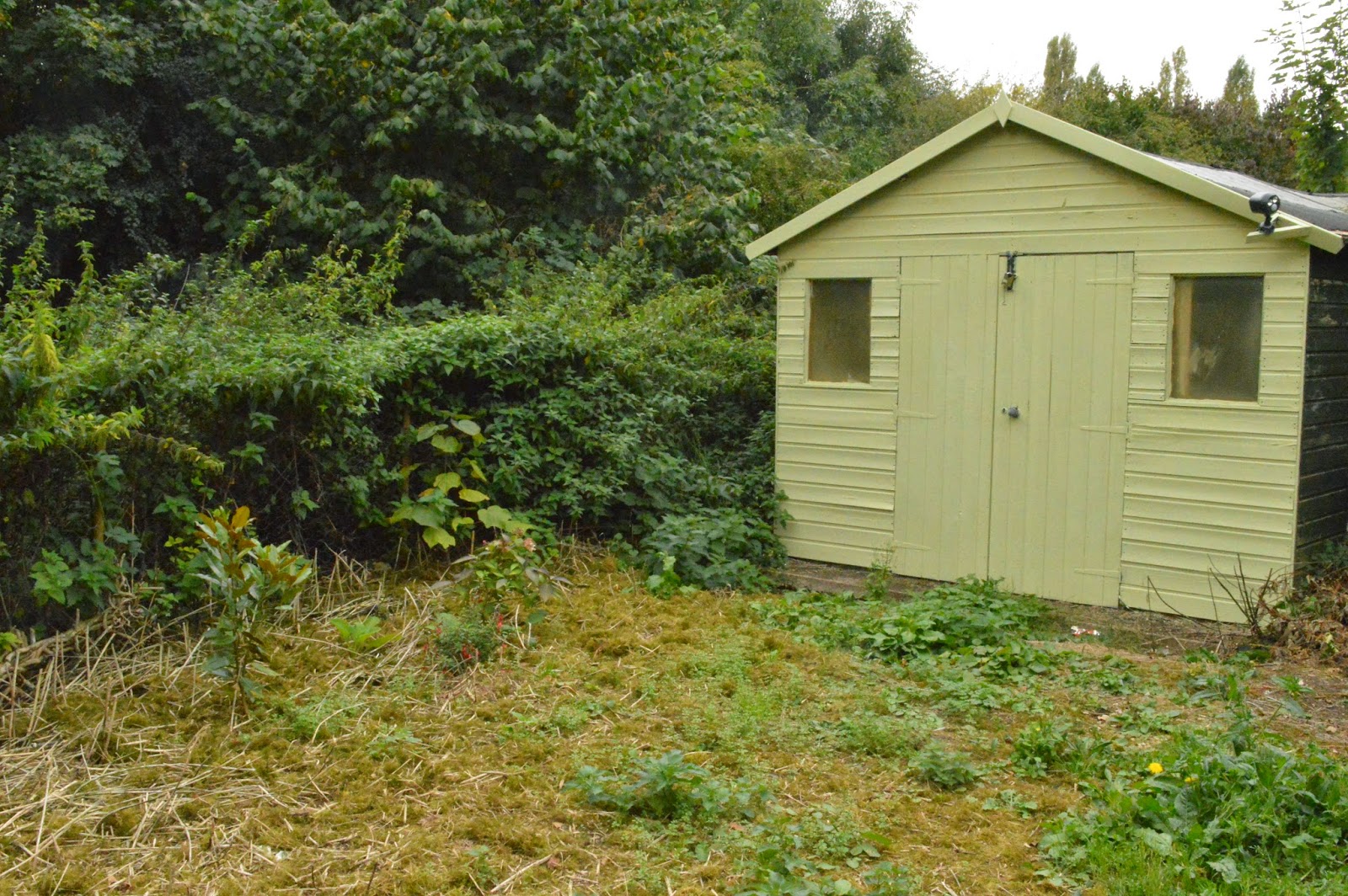 I knew that the main bulk of the planting though had to be done during the dormant period of the year when it was best to plant bare-root trees and shrubs.  The order was duly made (and added to) and then it finally arrived at the beginning of the week. 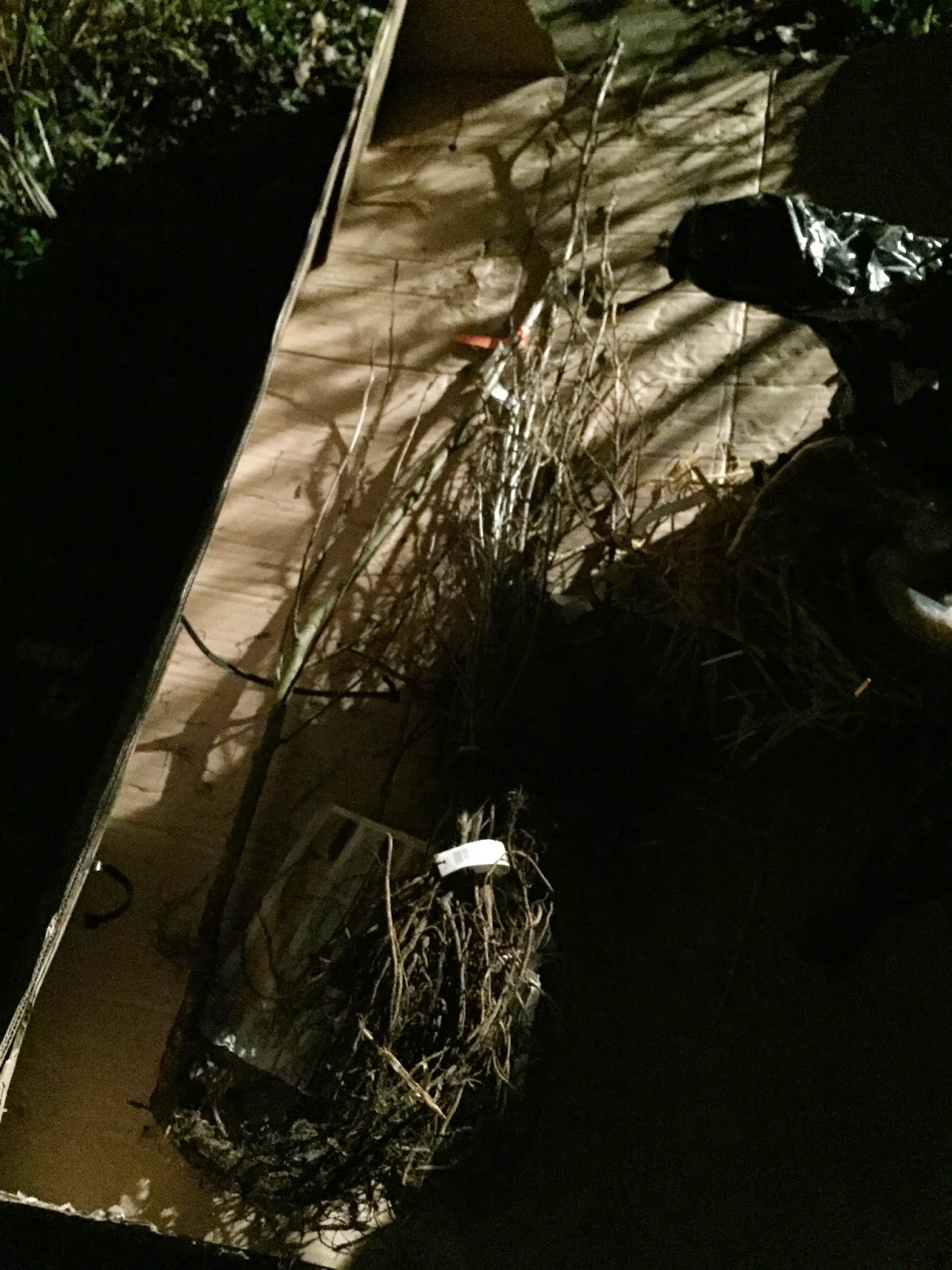 I opened the box with great excitement when I got home from work.  In side were 10 Rosa Rugosa, 4 female and 1 male Buckthorn, a larch and a 'Balm of Gilead' Poplar.  You might notice it was a little dark when I got home from work.  As it was the beginning of the week I did not think I could leave the plants in the box until the weekend.  Frosts were due and I was worried that they might dry out too much.  So torch in hand I went out to heel them into the veg beds. 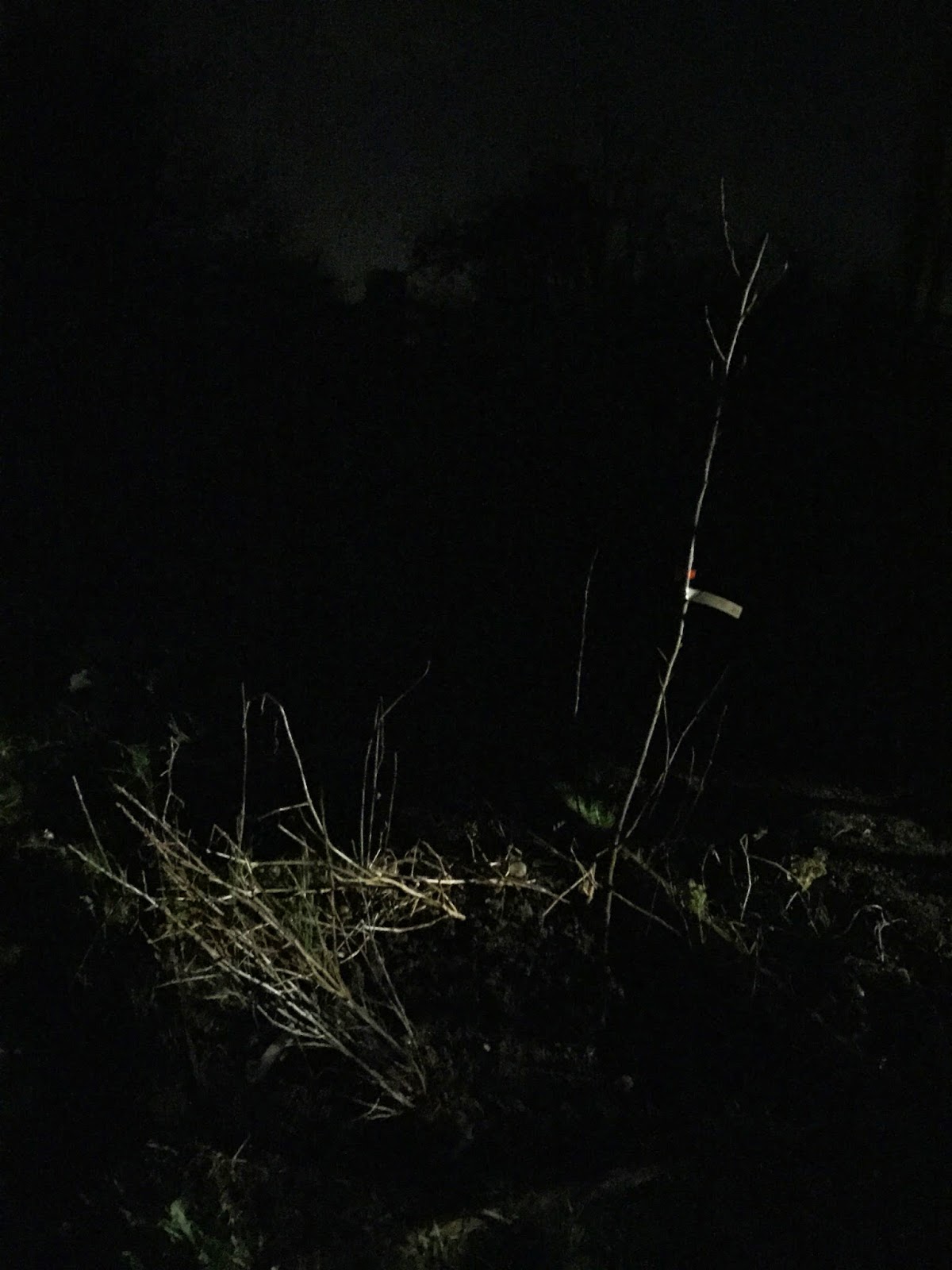 They looked a little underwhelming in the dark, a bit like a cluster of dead twigs, but I was now happy that they would not die from neglect during the week and I went inside.

The end of the week came and I had some time when I could get out and do some planting.  The buckthorns have been planted along the fence I put in place in May.  This should make a nice boundary.  The Rosa rugosa have been split so that five are in the very bottom of the drive by the lane.  There are several self-seeded wild roses in this patch already and I want these roses to bulk them out.  I also added a couple of rooted cuttings from the Manx rose as they will add a nice level of thorn as well.  The other five rugosas have been planted in the top corner of the back garden where the boundary has been broken back by the tree catastrophe earlier this year.  This should form a nice prickly hedge.

The larch has been planted at the top of the drive, just along from the pin oak.  I have a real love of larches, there is one at Easton Walled Gardens that I make a pilgrimage to every time I visit.  I stand in front of it and say that one day I will plant one, and now I have. 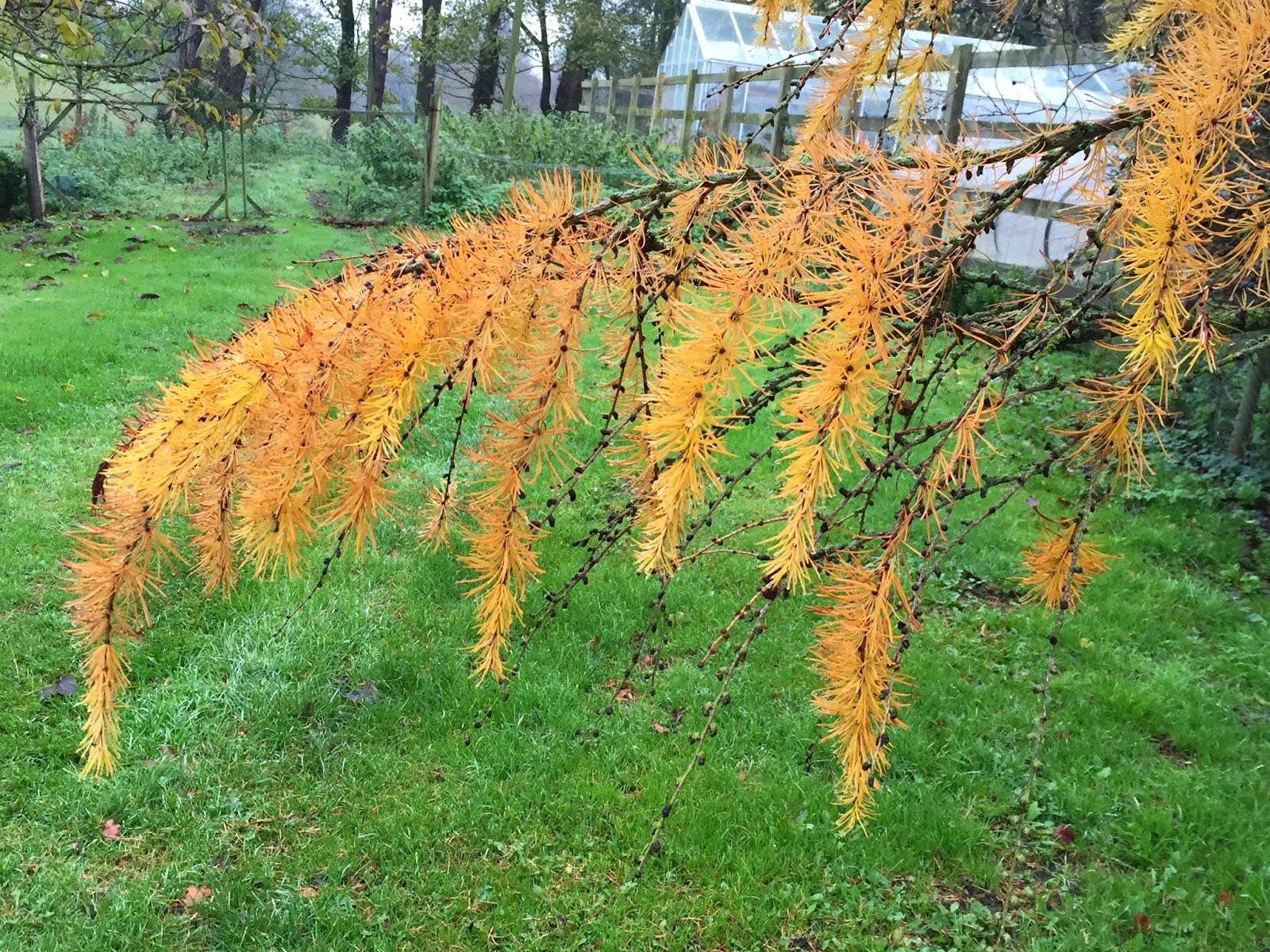 I am beyond excited waiting for it to start leafing up in Spring.  (The picture above is the EWG tree, mine is a small dead-looking twig at the moment).

Which brings me to the slight problem.  Yes, there is a slight problem with the Poplar.  I failed to plant the Poplar and it is still in the vegetable bed.  When I came to plant it up in the space I had alloted to it, it was clear that the soil is not hugely deep or good and I think it will be a waste of time planting it there, it will not survive.  This is a shame as this was the furthest from the house I could put it and I do not want to move it really any closer.  I am currently wondering if it could go in the back garden right at the top boundary.  I will wait and see if inspiration strikes!

I am not going to show you pictures of the new plantings, they do look like dead twigs, but I will report back in the Spring.
Balm of Gilead Buckthorn Catalpa purpurea larch Magnolia grandiflora 'Little Gem' Manx rose Pin Oak Poplar Quercus palustris Rosa rugosa