November 16, 2014
Autumn and winter is a time of bright sharp cold glorious days and those grey, dampish if not torrential rainyish, cloudy days.  Both have their values, the greyness has to be embraced the same as the bright days, even though I can find that hard to do.  It seems easy to just stay inside and let the damp and the grey do its thing but if I get outside into the garden I generally find I can get lots done and feel a sense of achievement I had not expected for that day. 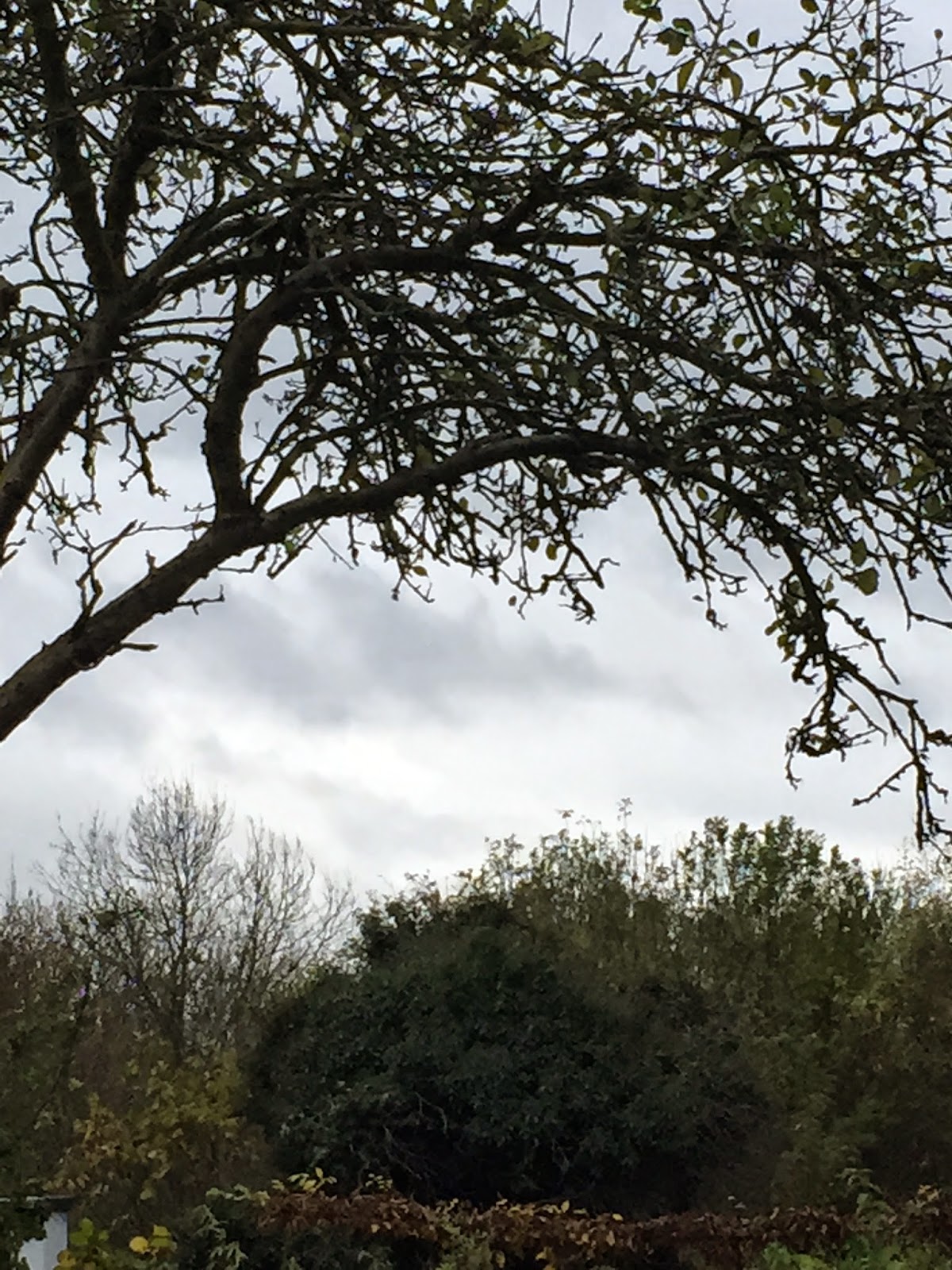 As long as it is not pouring with rain, or frozen solid, every day no matter the season is a potential gardening day and depending on the time of year will depend on what I might want/need to do.  Quite often I wander outside not exactly sure what I am going to tackle but knowing that after my compulsory circuit of inspection of the garden something will be demanding my attention.  The other day was just such a day.  It was grey, a bit blowy, but mild with a hint of damp "its going to rain soon" in the air.

I did my inspection, which usually involves a pair of secateurs in my hand and the first task that presented itself to me was the cutting back of the large wild rose in the Conservatory Border.  This rose is totally in the wrong place and every year I cut it back hard.  Every year it grows huge again and I sometimes think I should move it.  I decided today was the day, the rose decided that it was not the day.  After a bit of digging it became clear that this brute of a rose was not going anywhere in a hurry.  I replaced the soil I had removed, said I was sorry and watered it back in.  Another time maybe..... 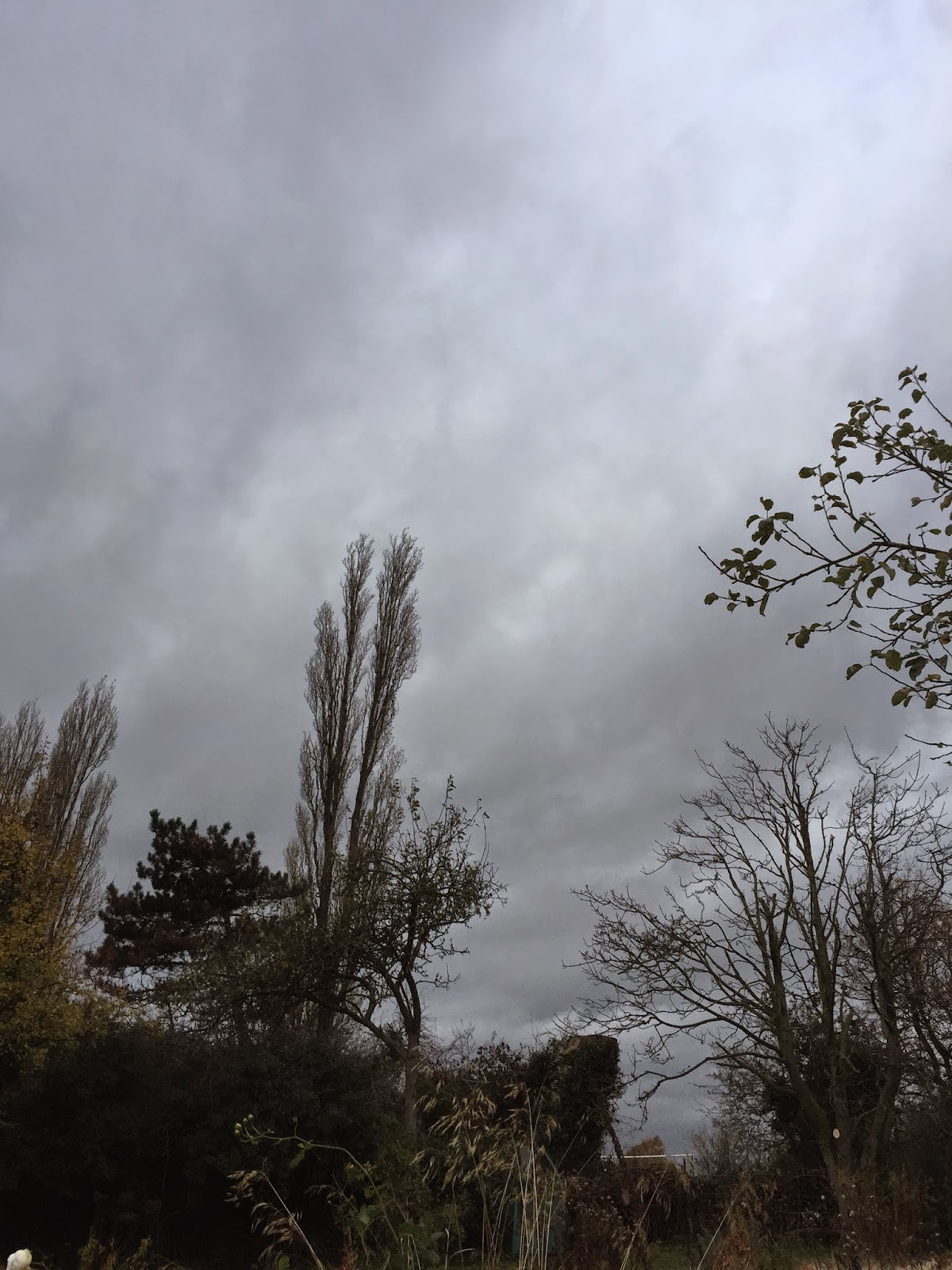 I now needed to do something more definite.  There was a task I have been considering for some time since the great tree debacle earlier this year which was to remove one of the large overhanging branches of the horse chestnut tree at the top of the garden.  It is a fine tree though quite badly damaged by having the (now stumpy) poplar tree fall on it in ever increasing chunks.  The damage has opened up the tree but has made it look unbalanced.  It has also meant I have stared at it quite a bit and I became convinced that this particular large branch was going out over the garden too much and had to go.  So I fetched a ladder and my trusty pruning saw and I started work.  As often happens I got part way through and wondered whether this was actually a task too many, something I might not be able to do.  The branch was a good eight inches in diameter and was proving more resilient than I expected.  Once sawing however, one can hardly stop and hope for the best.  I had to keep going and thankfully it did finally part company from the tree.  I tidied up the wound and now have a pile of logs at the top of the garden that will hopefully rot down for wildlife.  I was very pleased with this job. 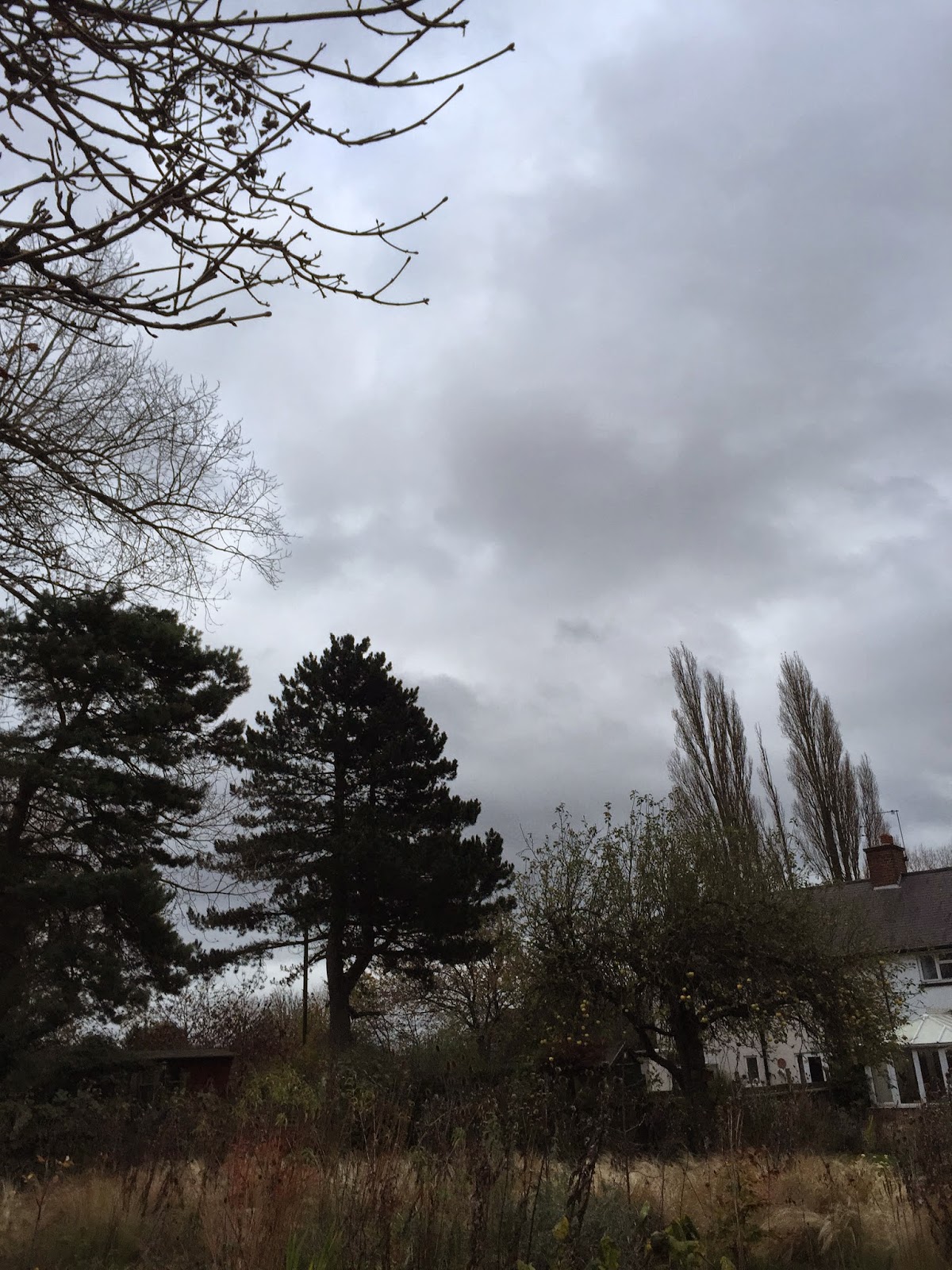 I then decided it was time to relocate the Pin Oak into its forever home in the front driveway.  This tree has been living the veg beds since earlier this year.  I love this tree very much, it has been stunning all year and is one of the best 'whim' purchases I have ever made.  I also planted a small Amalanchier taken from a rooted cutting into the driveway to keep it company.

I was now on a planting out roll so out into the Wild Garden went a Halesia Carolina bought a few weeks ago.  Then with the mood really upon me I decided to relocate the Liquidamber tree that has been struggling where it is currently located.  Now I admit I fear this might be tree-murder.  I am not convinced it will survive this move but then I am not convinced it was going to survive where it was anyway.  It was definitely not thriving.  I bought this tree a good three years ago and originally planted it where the Four Sisters are now.  When I relocated the Carol Klein acer to be one of the Four Sisters I swapped its place with the Liquidamber.  This was a big mistake and, to be honest, an obviously stupid mistake.  I was moving the Carol Klein acer because it was unhappy where it was, it must be a bit of a wind funnel in that part of the garden and the acer was not happy.  The Liquidamber has been equally unhappy in that place and I do not want to lose it.  This is my second Liquidamber, the first fell victim to a brushcutter incident about six months after I moved into this house.  I had planted it as an early settler to the garden and it was a beautiful specimen and was growing really well.  I was clearing some of the undergrowth around it one day and accidentally got carried away and cut it down too.  I was very upset by this and got rid of the brushcutter as I decided I was unsafe with it.   So the relocated Liquidamber has been moved to close to where the original one was planted.  It is definitely a better spot and I am hoping that it will now survive and thrive.  You may be relieved to know I have not planted anything else in the windy spot, I think I have realised now it is not a good planting position. 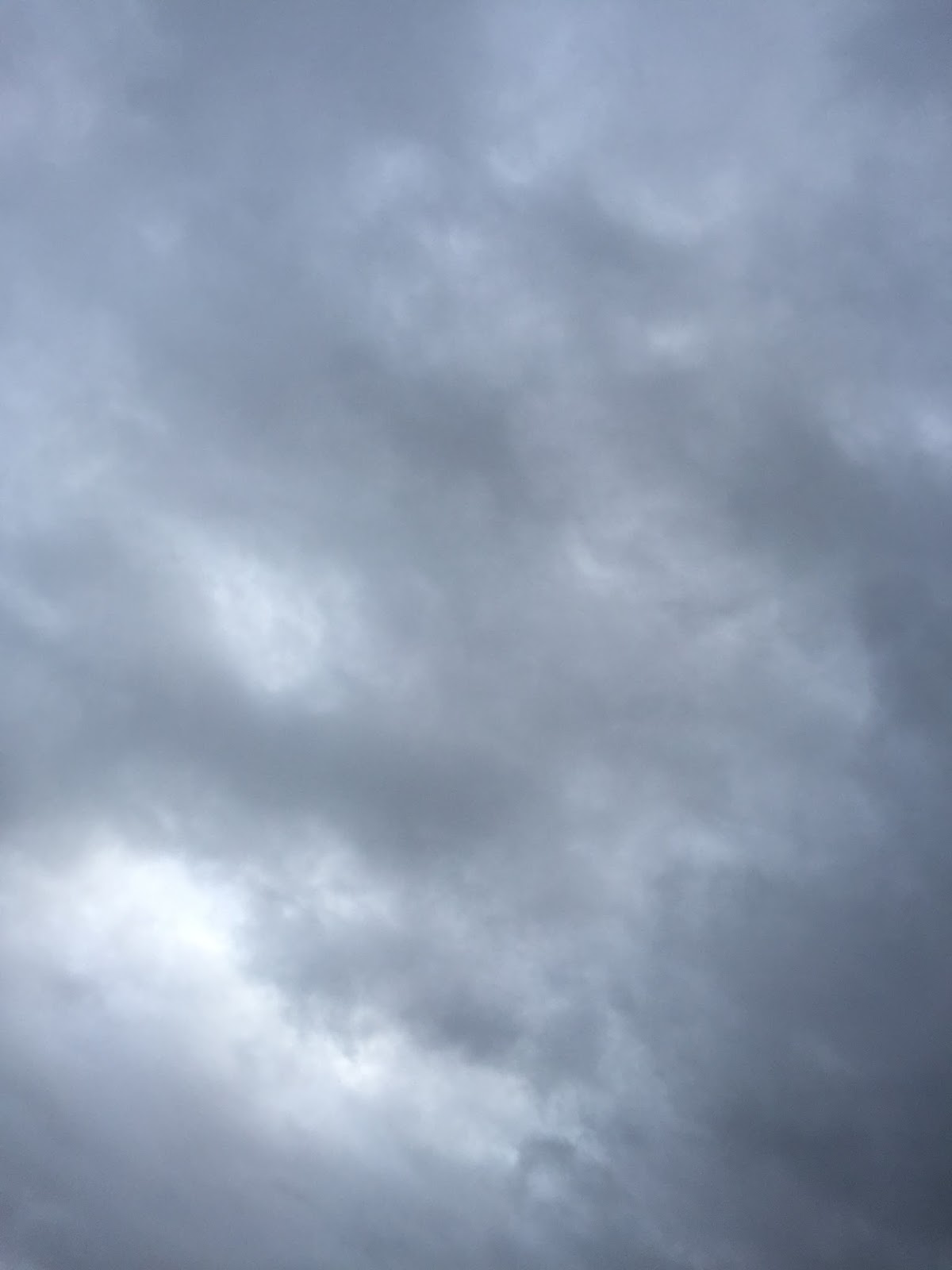 After all this I sat back, drank tea and looked at the sky.  The light was starting to go, they greyness was getting greyer and the clouds were looking more like rain was on its way.  Even though it had been quite blowy it had been a good productive day and I felt like the garden progressed; I had embraced the grey.
grey days horse chestnut Liquidamber rose pruning tree pruning