October 07, 2014
So here we are, episode 8 of tree following the quince.  I had expected more change in the quince this time as we are now in October, yet I look at the photographs I have taken and it seems much the same as it was in September. 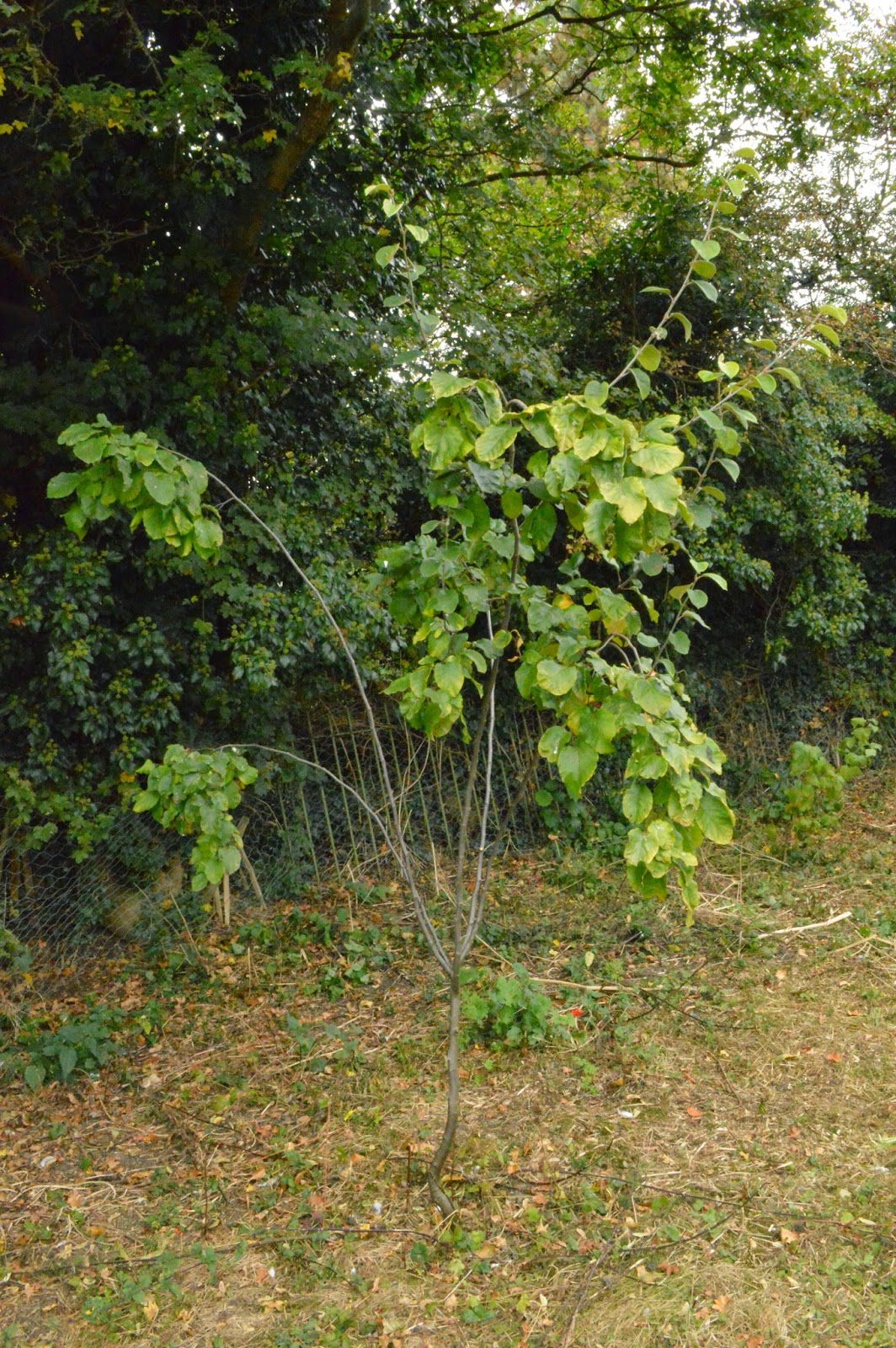 It is liked it is holding its breath, someone has pressed the pause button. 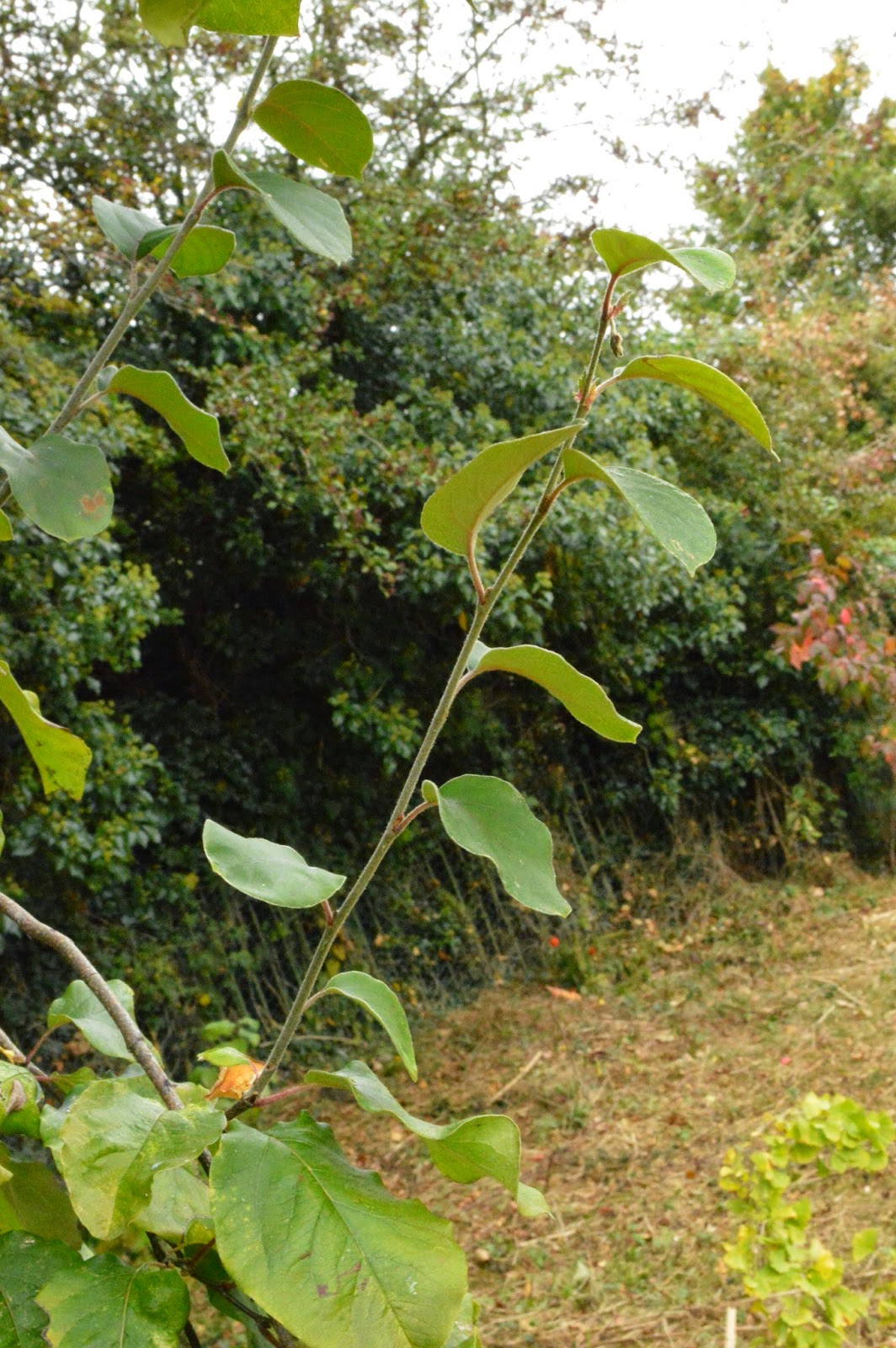 For a moment I wondered what I could find to say about it, it is hard following a tree that appears to have run out of oomph.  Then I focussed my in closer, 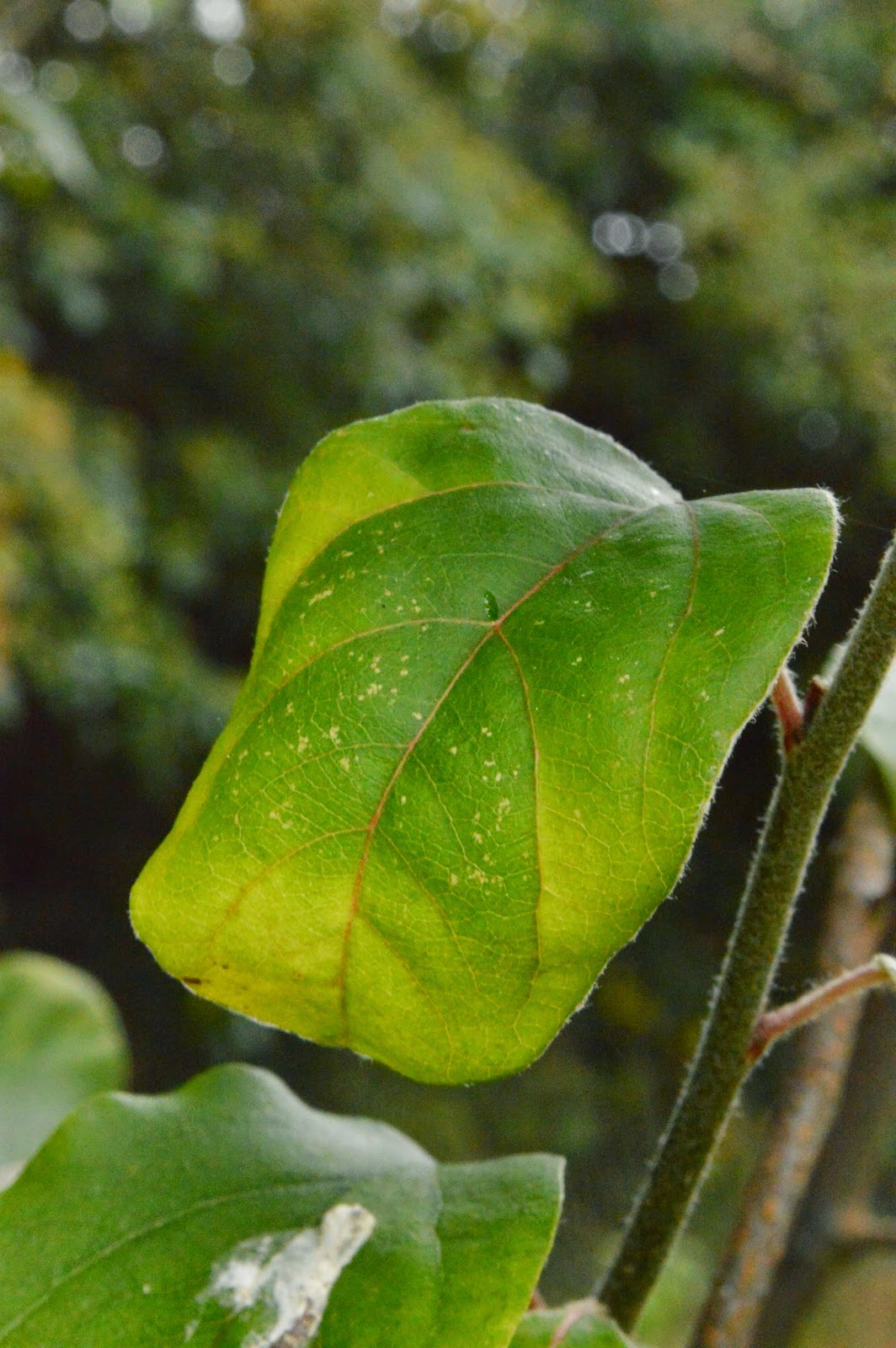 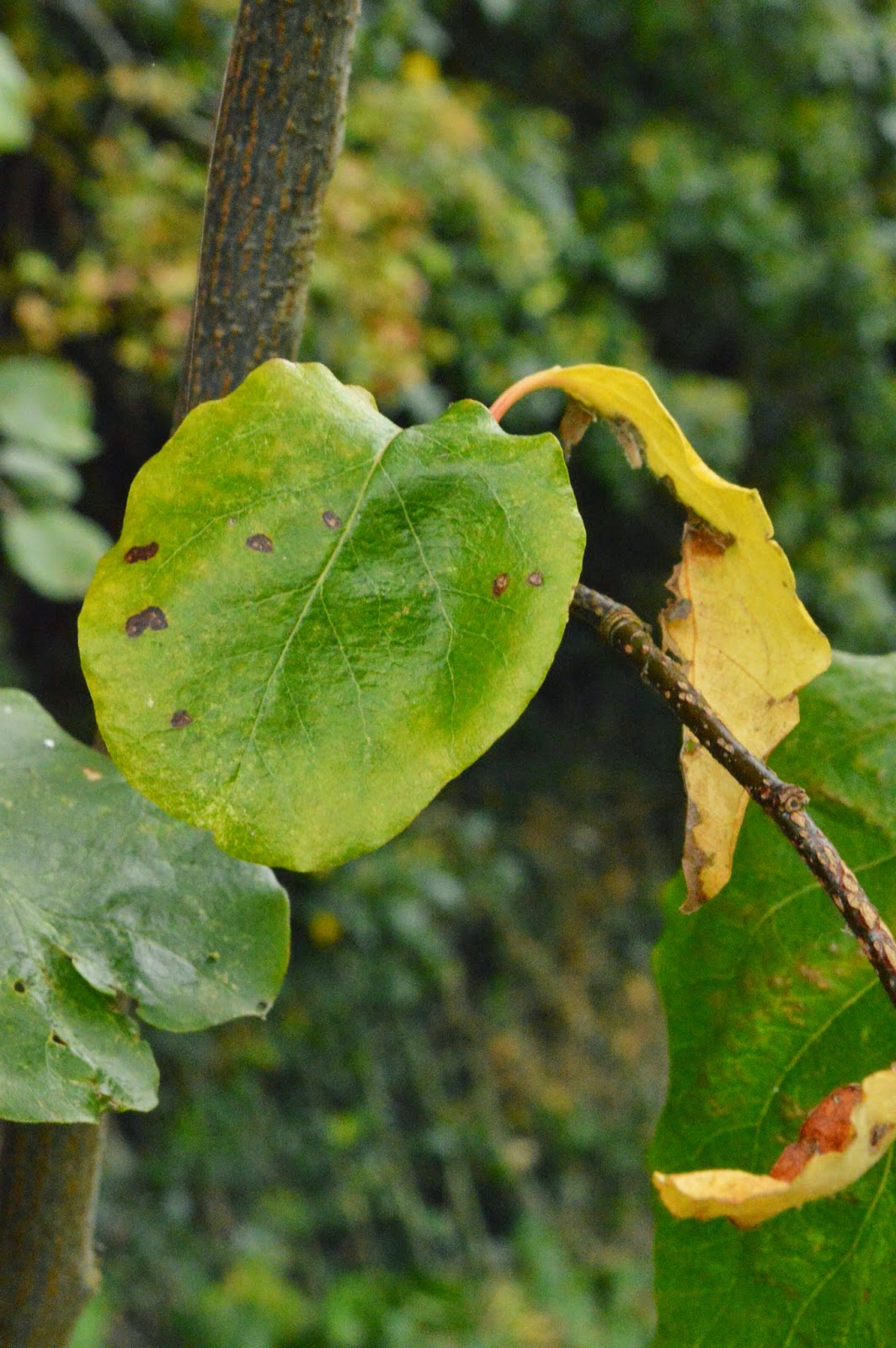 Another leaf had blotches on it, its not a poorly tree but the odd leaf shows that things have been living off it. 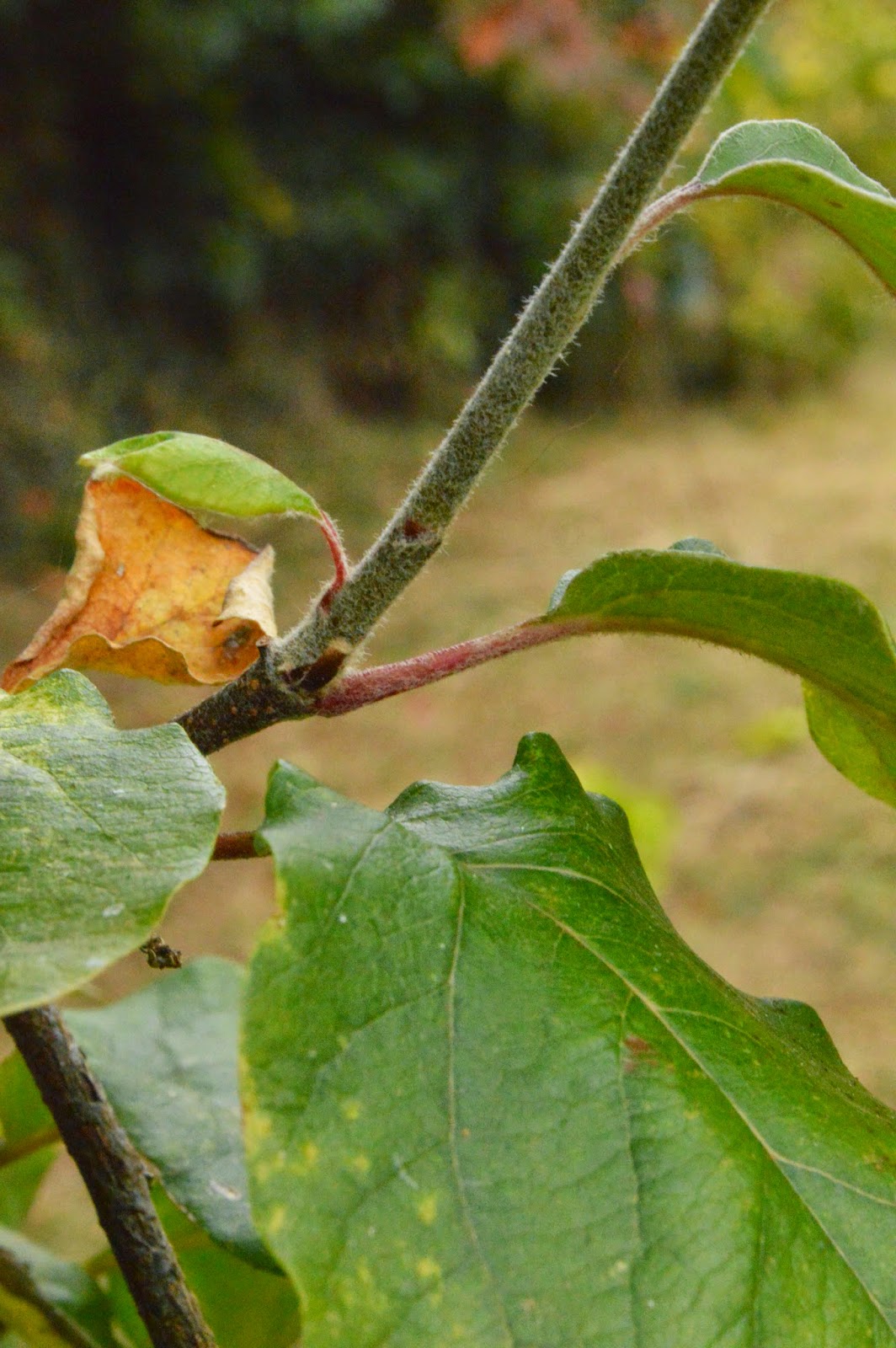 I realised I had never noticed the red leaf stems before.  They are rather wonderful.

I expect far more change in the November episode.  This poor tree has been without water for over a month yet has survived quite well.  As I write this the rains have finally started and it feels like this wonderfully long summer has now come to an end.  Autumn is now knocking at the door.

Thanks as ever to Lucy for hosting this meme, there are more trees being followed here.
autumn Quince tree following