October 12, 2014
At this time of year my Prairie Borders are at their peak.  They were a bit of a gamble on my part when I first planned them as I had no idea if they would work.  I also worried they might be hard to maintain and even worse, I might just get bored with them very quickly.

I have written about their development here and here.  I have grown everything in these borders from seed, or have transplanted self-sown or divisions of plants into them.  They have been very cheap to achieve and that makes me happy.  They have taken a few years to establish well, but I do not mind that too much, the development is part of the fun. 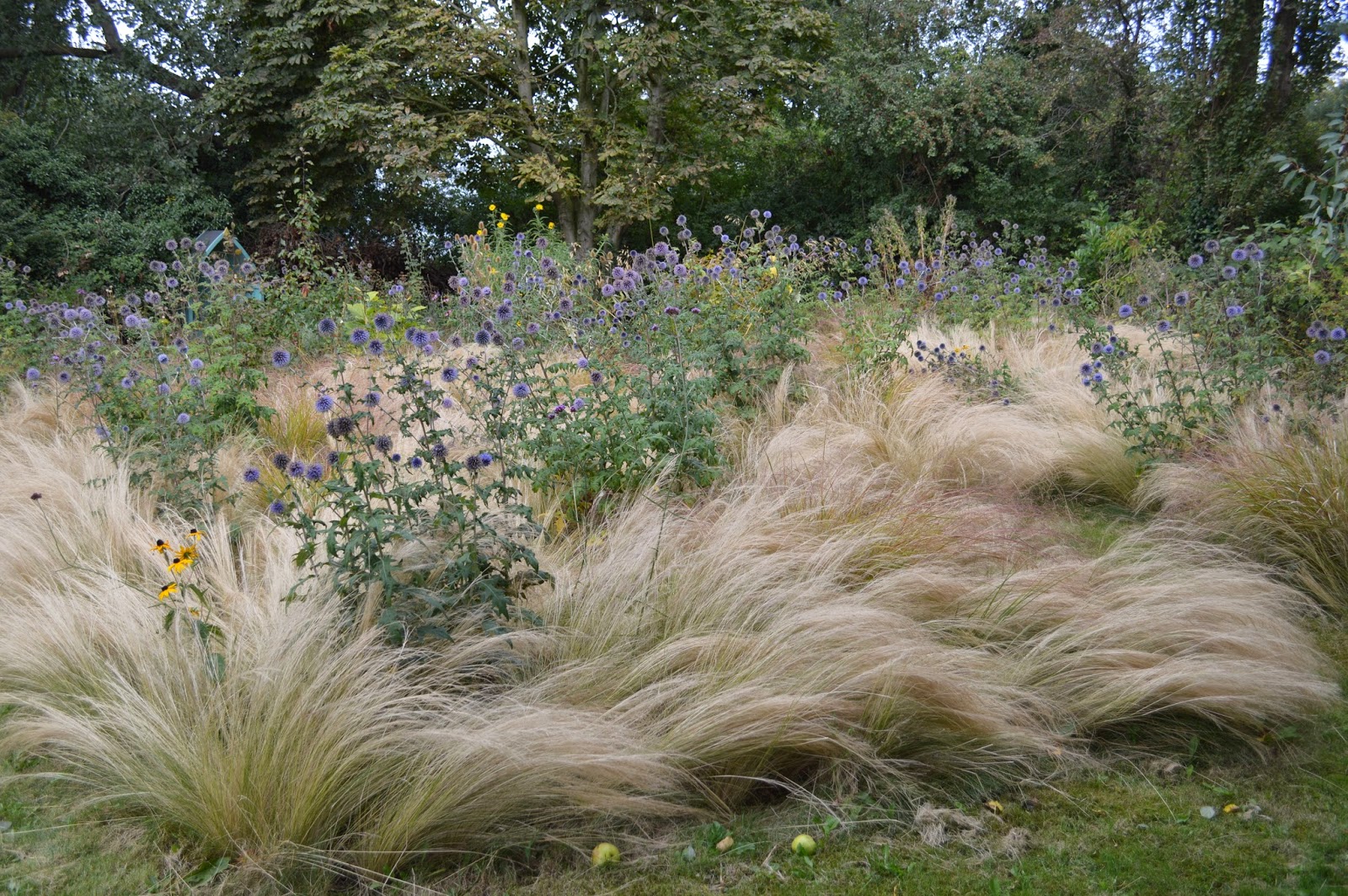 I often describe them as blonde, that is because they are.  Wonderfully so and it makes me think maybe its time I went back to being blonde, its been a while. 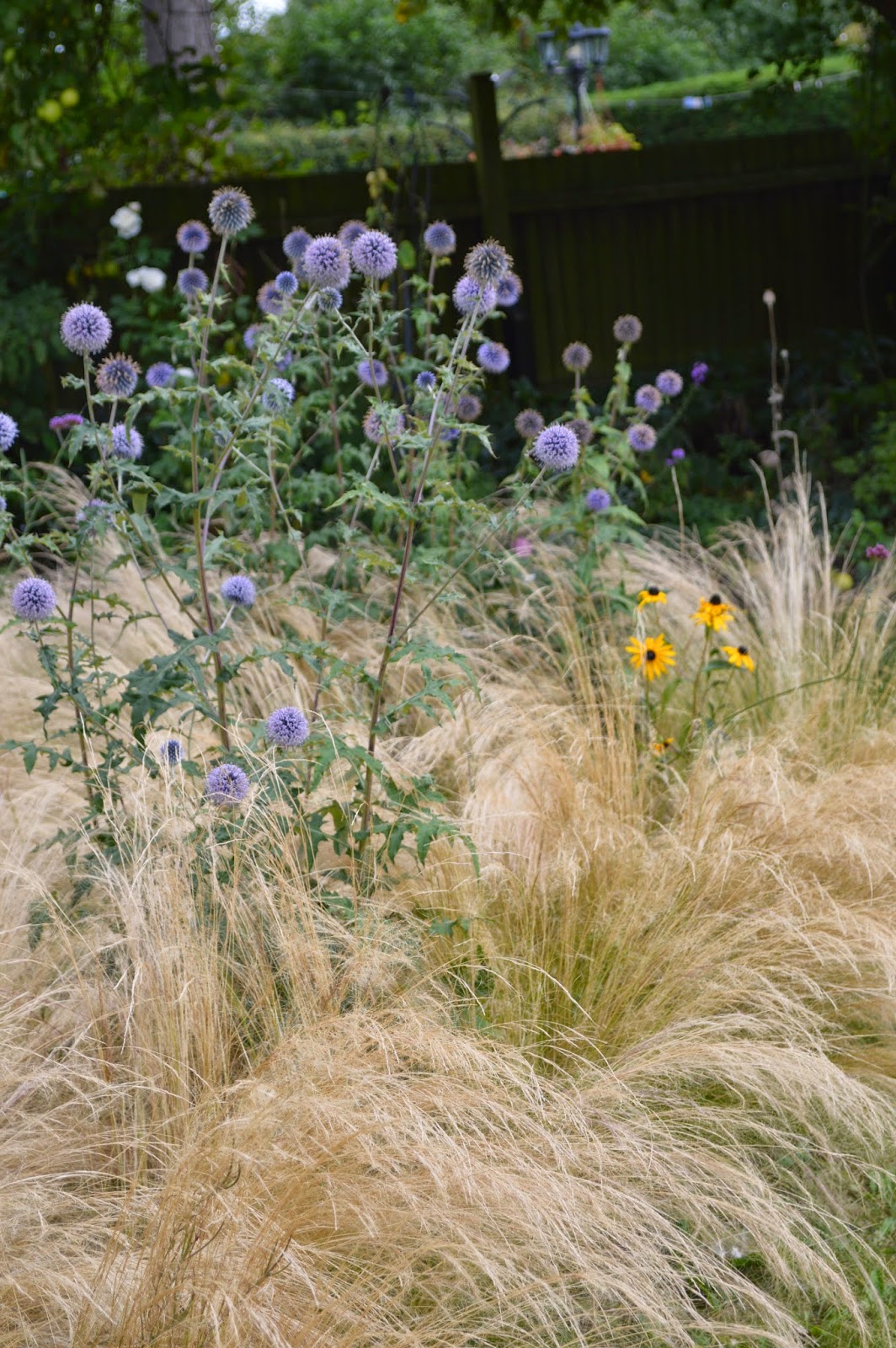 The echinops have been there from the begining and have been a great joy.  Bees and butterflies love them and they make great accent points.

I have grown annual rudbeckia in these borders on and off, but this means I have to grow them every year and the results have been variable.  This year I have planted some divisions of perennial rudbeckia, I am hoping these will settle in well. 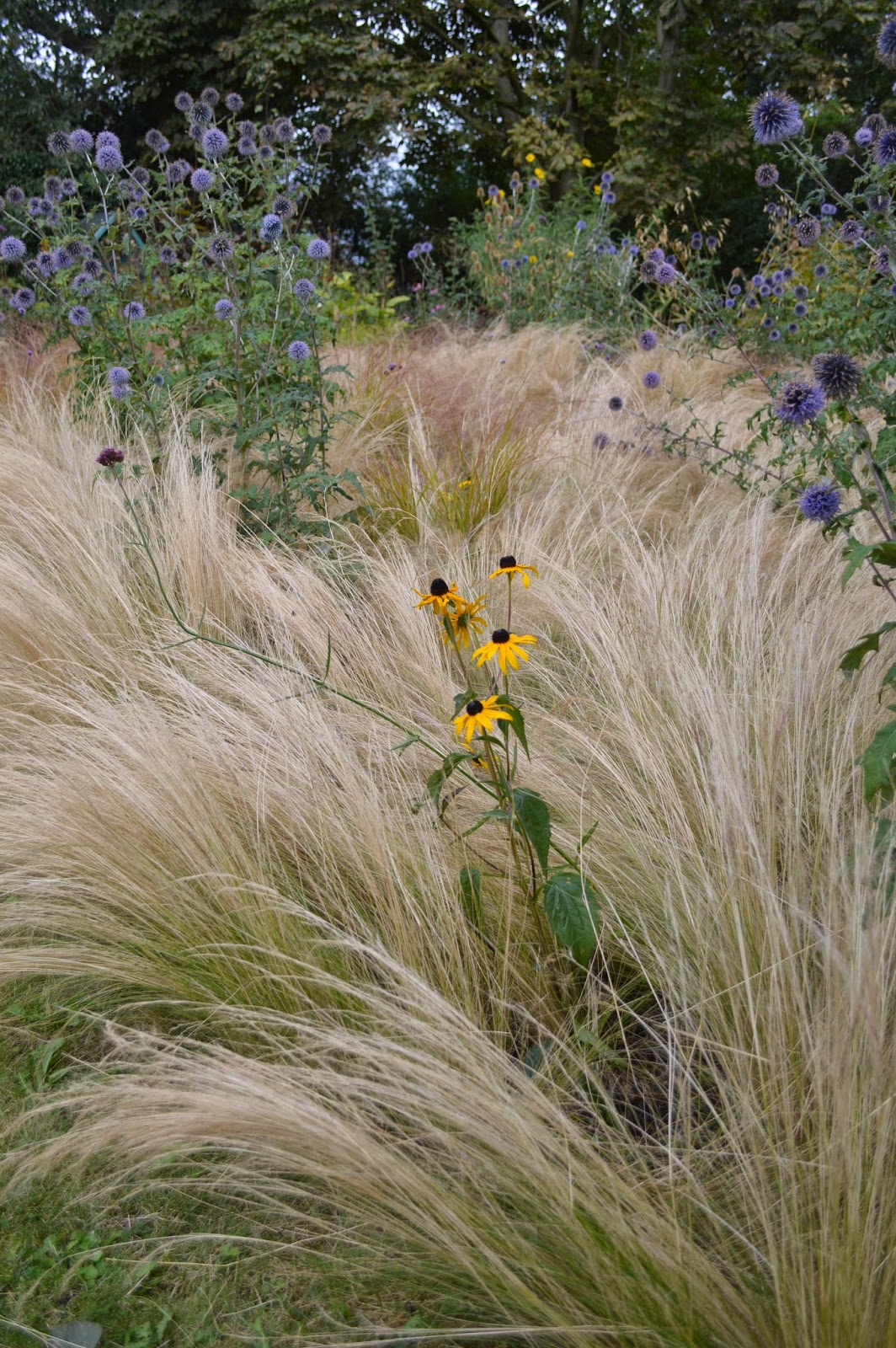 I have not put many in as I like to the palette simple and restricted.  This is totally the opposite to the rest of the garden and is quite hard for me to do.  However I have found that with these borders simple is best. 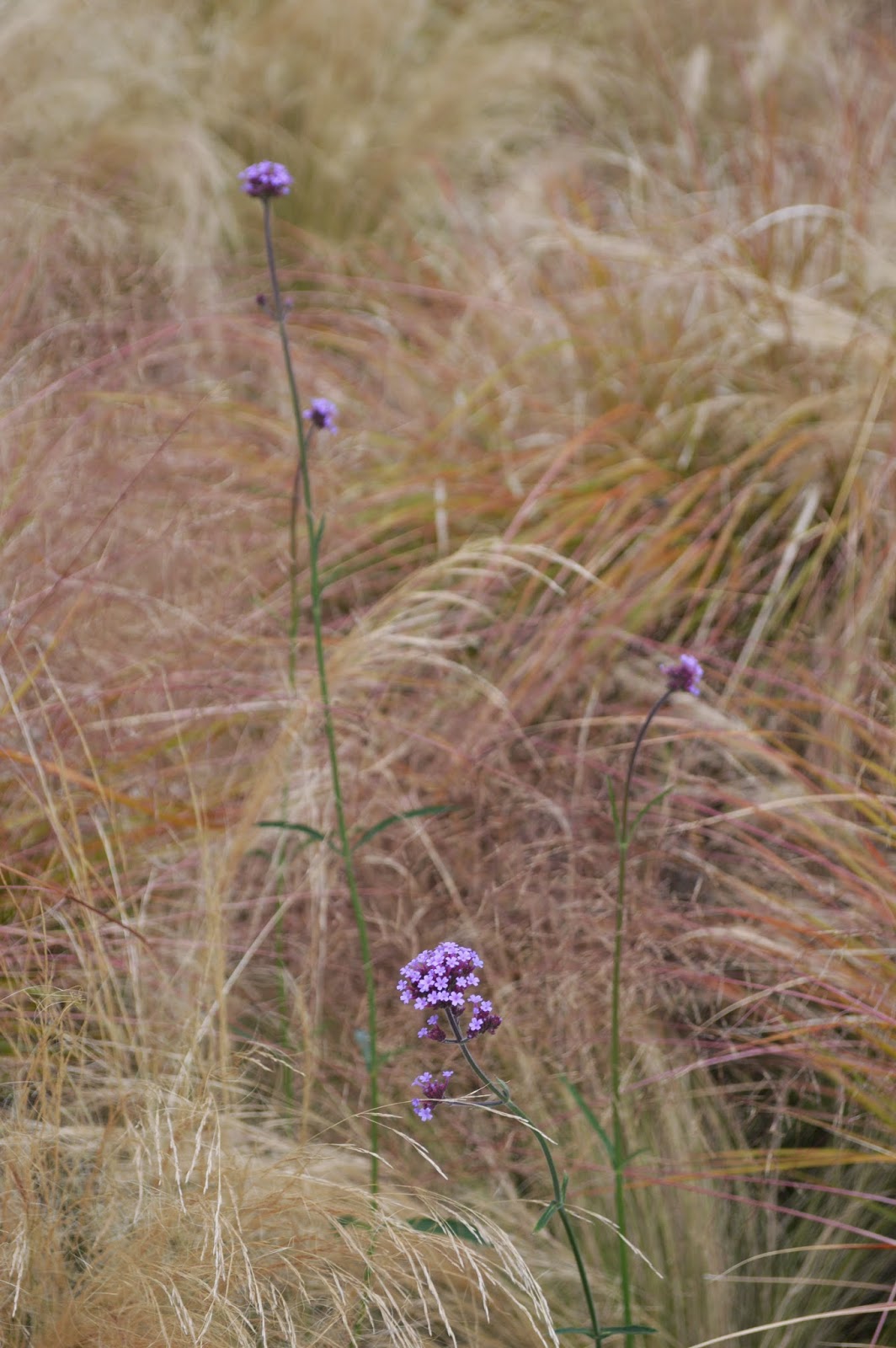 I planted up the borders with Verbena bonariensis earlier this year.  I have taken a while to decide whether this has been effective or not, but I think now the season is at its height that they have worked well.  They can stay. 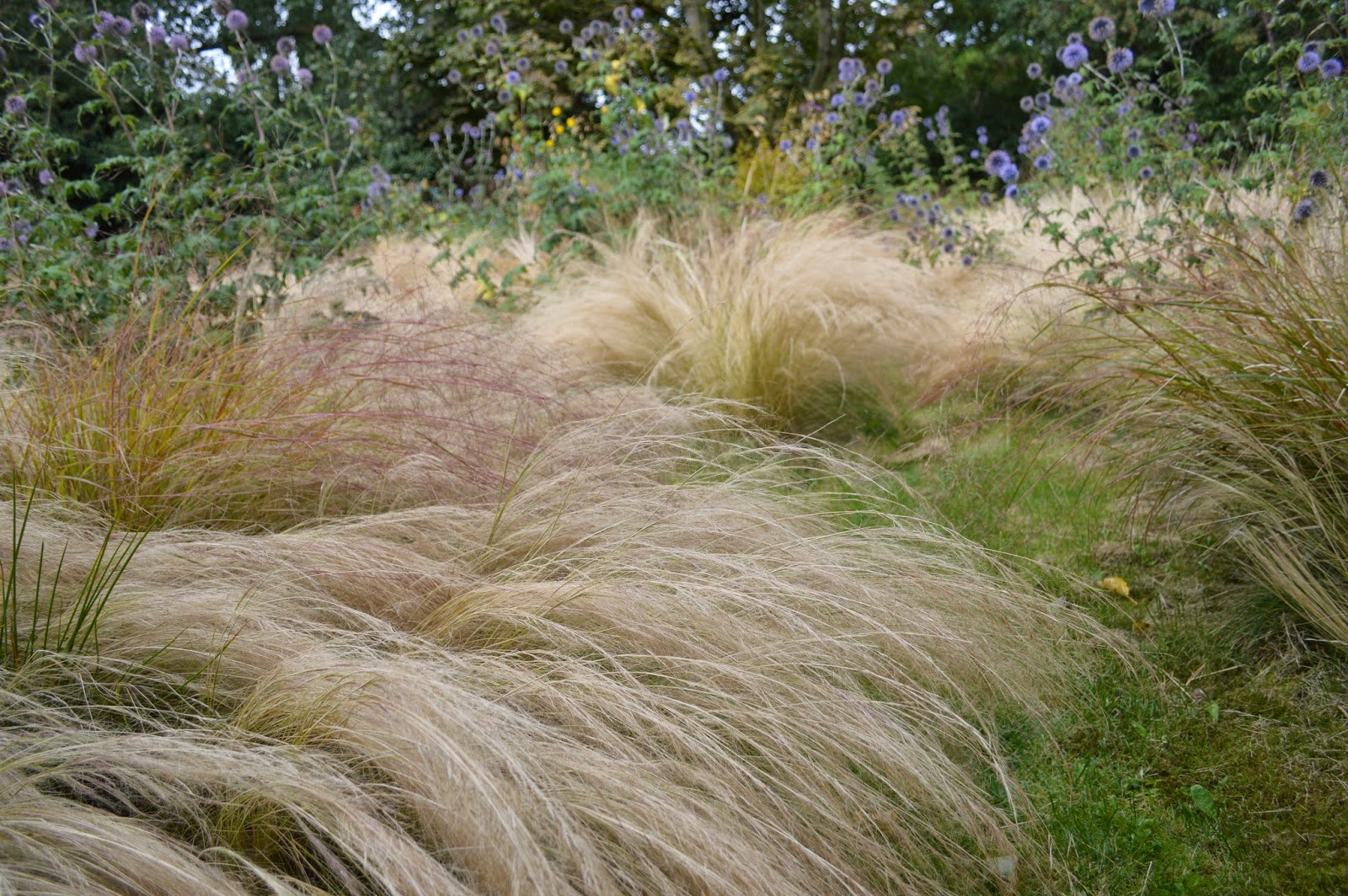 The grasses overflow the paths rather well, it makes the grass paths hard to mow, but it is worth the effort. 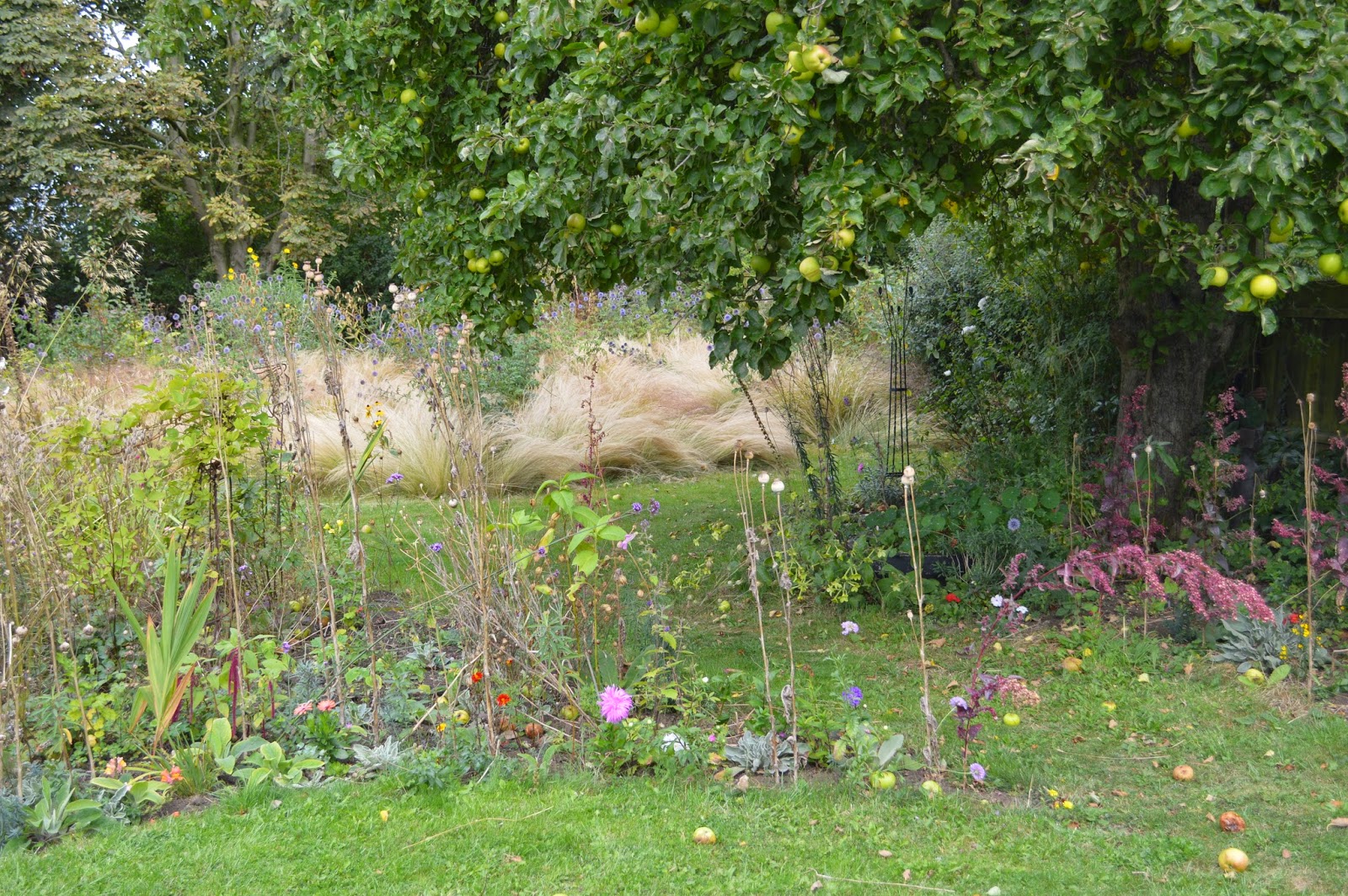 I had worried about how the borders would sit in relation to the rest of the garden, but actually I think it works ok.  I do not find them too incongruous.

So they remain work in progress and are not yet what I would call anywhere near finished.  This means that I have not even had time to consider being bored with them.  I like not being bored.
echinops Praire borders rudbeckia stipa tenuissima verbana bonariensis