The Blackberry Garden Plant of the Year Award 2014

October 26, 2014
This is the second time I have made this award so I think I can call this now an annual award.  Last year the award took place in later November so I might be peaking a little early, but it feels like the right time.  Yet even as I write this I wonder about the winter plants that are effectively disenfranchised by this act.  Of course they could be considered for next year's award so I shall move merrily on. 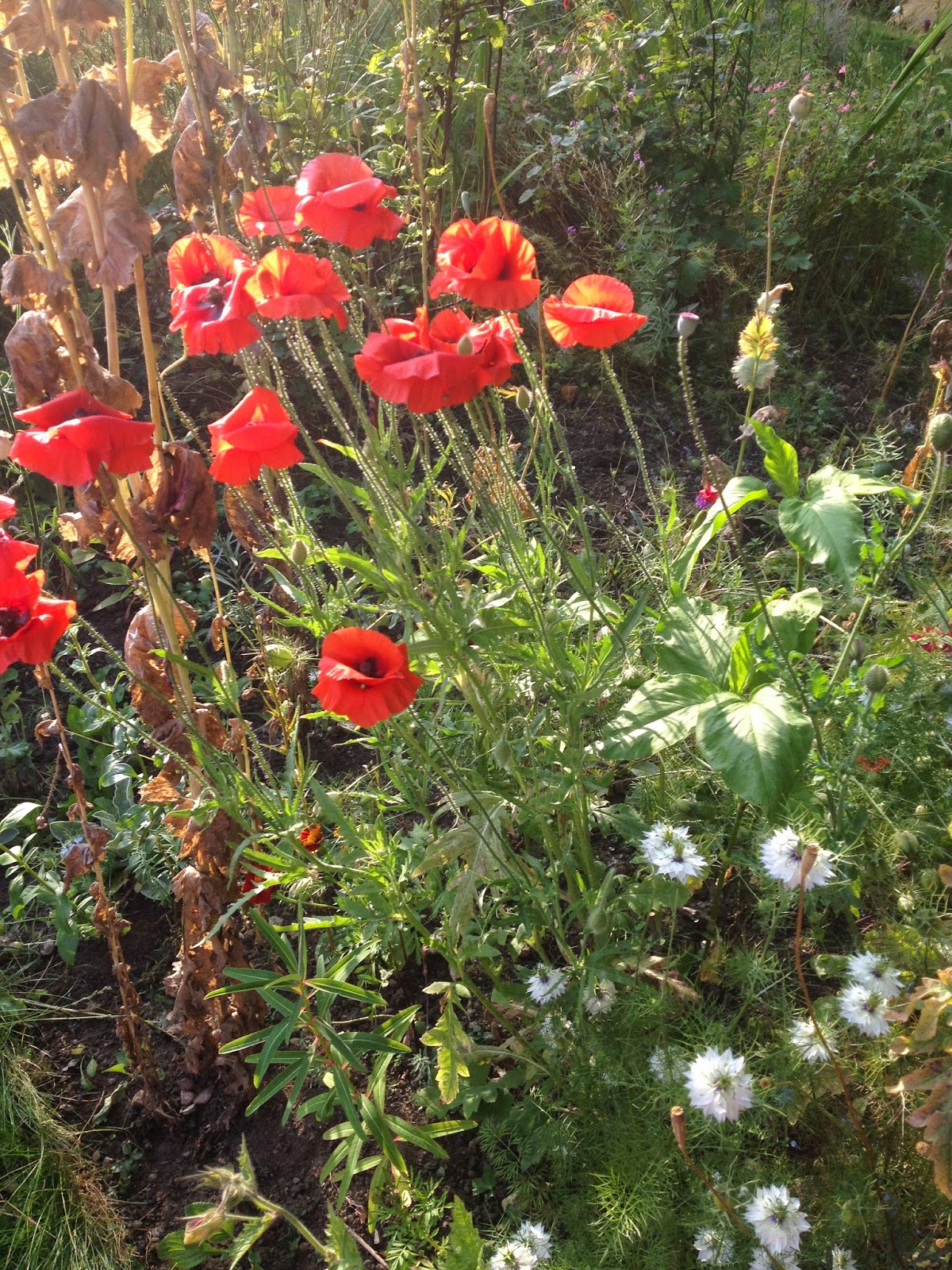 I have been thinking about this award for some time now as there is quite strong competition this year.  This also seems to indicate I am taking it more seriously and, as ever, probably over-thinking a light-hearted jape a little too much.  I have also categorised the runners up and also rans leading up to the victrix ludorum to give a sense of the route this award-musing has travelled along.

The first category is then for ‘sentimental wishing you had performed better this year, usually you wow me’, which is a long winded way of saying ‘also ran’.  This award has to go to Persicaria orientalis, one of my all time favourite annuals that I would recommend to anyone. 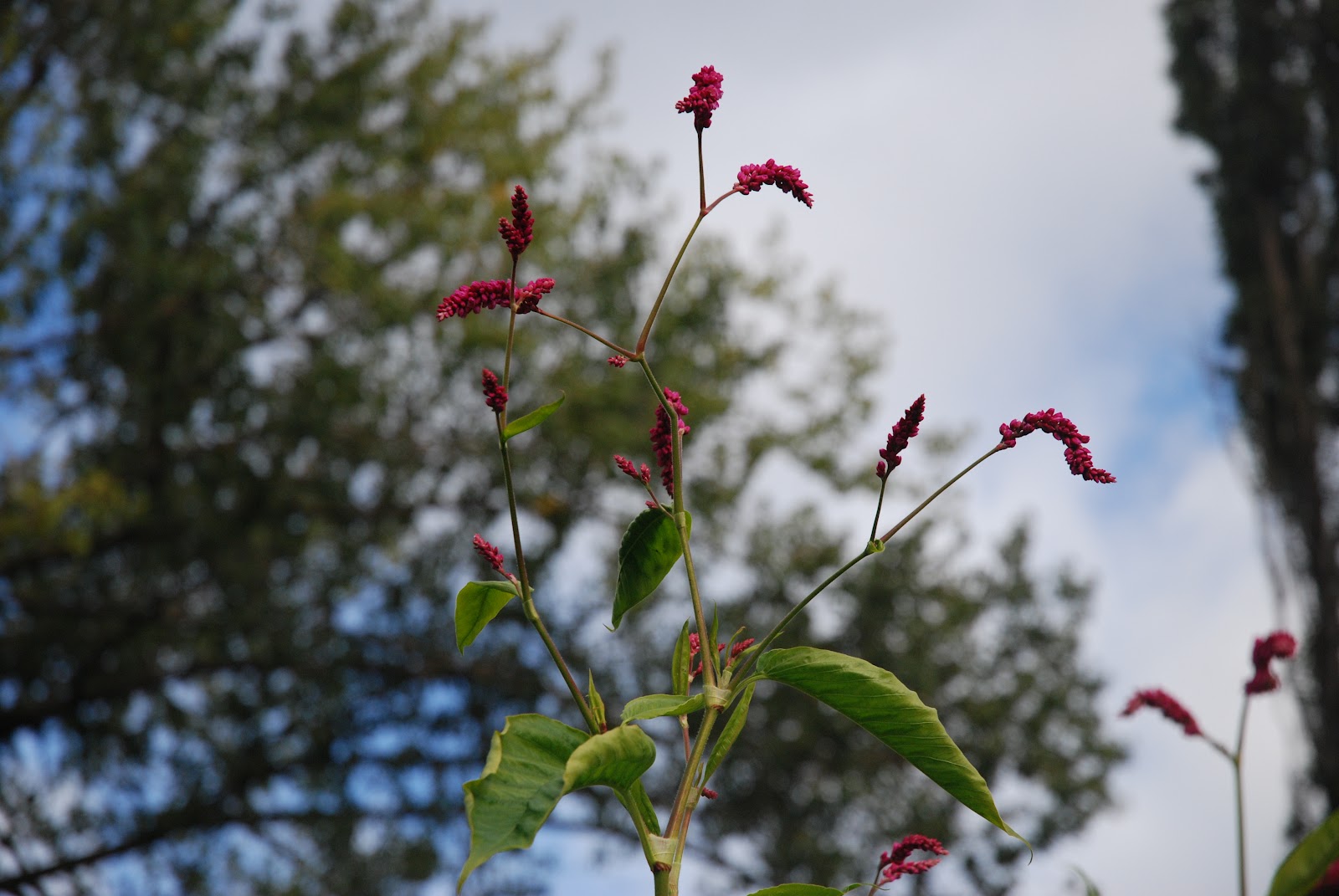 It has height, vigour and late flowers apart from this year when it was smallish, weakish but did manage to flower ok and is still flowering now.  I am now also holding a grudge against mine as mine do not self-seed where I know of another garden (yes, I mean you) where they self-seed prolifically – prolifically!  This will not stop me from growing them next year though and maybe next year they will get into the running for the main award.  (Hint, trying self-seeding, it will gain you brownie points).

The second category is ‘simple is best’ and goes to a marigold.  I grow two types of marigolds, Indian Prince and Art Shades and the prize in this category this year goes to Art Shades. 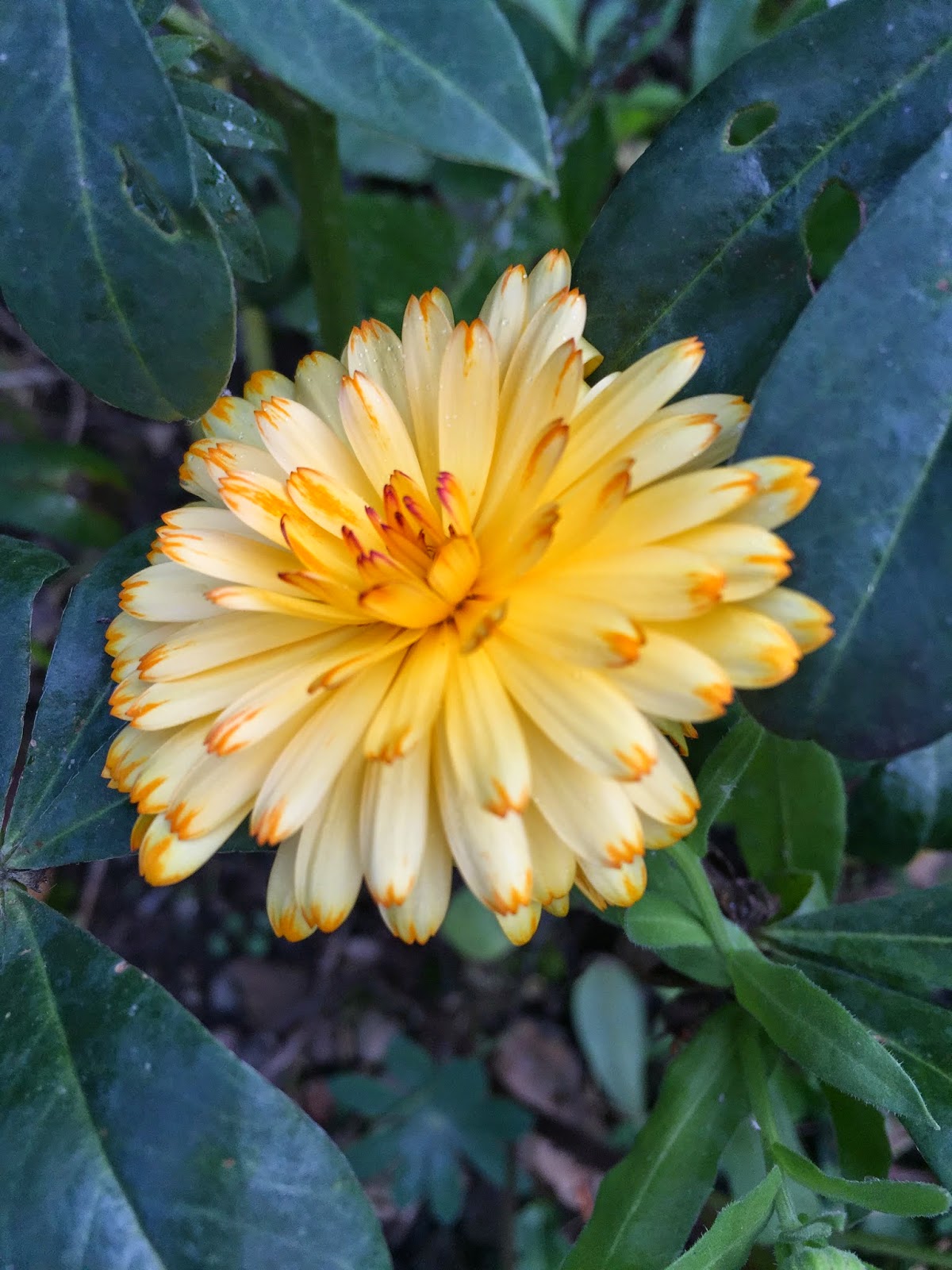 I love all the different shades.  Unlike most packs of various colour seeds I have yet to see one that makes me say yuk, there is usually one shade that I feel they have snuck in as no one will buy it in its own right, but in Art Shades I do not suspect this.  They are all good.

Next we have the ‘why are you still not choosing a poppy?’ category. 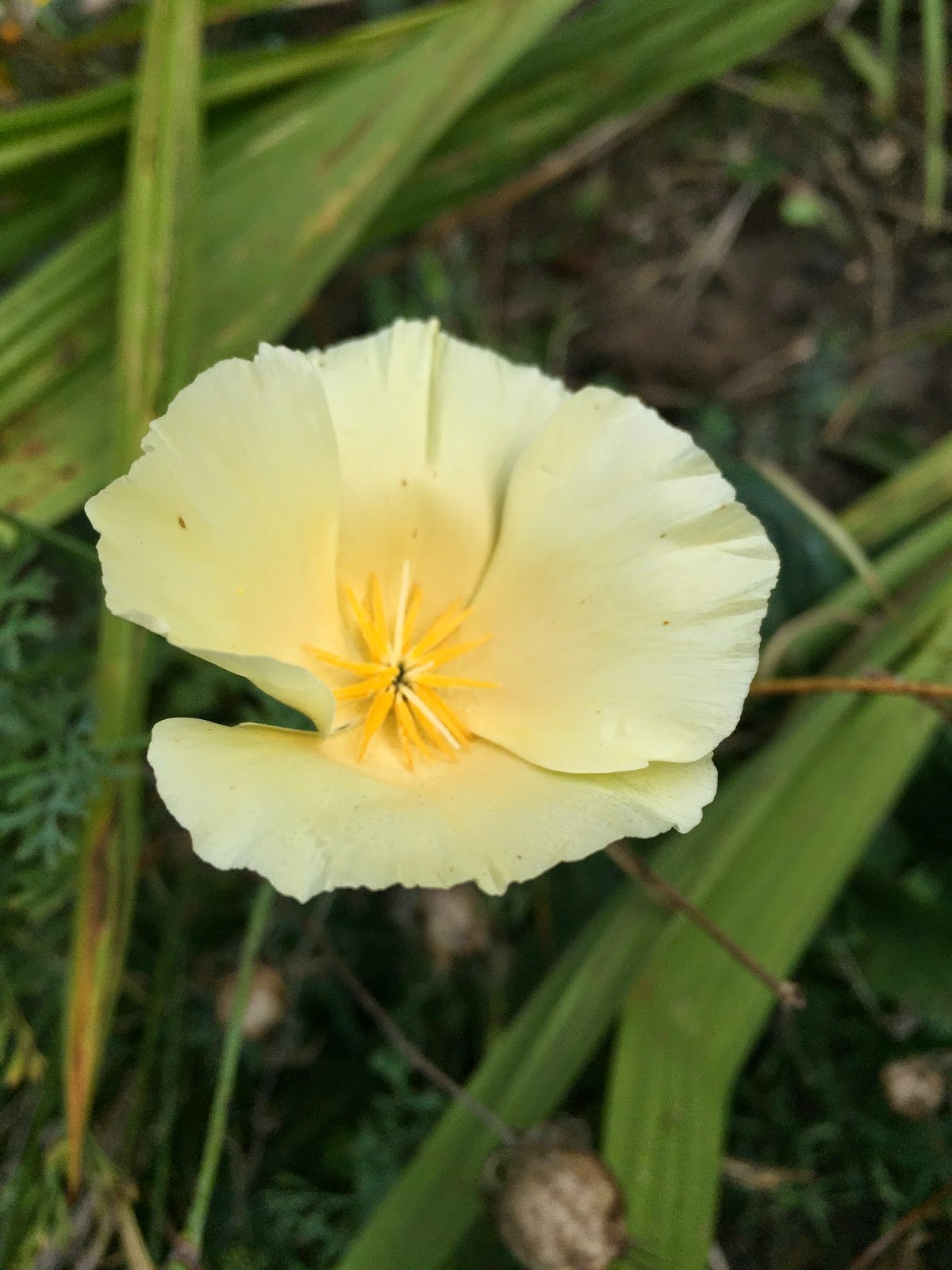 Well partly because I find it hard to choose between them, but if I had to choose a poppy for performance this year then I think it goes to the Eschscholzia who have flowered for months and are still trying to flower as I write.  The Shirleys did put in an early bit for recognition and even as I write this I think they do deserve a special mention as the runner up of a runner up.

Then we go on to the ‘Aren’t you having a bit of an aster moment at the moment?’ category.  Well yes I am, there are definitely more asters in my garden now then there were last year. 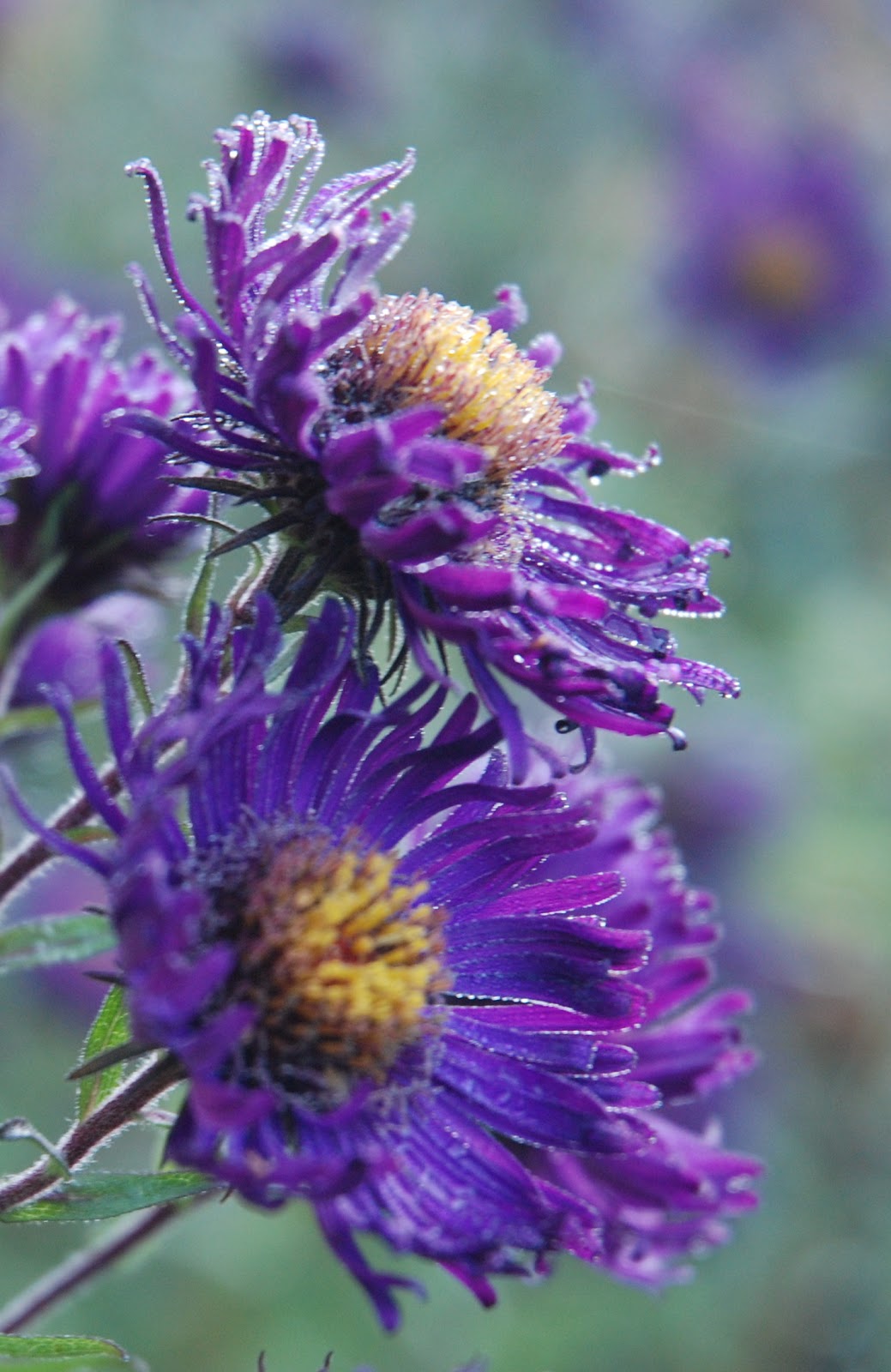 They have been wonderful and I have been very pleased with them, but I think they get a ‘just a little more effort and I think you will definitely be in the running next year’ award.

Now is the time to get a little more serious as in reality three plants vied for the top award and the deciding between them was hard.  Now is the time for decisive decisions as competitors in the BBC programme The Apprentice would say. 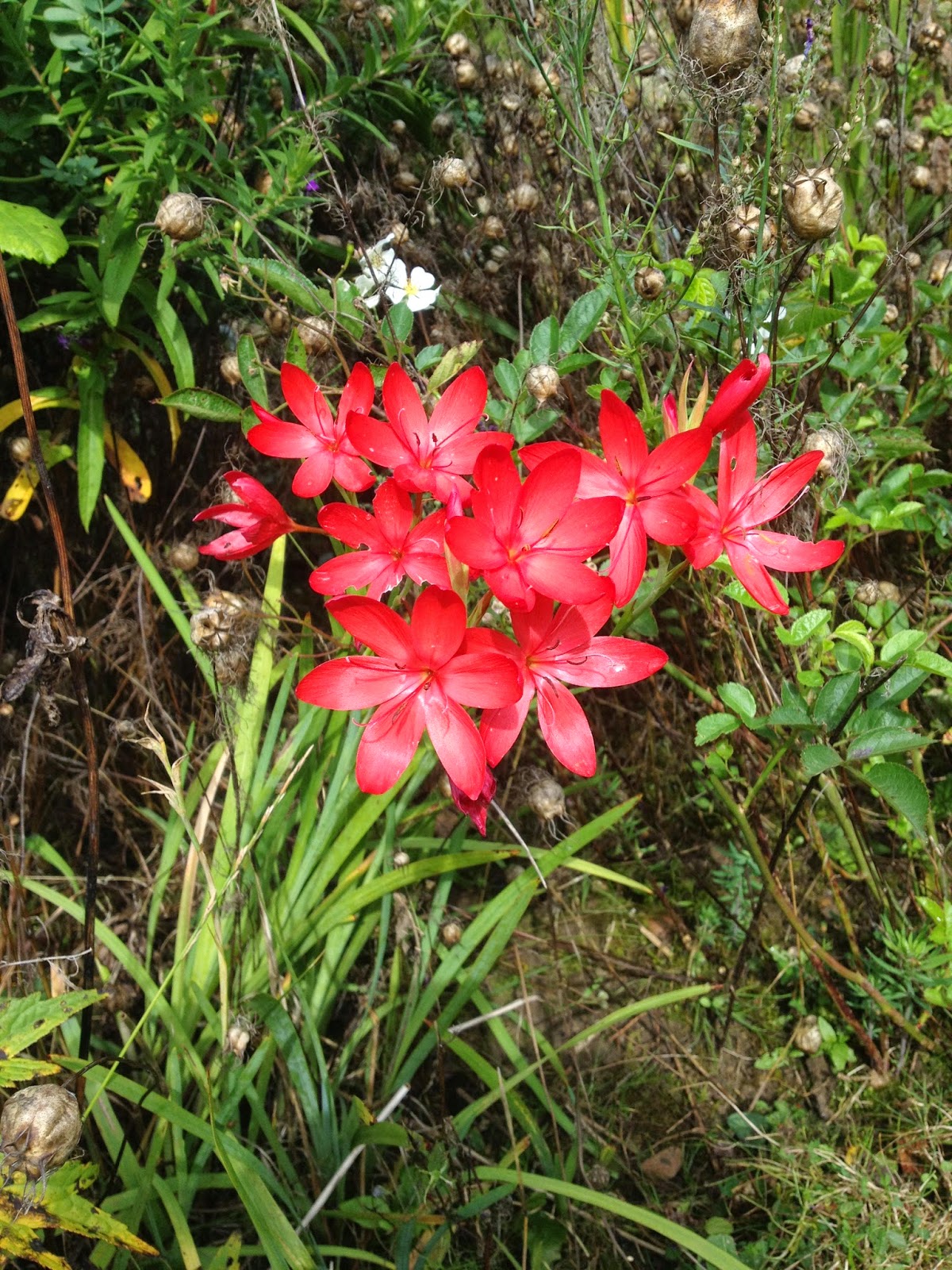 The first runner up, after much thought is the Hesperanta, aka Schizostylis.  I bought this plant from Derry Watkins’ nursery, Special Plants, about three years ago.  It was a good strong healthy plant that immediately was divided before planting so I then had three plants.  Now I have about six, some of whom are quite small but they have nearly all flowered this year.  They have flowered for many weeks and are a wonderful coral-red colour.  This plant very very nearly won and if I was placing a bet I think it will do next year as well in the running (top tip).

The second very close runner up was the Dombeya rotundifolia, this plant flowered fairly briefly earlier this year but made a great impact when it did. 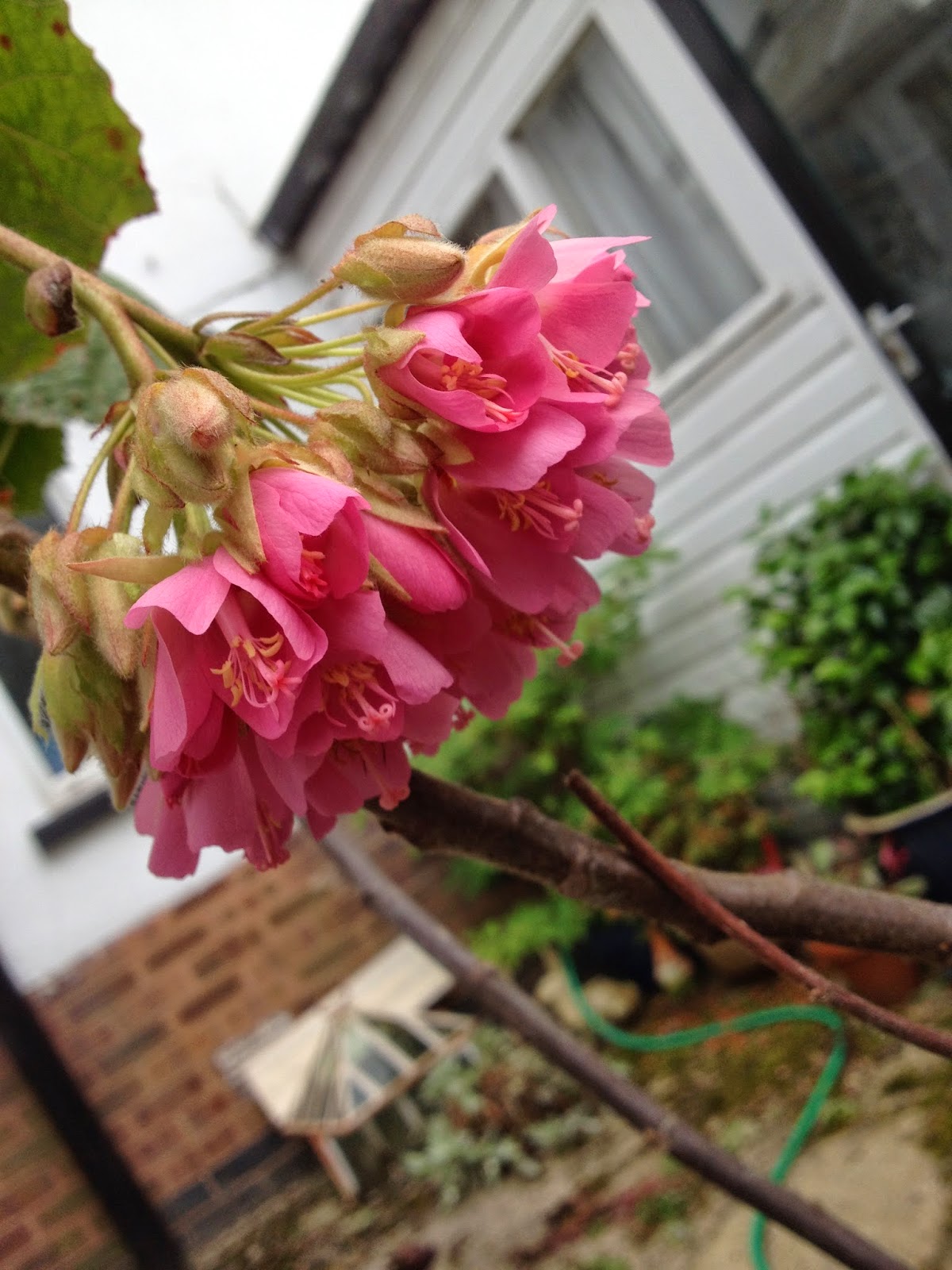 It was however pipped to the post by an annual, Chrysanthemum Rainbow (or as Mr Ranyard calls it ‘Hippy Rainbow Love Child’ which is almost reason enough to make it the winner of the year).  These annuals grew well, they survived slugs and did not suffer too badly in the dry weeks.  They produced all sorts of different coloured combinations of flowers that largely reminded me of the stripy 1970s tank tops my elder brothers used to wear (maybe in their dreams they still do….). 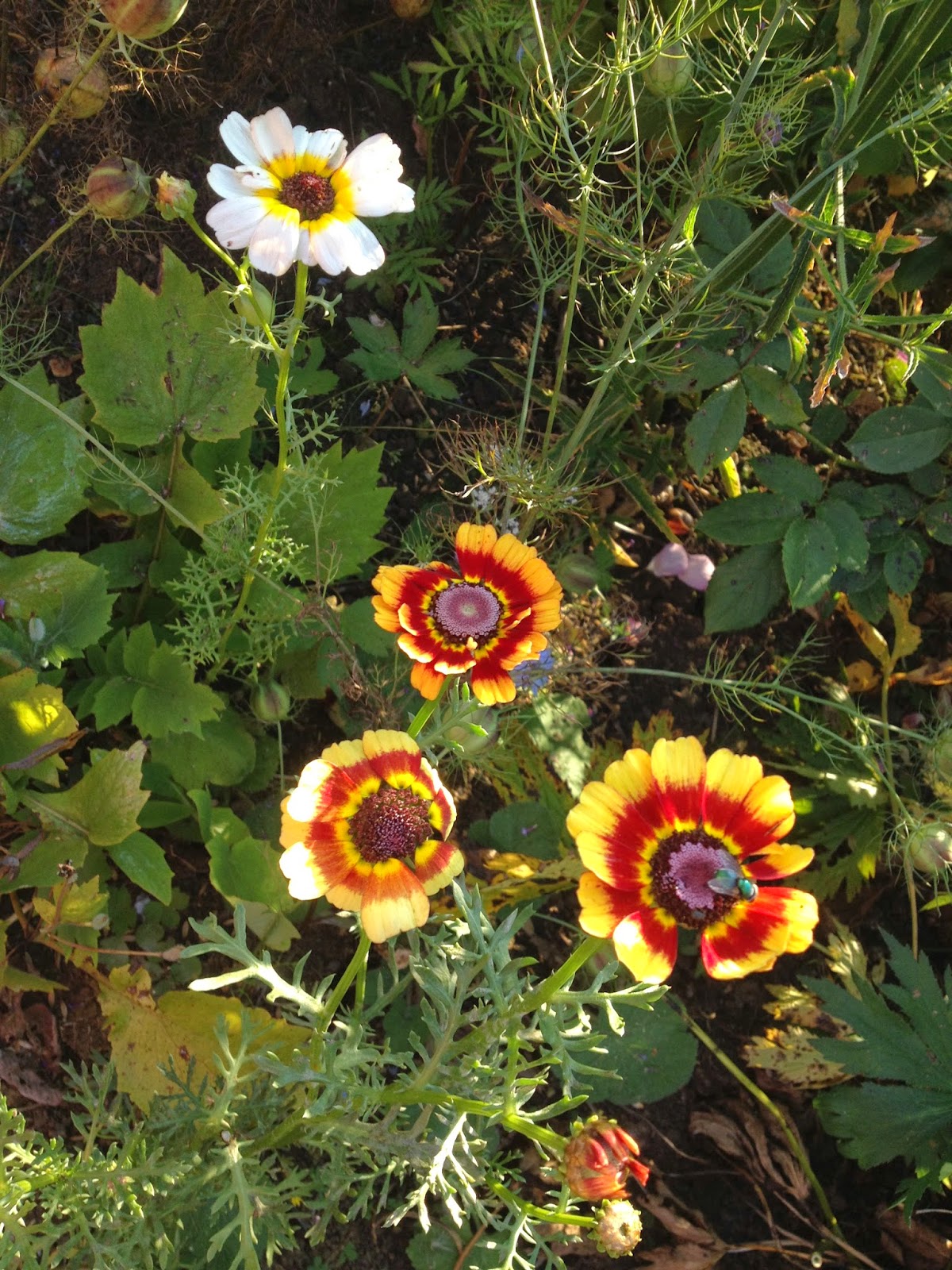 It is not the most tasteful of flowers, it does not appeal to all, but I fell very much in love with it and will definitely be growing it again. 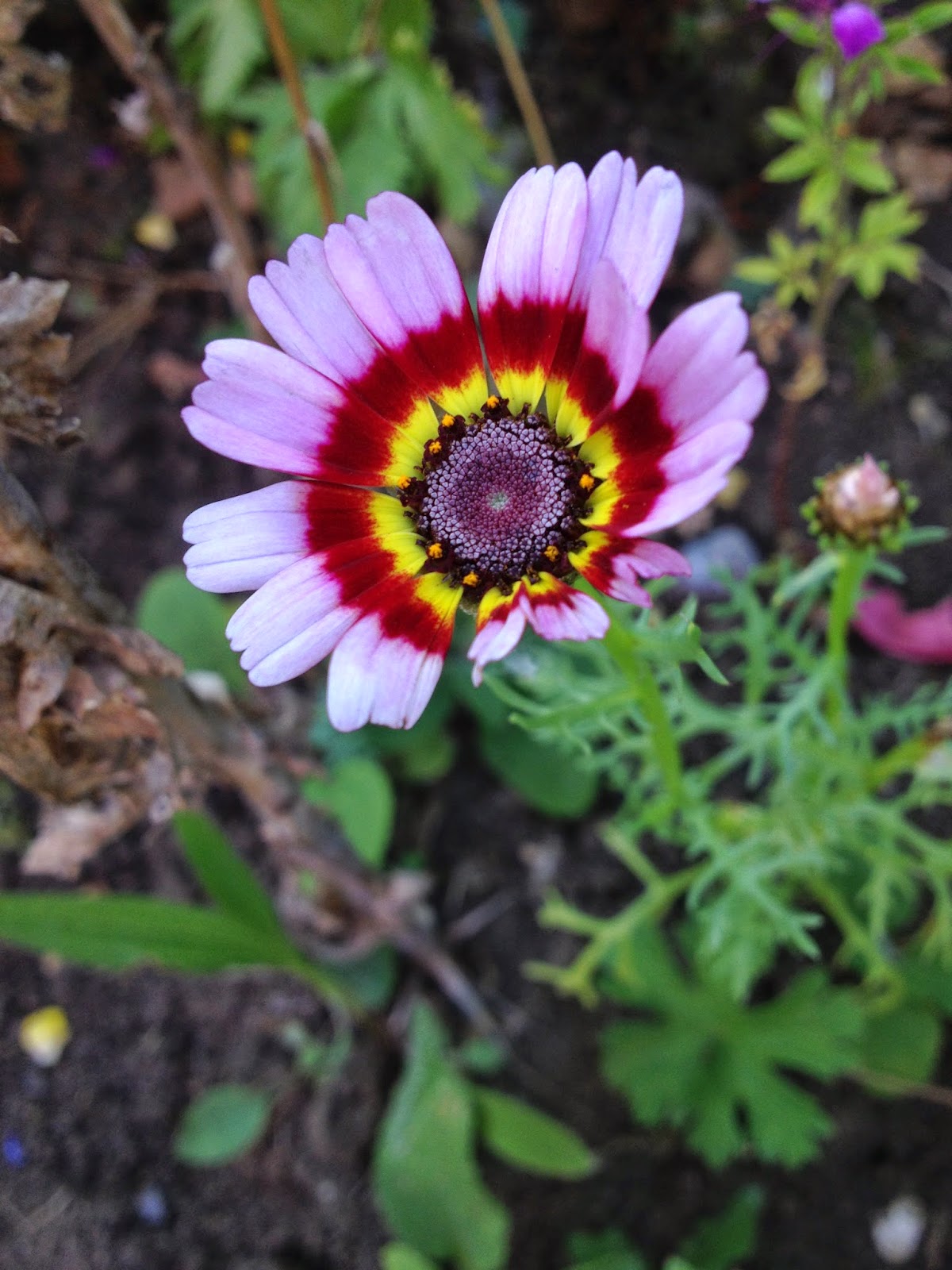 You may ask the methodology for making this final choice, it is actually quite simple.  I realised that I had photographed this plant probably more than any other (apart from poppies of course).

So there we have it, the victrix ludorum is awarded and the competition begins again for next year.