August 17, 2014
I recently went on a visit to Calke Abbey, I have visited many many times and yet I never seem to get tired of it.  There is always something that catches my eye.

This visit I spent a lot of time looking at the outbreak of knitting that was all around the gardens. 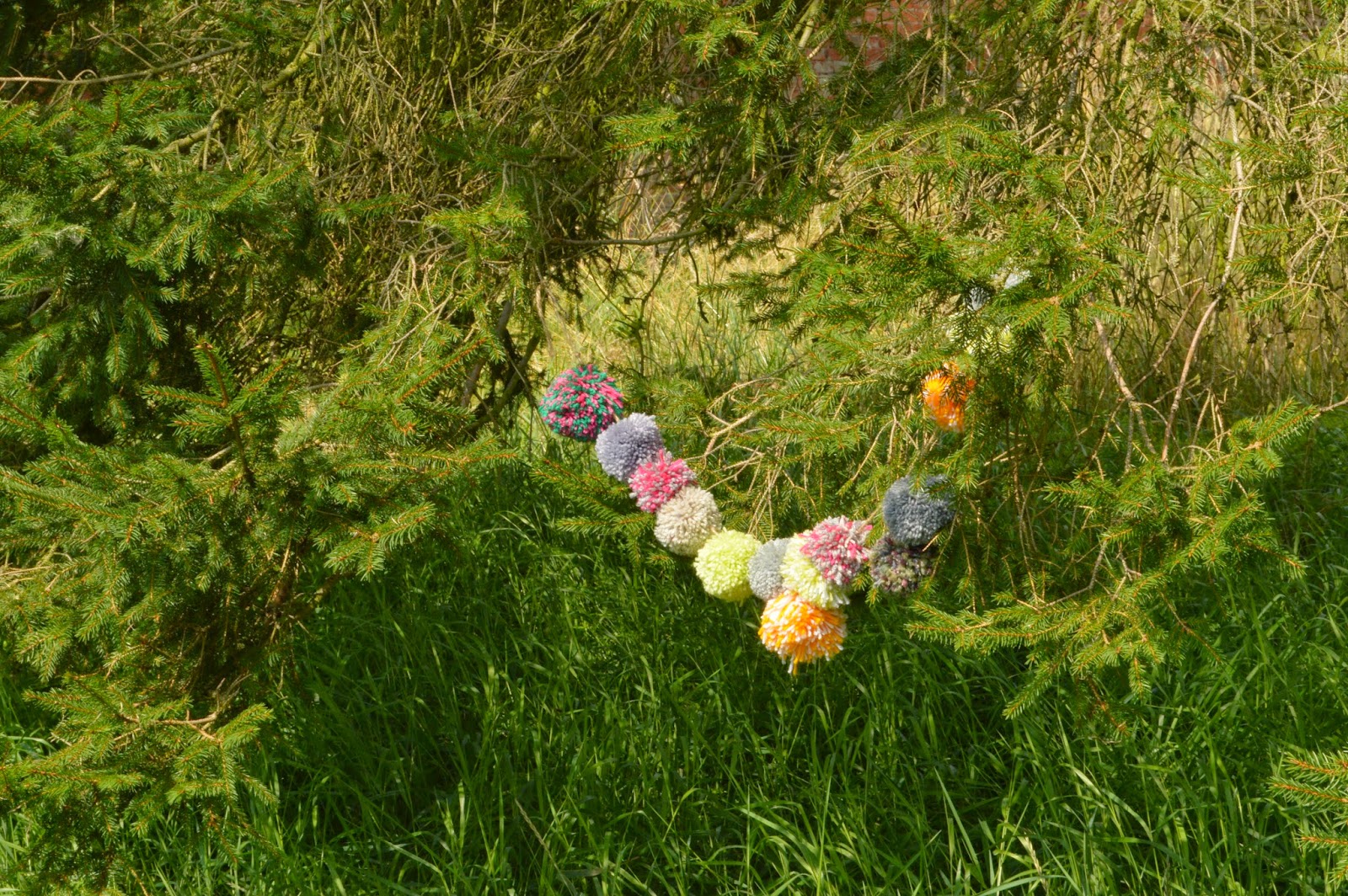 Some these cheeky little characters were dotted around in trees, 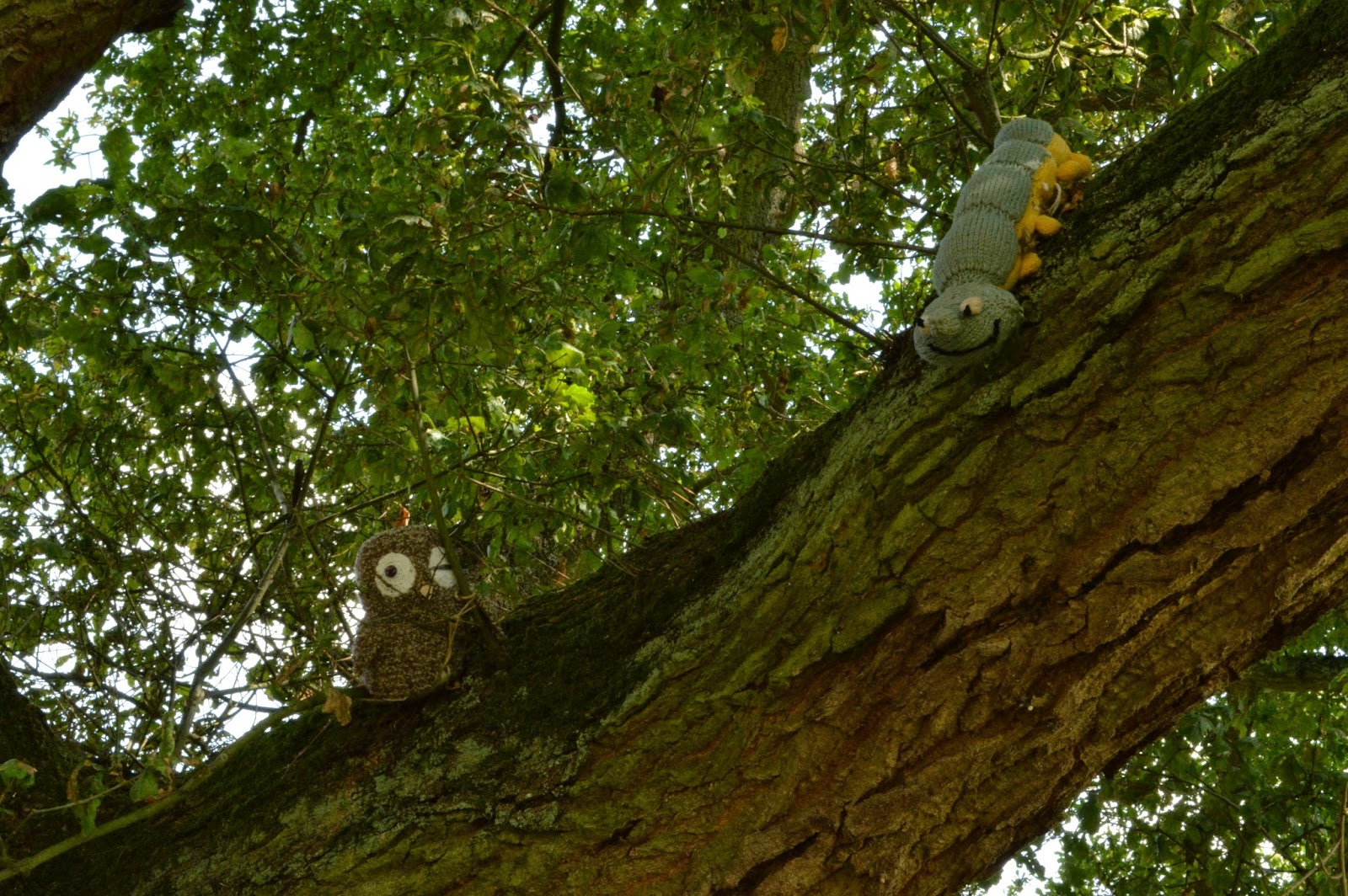 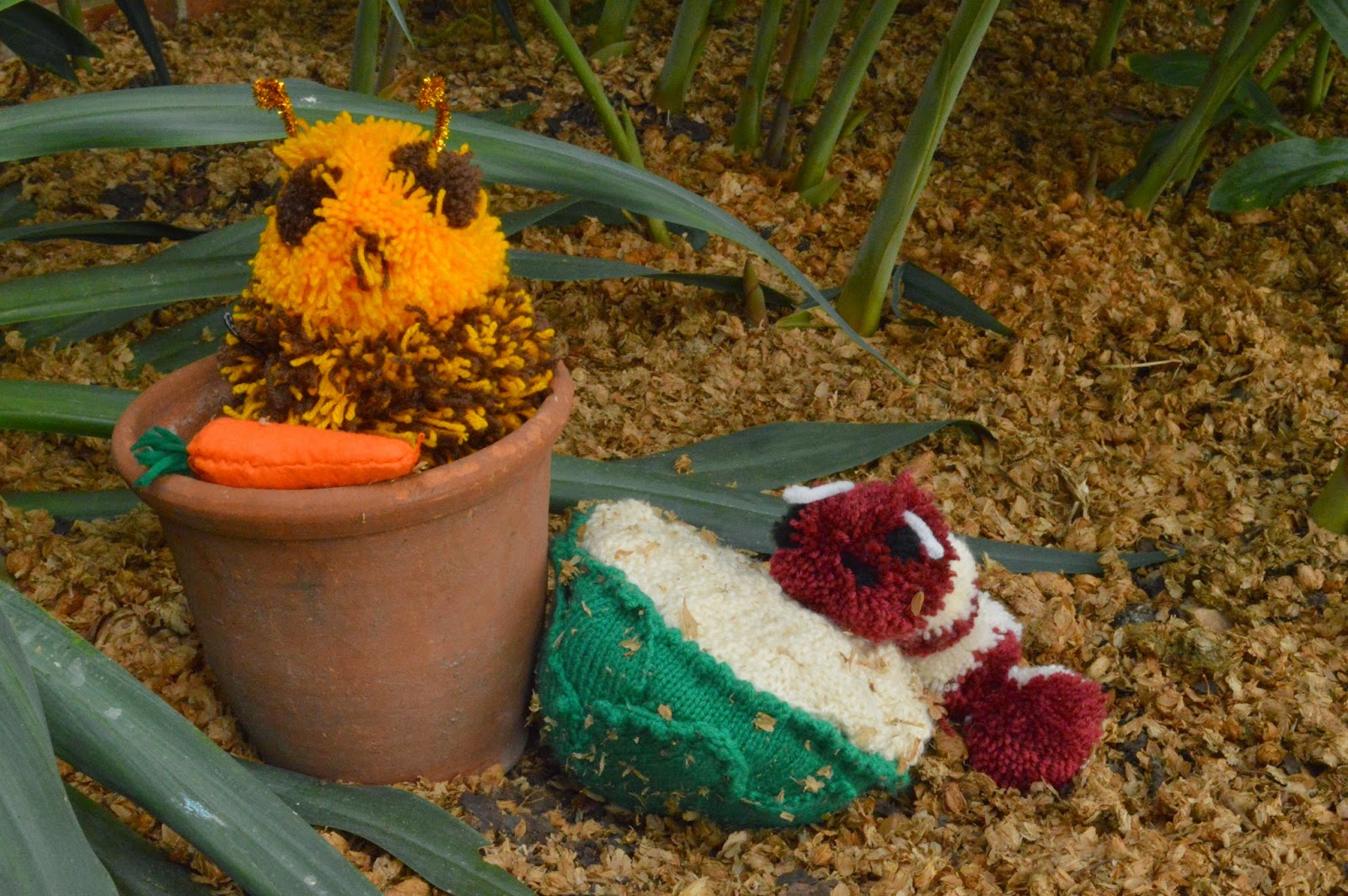 the sun dial was adorned, 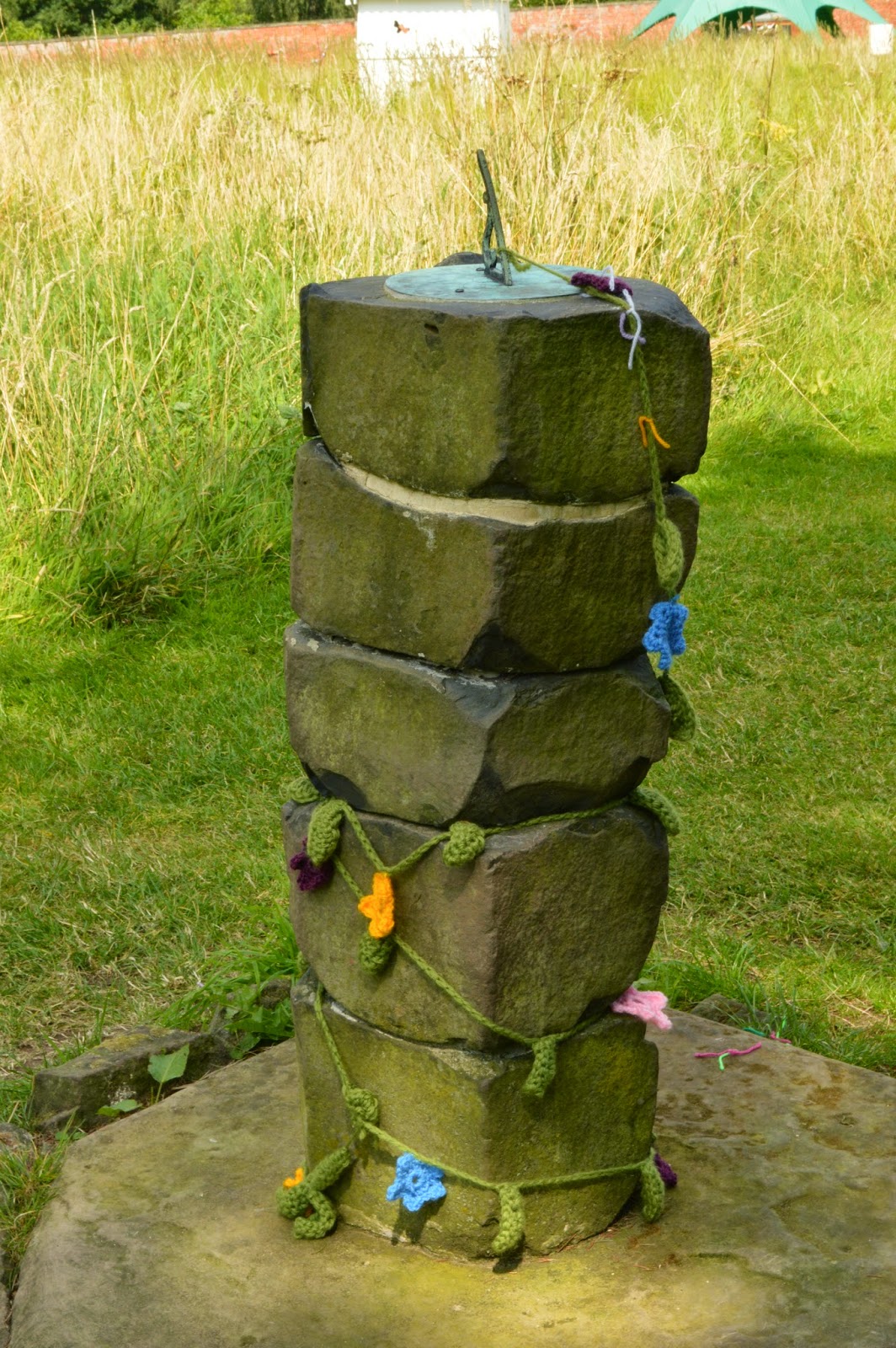 and this was the best way of dealing with an unsightly crack in a wall I have ever seen.  I do like a bit of yarn-bombing. 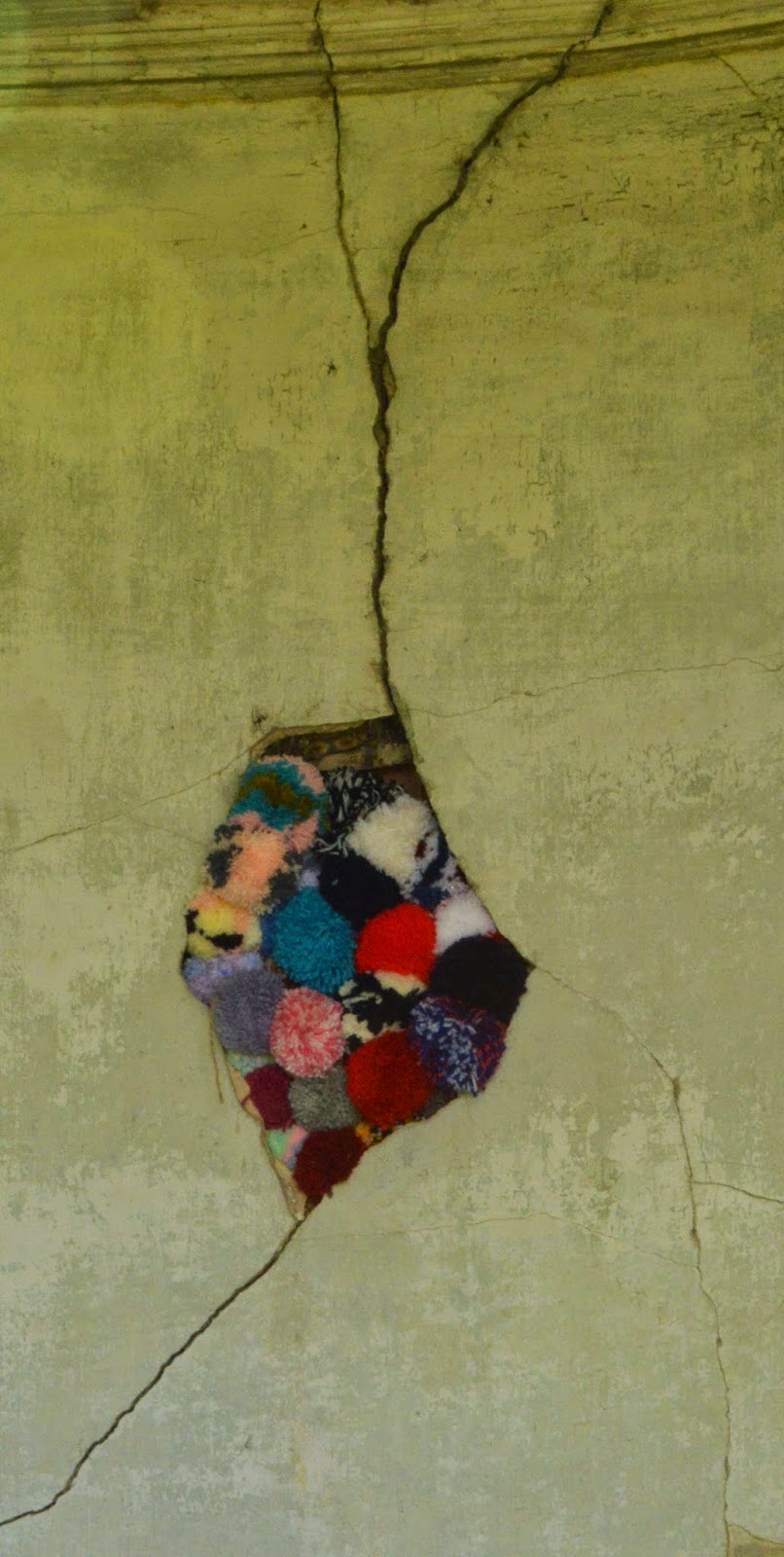 Moving further on into the walled garden then it was the pumpkins and squashes that caught my eye.  Ok, not pumpkins really, but squashes and pom poms just did not sound as good! 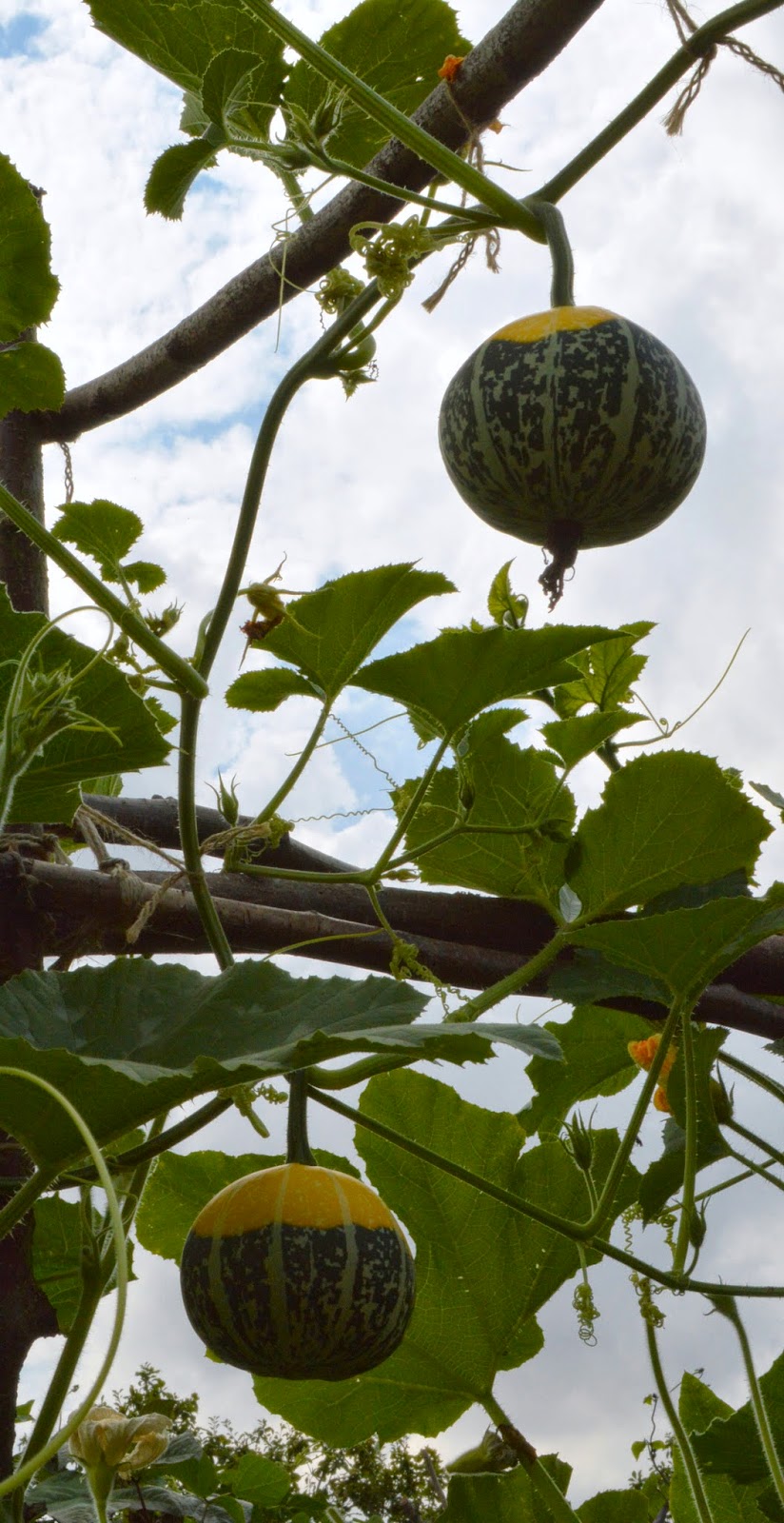 I found the Christmas pudding plant. 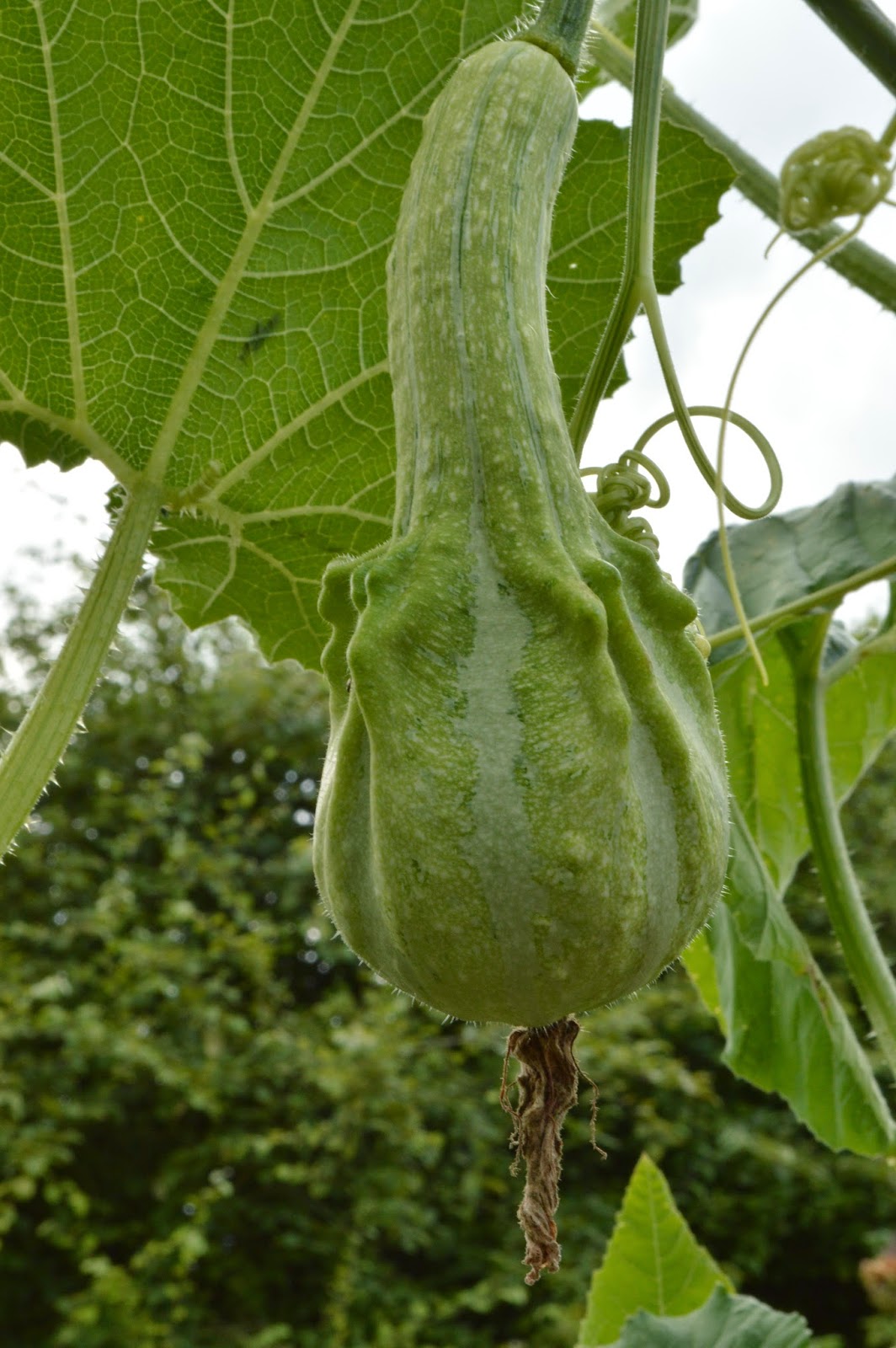 I found this oddly shaped one (I refrain from any descriptive comment). 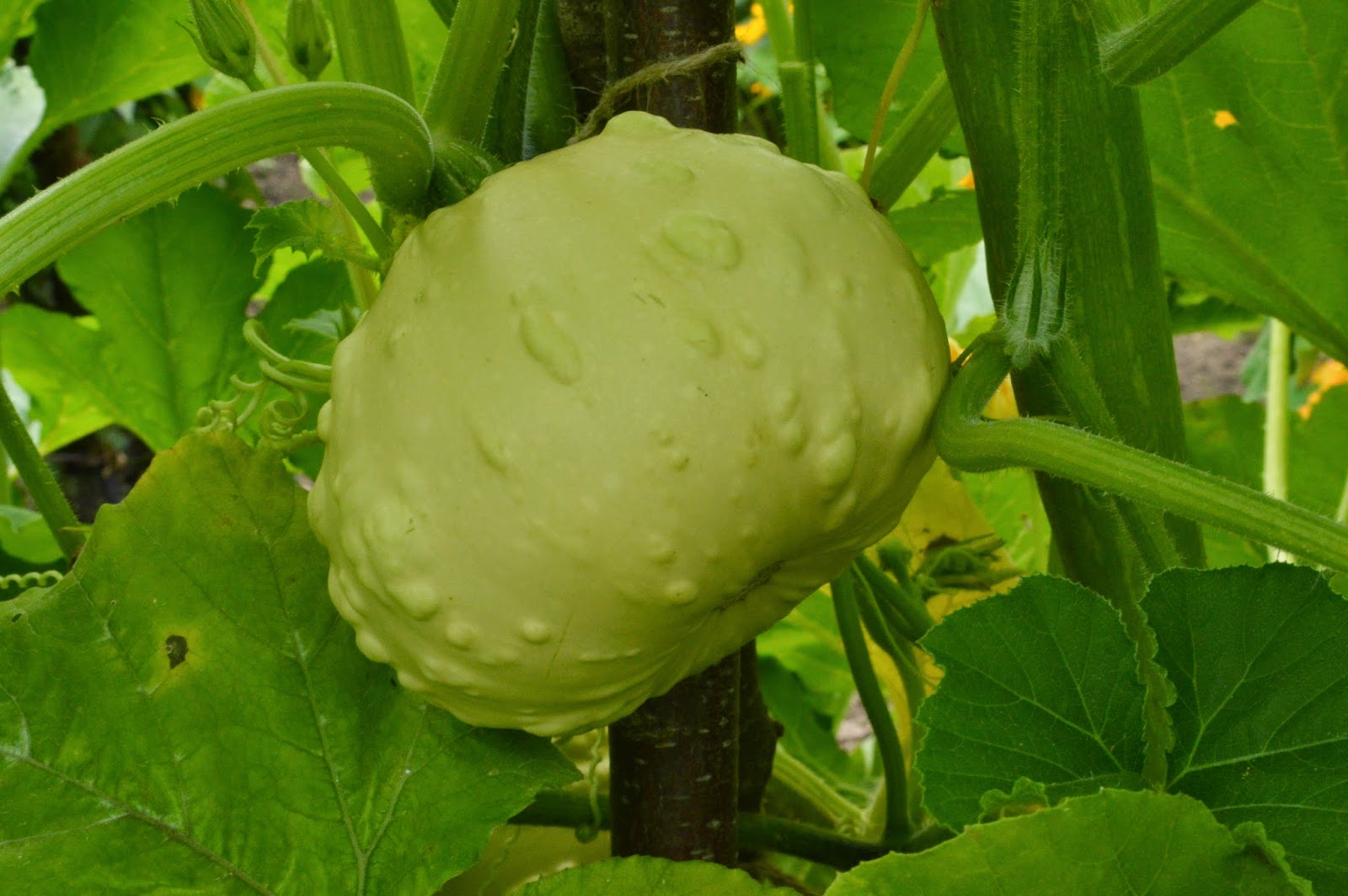 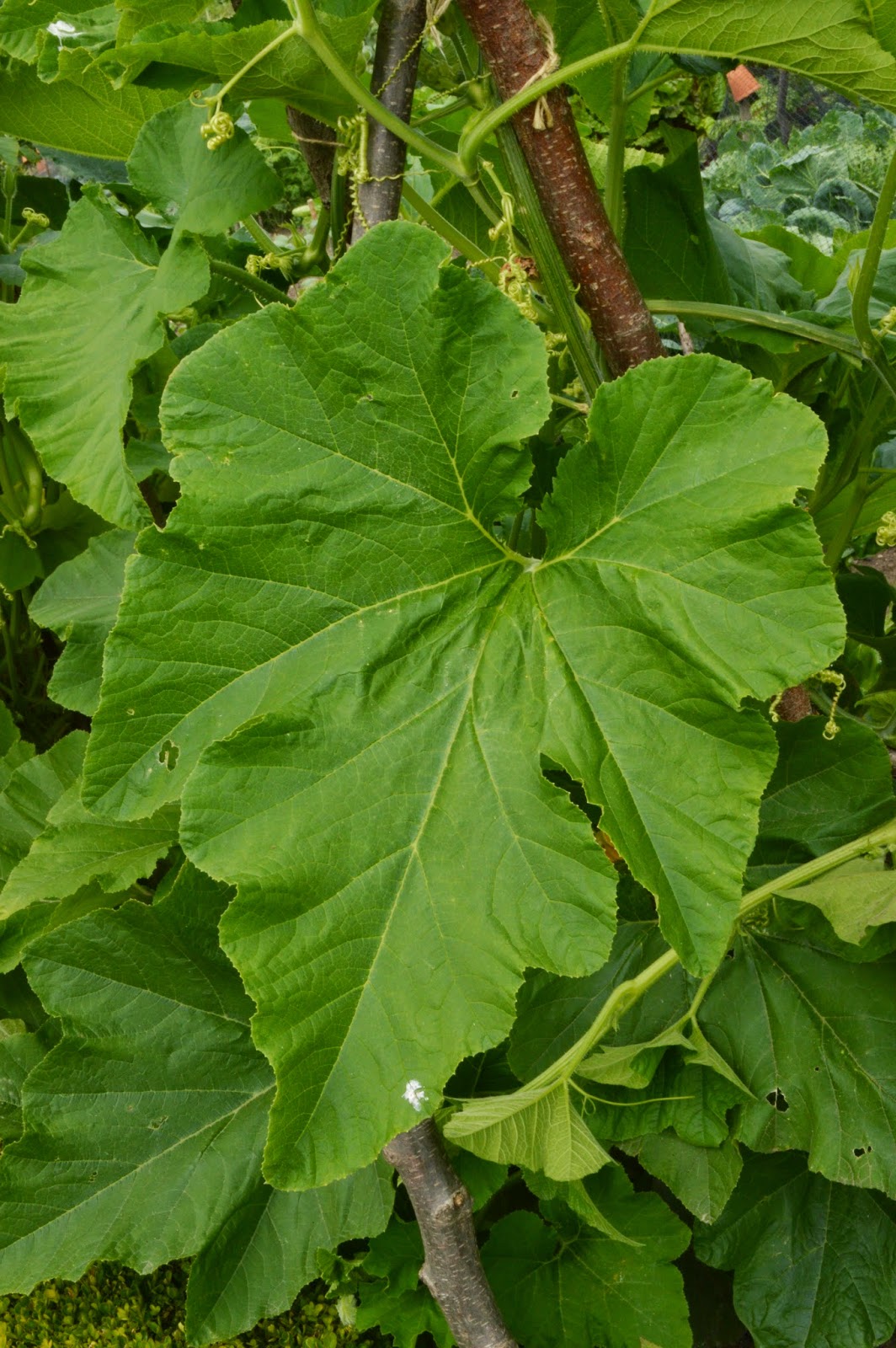 The leaves are just so big and lush 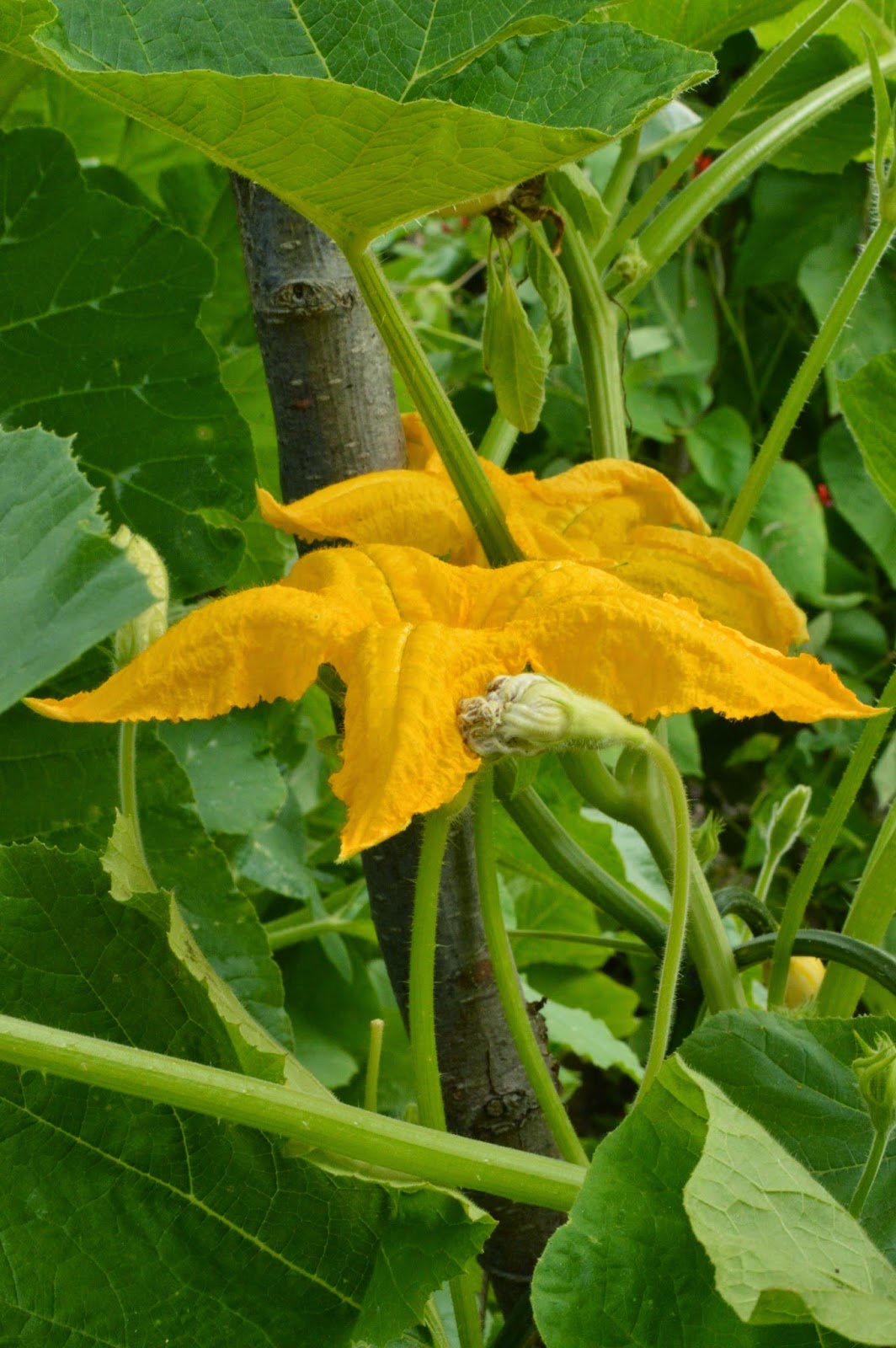 and the flowers so bright 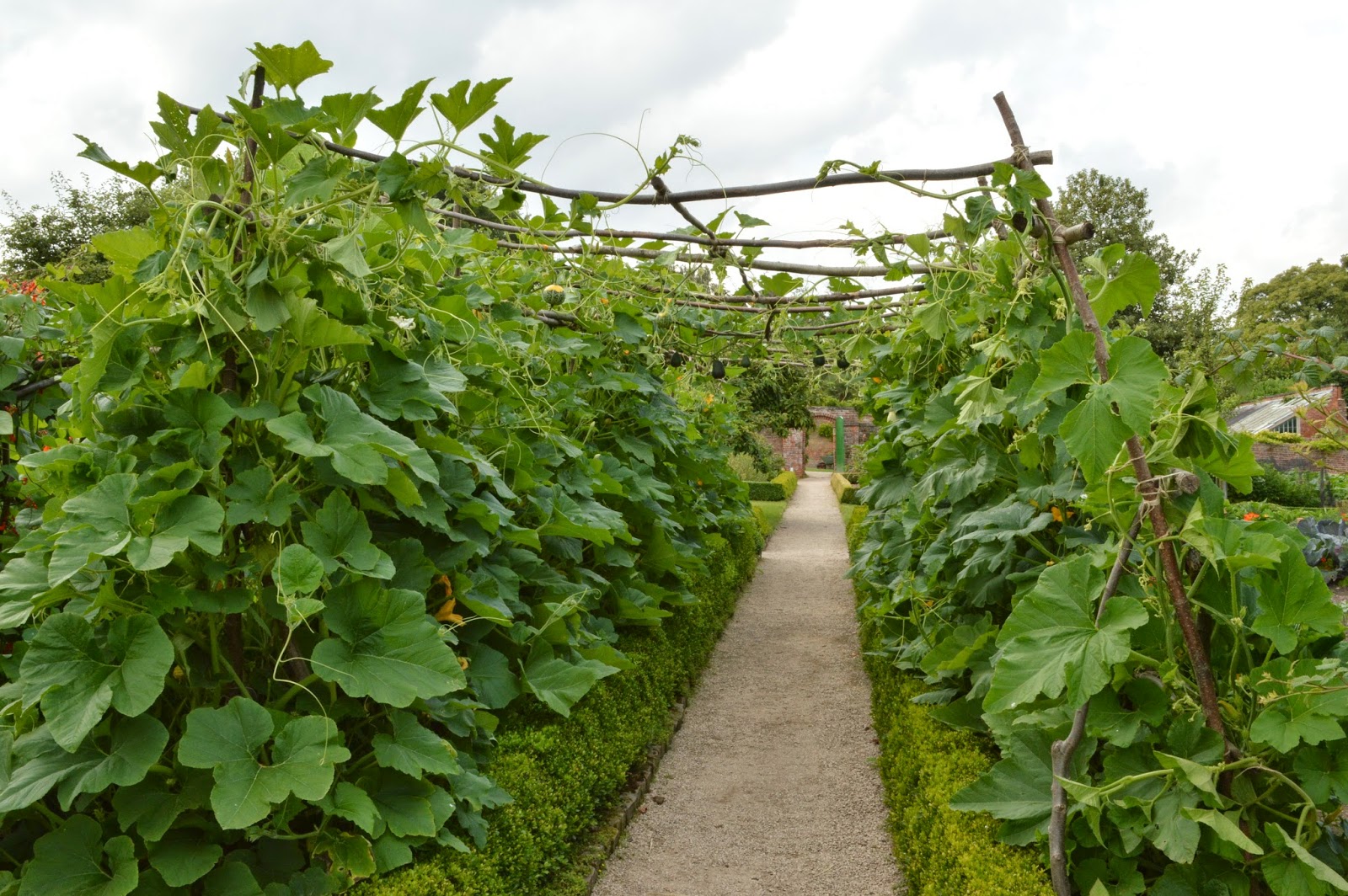 Why am I not growing an archway like this?

Well I will tell you why, I have grown squashes over the pergola one year.  It looked wondered, I duly collected up all the squashes at the end of the season.  They were solid as rock and tasted of very little, I decided no matter how good they were looked they were not worth the effort.

Now I am reassessing and thinking if I accept it as an ornamental feature I will be much happier, except I would worry about growing food for ornament which is basically a wasteful thing to do when not everyone has enough to eat.  I think it unlikely to happen after all.
Calke Abbey pom poms. pumpkins squashes yarn bombing