September 04, 2014
It is many years since I visited Kiftsgate Court Gardens but it was somewhere I wanted to go back to as it had made quite an impression on me.  It is not that far from where I live really and whilst I seem to be driving that way quite frequently at the moment the moment to stop and go in and not arisen.  The other day I was invited to go for lunch with an old friend and she said I could choose a garden to visit on the way back so after a quick check on the map I knew this was the day to go to Kiftsgate again.

We left on a sunny day and had a very nice lunch and whilst there I admired their rather nice courtyard, 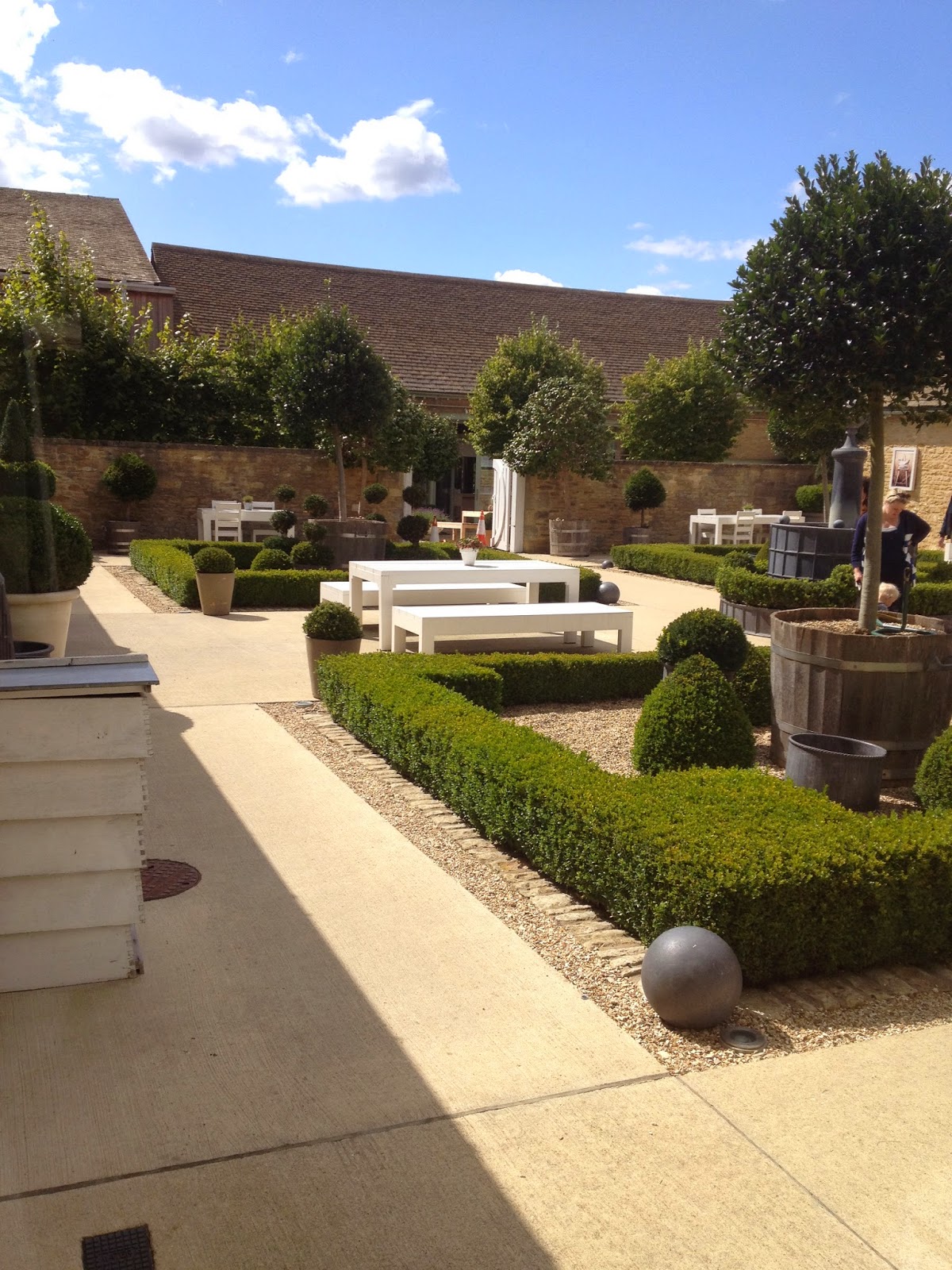 and rather strange hens (these were not on the menu, I checked). 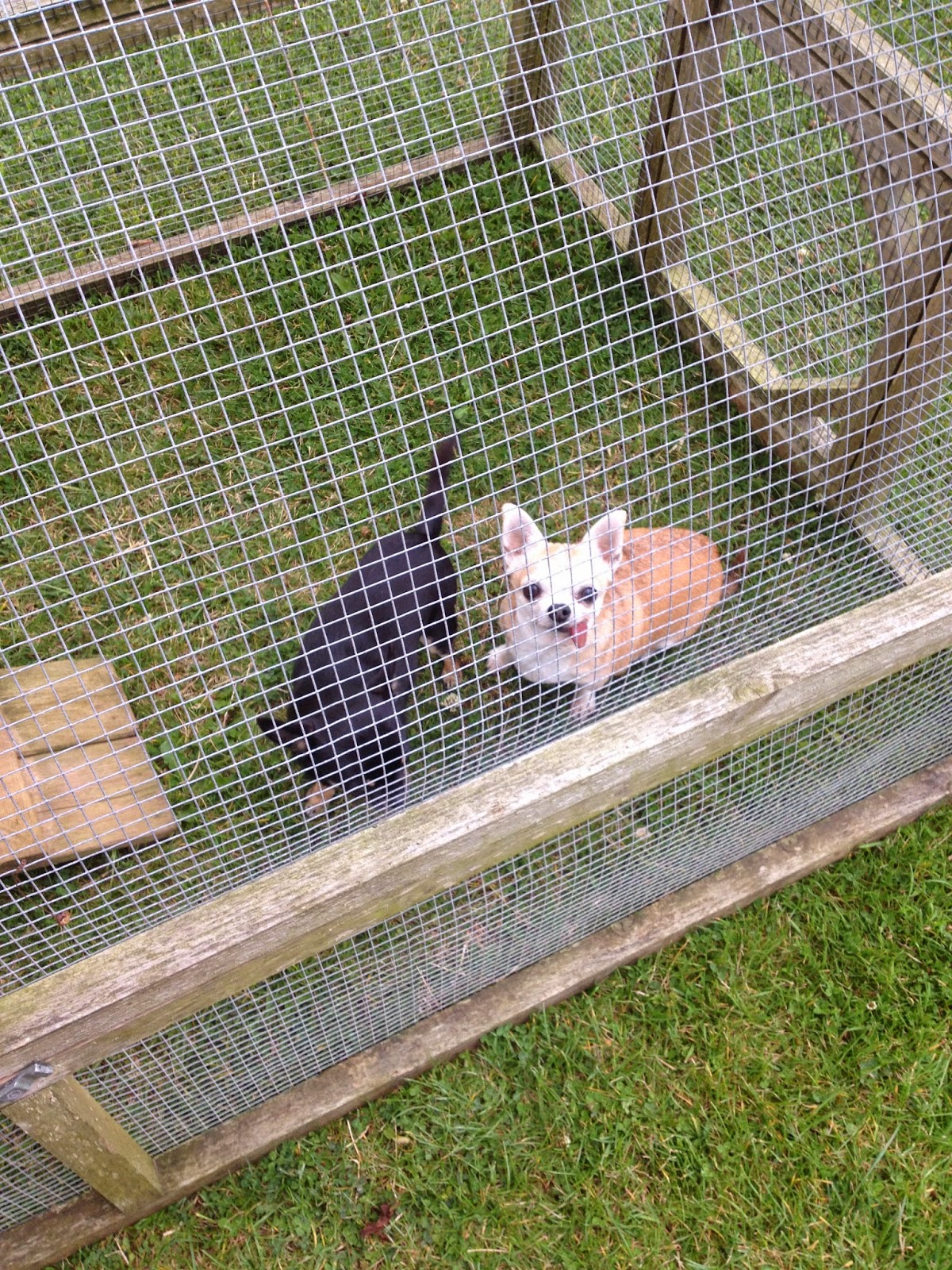 Isn't the honey coloured one adorable?  I said 'look up' to him and he did.

We then set off for Kiftsgate and immediately the dark clouds started to gather.  We drove though a torrential downpour and this then turned into a plethora of small showers that continued for the rest of the afternoon. 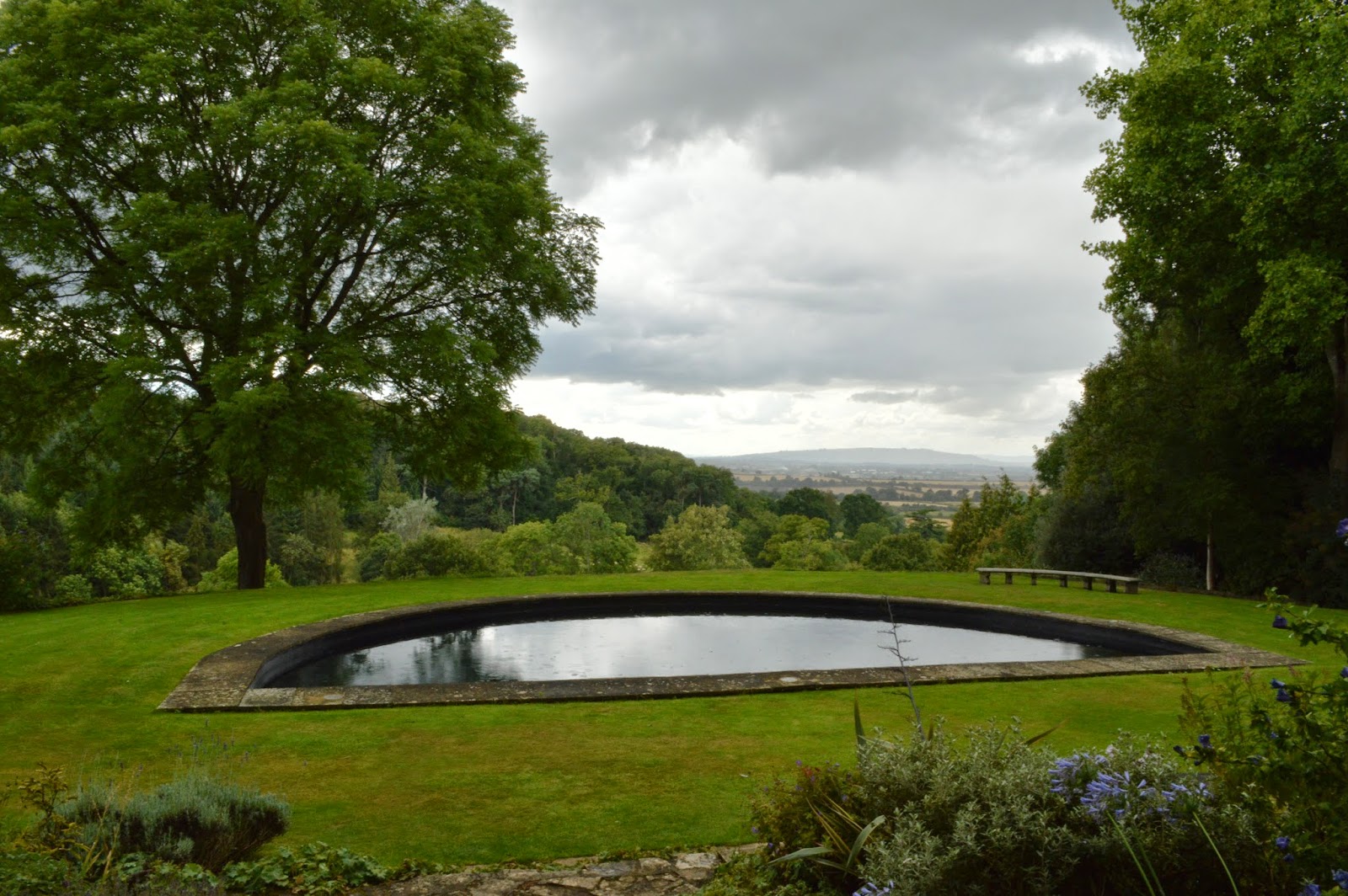 I like Kiftsgate, it leads you well on its paths up and down and around and it is a good journey. 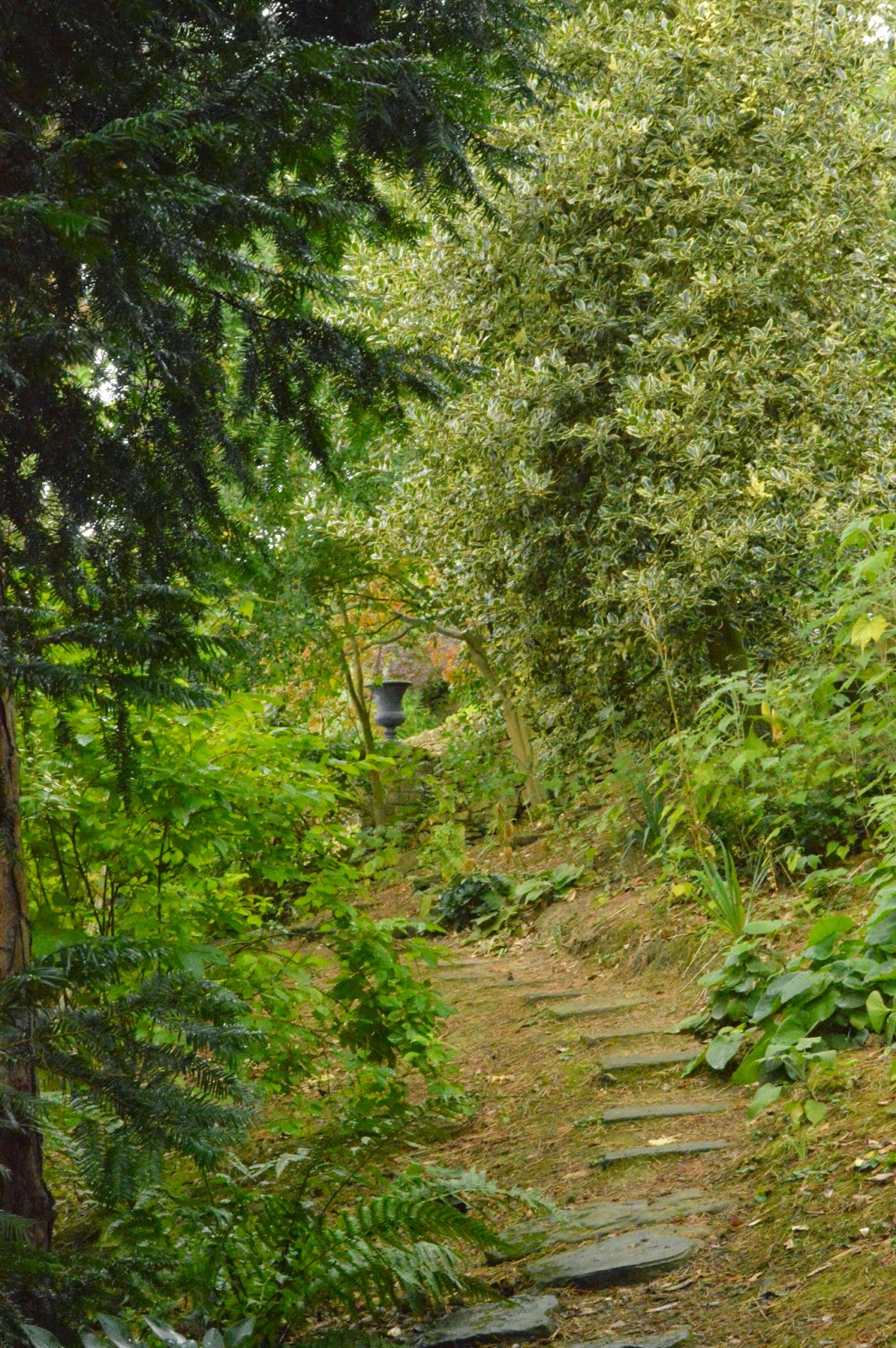 It is quite sheltered as you move down the terraces, I was impressed to see this echium, 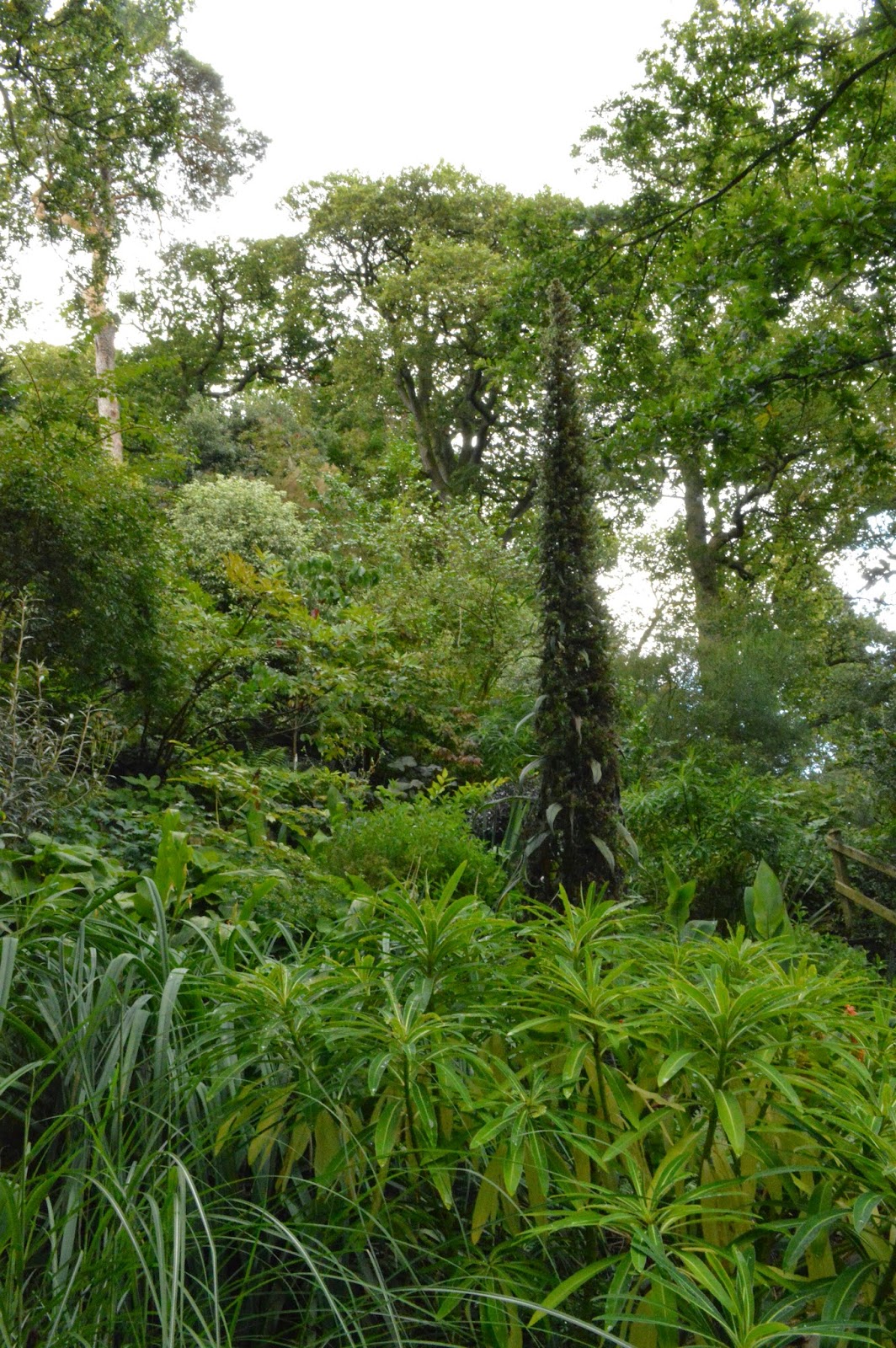 and this was one of a few Brugmansia, huge Brugmansia I should add. 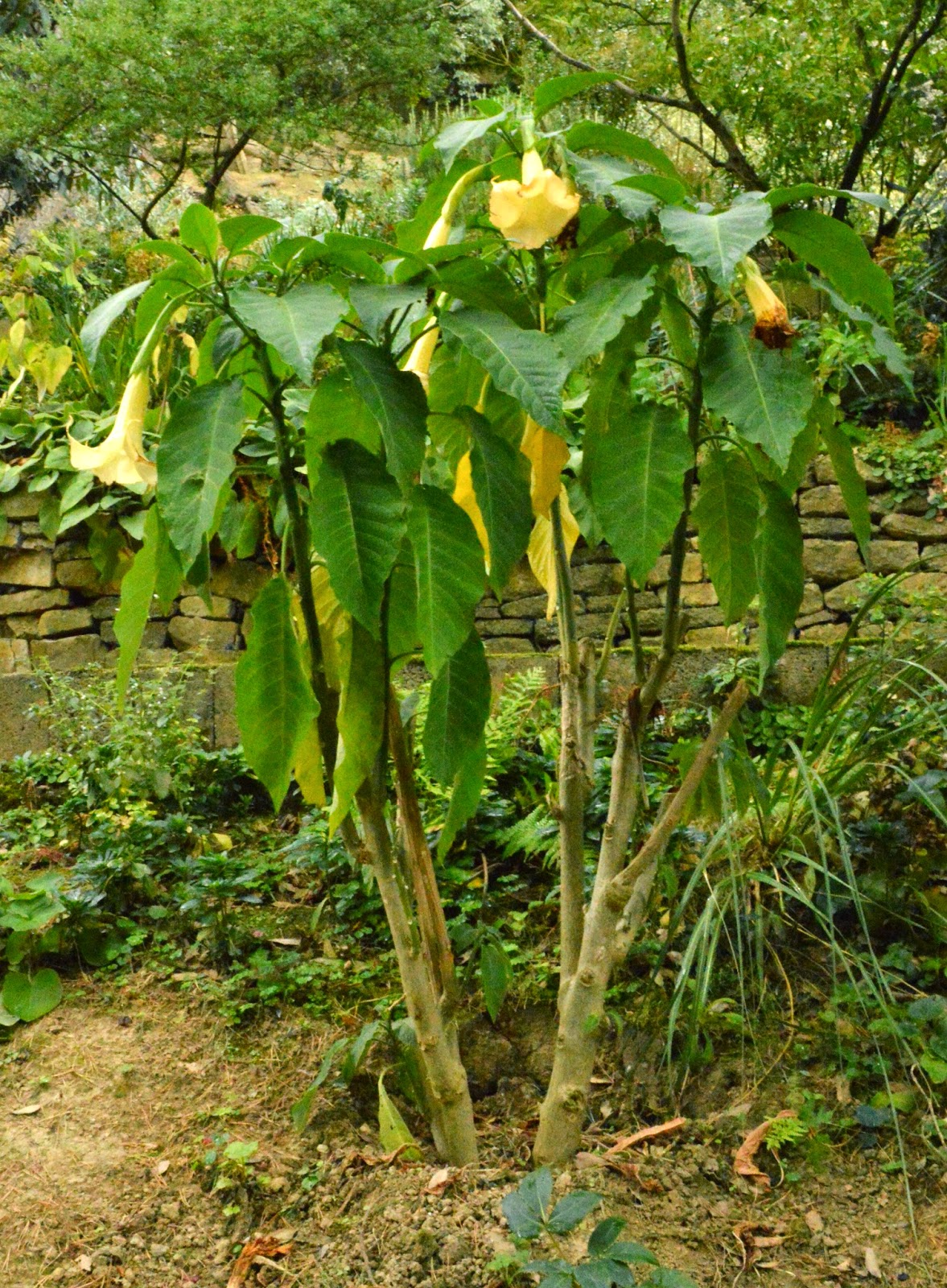 The garden is quite steep and has some good set pieces that set off the landscape well. 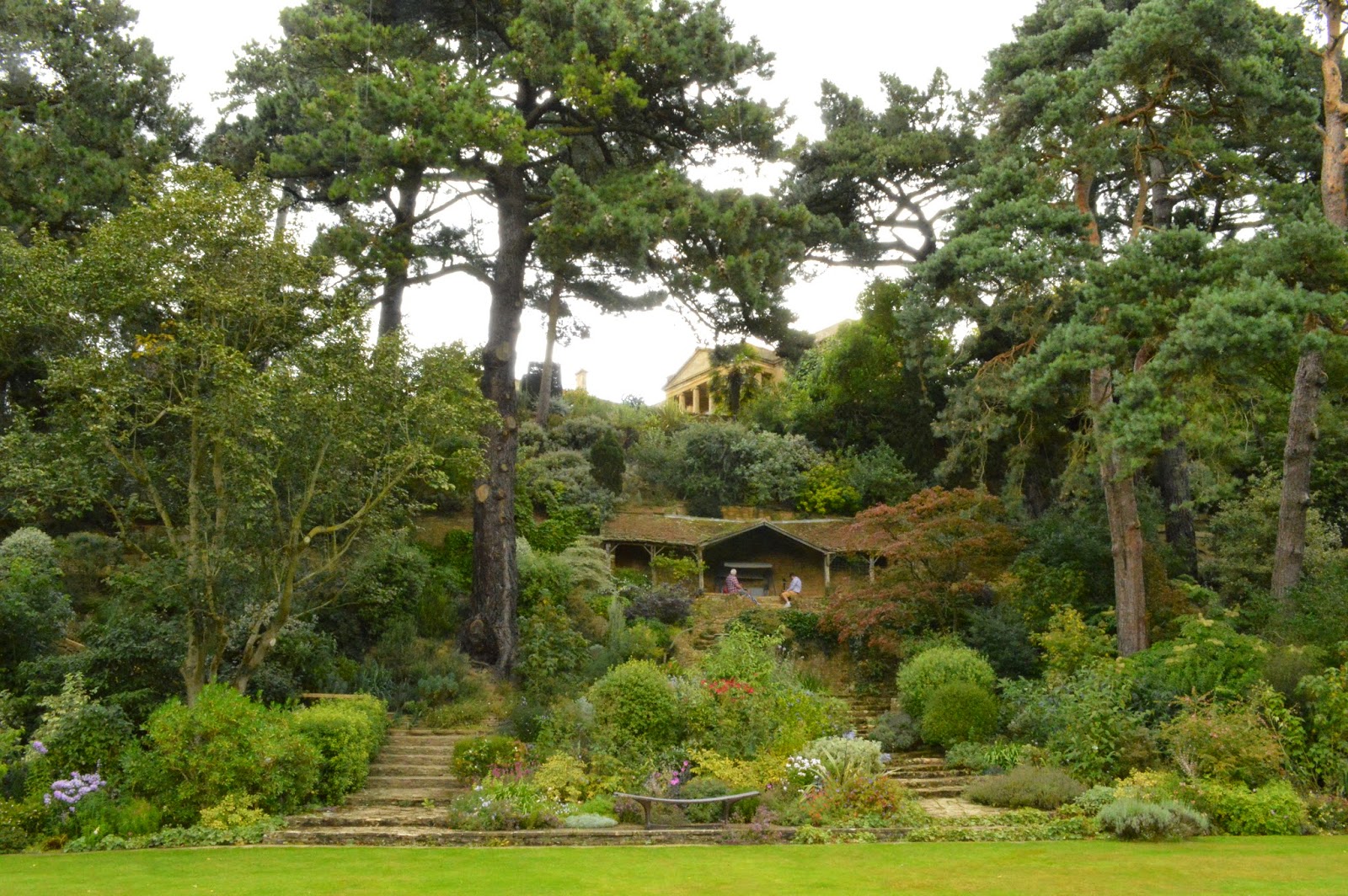 The more it rained the more people gathered in these shelters.  As is often when wandering around a garden conversations took place with total strangers, those happy, nice conversations where you collide and then move on probably never to meet again. 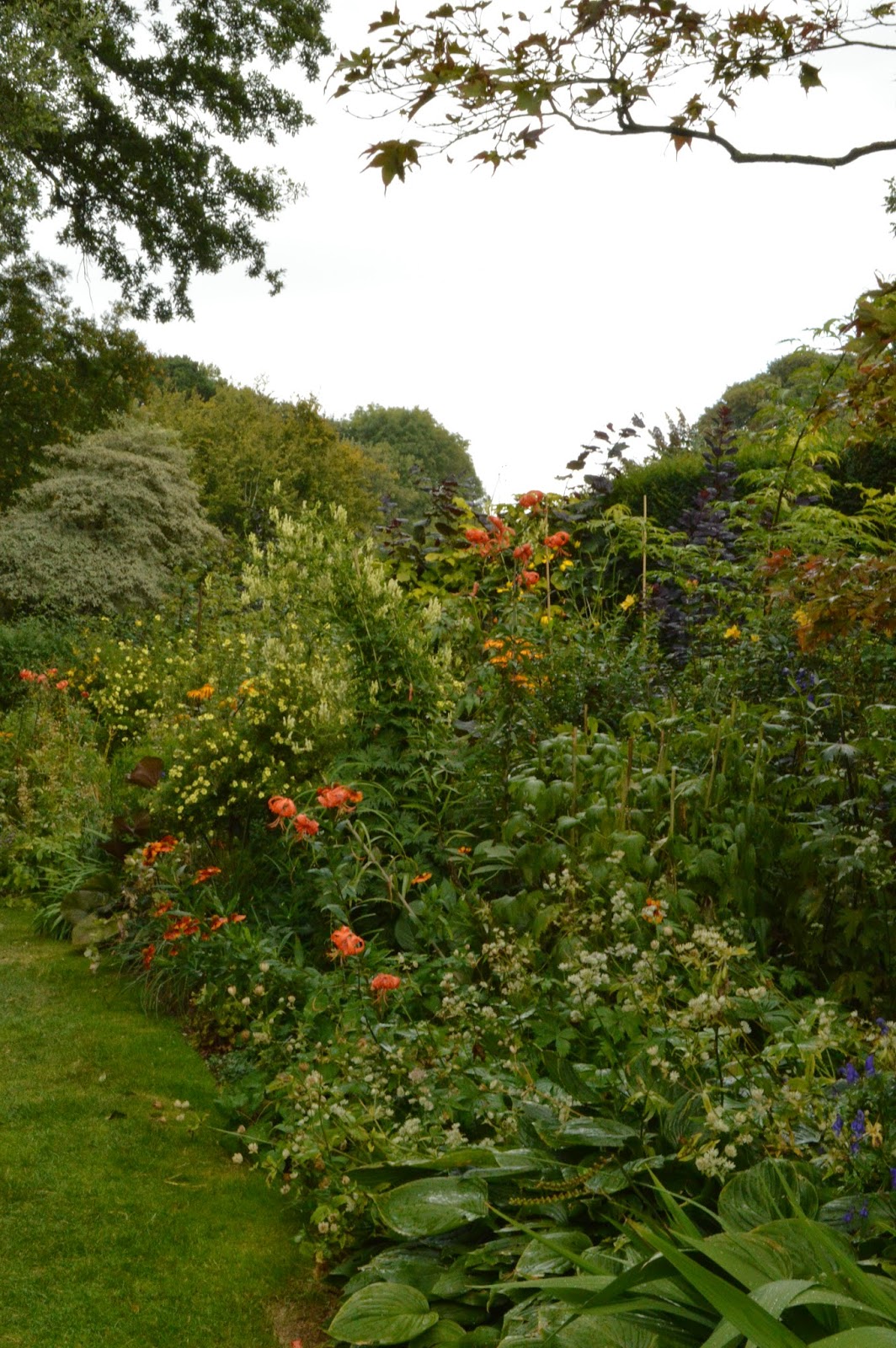 The borders were looking very colourful. 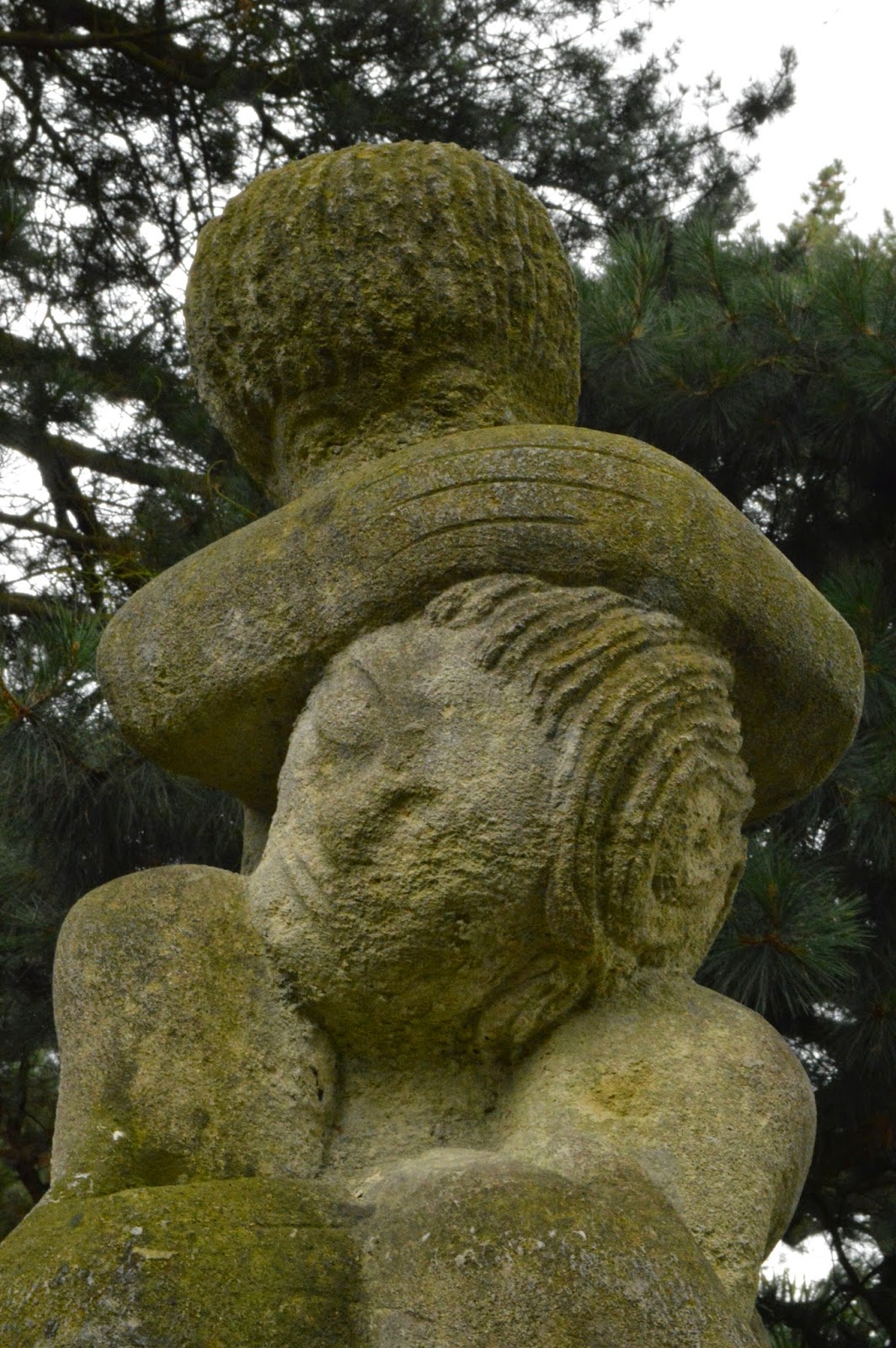 and I do like a good bit of garden sculpture.  Sculpture is a hard thing to place in a garden, it can often jar and what one person likes another will not.  I liked this one. 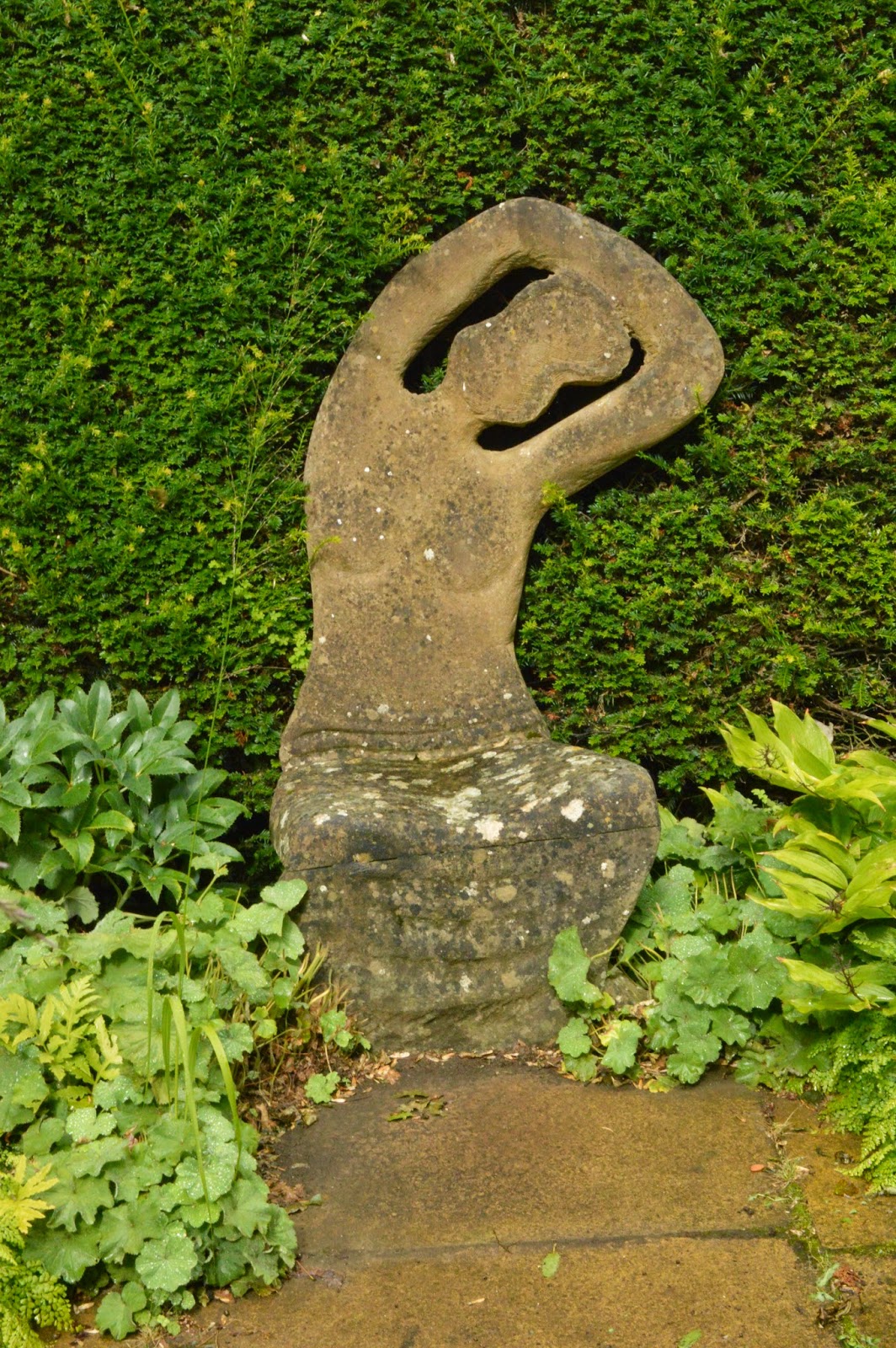 I really liked this one, it has a great simplicity of shape yet adds to the space and planting perfectly. 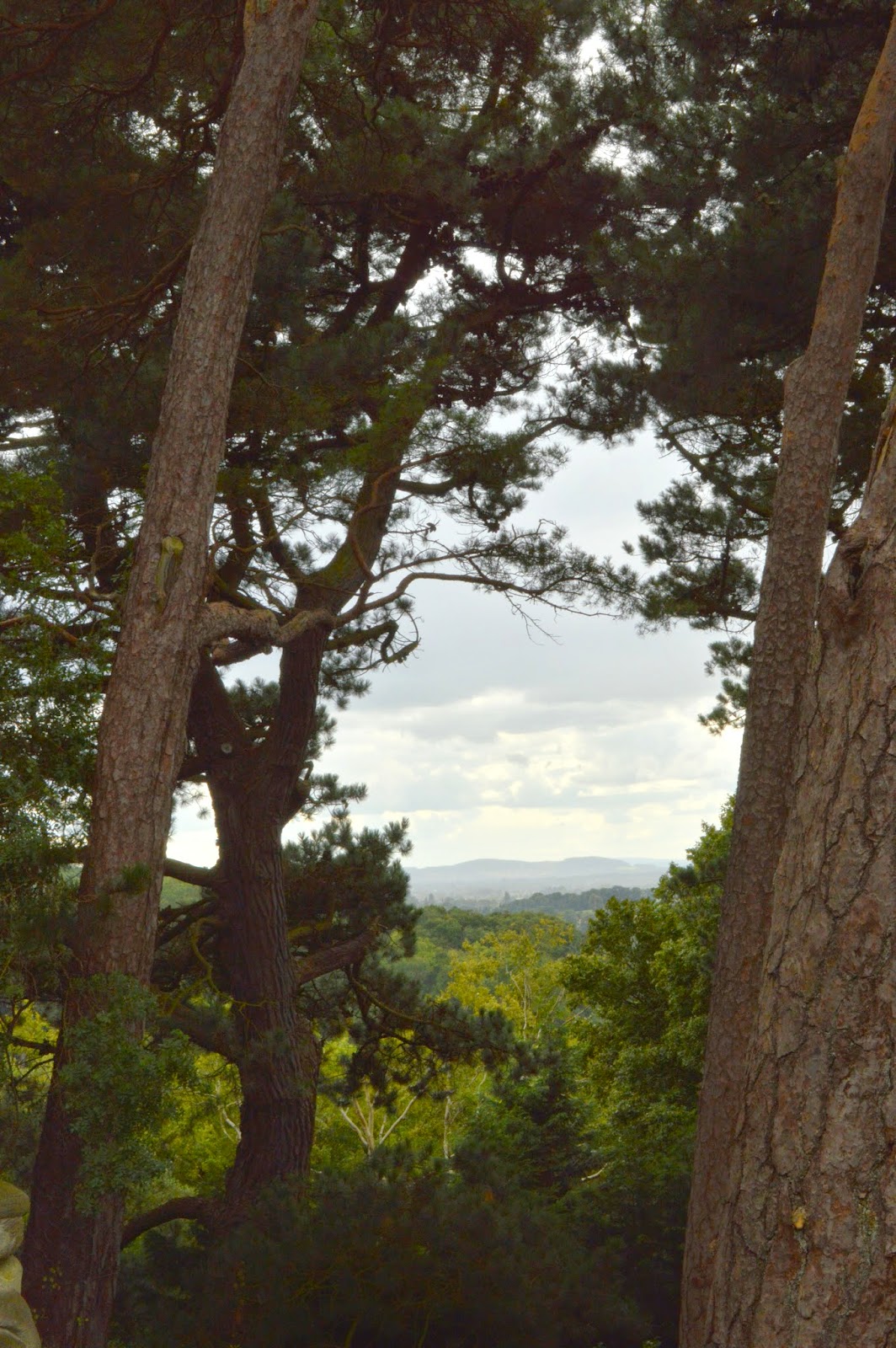 As we wandered around a passing visitor spoke to us just as we reached this spot.  She said it looked like the cover of the Rupert Bear annuals and I knew exactly what she meant.  It really made me smile. 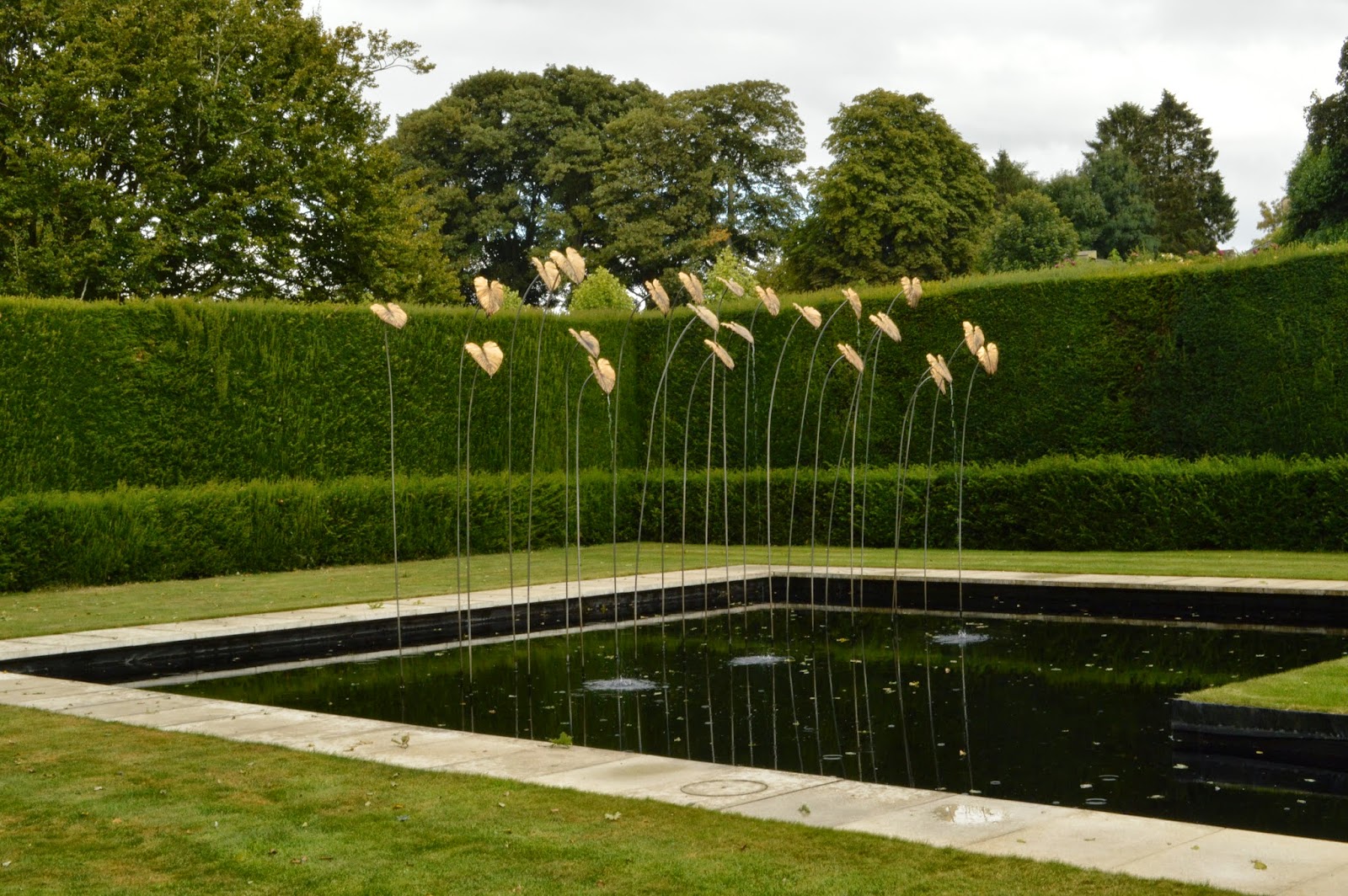 I wandered into the Water Garden, a garden I know that divides opinion, it is the marmite of gardens.  I am going to stick my head above the parapet and say that I like it, it is very green, very minimalist and very soothing.  My friend I was visiting with did not like it very much.  She thought it stood out too much against the rest of the garden and was too green, too minimalist, too soothing to the point of dullness.  I think I like its boldness and and I can imagine sitting on a warm summer evening, sipping a vodka martini and listening to the sound of the water.  It makes a nice foil to the busy and intricate planting in the rest of the garden. 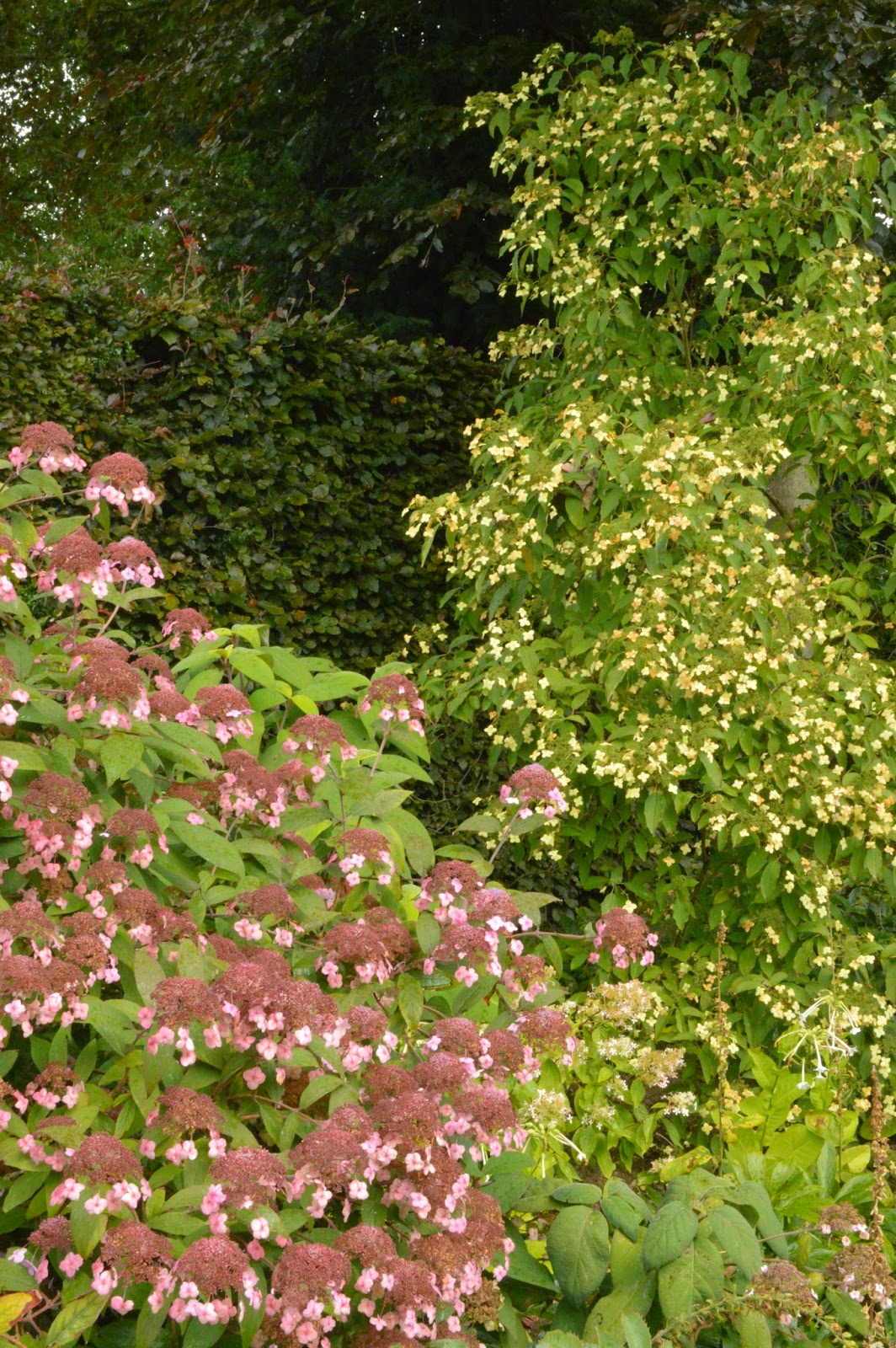 It was good to see some magnificent hydrangeas, 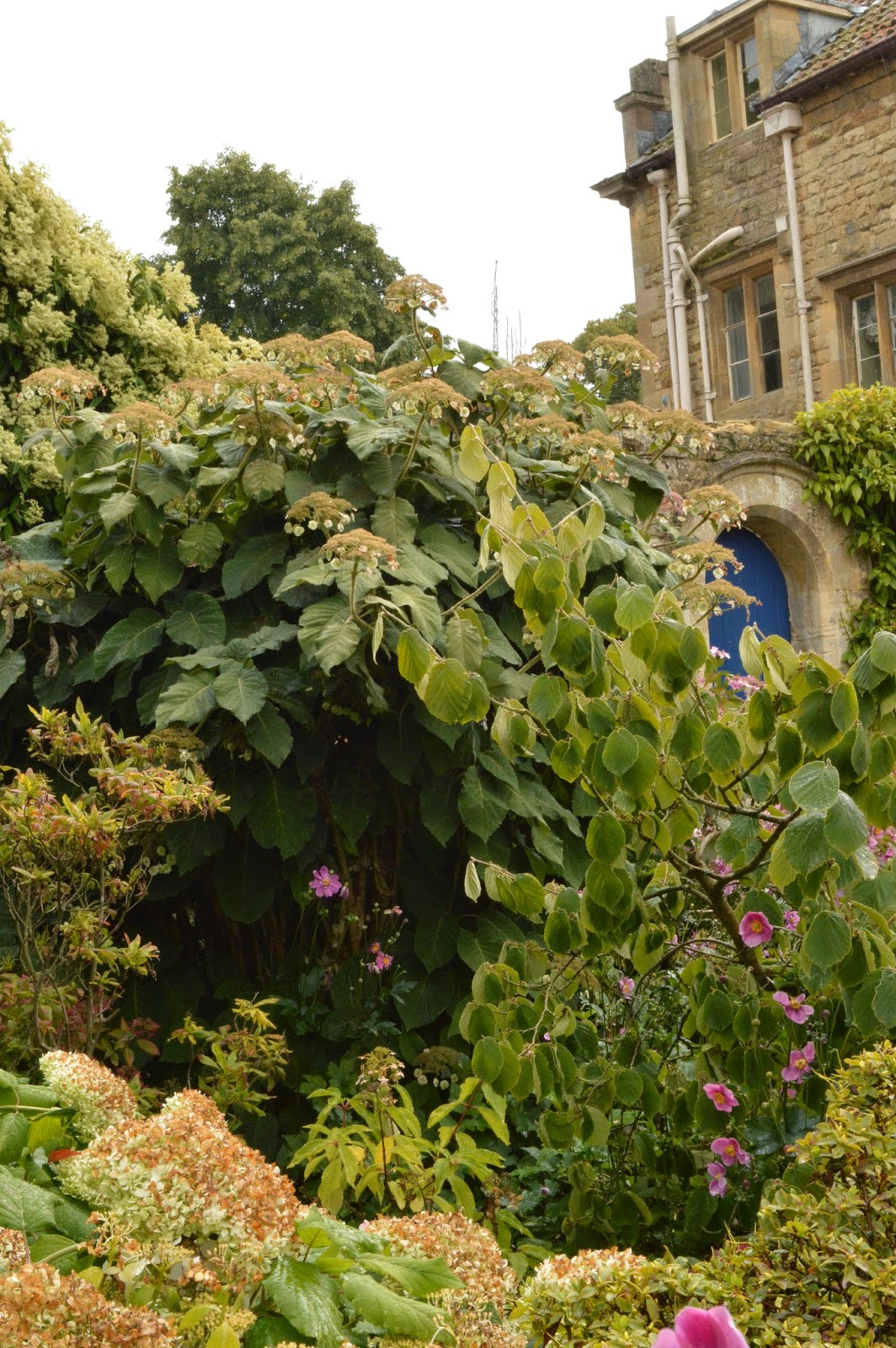 some were just huge. 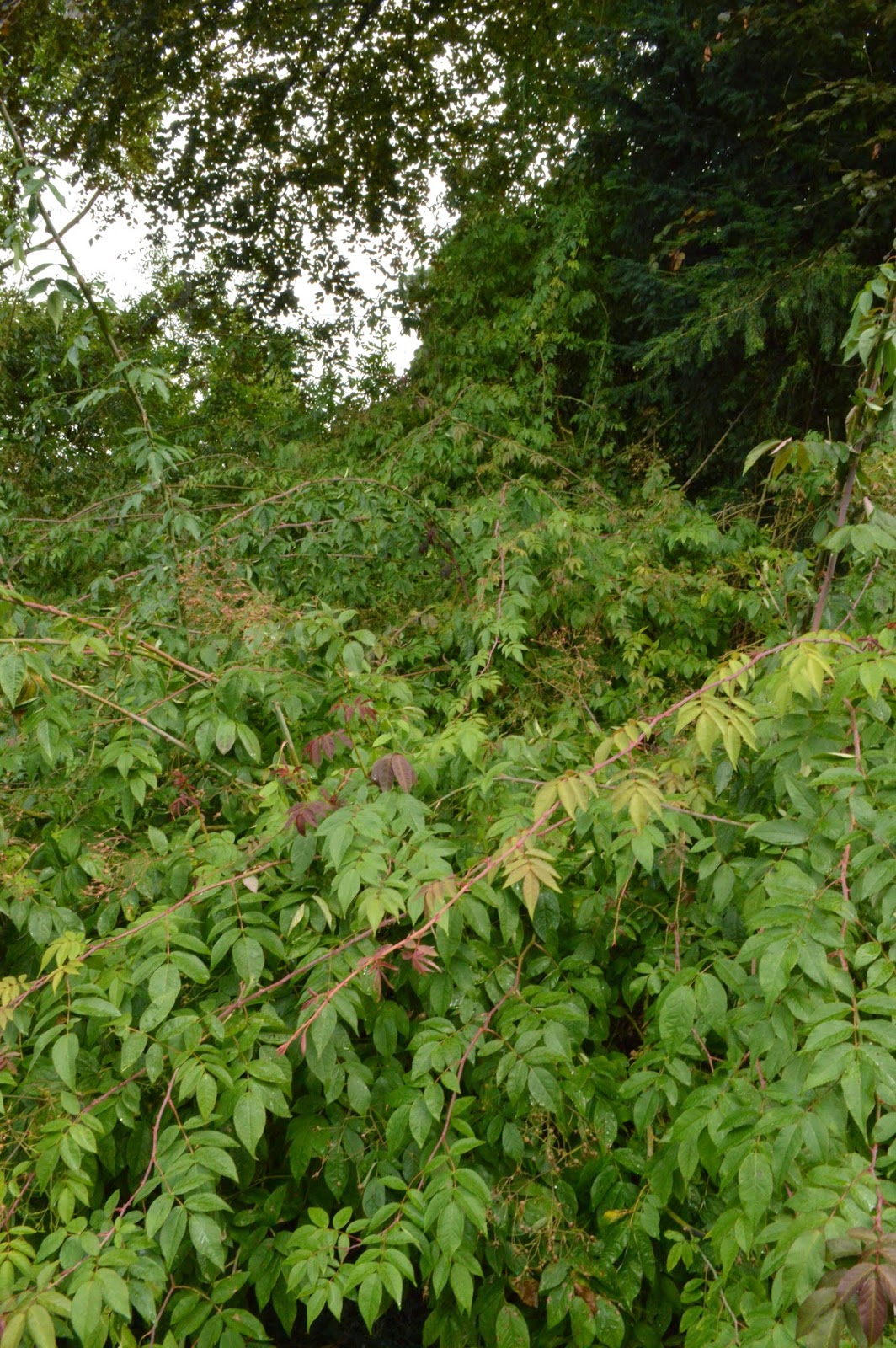 Though if we are speaking of huge then the Kiftsgate Rose must get a mention.  It is just mahoosive!  I bought one last time I was there and it is not this big yet, it marauders around my hedge as an extra spiny deterrent. 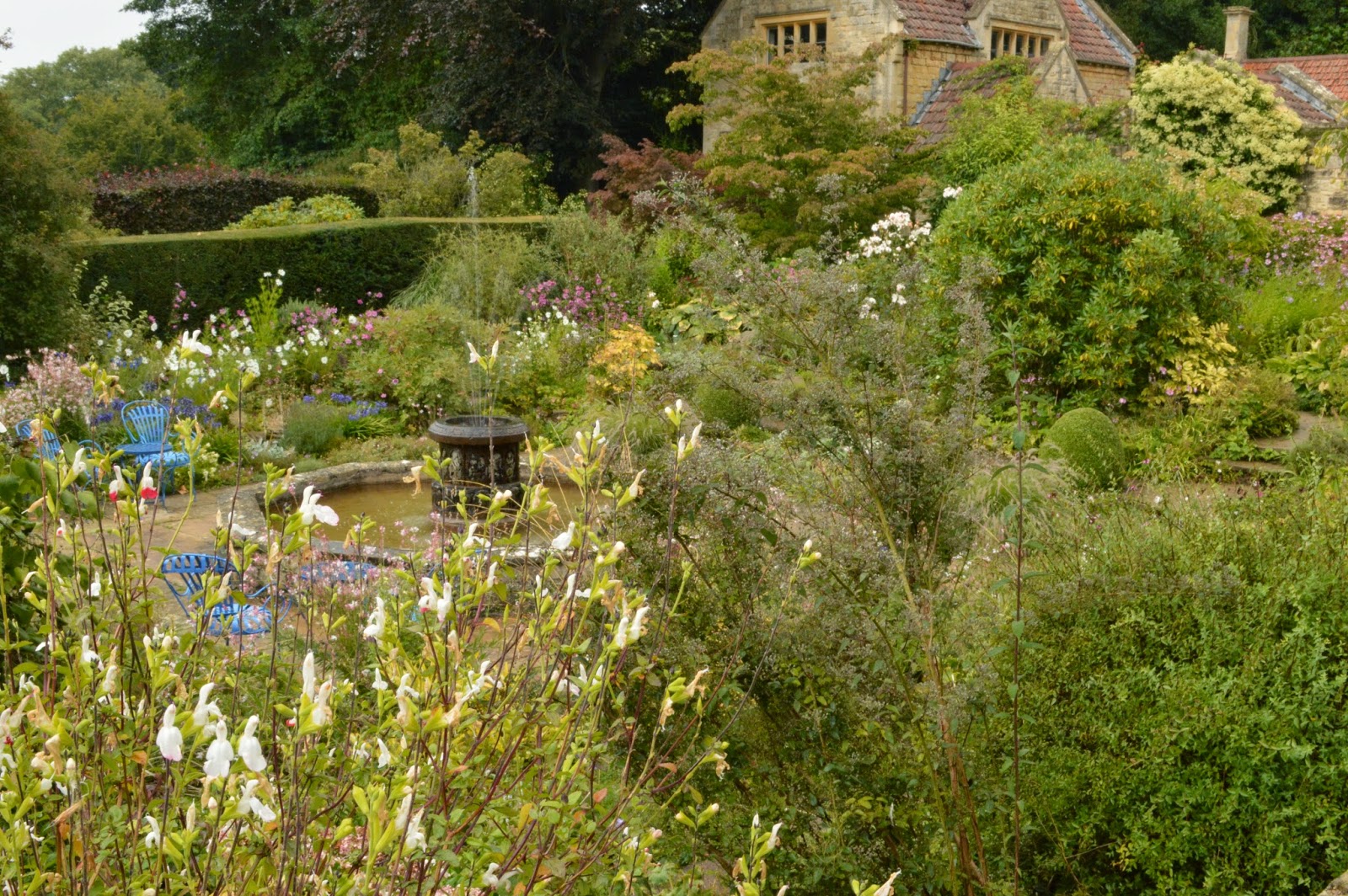 I liked this courtyard too, it was nice soothing and the planting was wonderful.  There were lots of anemonies in flower and the signs of many peonies that must have looked amazing a few months ago. 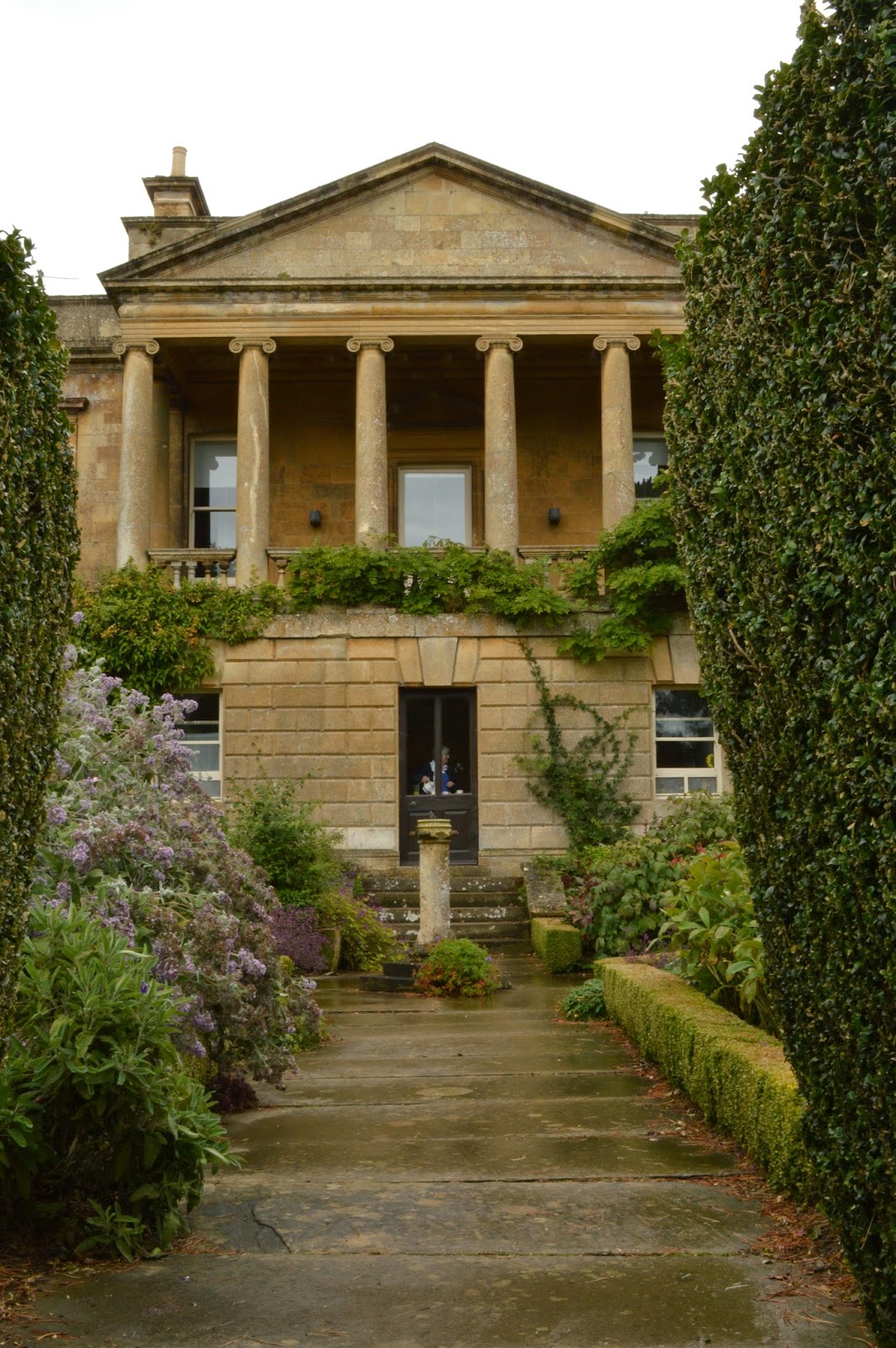 The eye-lines work well in the garden, the focal points are well positioned; 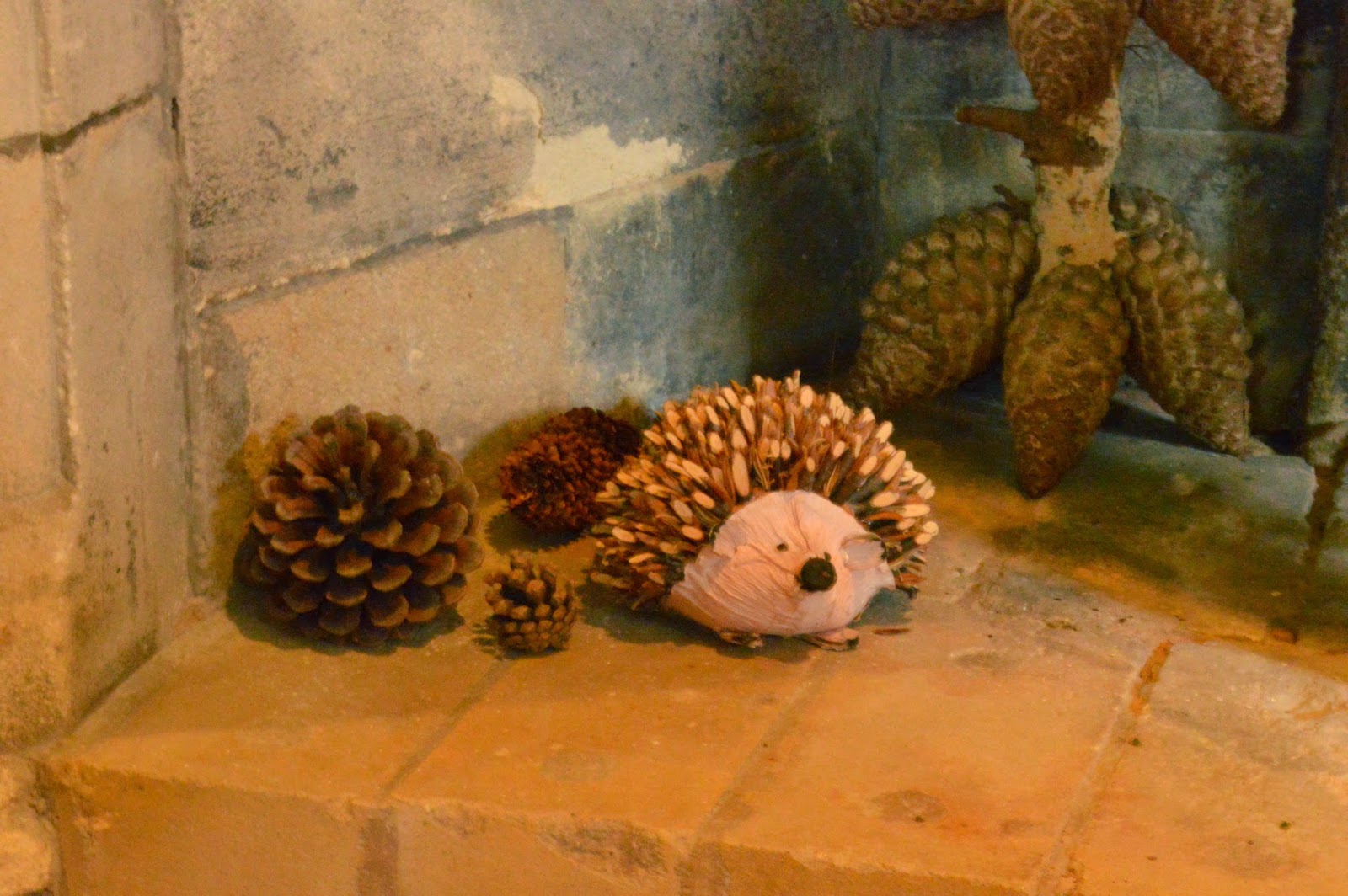 and of course we had a pot of tea and admired these little chaps by the fireplace whilst we thought about buying a plant or two from the plant area.

So I bought three: 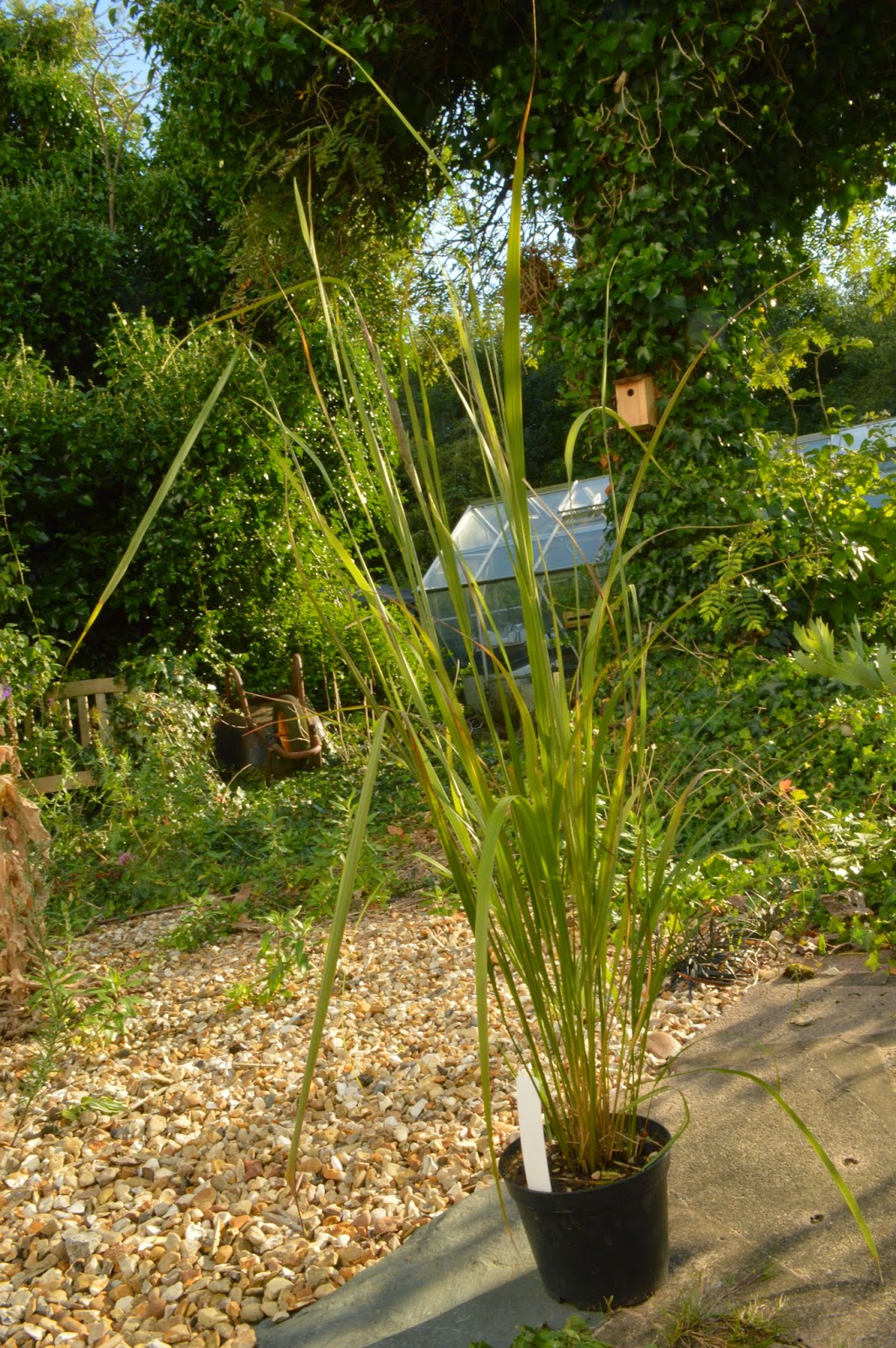 Stipa Brachytricha which is now divided into two and planted in the Conservatory Border. 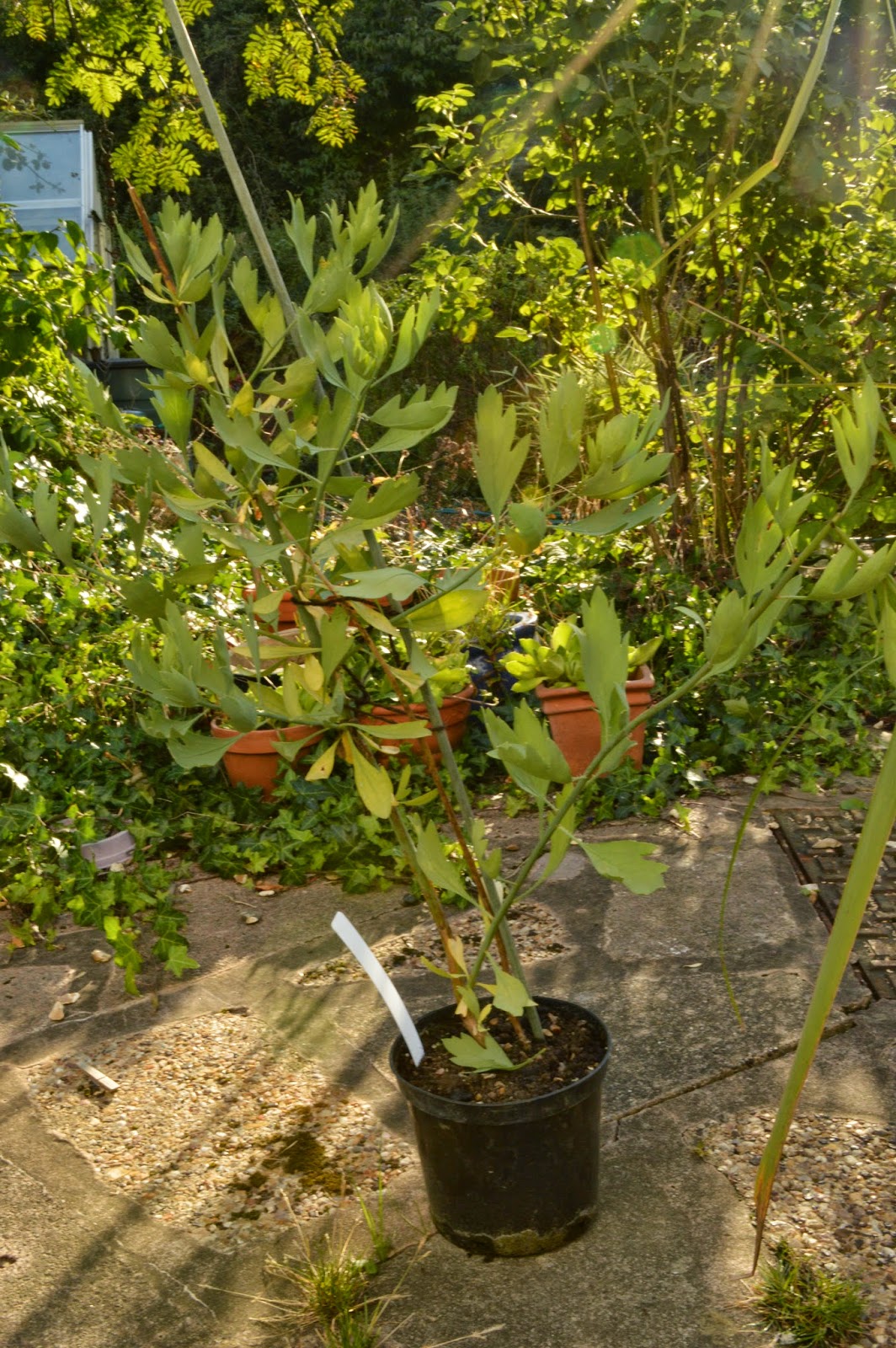 Romneya coulteri, which was a complete bargain as it was very cheap and really quite big.  I have decided to grow it in its pot for now to get it through the winter, then maybe (but maybe not) plant it out next spring. 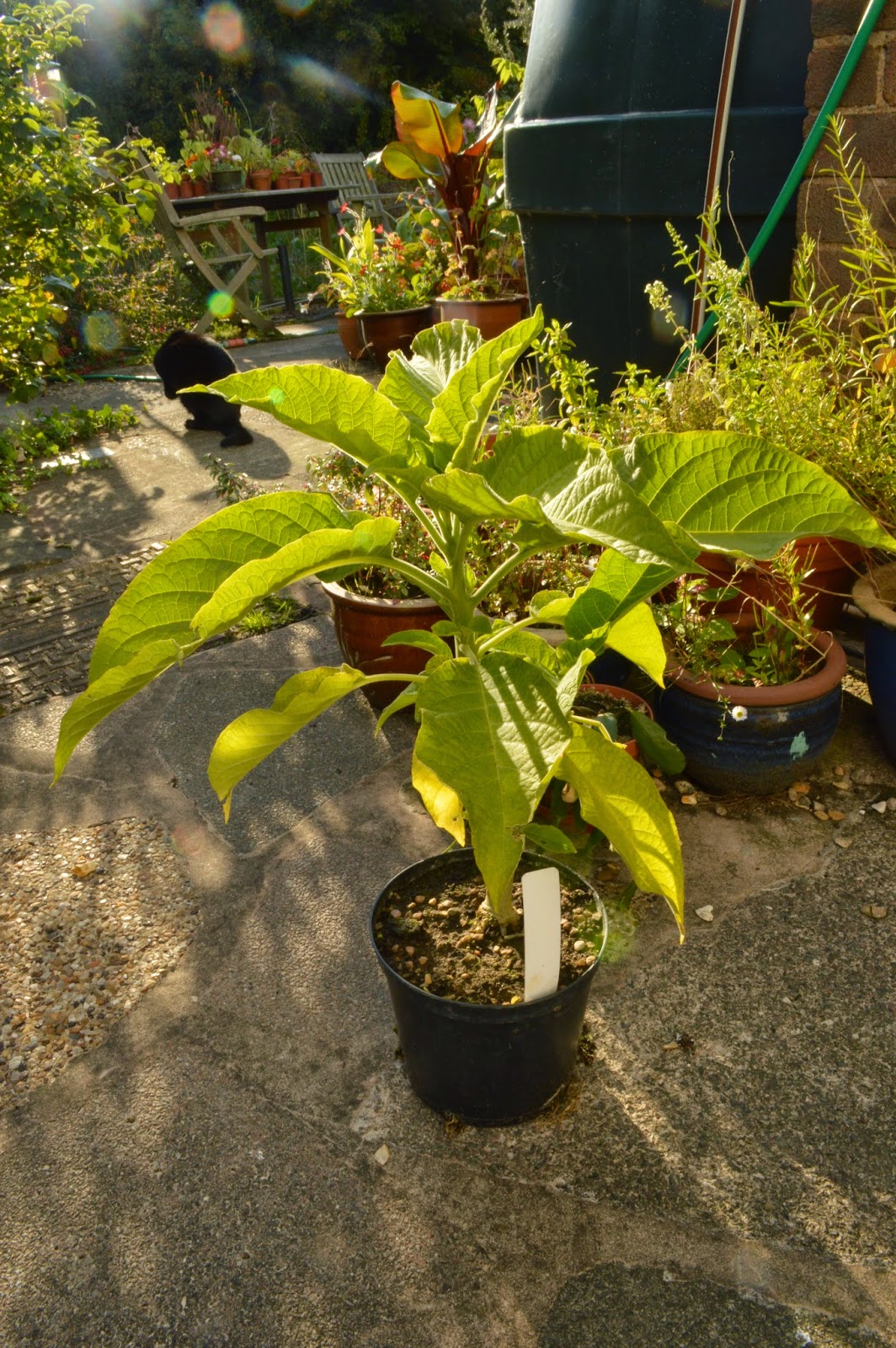 this Brugmansai, which is one of the healthiest I've ever seen and for £7 (yes, £7) I think it is the bargain of the year.  I have bought a pot to that in too as it will be coddled over the winter.

So a great day was achieved.
Brugmansia Kiftsgate sculpture