July 17, 2014
The thing about Hampton Court Flower Show is that it is big.  No I mean really big, you have to buy a catalogue with a map in it otherwise you could wander around for hours and still not find what you actually wanted to see.  I think you could easily miss huge chunks of the show if you were not careful.

I had not watched a lot of the tv coverage before going, by not much I mean I watched one programme that I recorded and I FFd through some of that.  So to a large extent I had no idea what the gardens were going to be like and I think this was not as bad a thing as I had feared as it meant I looked at them all as if for the first time.  What I knew I did want to see where the conceptual gardens.  I like the principle of these gardens because they are not necessarily replicating what I might see in other gardens, but they are trying to make me think.  Some do this more effectively than others. 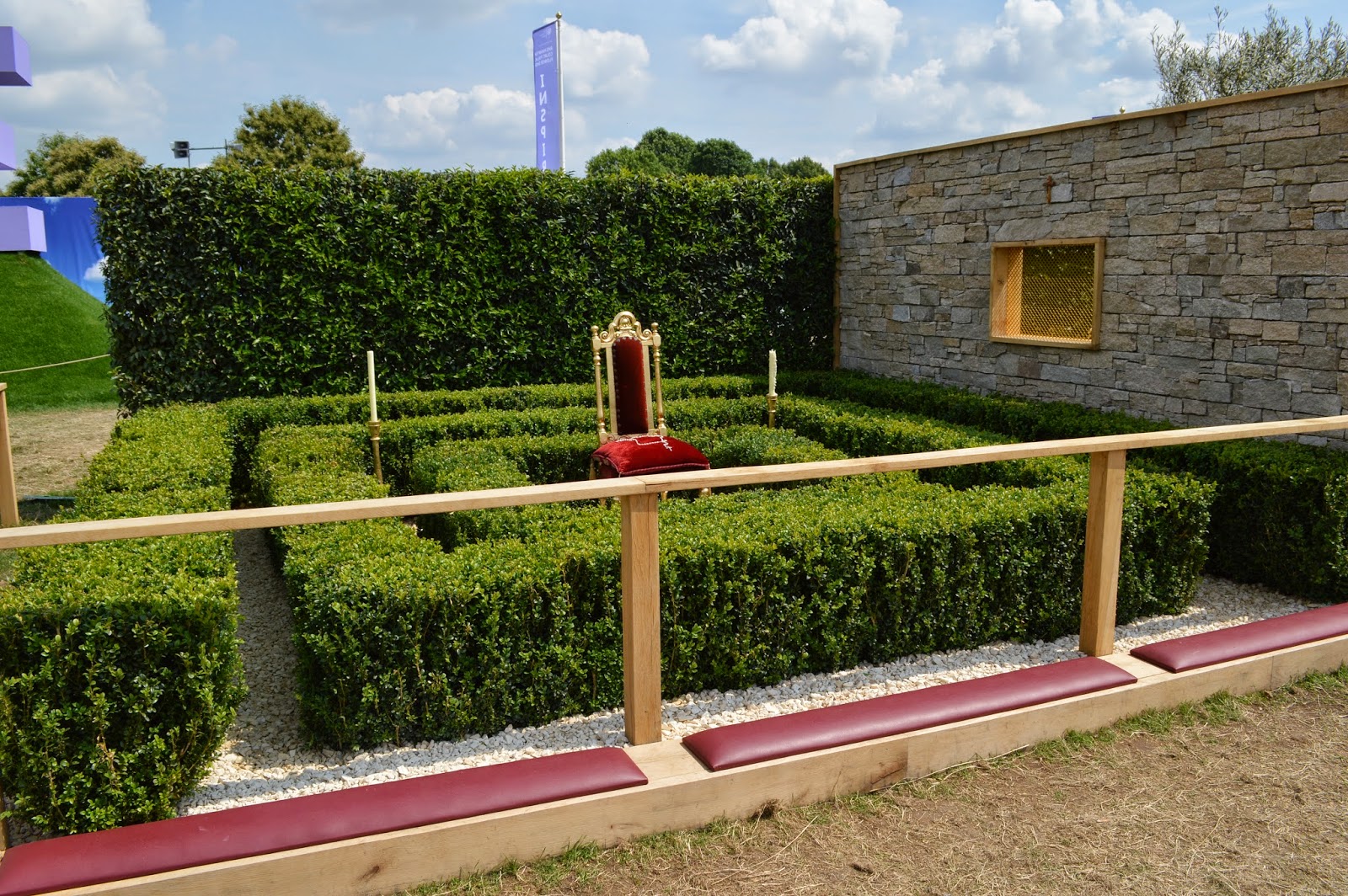 This year there were the gardens based on the Seven Deadly Sins.  Some worked better than others, some were more crowd-pleasing/easy on the eye than others.  I rather liked the Dichotomy Garden (Greed) designed by Sarah Jane Rothwell.  I thought it made its message well. 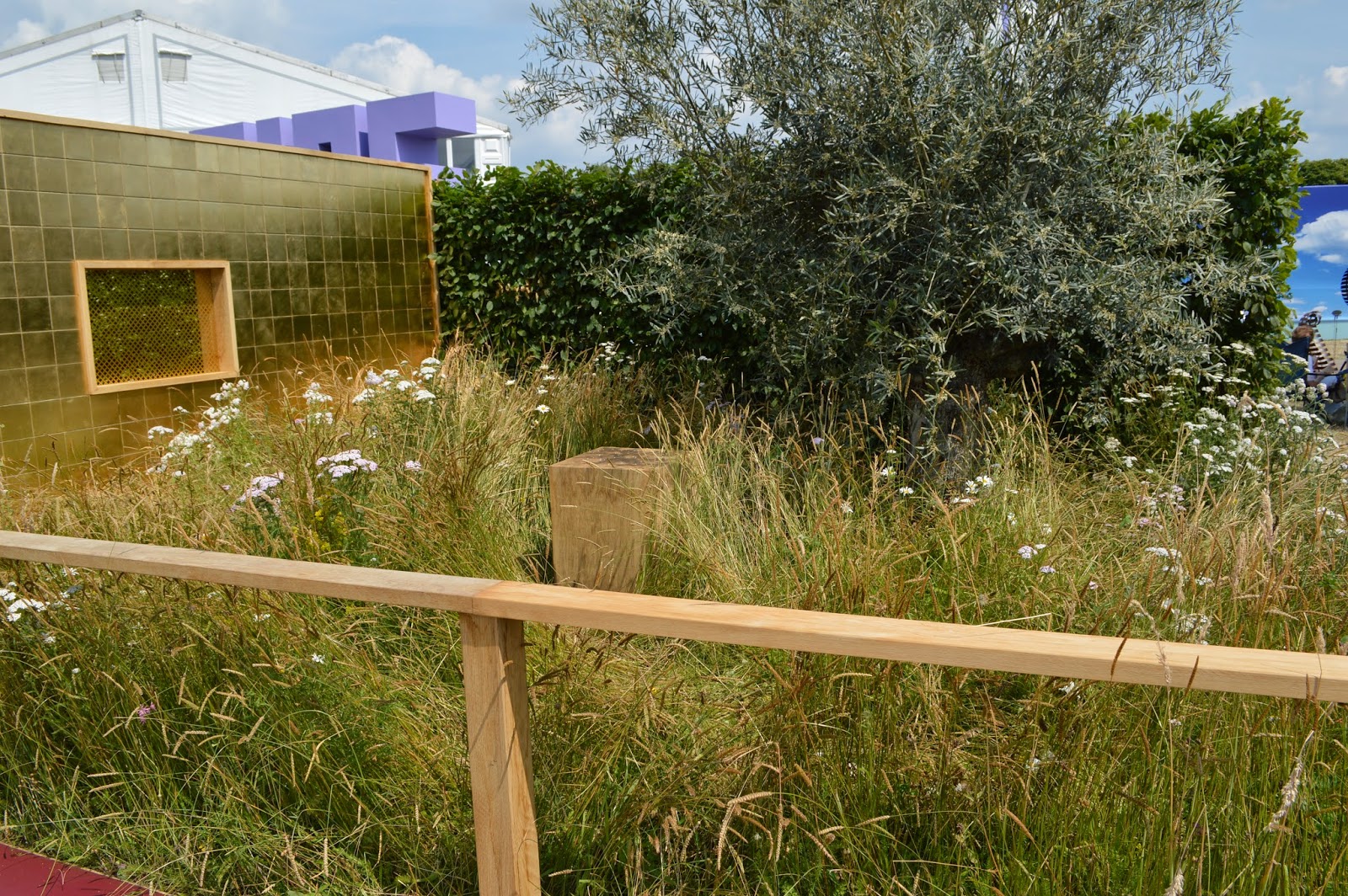 Lust, by Rachel Parker-Soden was also worthy of note, I think I liked the orchids springing out of the couch best of all. 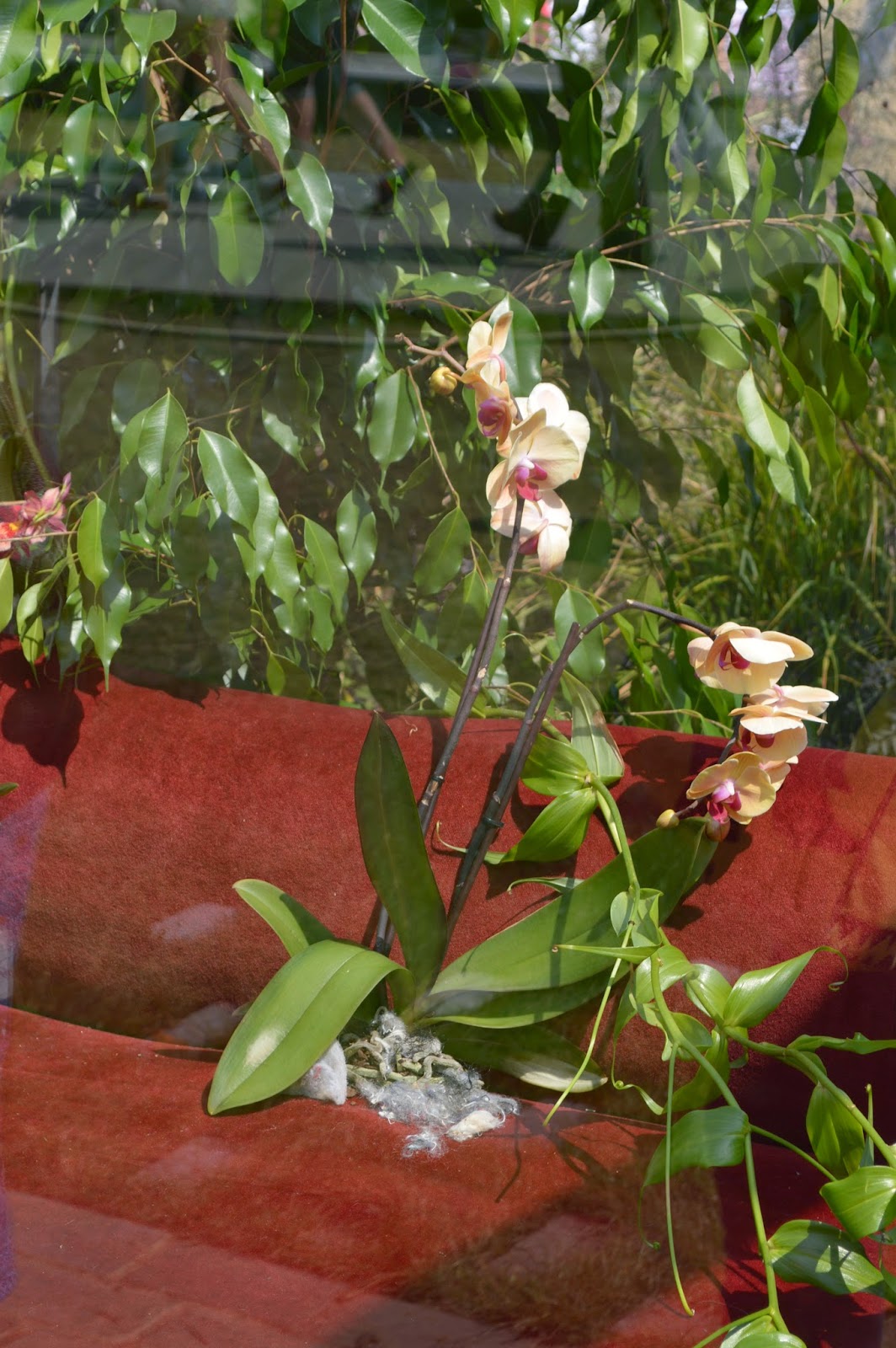 Though the reflecting pools could have been easily missed as people looked ahead to the 'Peep Show' greenhouse in the queue I was in to see it, which is a shame. 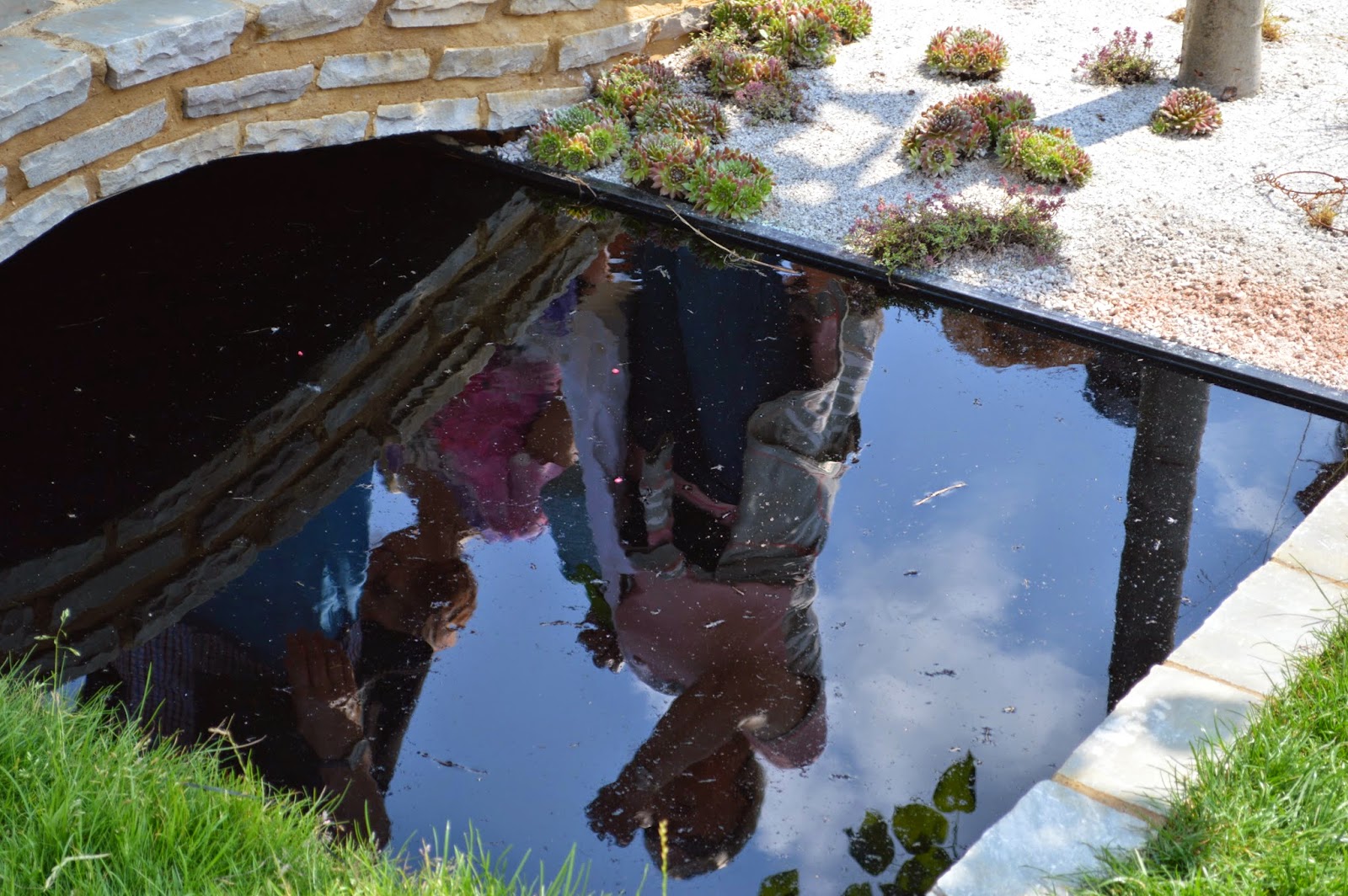 It has to be said though for sheer impact, Sloth, Quarry of Silences, probably took the biscuit, well the gold medal anyway.  It was designed by Sheena Seeks and whilst I cannot say I thought it worked from every angle (sorry), the element of the spades going up the incline was just a superb visual effect, helped hugely by the shadows cast by the sun. 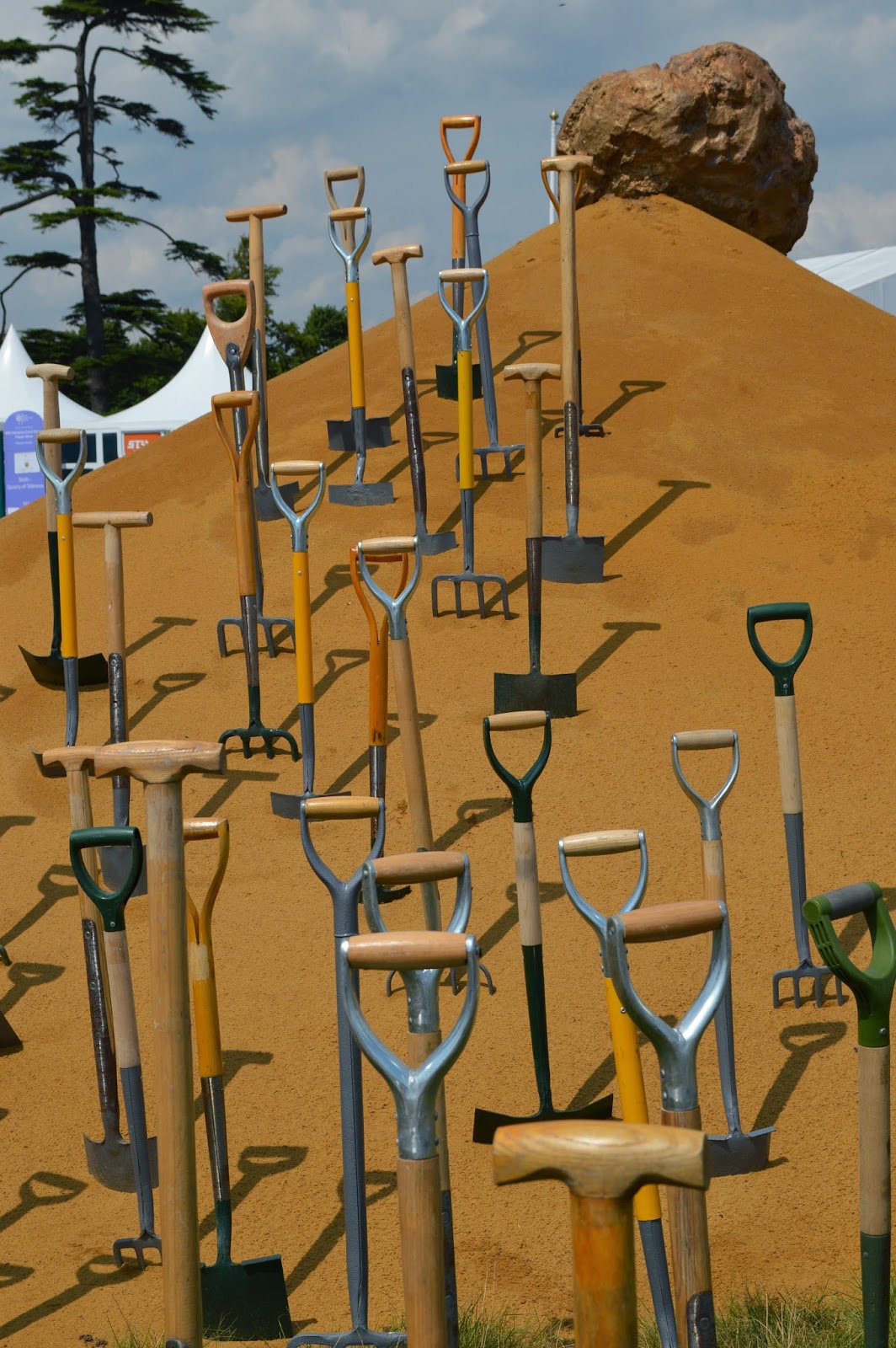 Moving on, there were also gardens such as Connecting the Real Sound of Nature by Stefano Passerotti. 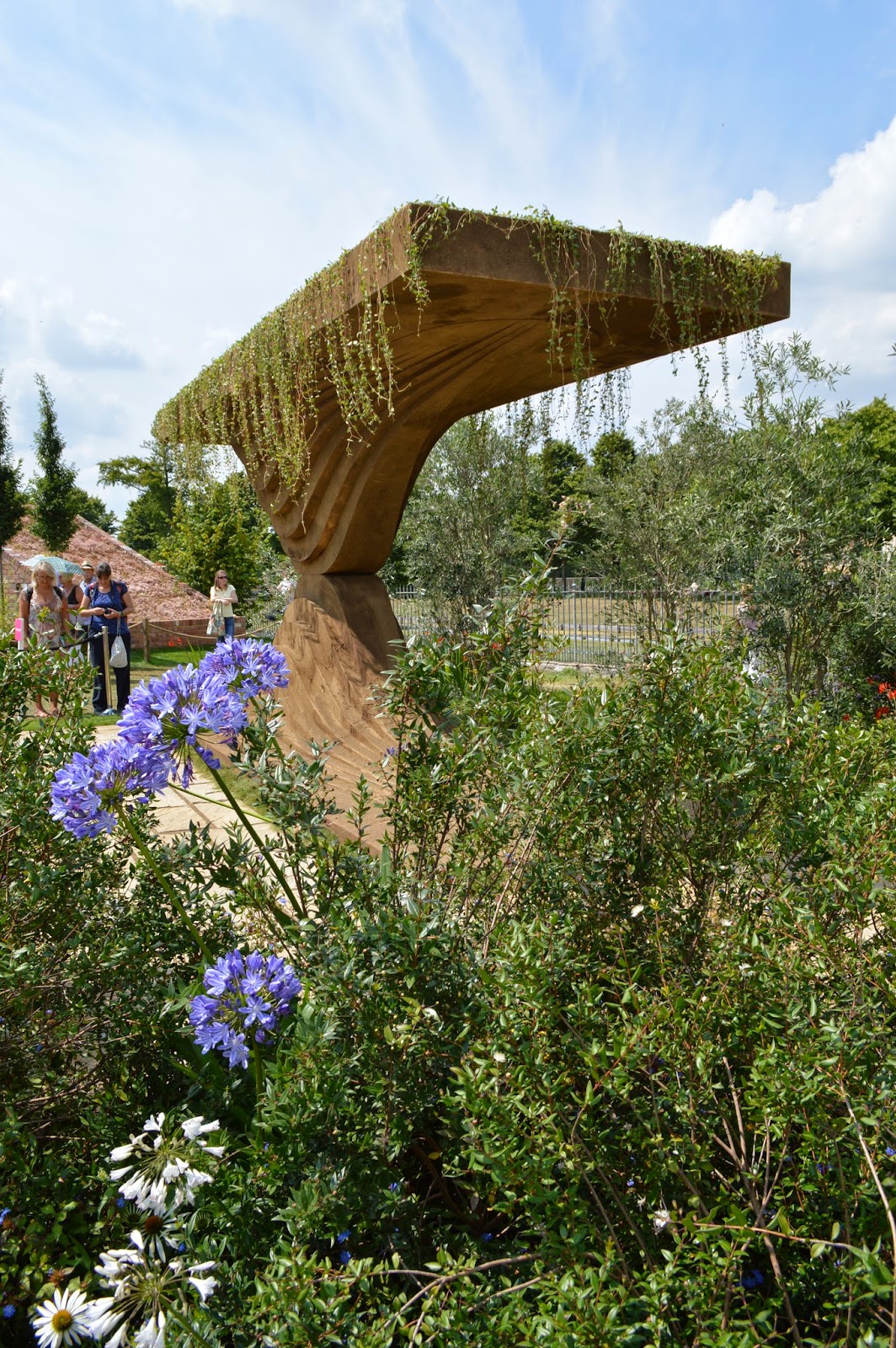 This was a real dramatic statement piece and whilst your eyes tended to go up to the structure, the planting around the base deserved a second look. 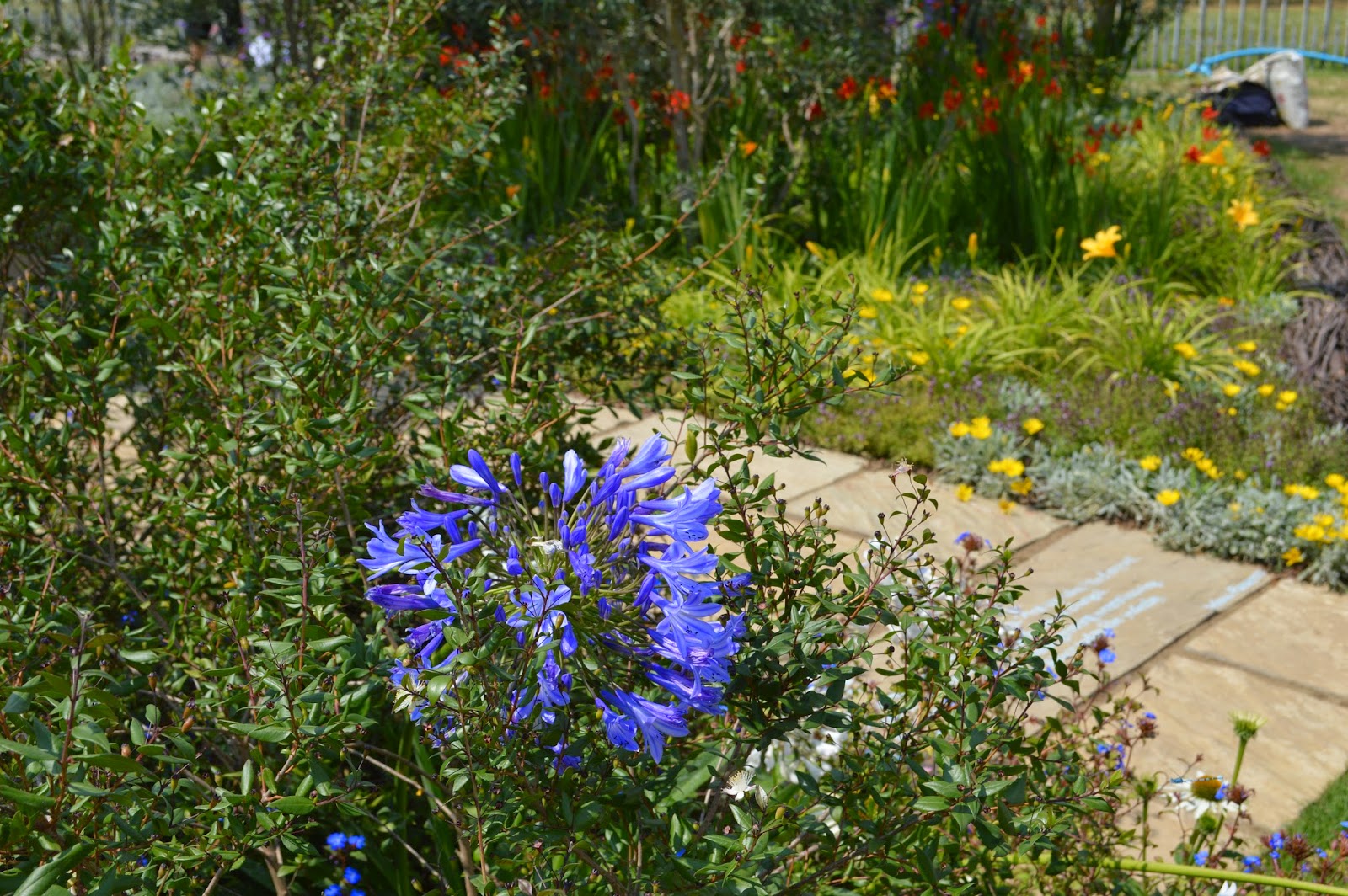 I have to say the structure made me think of the dufflepuds from The Voyage of the Dawntreader (C.S.Lewis), it reminded me of the bit where they are sleeping on their backs with their huge foot in the air shading them from the sun.

This is rather a brief glance really at some of the gardens and I will write a further post on the other show gardens that I particularly noted.  It is worth noting that whilst I have particularly noted some, this does not mean that I have not mentioned others that they are not also worthy of note, it might mean I just might have missed seeing them.  I know for certain at least one garden I intended to see I never found.  Did I mention the show is big?