June 08, 2014
Episode four of following the quince tree in my garden.  I admit in terms of feet and inches it has not moved very far, but there is a glimmer more hope on the horizon than I thought there would be this time last month.

Last month a late frost and semi-gales had destroyed what blossom there was, I thought my hopes for my first quince were dashed almost before they had begun.  I was then blessed with a late blossom or two, this was very fortuitous and exciting. 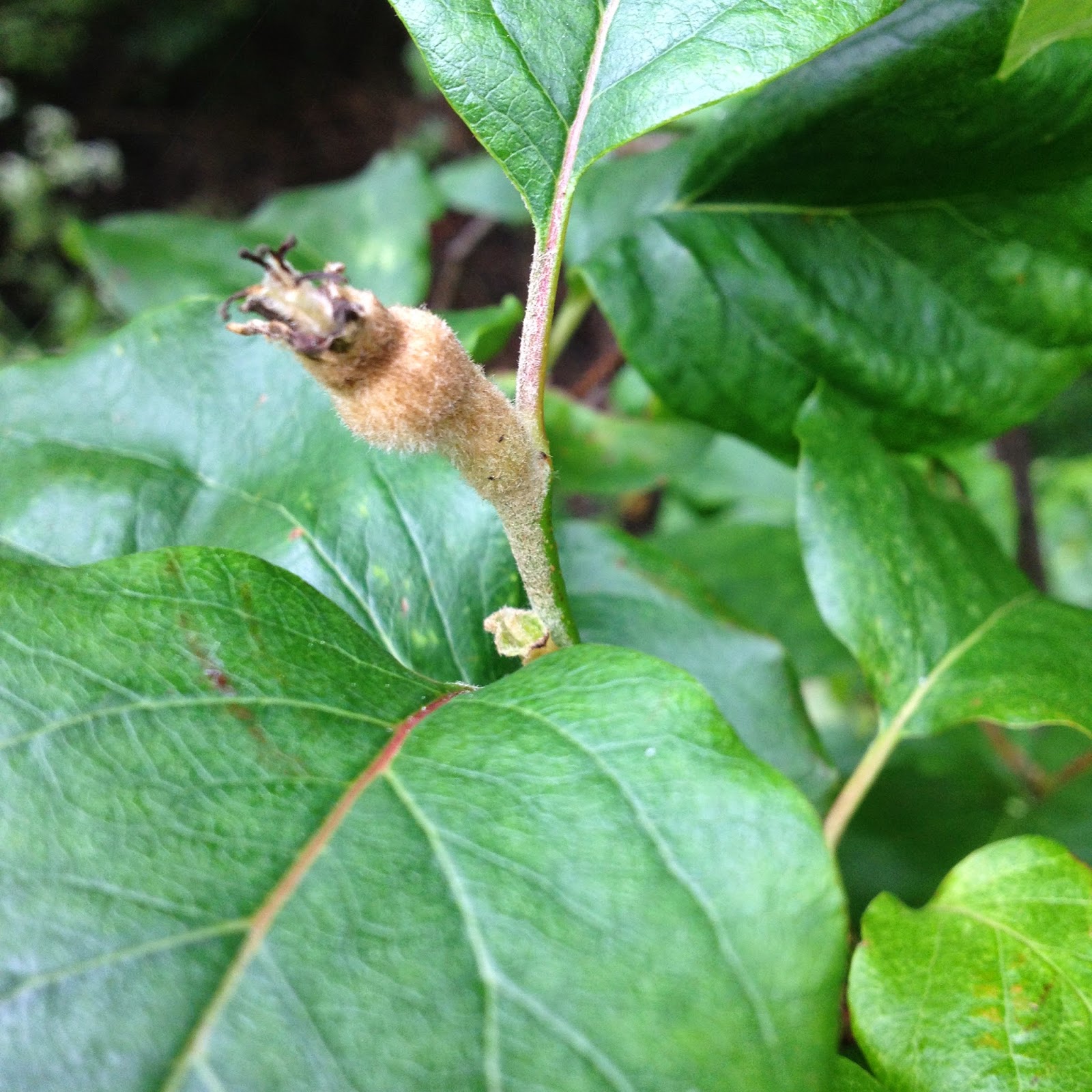 The quincelet I was watching last month duly dropped off.  I was upset yet already I could see another quincelet or two were forming.

Best of all they are still there now, I think I have two possible quinces.  Though I know it is bad luck to count your quinces before they are hatched (or something like that).  I am not yet looking up recipes for quince jam, not that I would get much jam from two.  Nor am I saving up to buy gold foil to wrap quince paste in as apparently was done in Elizabethan times.  Though obviously I am thinking about it. 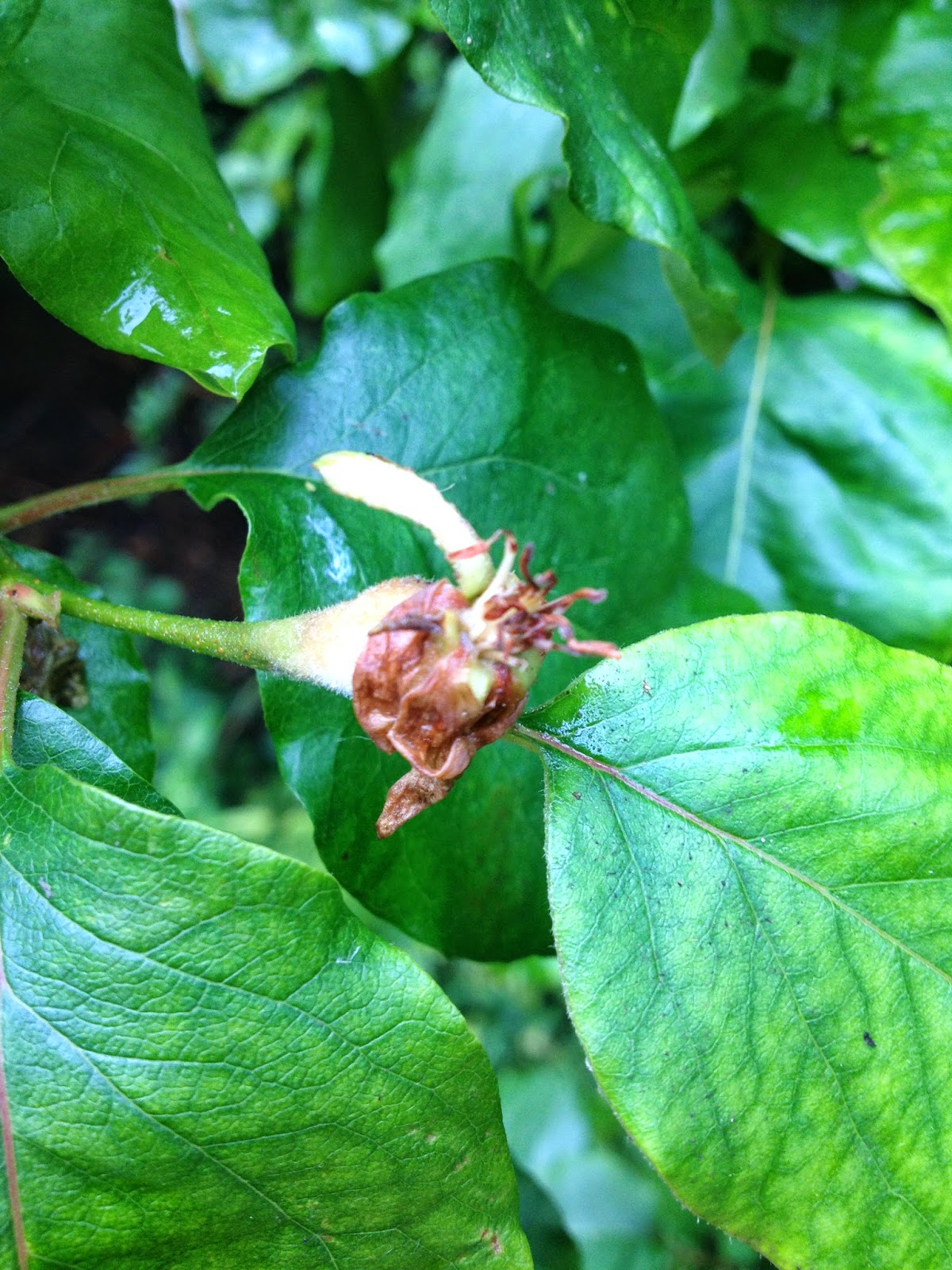 Though I worry that the marauders are on their way to steal them. 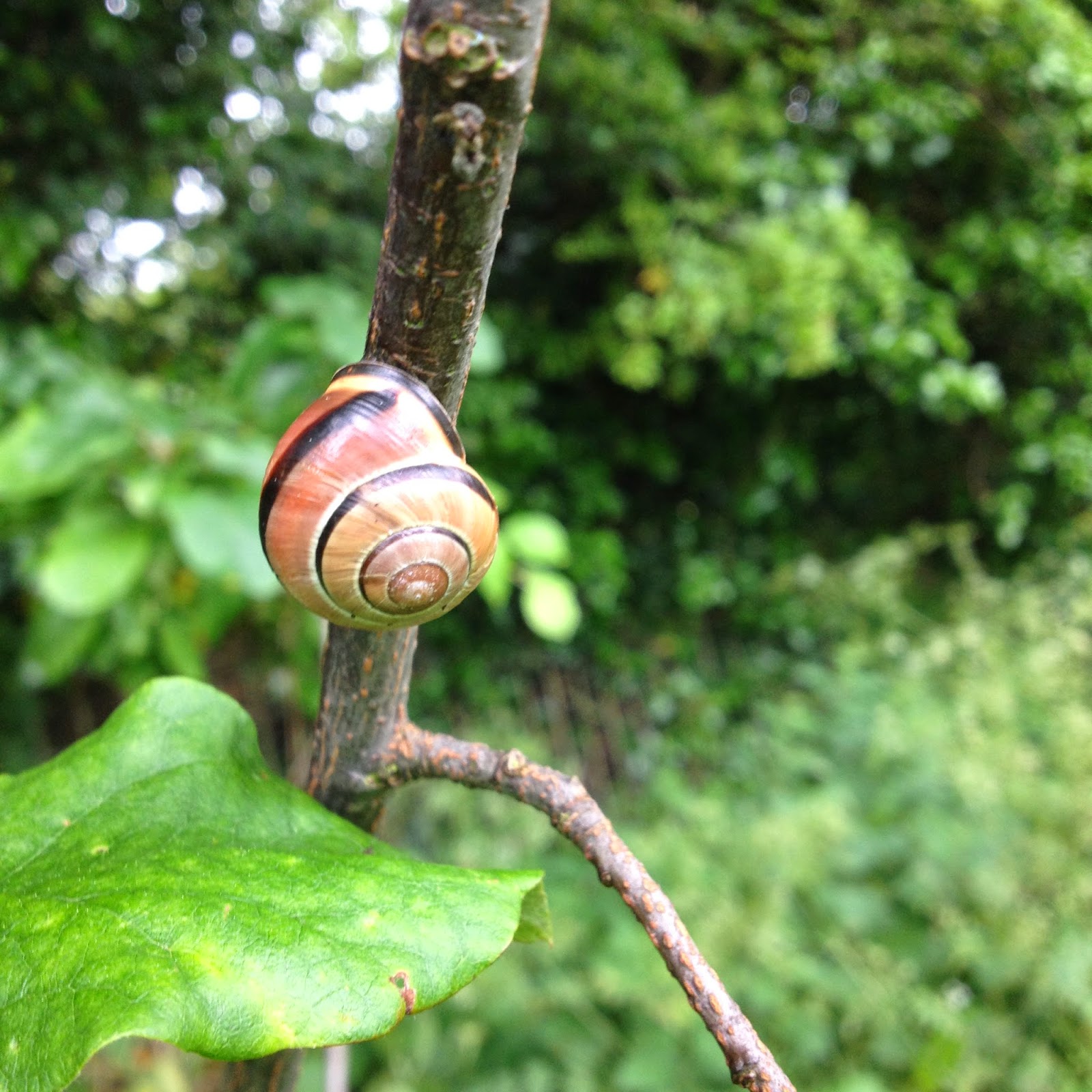 Other trees are also being followed c/o this meme hosted by Lucy at Loose and Leafy.
Quince snails tree following