June 19, 2014
By the side of the top of my garden, just over the fence, is this rather large very fine, poplar tree, I think it might be a Black Poplar.  The tree is about eighty years old, it is covered in ivy and a few years ago it survived a fire that was lit at its base by vandals.  It has been part of my skyline as long as I have lived in this house, the squirrels love it and I have always thought it a rather good thing. 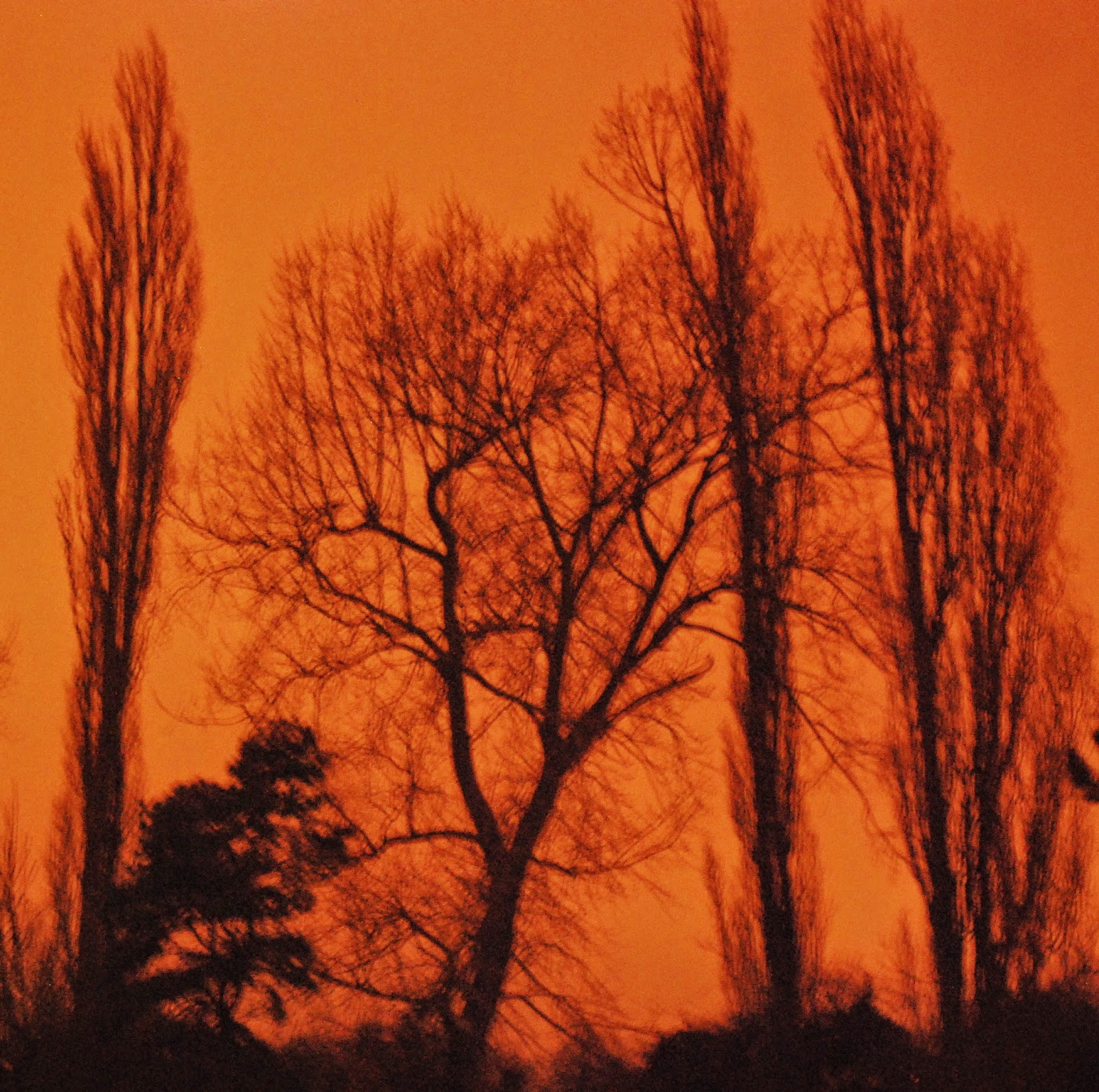 That is, I thought that until late last summer when a huge branch detached itself and fell into my garden.  It was wedged at an angle through my horse-chestnut tree and impossible for me to deal with.  I rang the Council as it is on their land and they duly despatched someone to remove the branch and tidy up the main tree a bit.

All was well, until last week that is, when yet another huge branch detached itself and landed in my horse-chestnut tree.  Yes, in it, it did not reach the ground, it lodged itself precariously making the bottom end of my garden a no-go area for me as I was really worried it might suddenly fall. 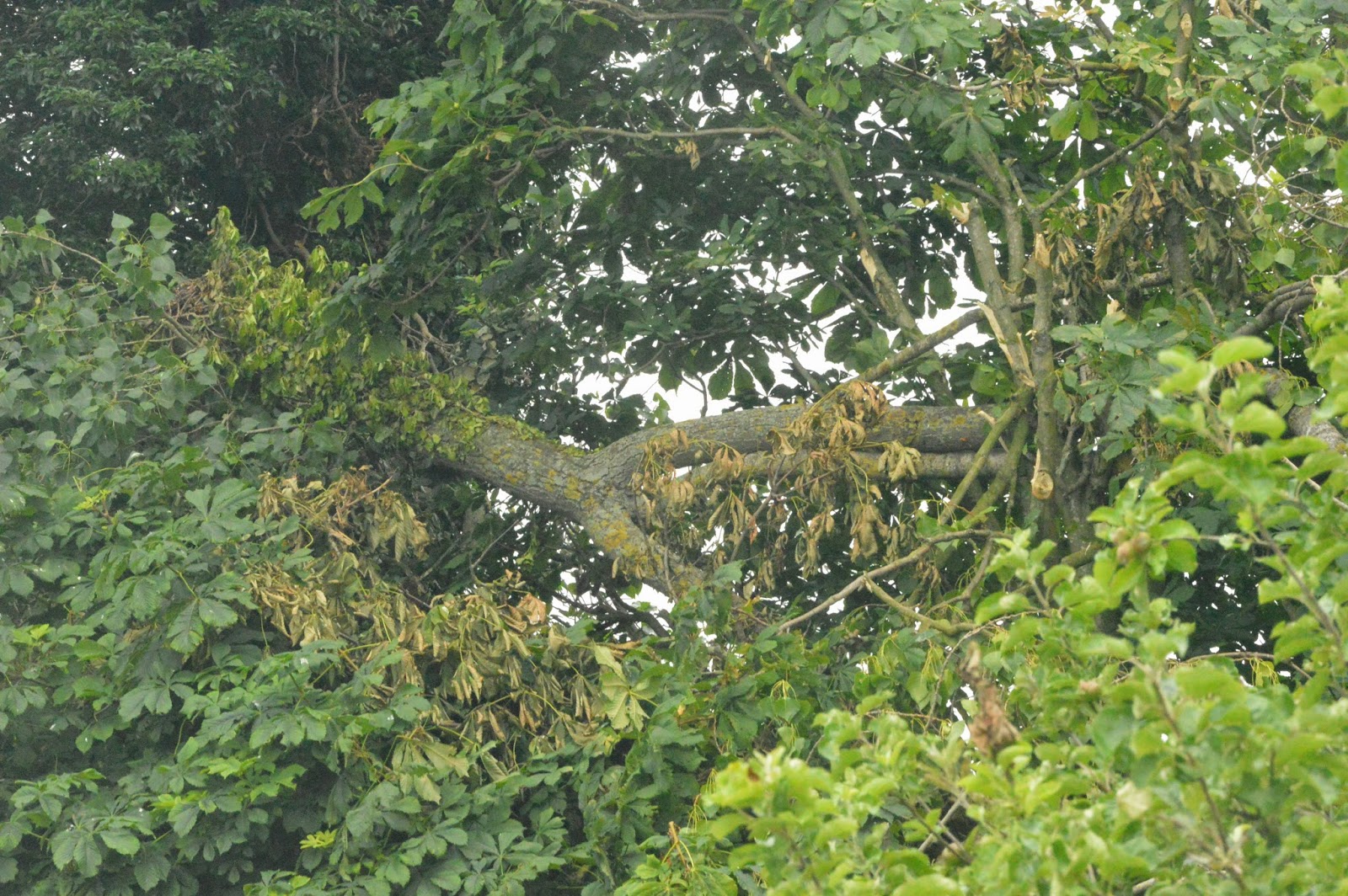 At first I could not work out what was different when I walked into the garden, I could see it looked darker at the top of the garden and then I realised that the conker tree seemed to contain rather a lot of poplar leaves. 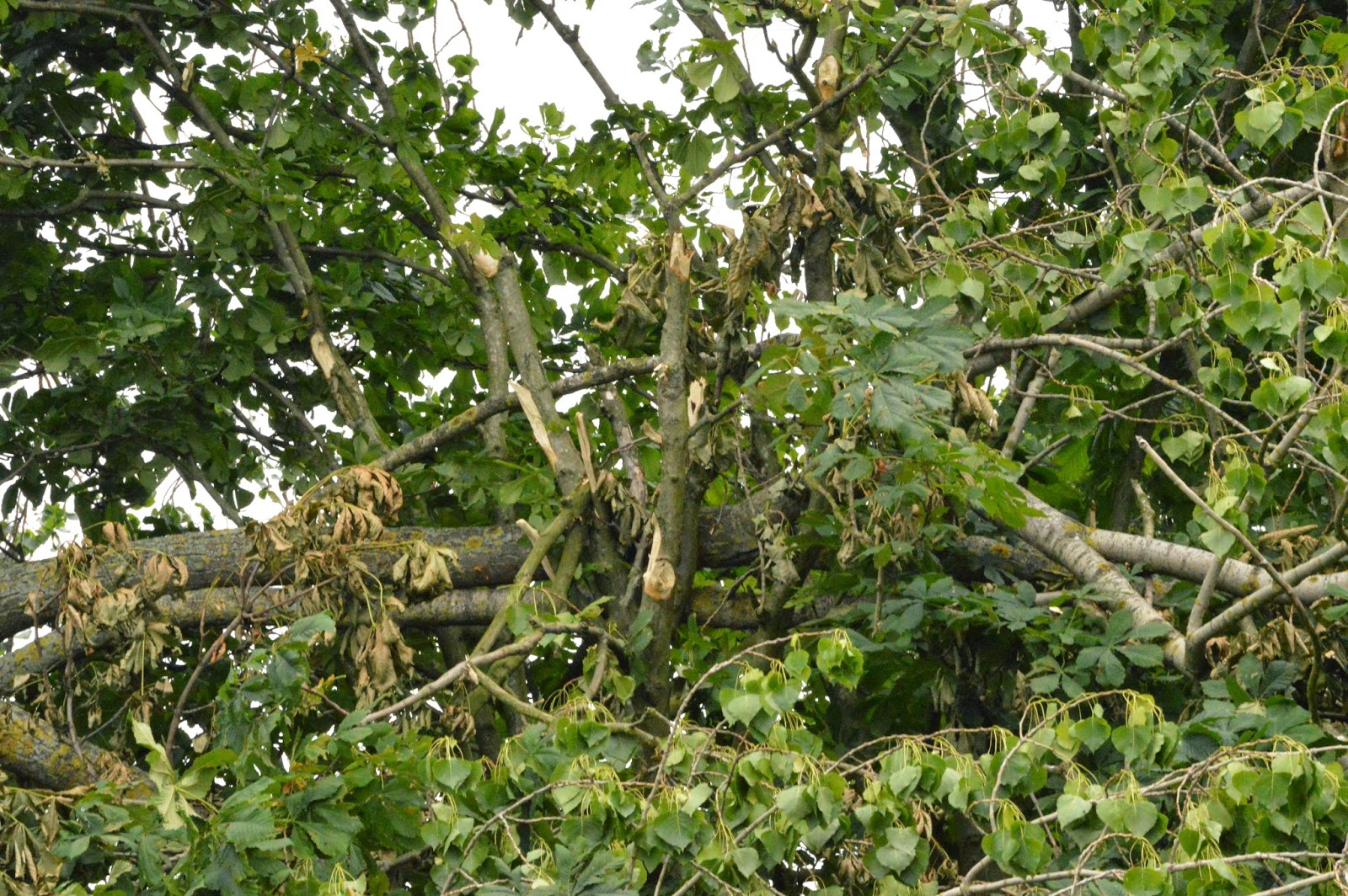 I could that my poor tree was quite badly damaged by the falling limb. 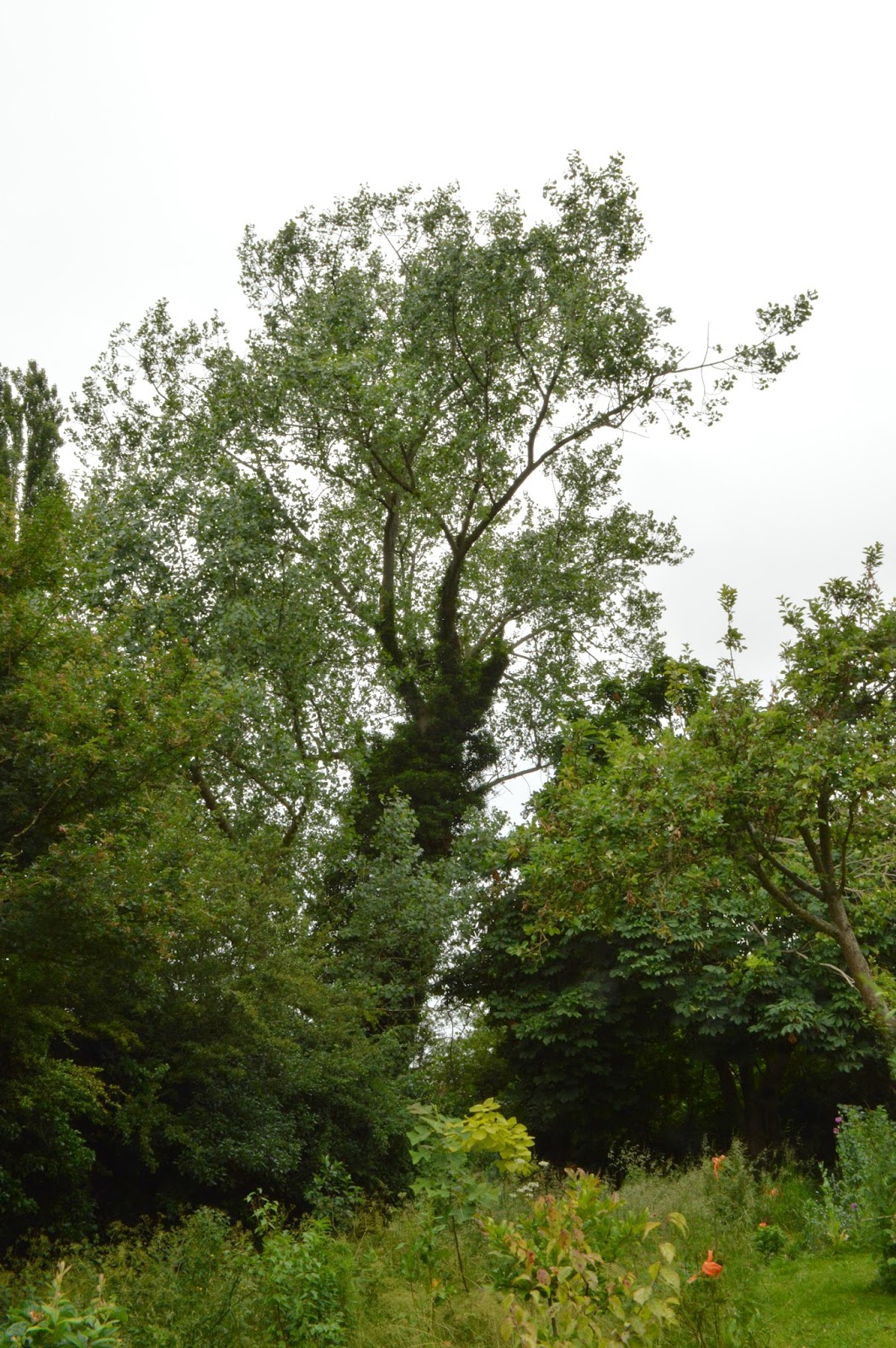 I could also see that a significant chunk of the poplar was no longer there.  So the Council received another call.  Thankfully the head groundsman remembered the event last year so understood quickly what had happened  and came around to have a look.  He quickly decided that it would need specialist work so arranged for a tree surgeon to do the work. 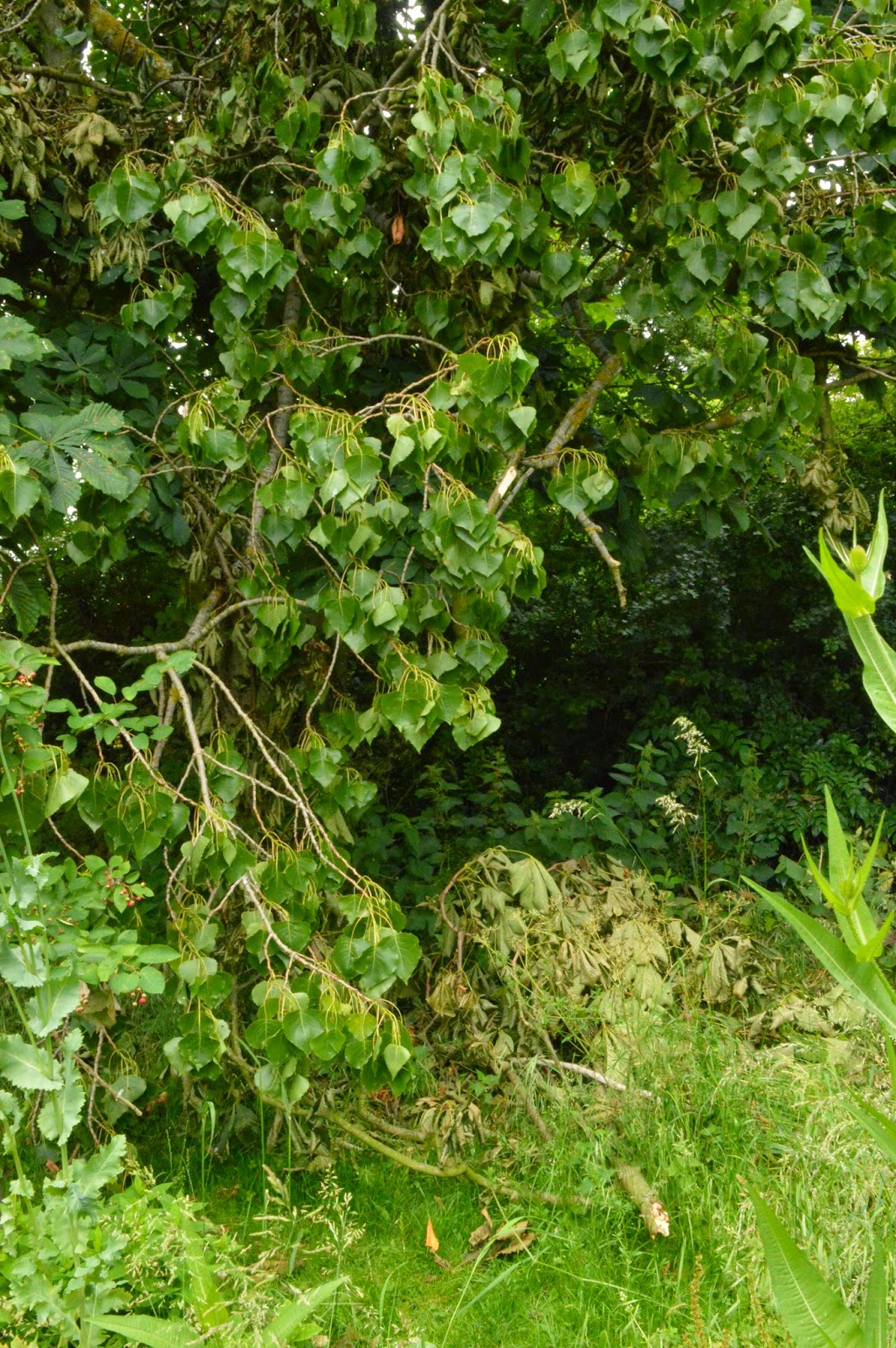 I was not only worried about the danger of a huge limb falling on me, but also the damage to the underplanting.  Not only the damage already done by falling bits of tree but also how it would survive the removal process.  I was not happy. 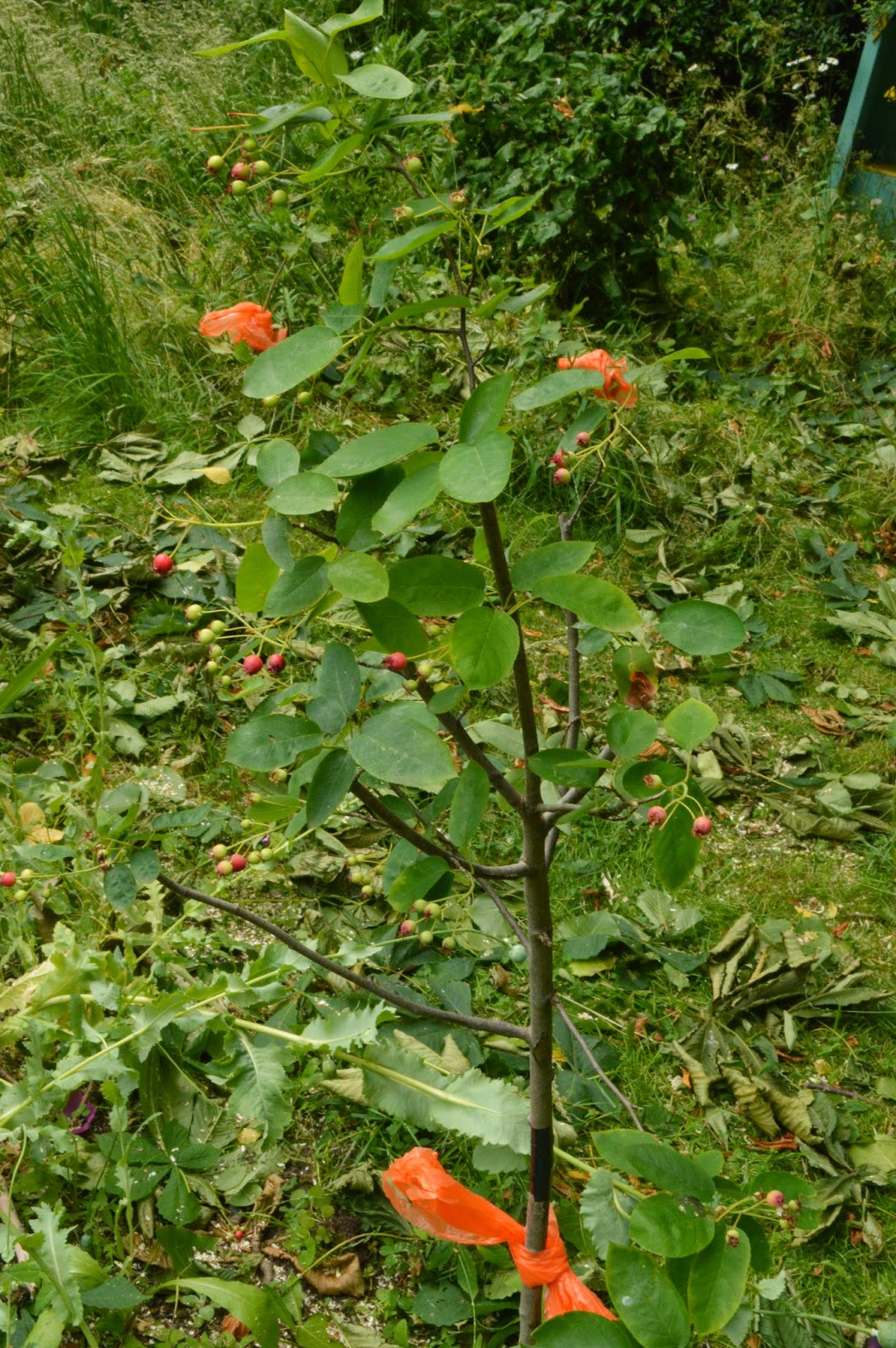 I tied orange plastic bags to the plants I needed the tree surgeons to notice. 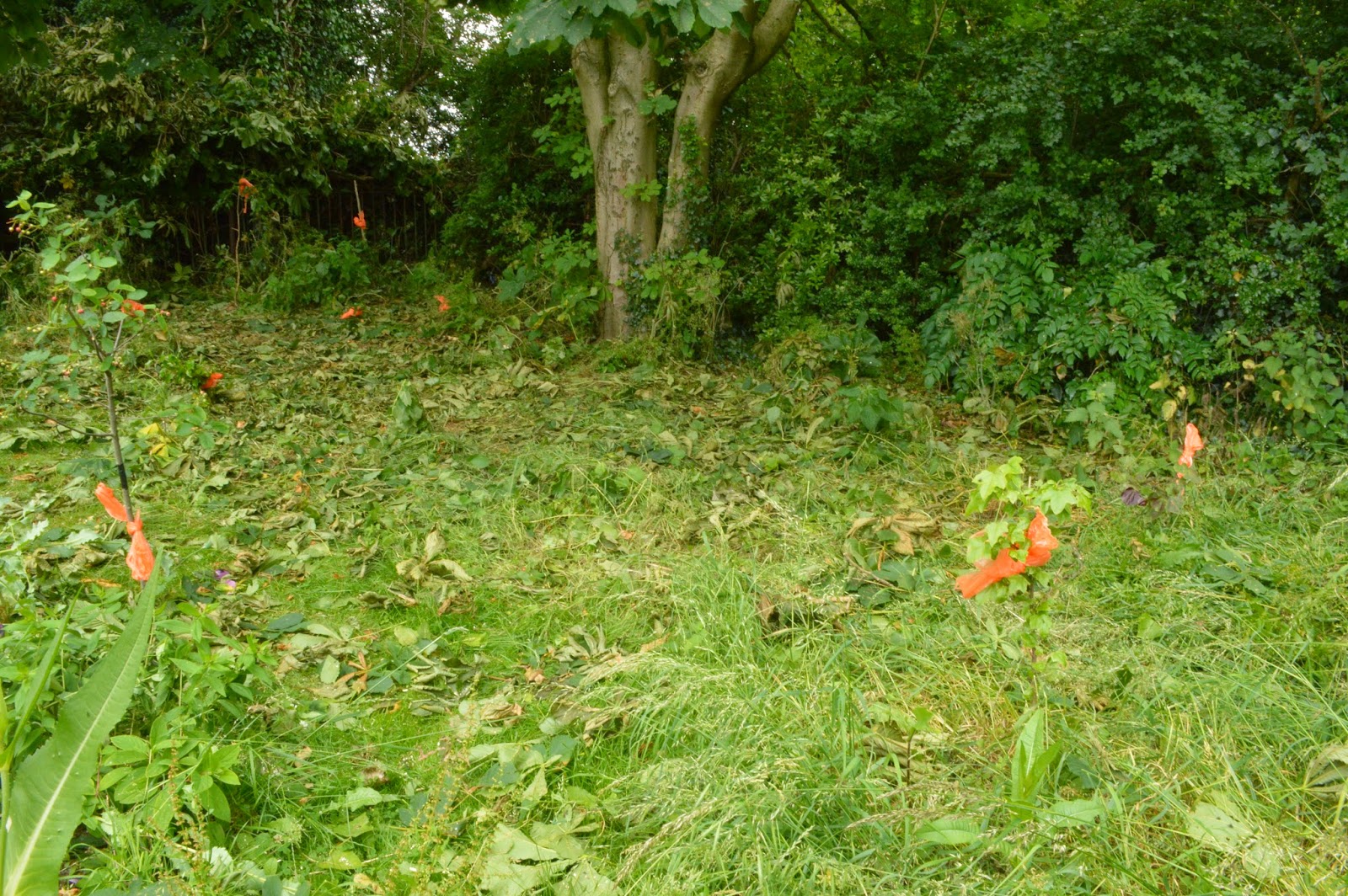 This worked well, after they had gone the grass etc was flattened but the marked plants were pretty much intact.  The amalanchier had been damaged by the limb fall and the Peltoboykinia I bought the over day has got a bit flat, but it will recover.  All in all I am very relieved. 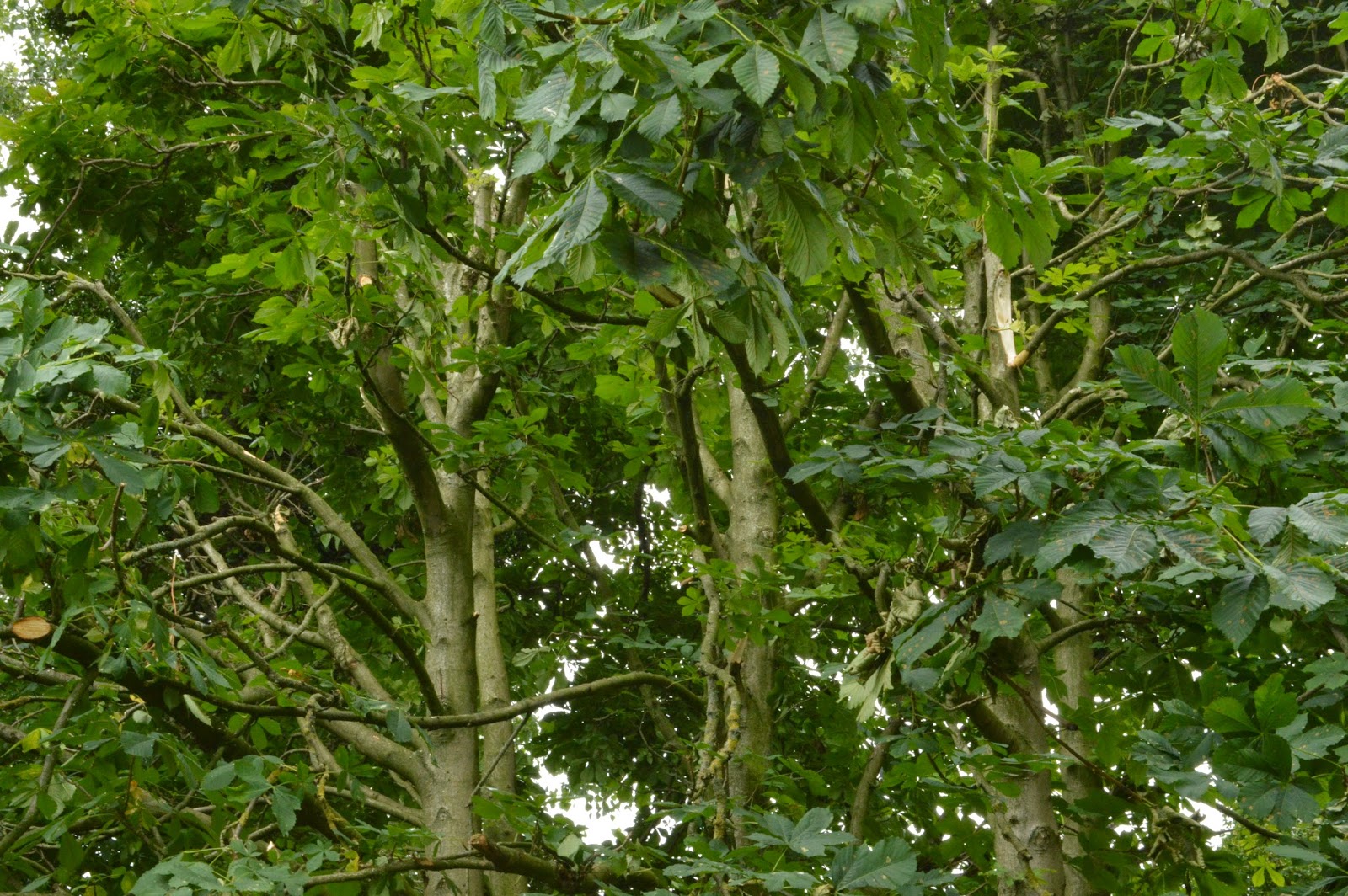 The horse-chestnut has been tidied up nicely, though it does have a wound running through it.  It will look ok again though in a year or two. 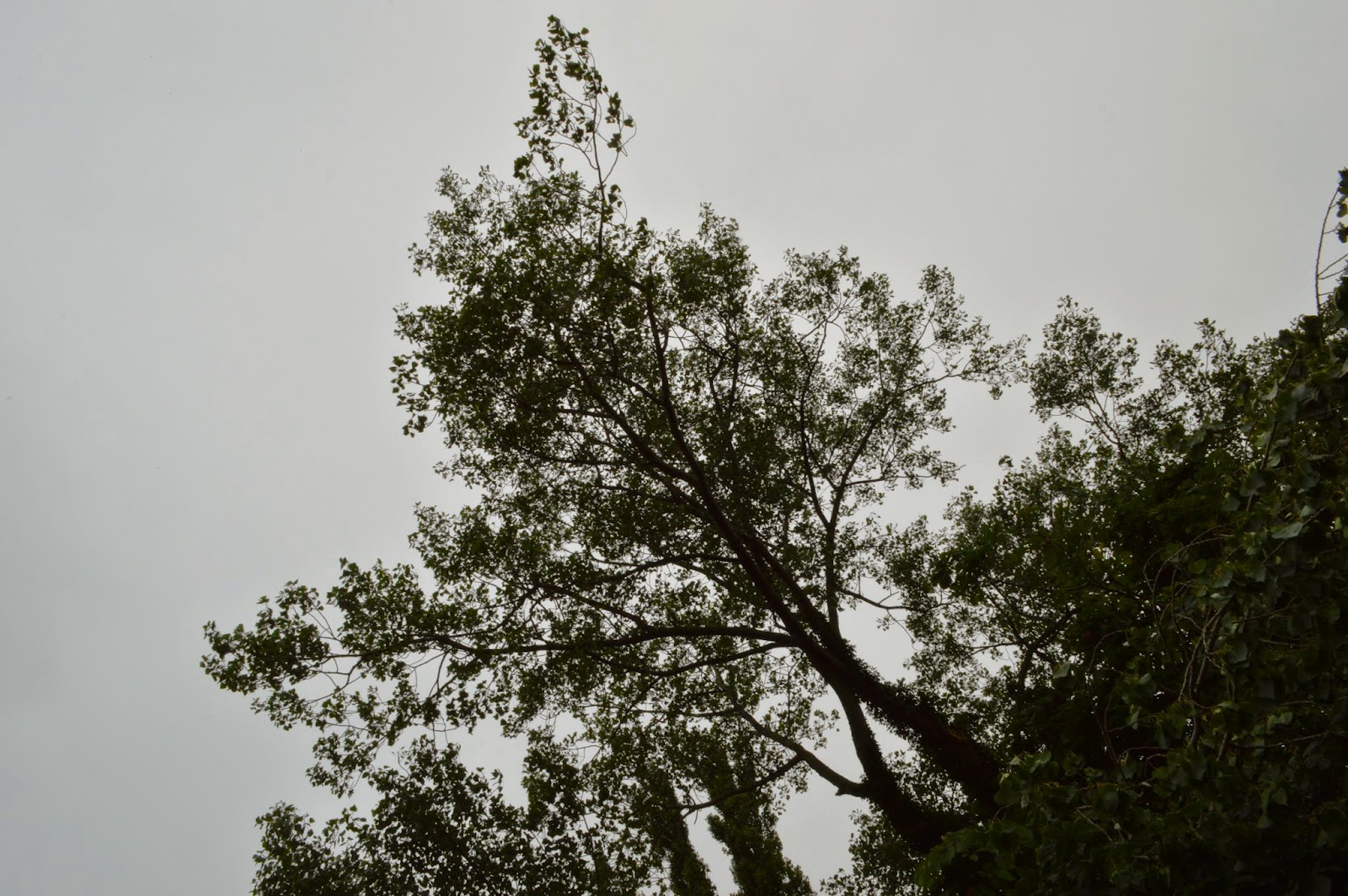 My worry now is this branch which is overhanging my garden, it looks to me like it might come down.   Which for some reason does not stop me from standing underneath it and looking up.  The tree surgeon could not deal with the main poplar today as it needs a lot of work, it might even need a cherry-picker to be used to get it down so that it does not cause any further damage.  The whole tree might actually have to come down as it is old and probably diseased, it is clearly distressed as bits are dropping of it.  Thankfully that will only happen if there is no hope for it at all.  I suspect there will be a follow up episode to this post fairly soon once it is decided what will happen next.
fallen branch horse chestnut Poplar