A visit to Waterperry Gardens

June 12, 2014
I first heard of Waterperry Gardens a while ago as it was for many years a horticultural college specifically for women.  It was a special place, it allowed women to learn a career when this option was still not open for many.  Indeed, when the college started education beyond school was not an option for most women.  The college was run by Beatrix Havergal from 1932 to 1971, sadly the college closed in that form at that time.  The new owners have kept the tradition of learning going through the horticultural and art courses that are still held there (though not exclusively for women).  So the college was already somewhere that had wandered into my consciousness. 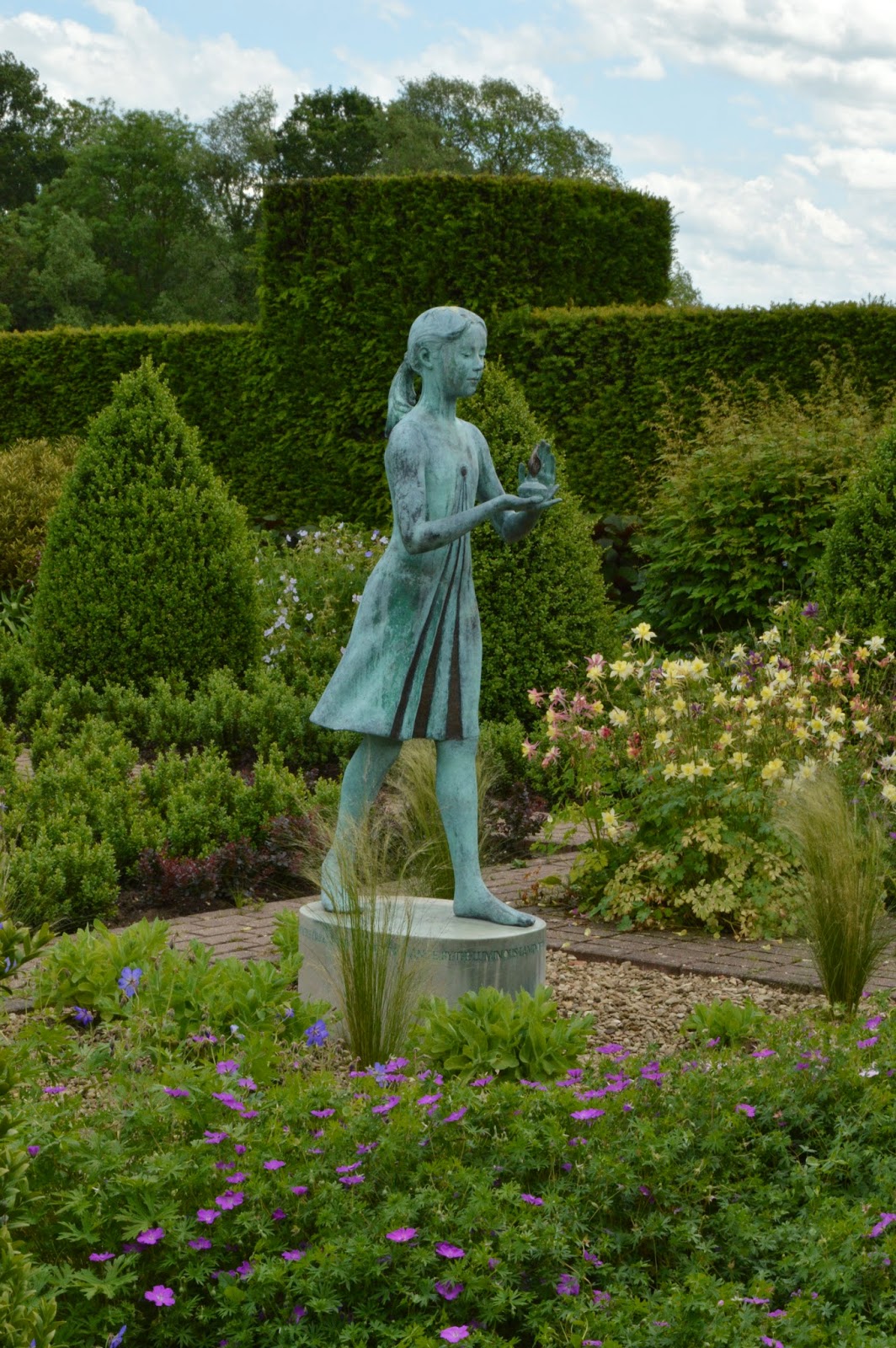 Through the magic of twitter it drifted again across my thoughts as a place that I would really like to visit.  Someone mentioned it as somewhere they would like to visit and that there was a good selection of courses that I might be interested in.  I looked at the brochure of courses and thought there was one or two I might like to do, but as is often the case I could not fit them in.  I did reawaken my previous interest in the gardens and made me think how much I would like to visit. 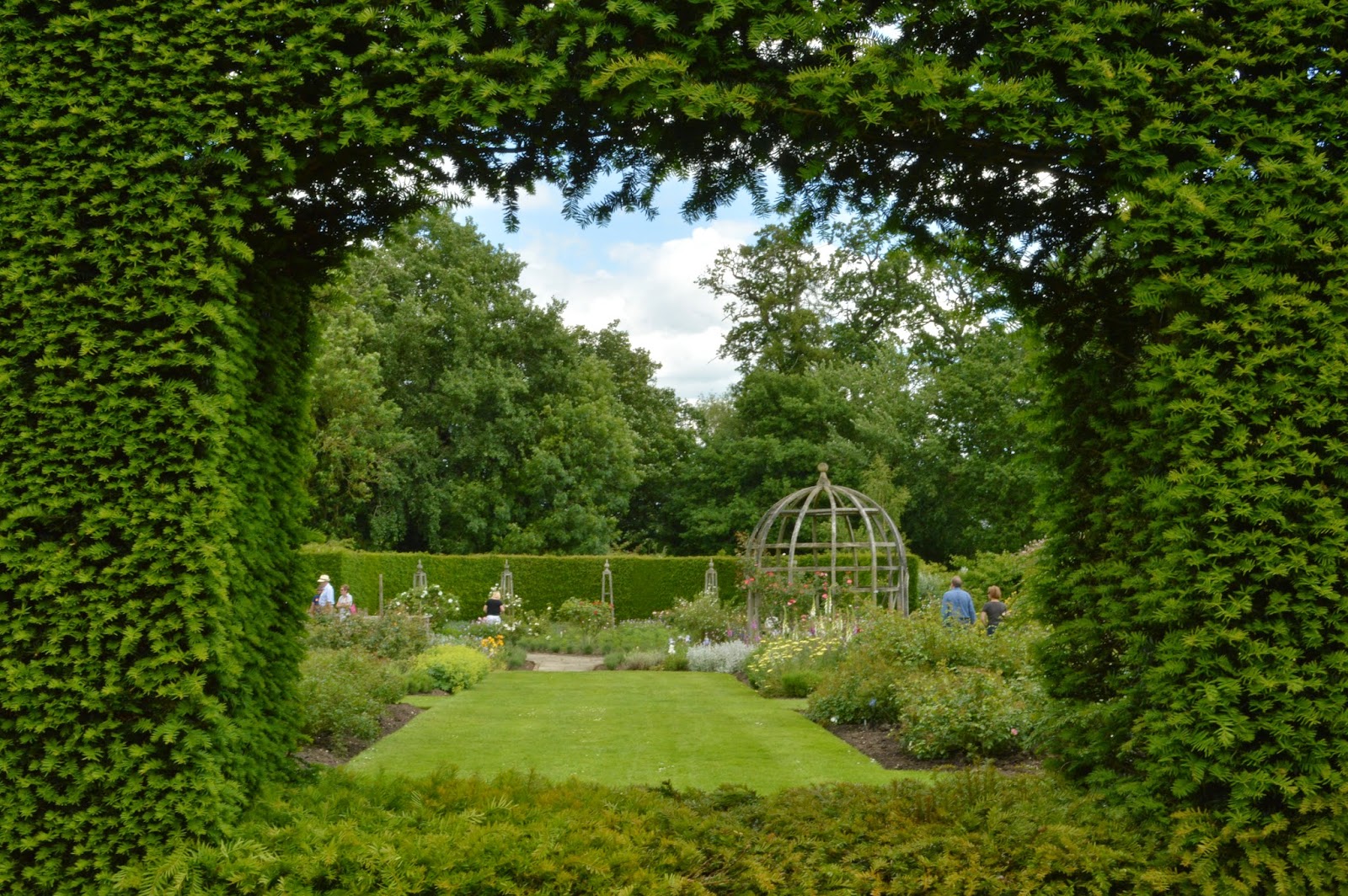 Further on a bit more and the Head Gardener of Waterperry Gardens, Pat Havers, becomes one of the people I talk to occasionally on twitter and who shares photographs of the gardens regularly.   I become even more certain that I want to visit and preferably sometime this year and yet was still not getting beyond the 'thinking about it' rather than 'doing it' stage. 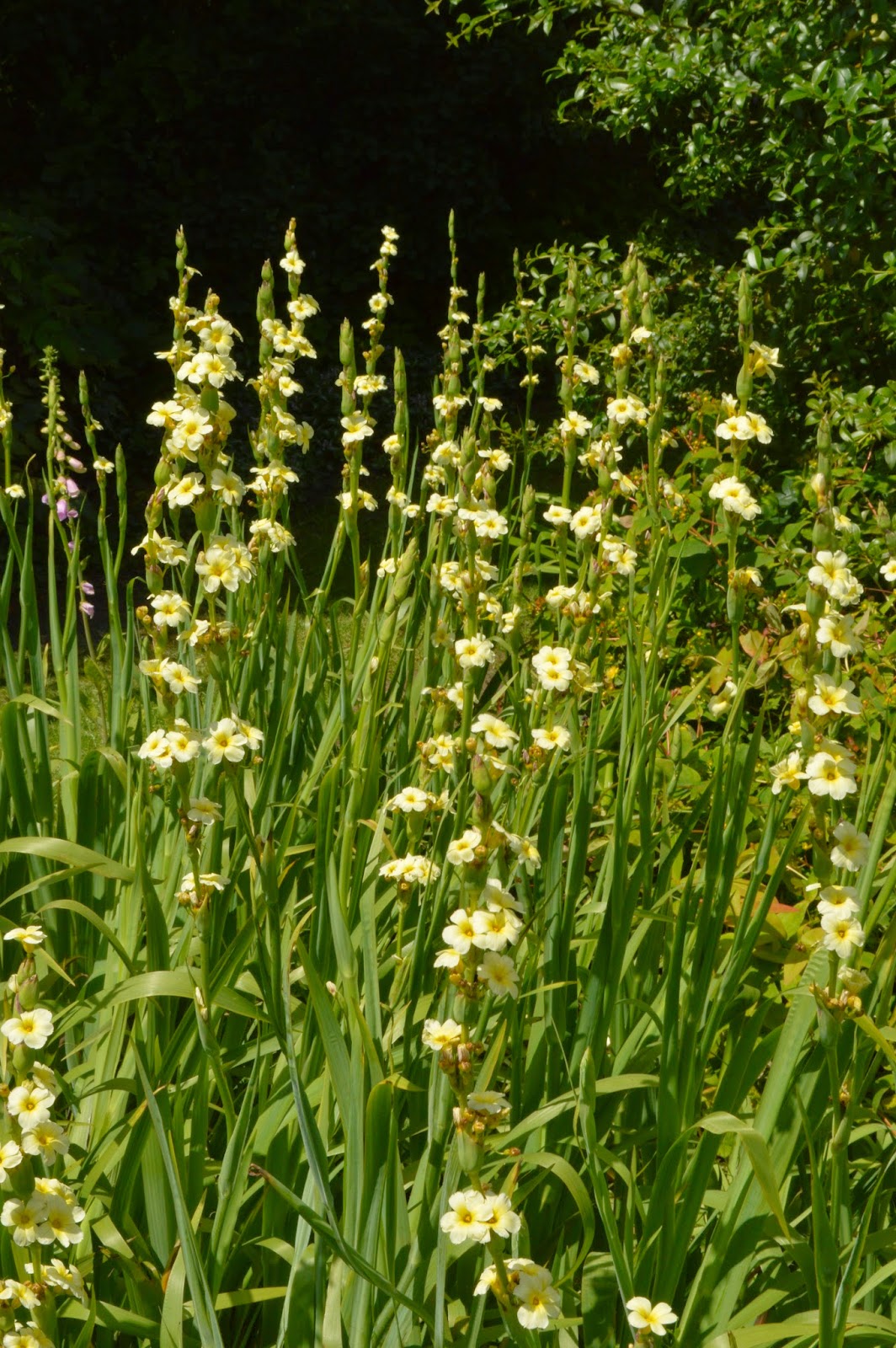 Finally, the OldHorts came into the equation, a group of horticulturally minded folk, some of whom work in horticulture and some like me who are hobbyists.  They are that old either, there isn't actually an age requirement barrier at all.  I joined this group a couple of months ago out of curiosity mainly, but when it was suggested that there would be a meeting at Waterperry, well I jumped at the chance.   It was just the opportunity (excuse?) I was looking for. 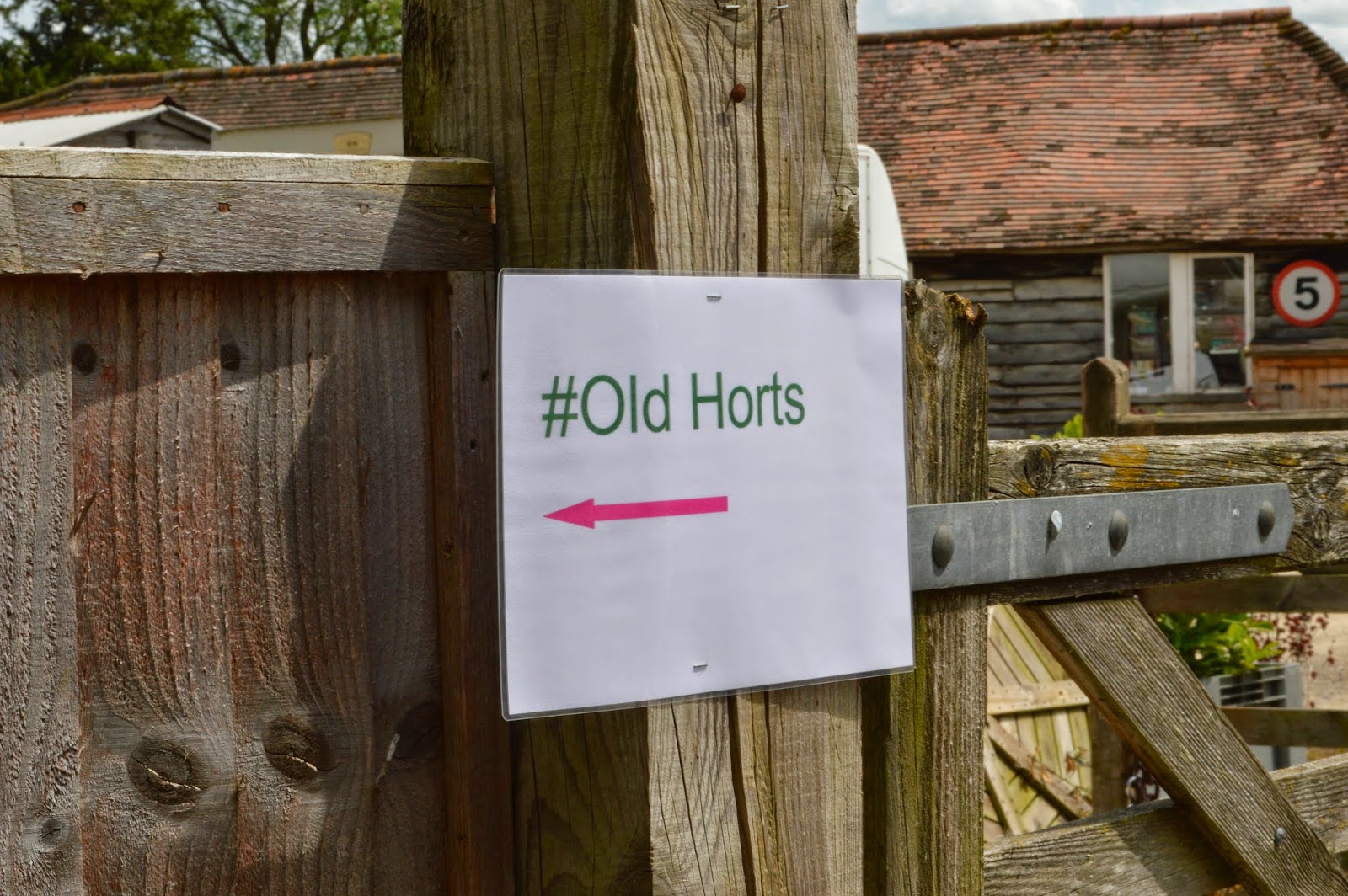 So on a lovely sunny Sunday off I went to meet up with 30+ other people, most of whom I had never met before but many of whom I have chatted to for quite a while in the virtual world. 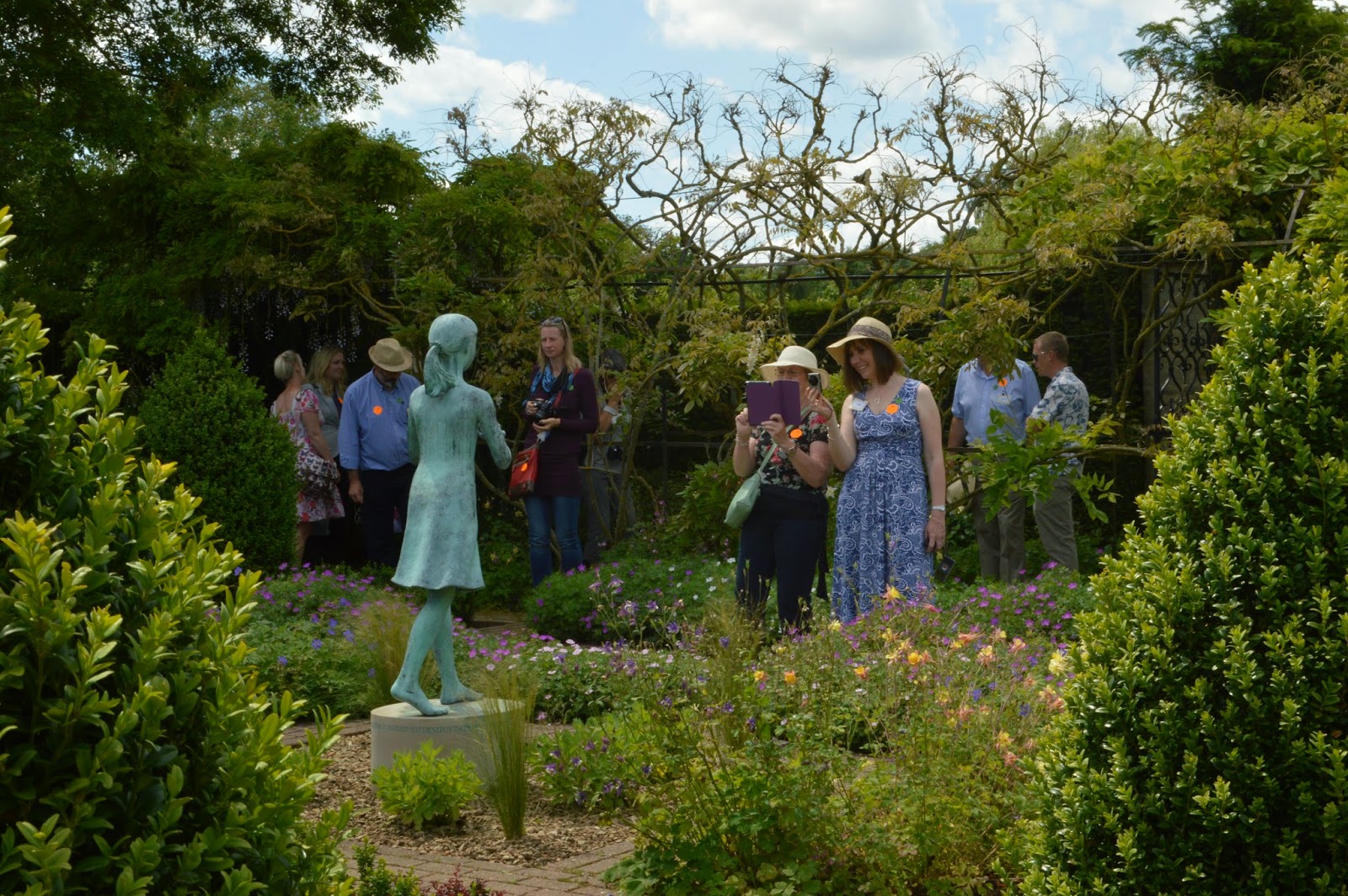 The gardens are worth the drive, there is the fantastic long border. 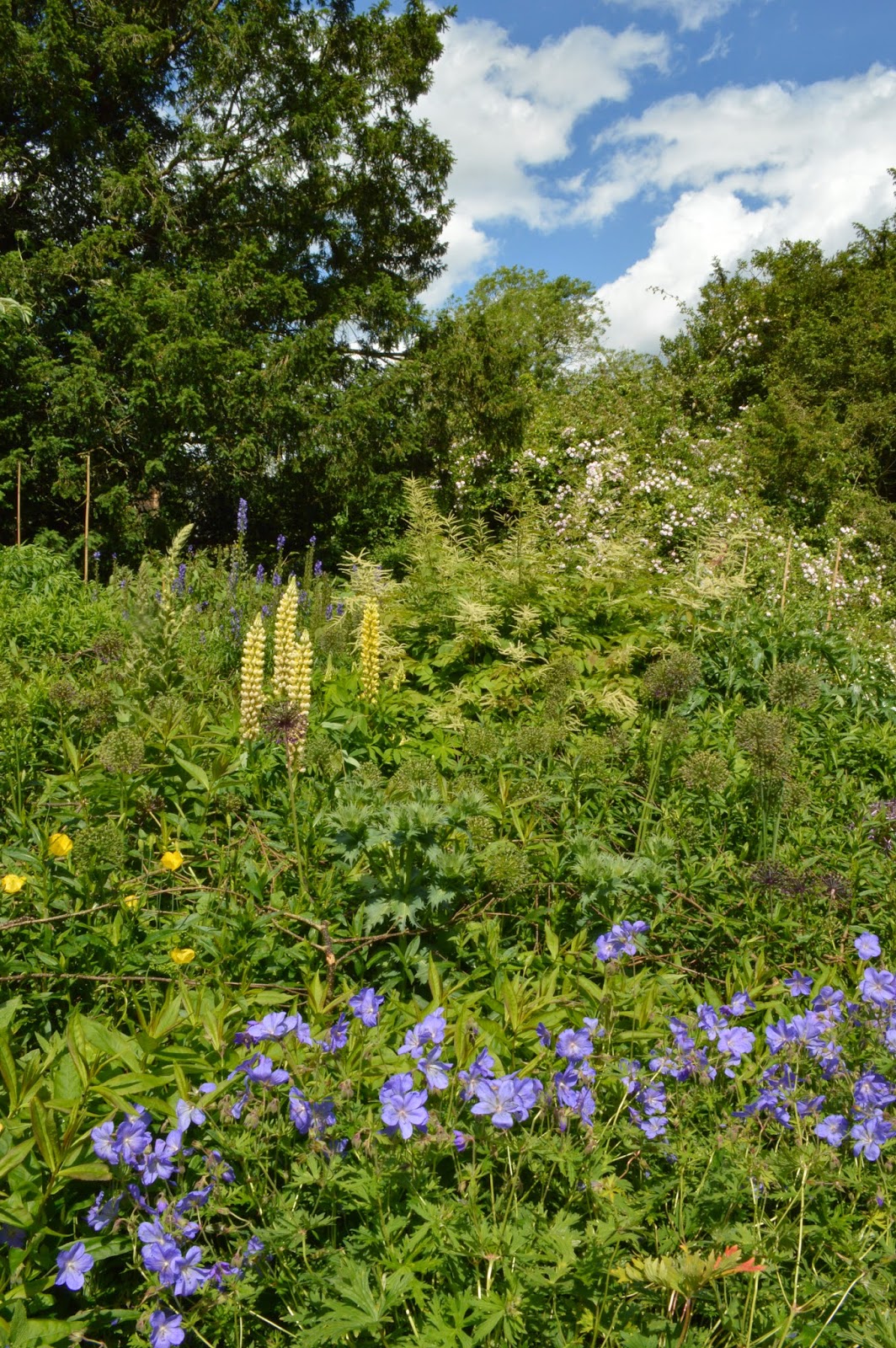 The borders were superbly maintained and brilliantly planted.  The combinations of plants as I walked along the paths were just wonderful. 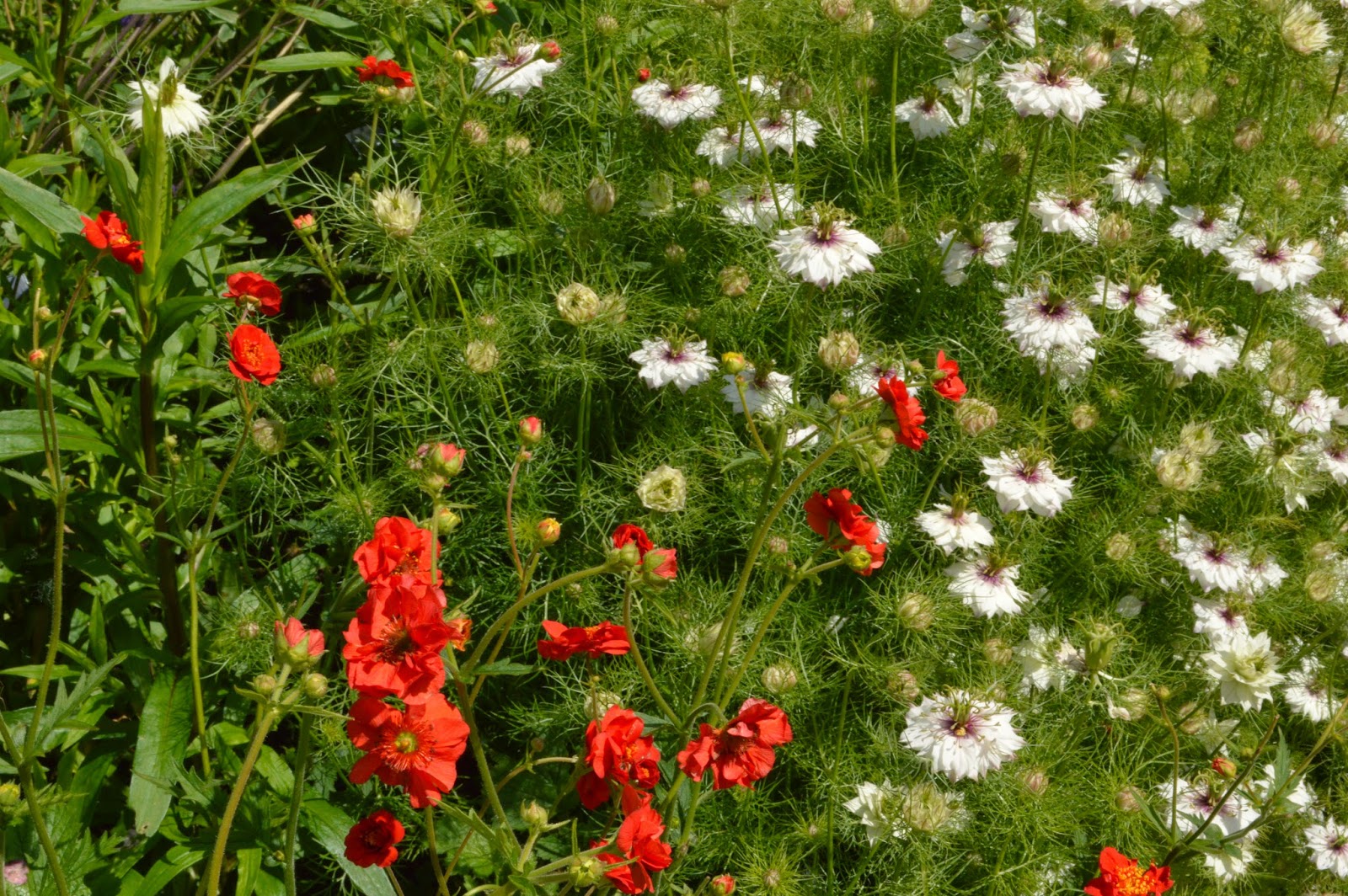 There are mini allotments that are used by local schools. 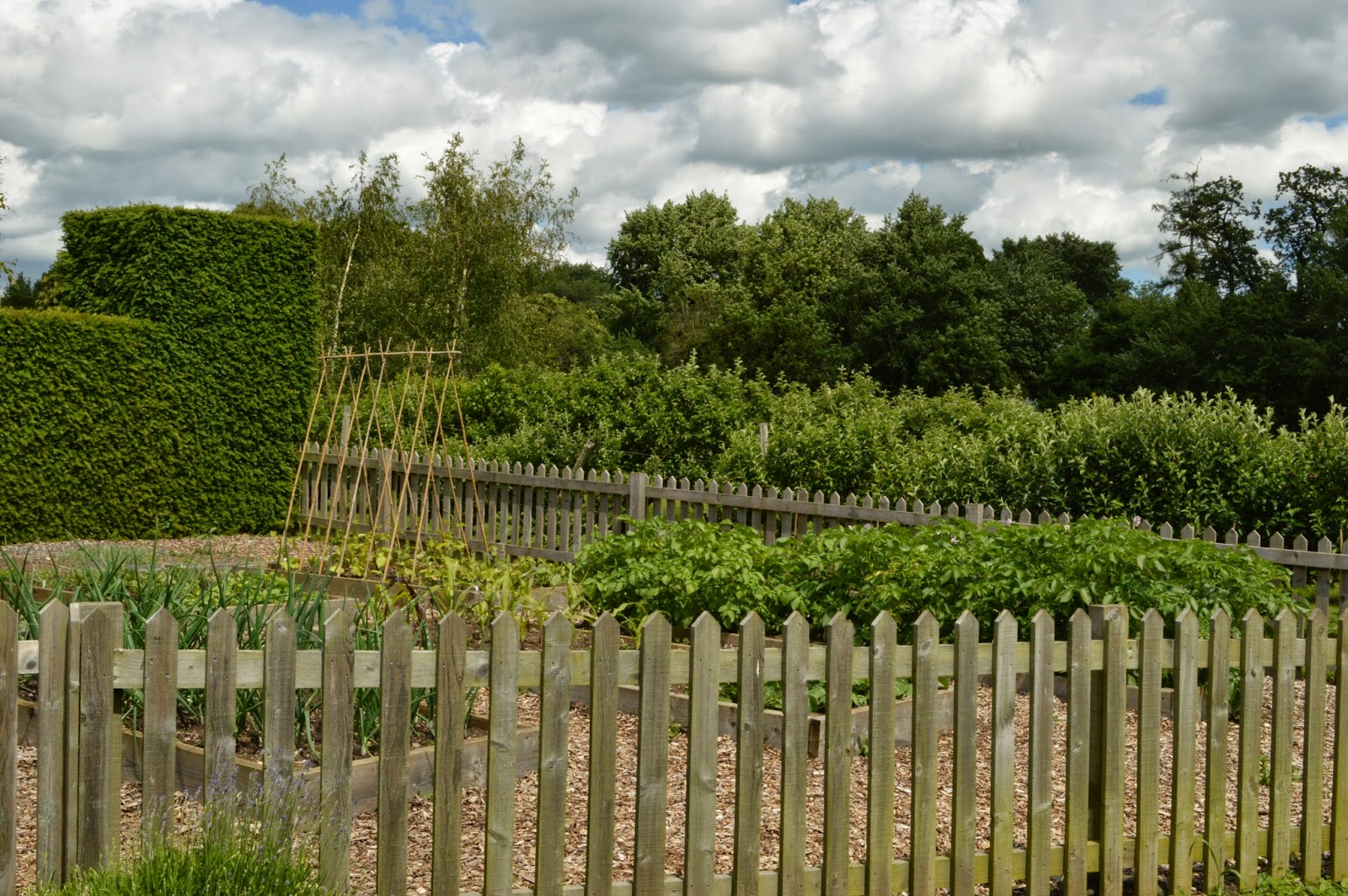 There is also a 'yew henge'.  I rather liked yew henge and when we were told it was to a third scale of Stonehenge I liked it even more.  A bit of eccentricity in the garden is always welcome. 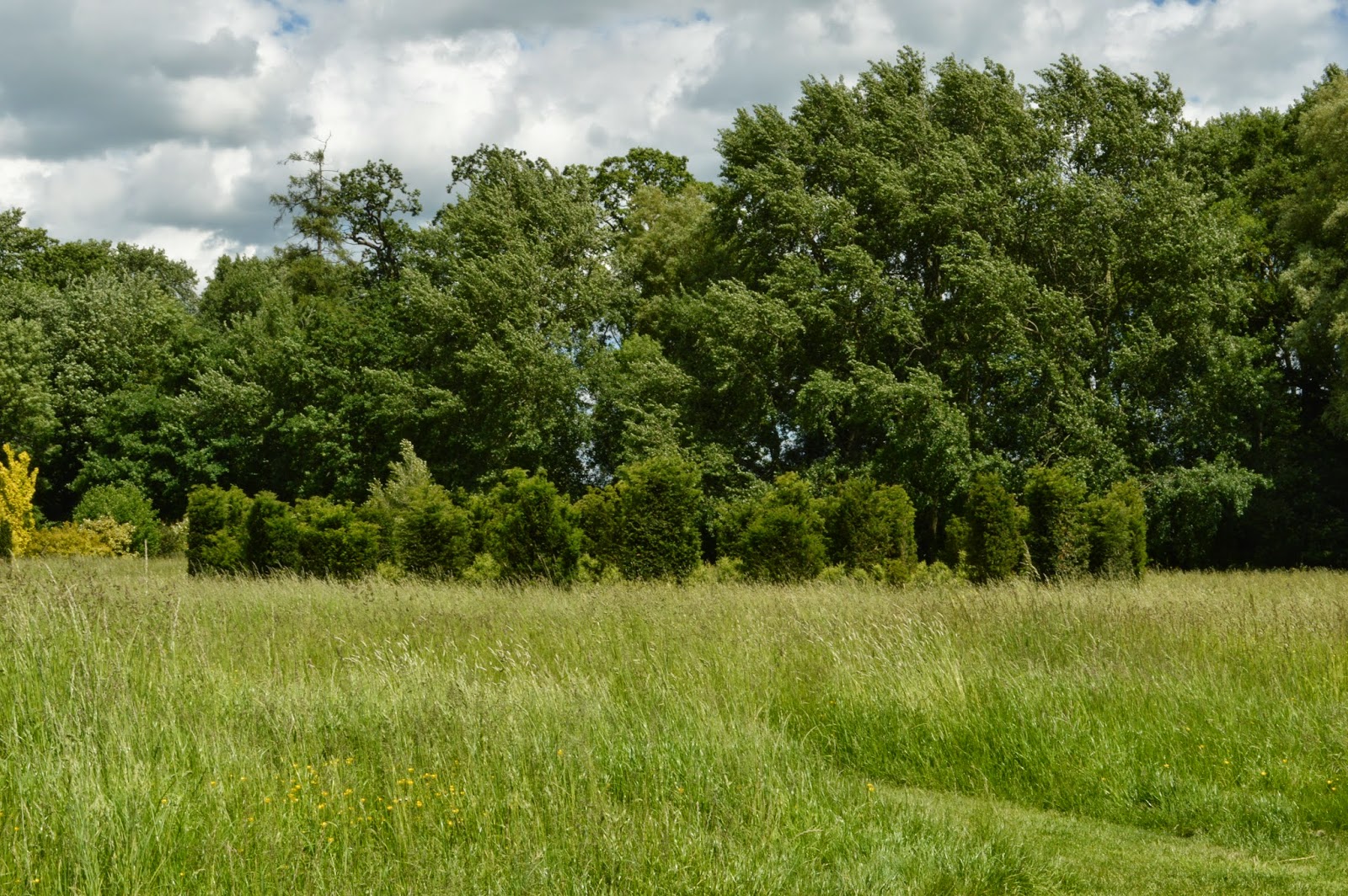 There are orchards that are used commercially to make juice and cider.  I am not a great lover of apples in general and if asked I would tell you I do not like apple juice at all.  We had some different apple juices to try and I can say that I now like Bramley apple juice.  The dry cider was rather good too. 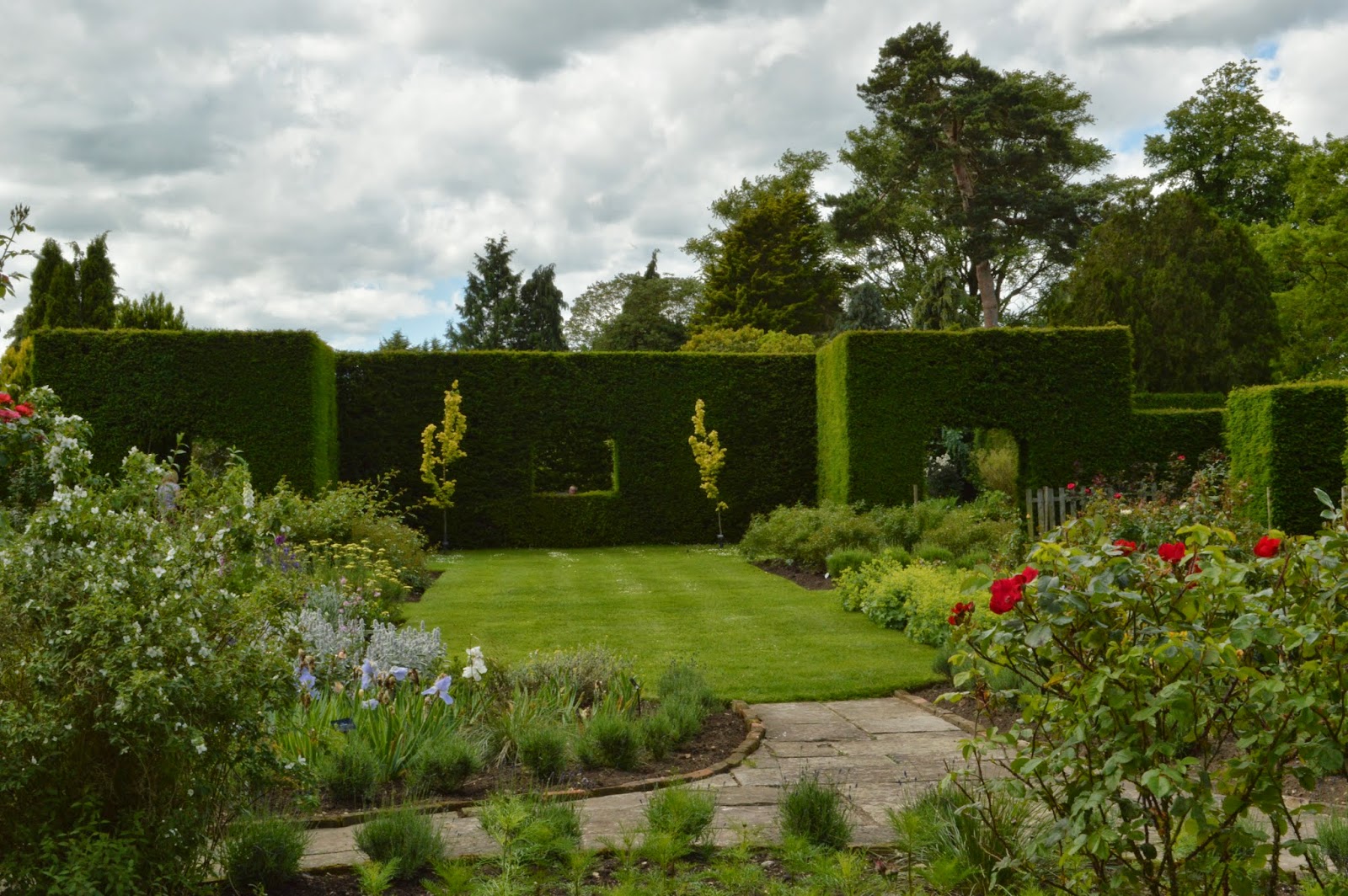 (no that is not the orchard above, I appear not to have photographed the orchard - oops).

but I did photograph this, there was the amphitheatre, which was just stunning. 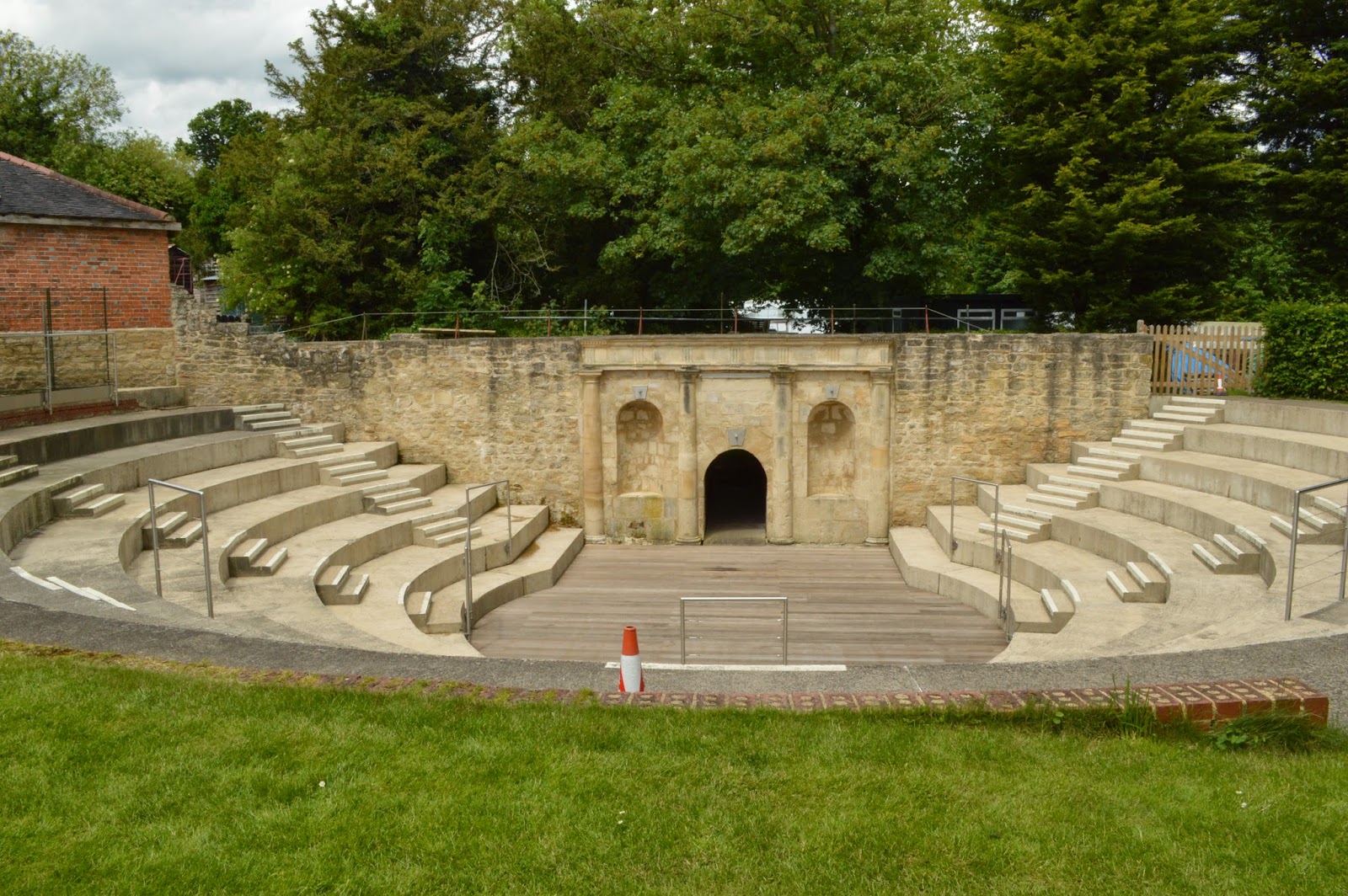 There was much more to see so I still need to go back as I would love to wander around and take it all in again.  So I guess I will be finding my way back there again hopefully quite soon.
garden visiting oldhorts Waterperry