A problem resolved? an update

June 15, 2014
A few weeks ago I shared a problem I was having with my Magnolia 'Fairy Blush', it was looking decidedly manky. 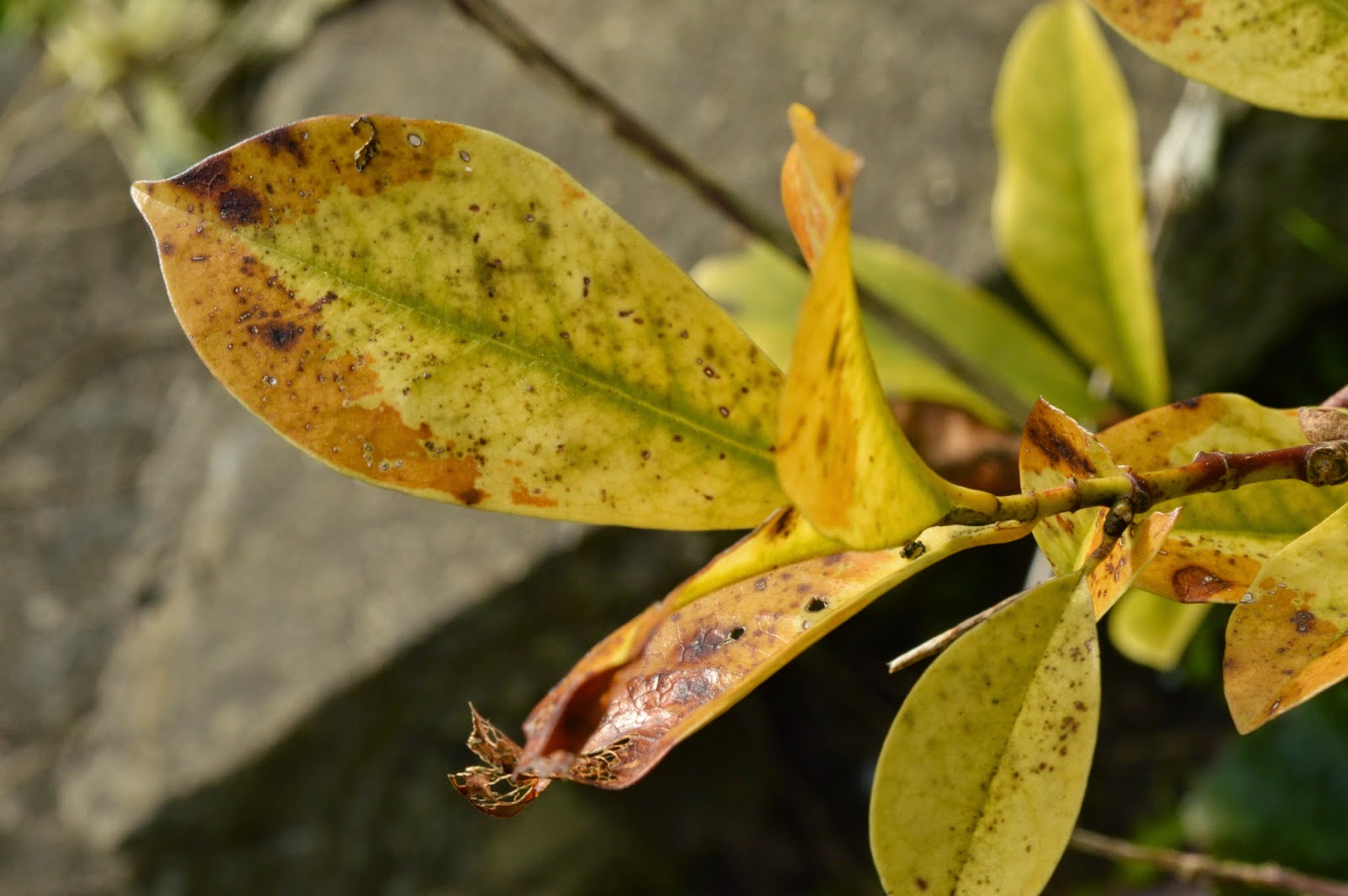 So I dug it up and moved it to where I know it is more acidy in the garden.  I have made sure it has not dried out too much and some rather heavy rain has helped with this too.  I have also fed it every fortnight with some liquid seaweed and whispered encouragement to it.

It appears to be paying off.  The first signs of hope was that the buds on it did not fall off 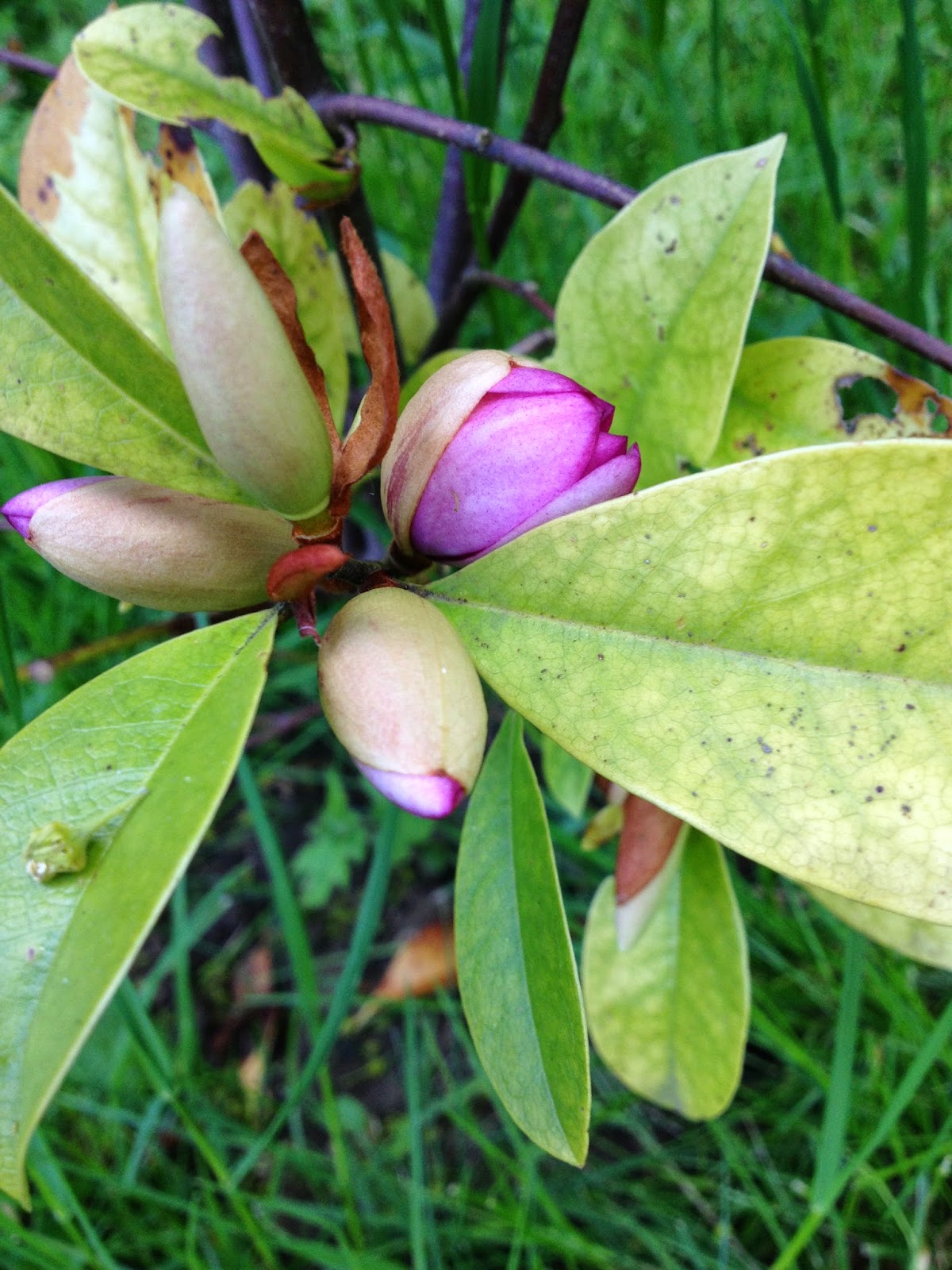 and then it flowered 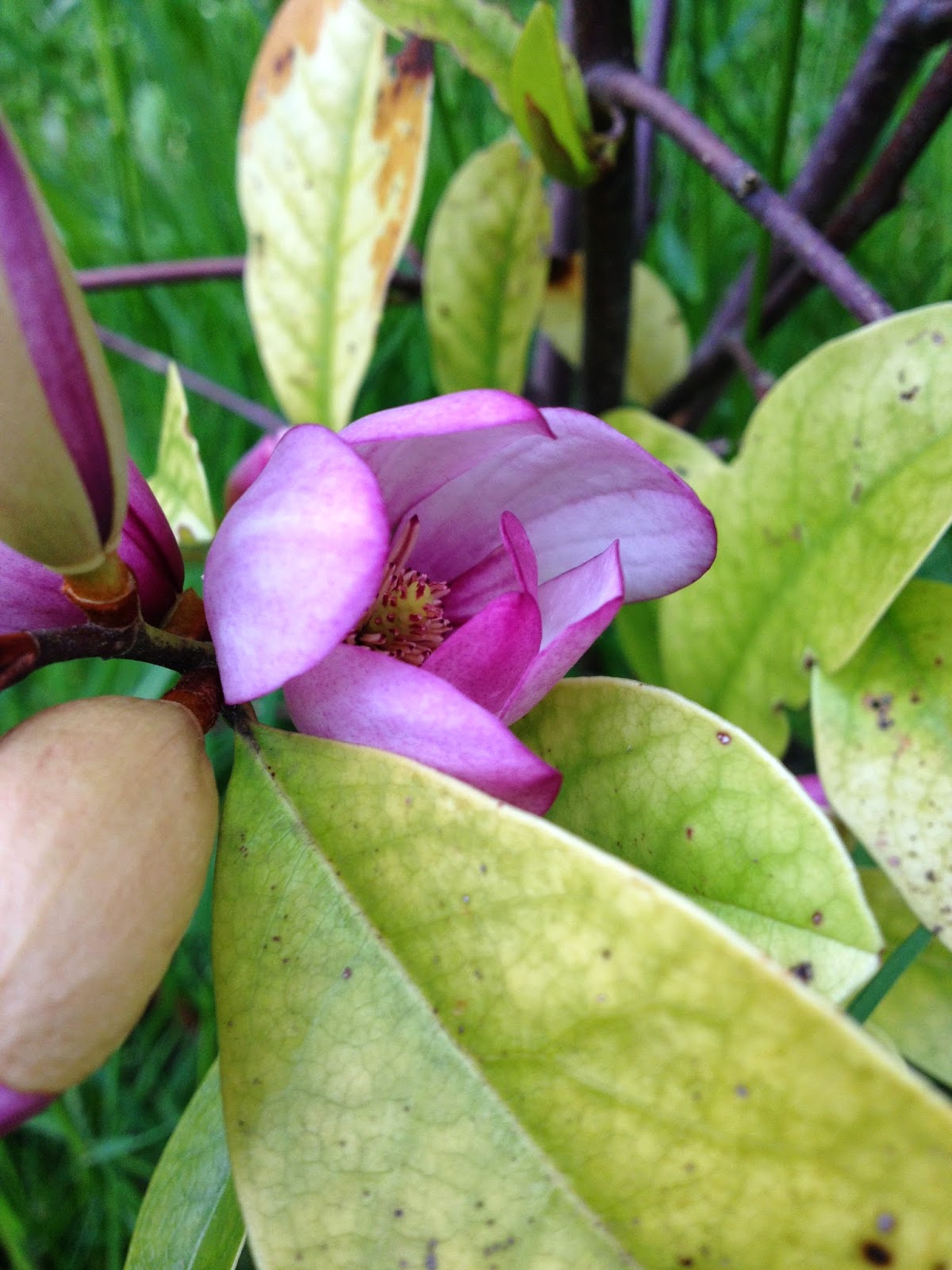 pretty little thing isn't it?  You can see why I did not want to lose it.

Best of all though, 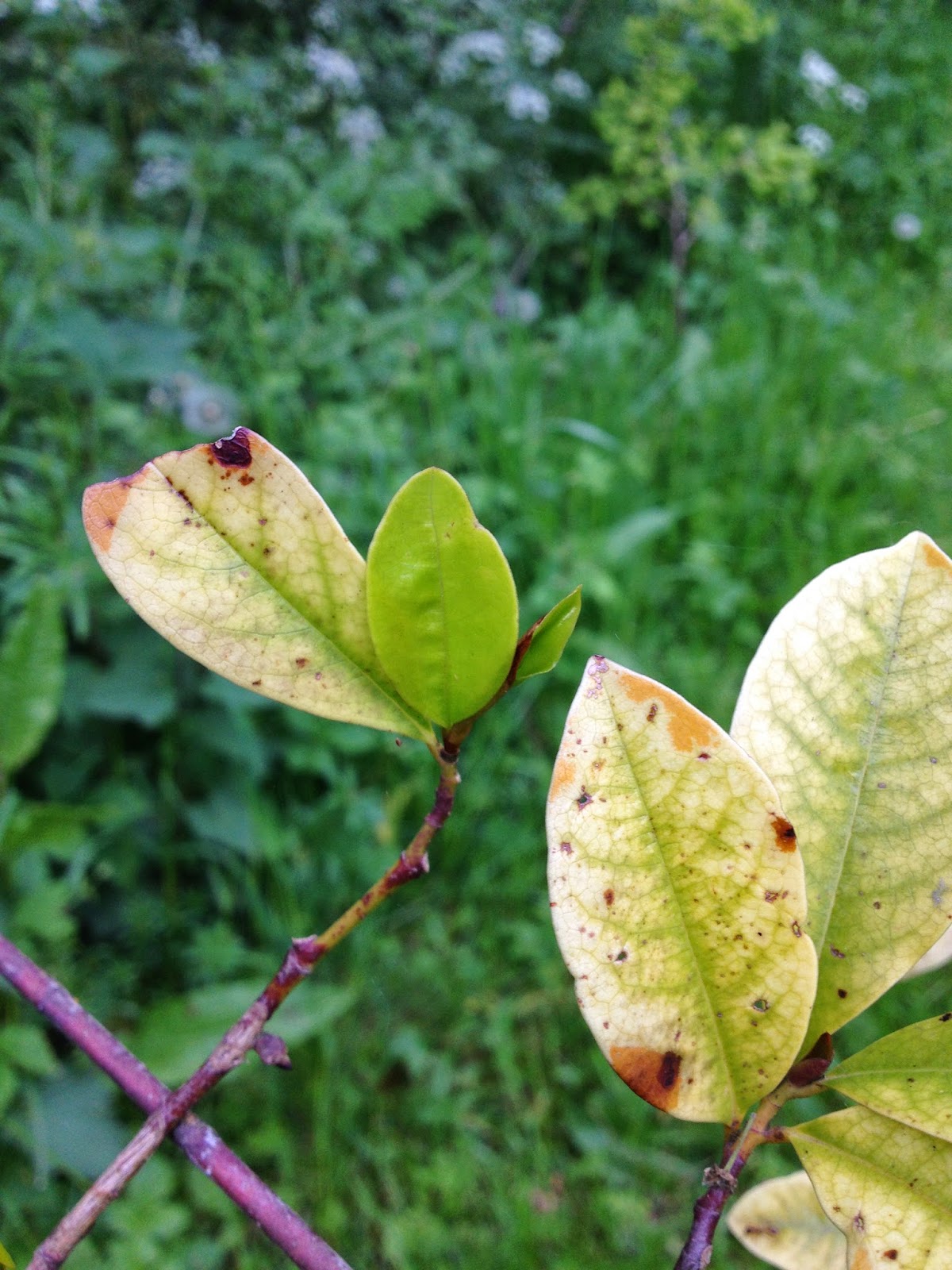 the new growth now appearing is definitely green and healthy looking.  I am not through the woods with this shrub yet, I have to keep it well watered for the whole of the summer yet so that hopefully come Autumn it will feel established in its new location.  It is hope though, real hope.

Postscript  Since posting this yesterday I have been advised that it might be magnesium deficit that is causing the issue and that I should try feeding it with Epsom Salts.  This will be tried, I feel an episode three coming on.....
Magnolia Magnolia 'Fairy Blush'