May 29, 2014
Yes there is a dark side to Chelsea Flower Show, there are things there that disturb and chill the soul.  Sometimes deliberately, sometimes I am not so sure.

These sculptures by John O' Connor were beautiful and thought provoking. 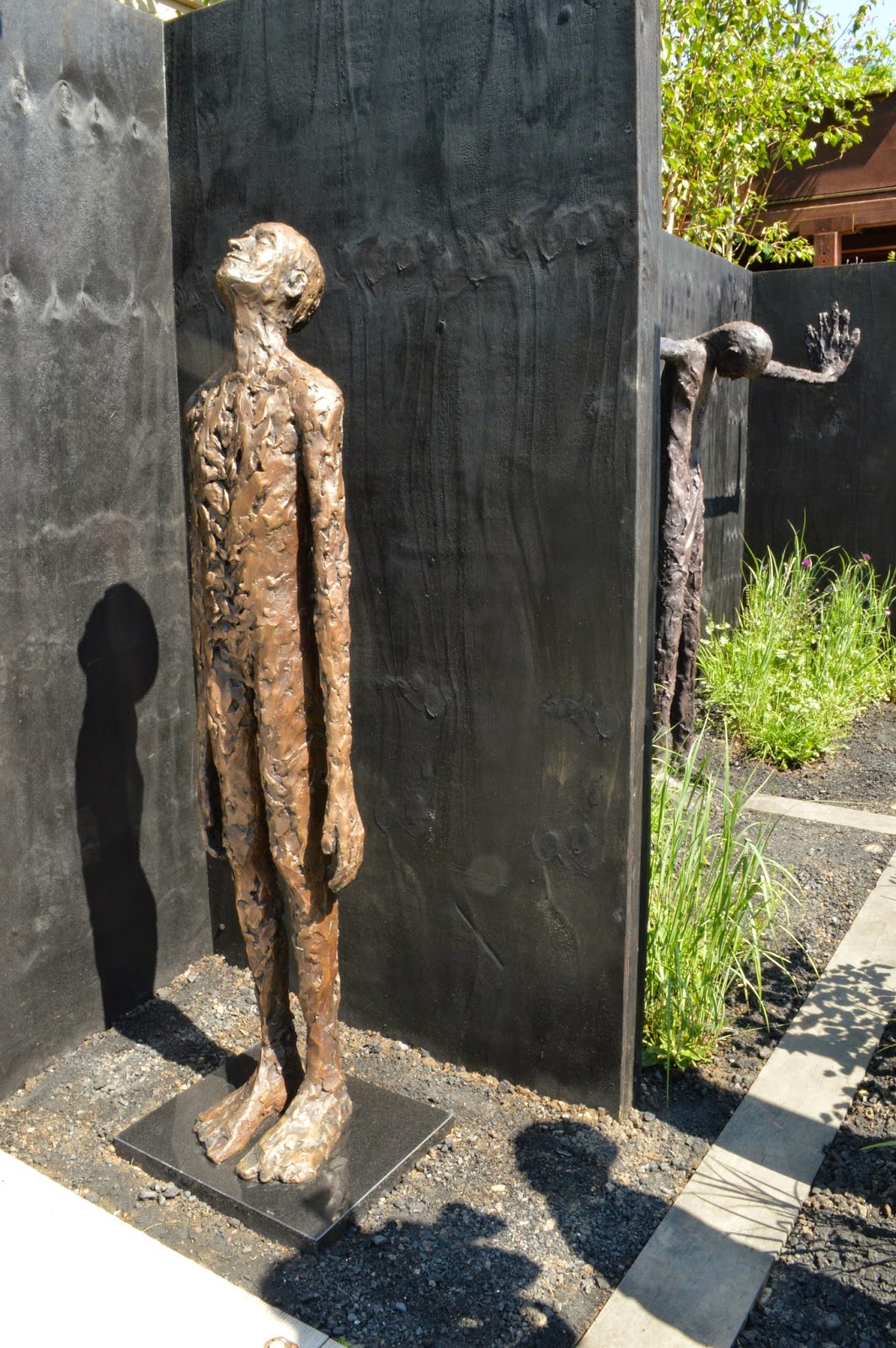 This one seemed to me to be standing and enjoying the sun, 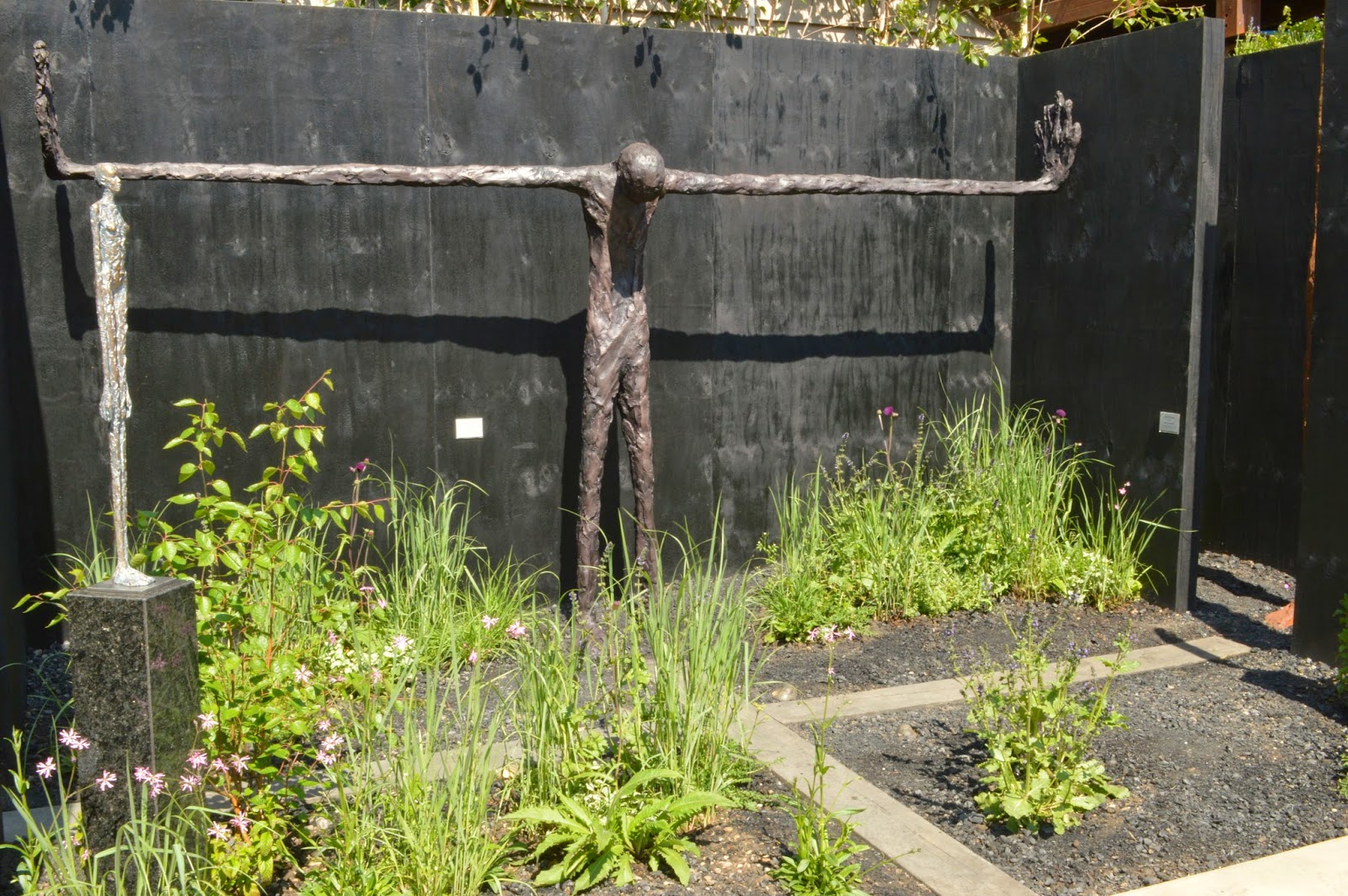 This one is darker in nature, I really liked it and thought it worked very well in this setting.  It felt claustrophic to me, something I understand very well. 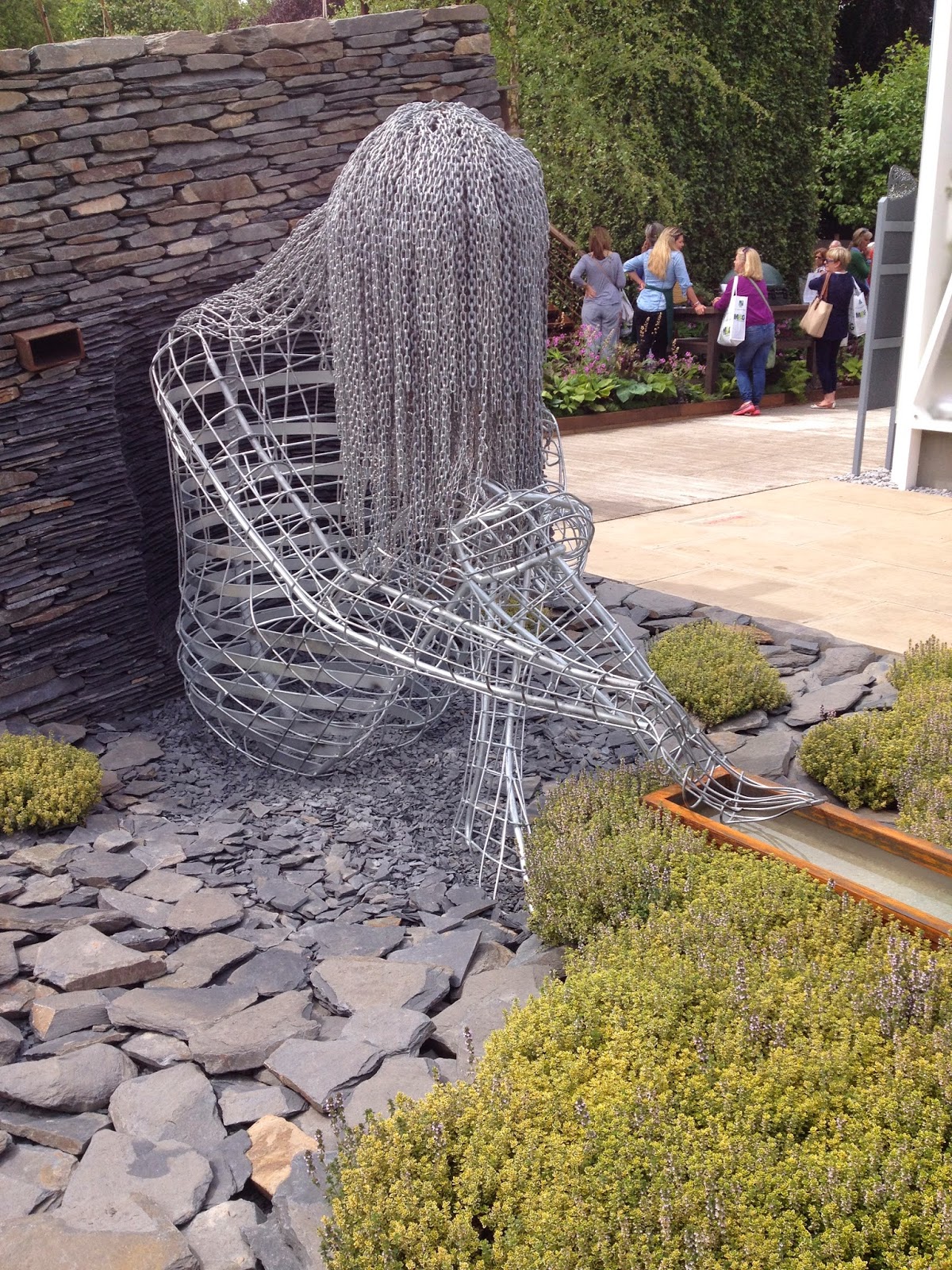 This sculpture on the John Everiss 'Reachout' Fresh Garden also felt sad and alone to me, it was something  I could definitely find space for in my garden as it has a real disquieting beauty about it. 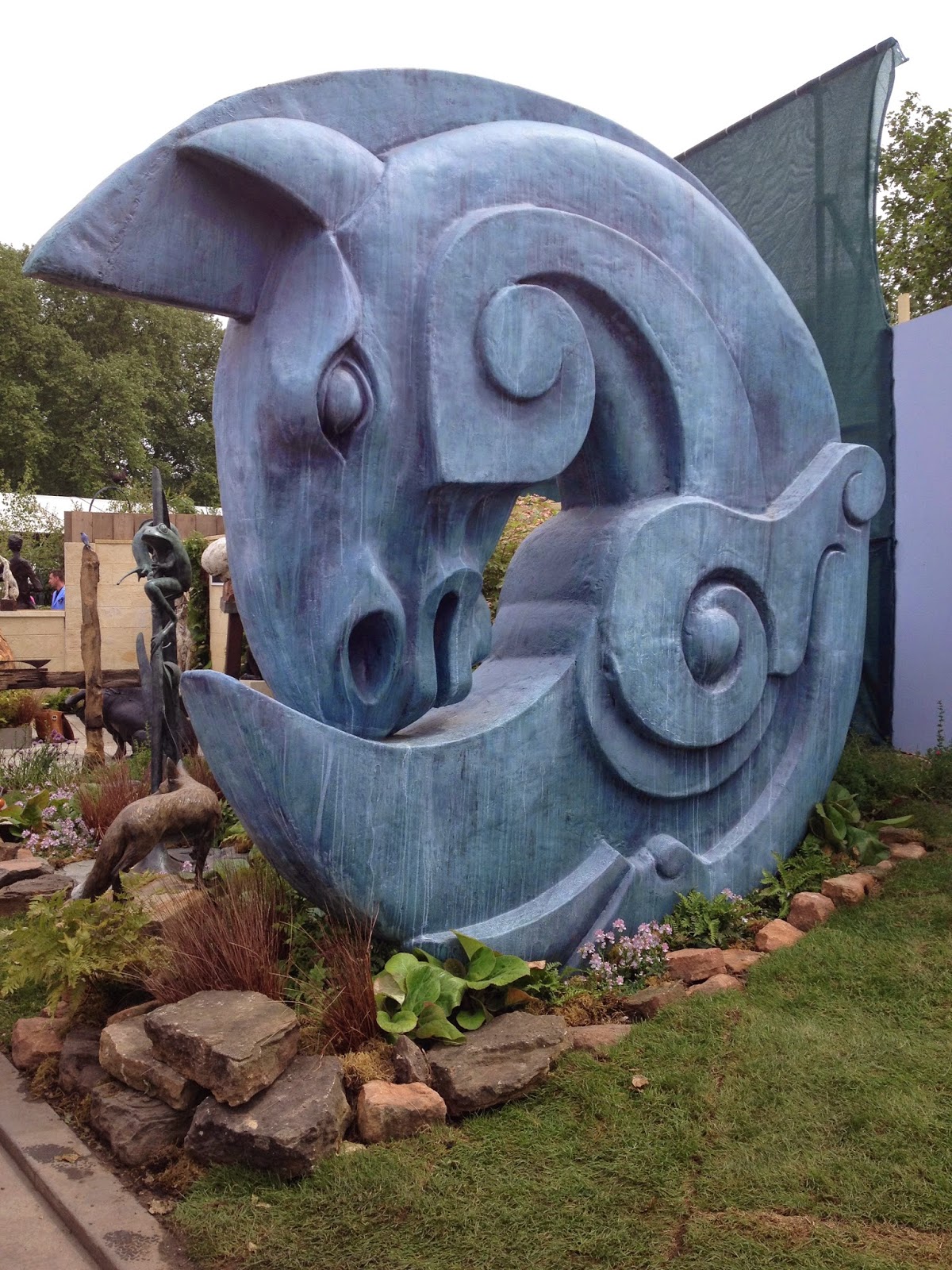 There are often many horse sculptures at Chelsea.  I am not a great fan of riding horses (they are rather big and have big teeth and hooves, scary).  I do think they are very beautiful creatures though and this stylised horse sculpture I really liked. 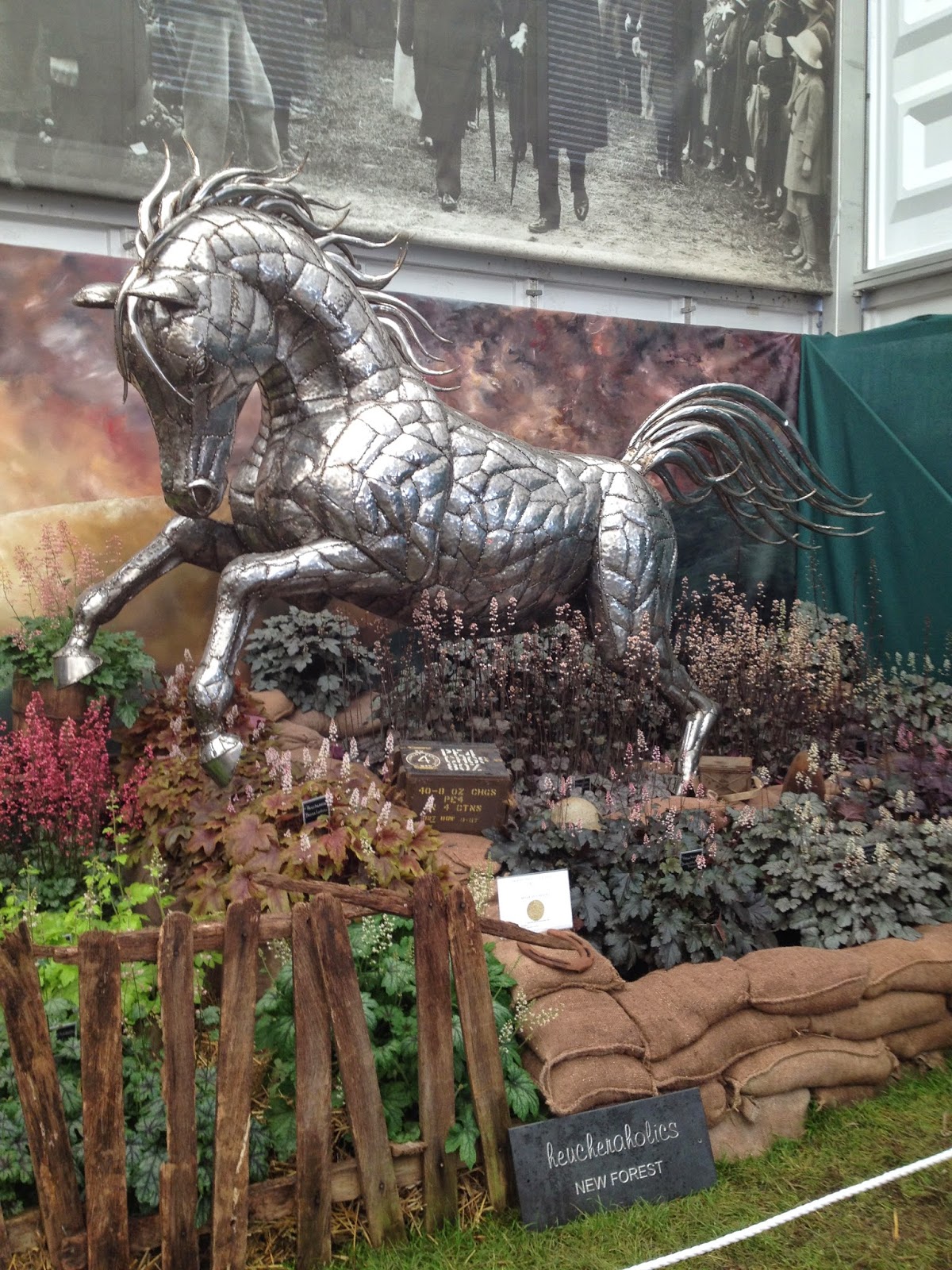 This warhorse on the Heucherholics stand in the Grand Pavilion was equally striking.  It was a great stand in general, it was very well designed and planted. 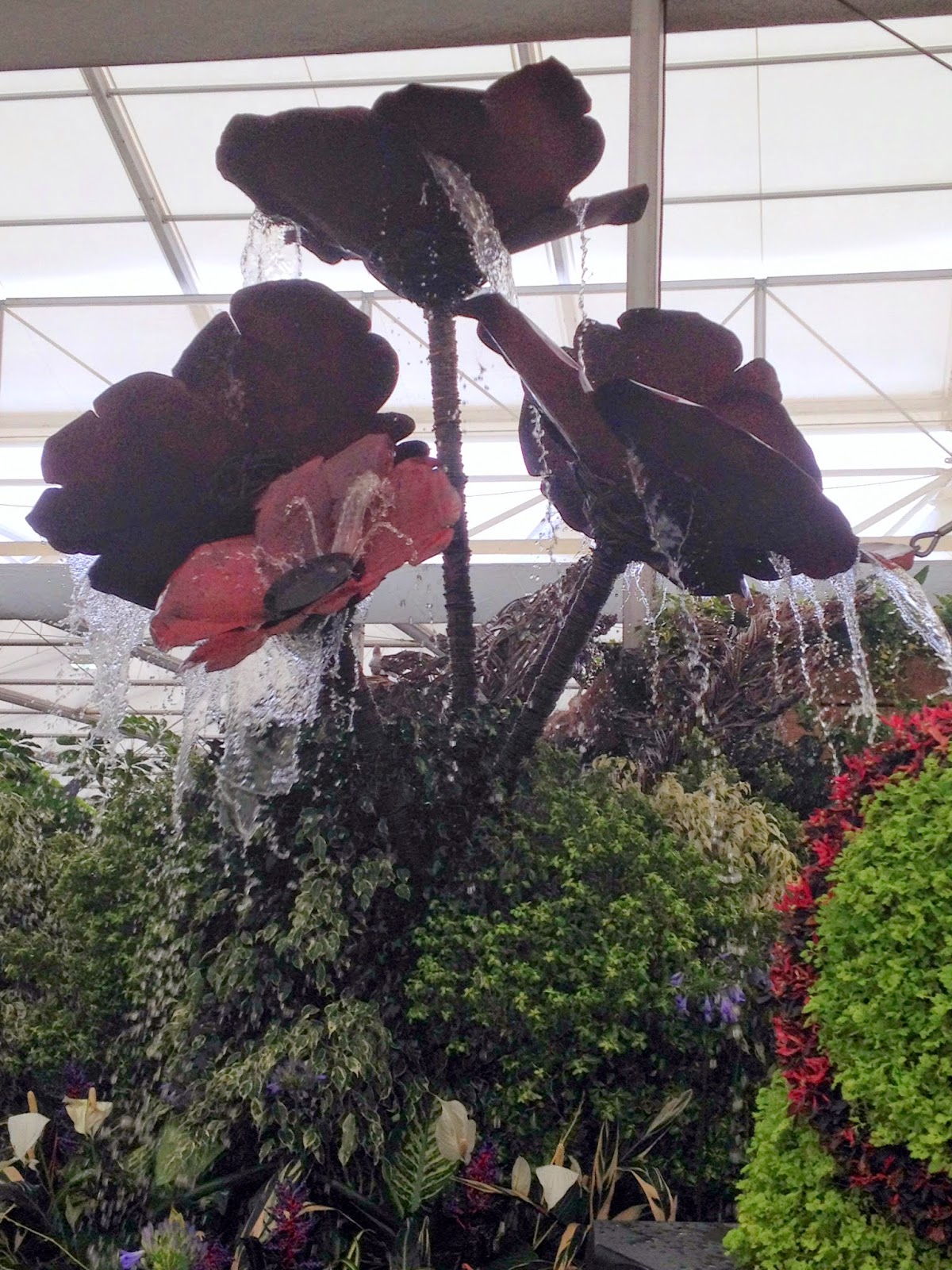 This poppy water feature in the Grand Pavilion was very effective.  Poppies were quite evident at Chelsea this year in commemoration of the start of the Great War in 1914.  There can be no darker side than the loss of so many people and the destruction of so many lives all in the name of war. 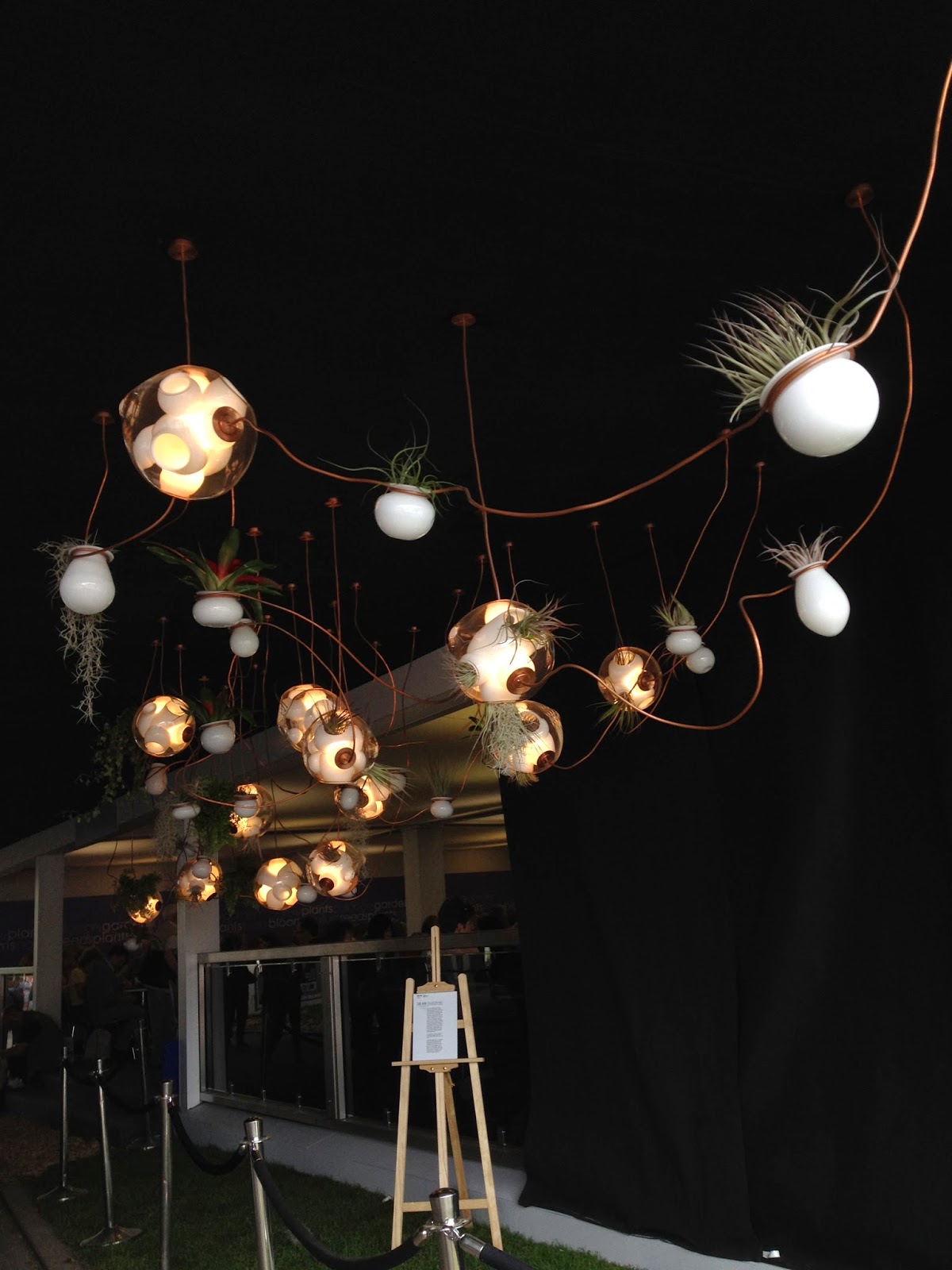 I found the missing scene from Alien, the pods/eggs are hanging from the ceiling of the Rock Bank Tunnel and I expected them to twitch or pulse as I walked past.  I liked it, but it was quite extra-terrestrial and a little dark.

However I finish with the darkest of dark. 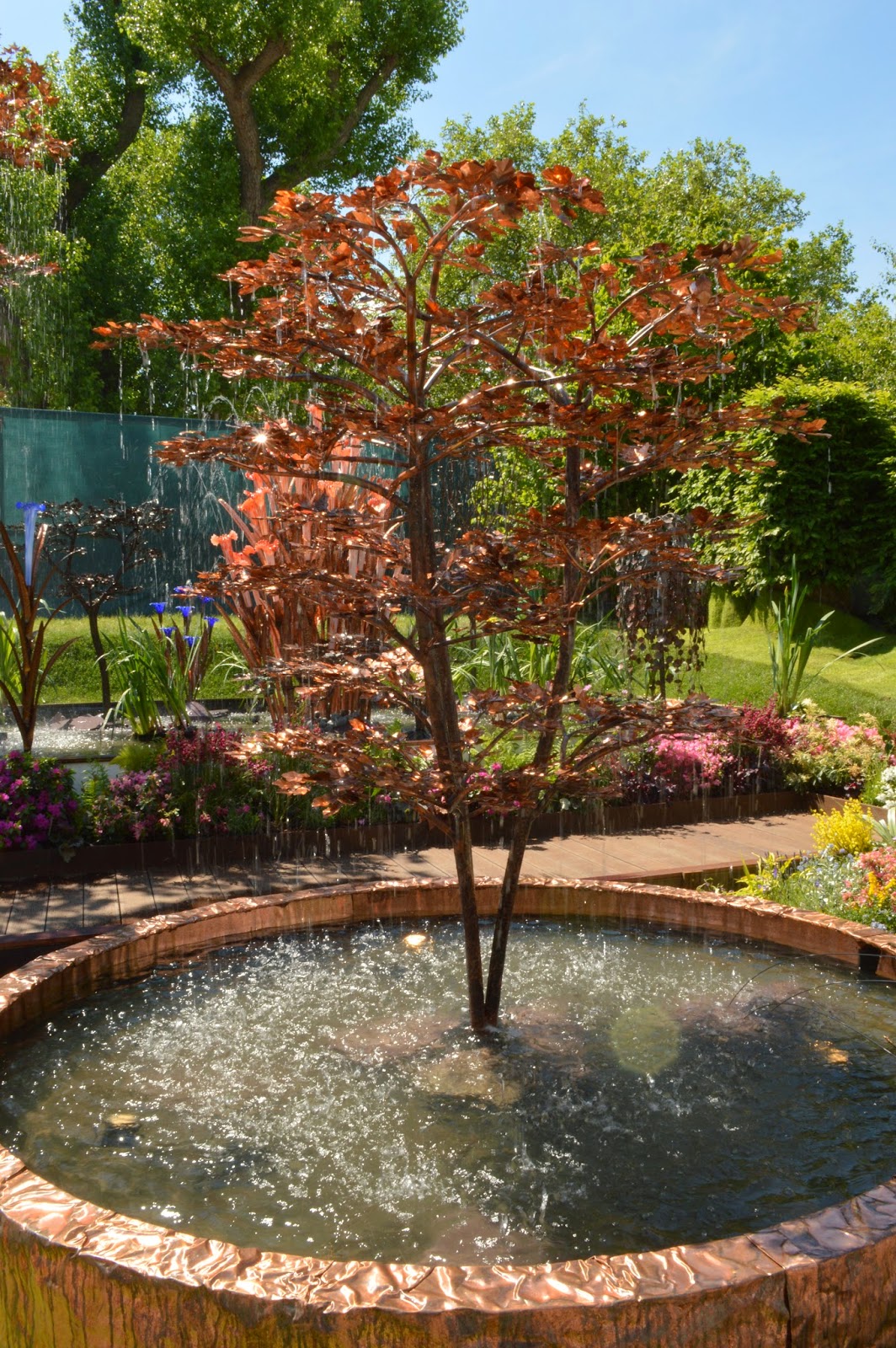 The Singing Ringing Tree, oh yes, that is what this is.  It might look beautiful, it might make wonderful water-splishy-sploshy noises, but to us of a certain age there is that darkness we still remember even though we were hiding behind the sofa for much of the time.

The Singing Ringing Tree was a children's television programme broadcast in the UK certainly in the late 1960s/early 1970s.  It was voiced-over into English which made it seem even more weird than it was already as the actor's mouths did not move in time with the words.  As a child this series terrified me and to this day I have never watched it to the end.

I will never look at these sculptures in quite the same way again.