April 10, 2014
I bought this Magnolia loebneri 'Leonard Messel' six years ago on the way back from the Isle of Man.  It was a bargain buy as it was reduced to only £25.  It was a large specimen and worth every penny.  It was love at first sight and I had to have it.  Had I have been in my own car it would have been impossible, my car was tiny and this plant was not, however I was travelling in a camper van at the time so there was room for it to fit in the back.  Except it did have to share the space in the back as there was also a motorbike in the van at the time (not mine I hasten to add).  This meant that it was very hard to get the Magnolia into the van as the doorway was blocked by the very heavy bike.  With no ramp to get the bike in and out it was not possible to take it out of the van.  So there was a comedy moment of taking out a van window and loading the plant through it.  The Magnolia thankfully survived this indignity very well.  It duly arrived home and I planted it out a few days later.  The plant was so heavy I hurt my back quite badly lugging it down the garden.  This plant was already sowing the seeds to become a saga. 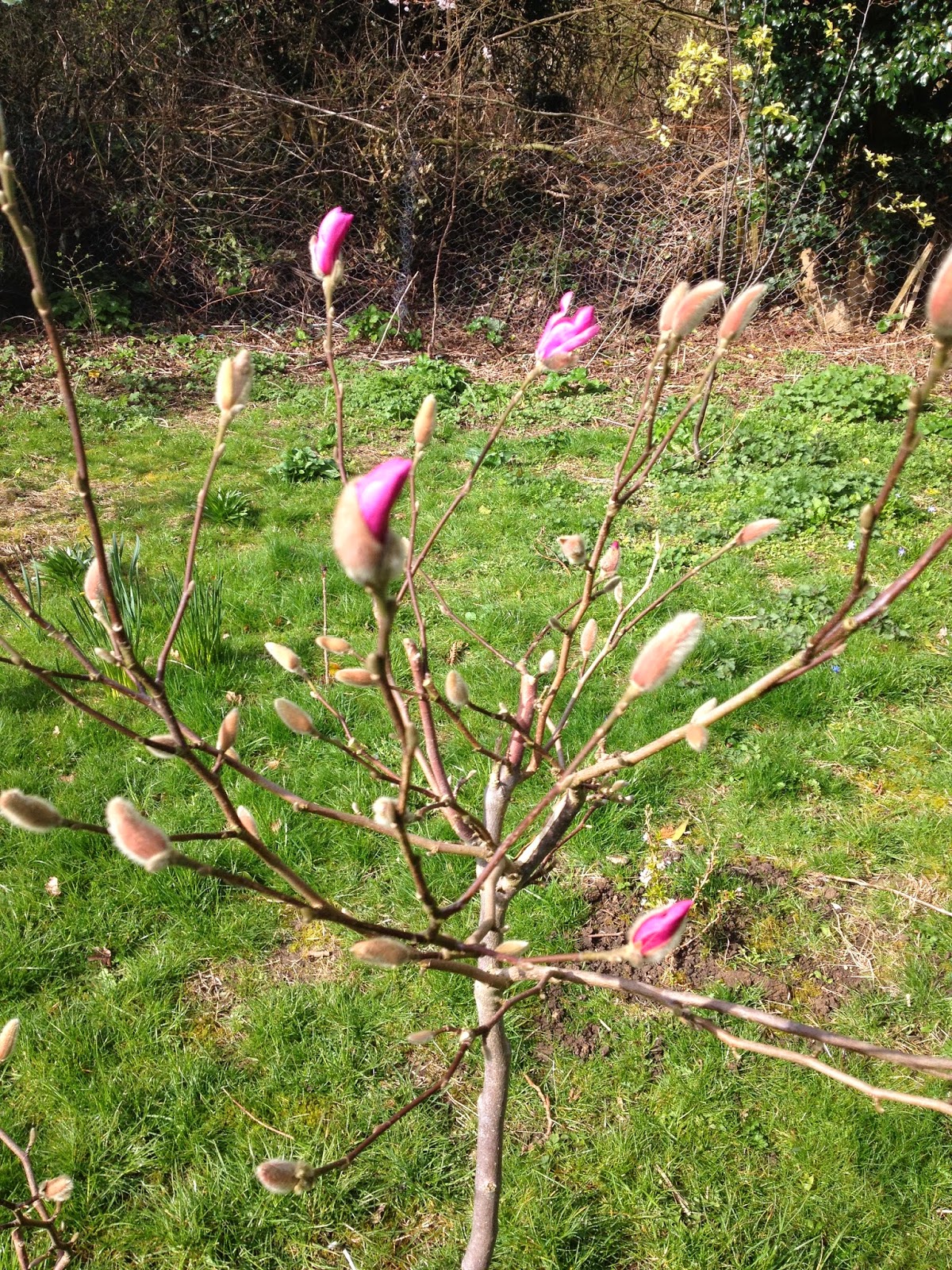 That first year the Magnolia finished blooming but struggled after planting as it was a dry year.  I kept it watered but it was not hugely happy.  The next year it was apparent it had died back quite a bit.  I pruned off the dead wood and the Magnolia sulkily produced a flower or two.  It was about halved in size at this point.

Another year passed, it was growing a bit, but it was still not thriving, there was further die-back and I began to seriously wonder if it would survive.  I kept it well watered and hoped and hoped that it would become happy again. 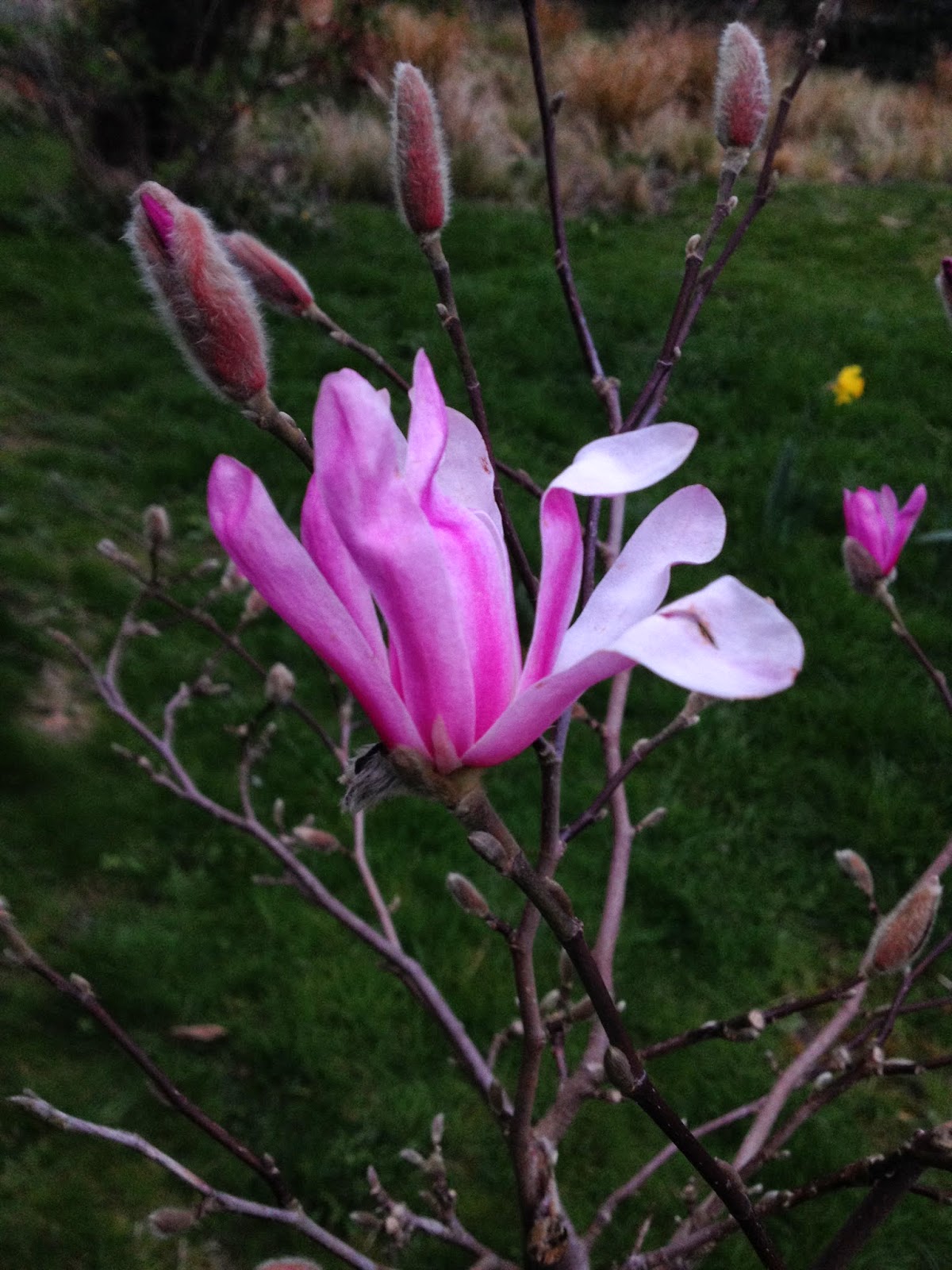 The last couple of years have been far less dry.  Whilst there are downsides to so much rain the upside is that some plants are much happier.  I think the combination of getting enough rain and also just maturing a few more years, the Magnolia this year has turned a corner and is suddenly looking amazing. 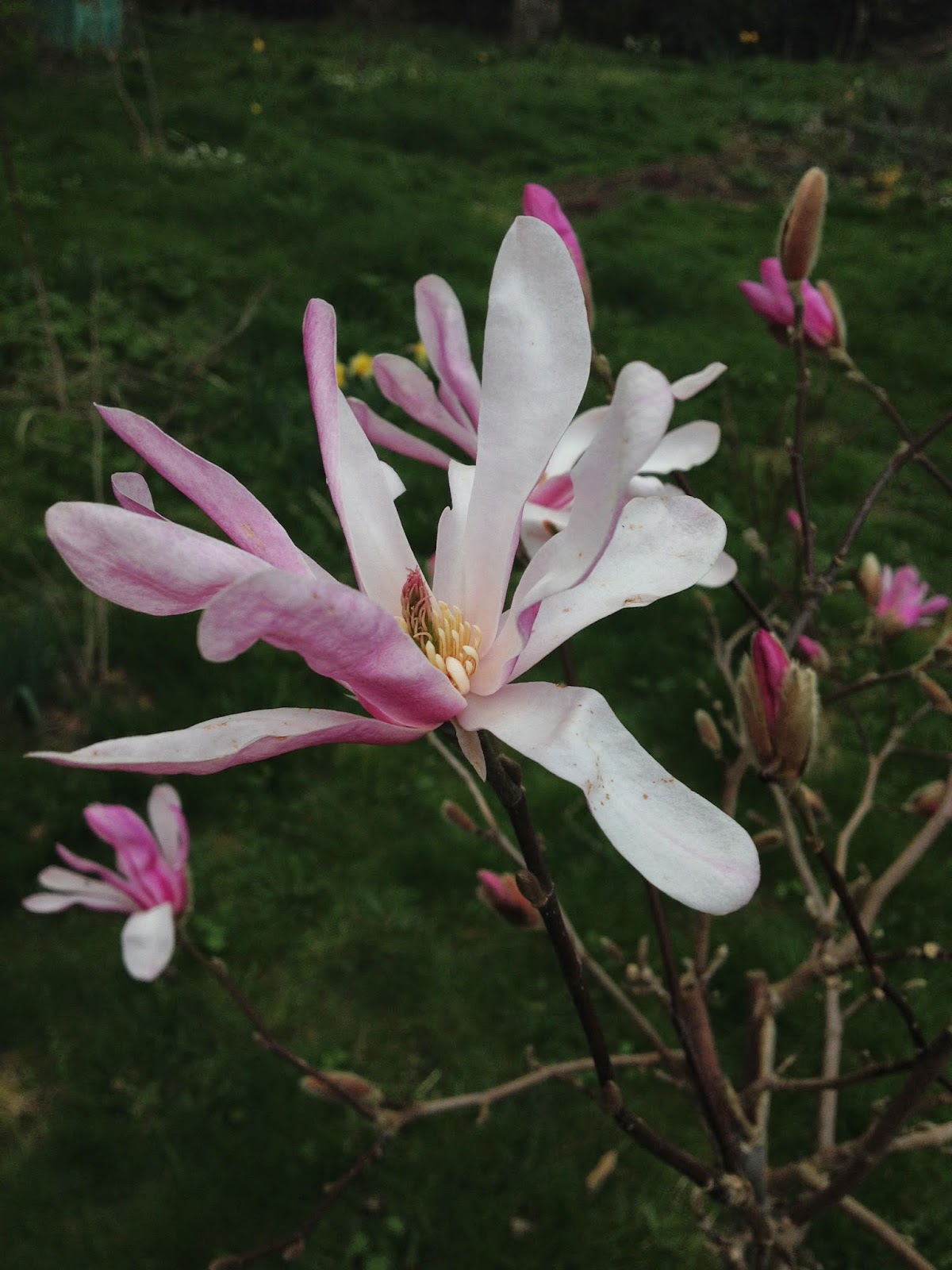 It is joy on a stick. 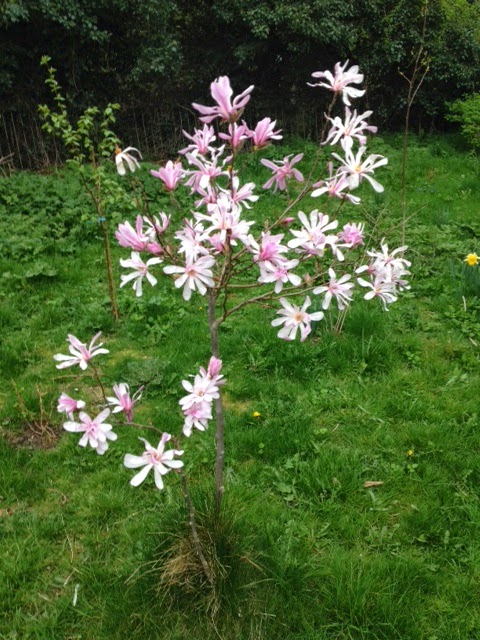 Now I am full of confidence that every year it will bloom and bloom and be as wonderful as I had hoped the first day I saw it.