March 13, 2014
When this blog was in its very early stages way back in 2011 I wrote a post about my quince hedge in the front garden.  This hedge sits under the front lounge window and has been something I have wanted to establish from when I first moved in.  The spot was just right for such a hedge and I love ornamental quinces.  I explained in the post that I wanted to grow this shrub as it reminded me of one I had previously grown, but also because its open flowers were great for attracting bees.  So I planted a row that looked little more than twigs and hoped they would thrive. 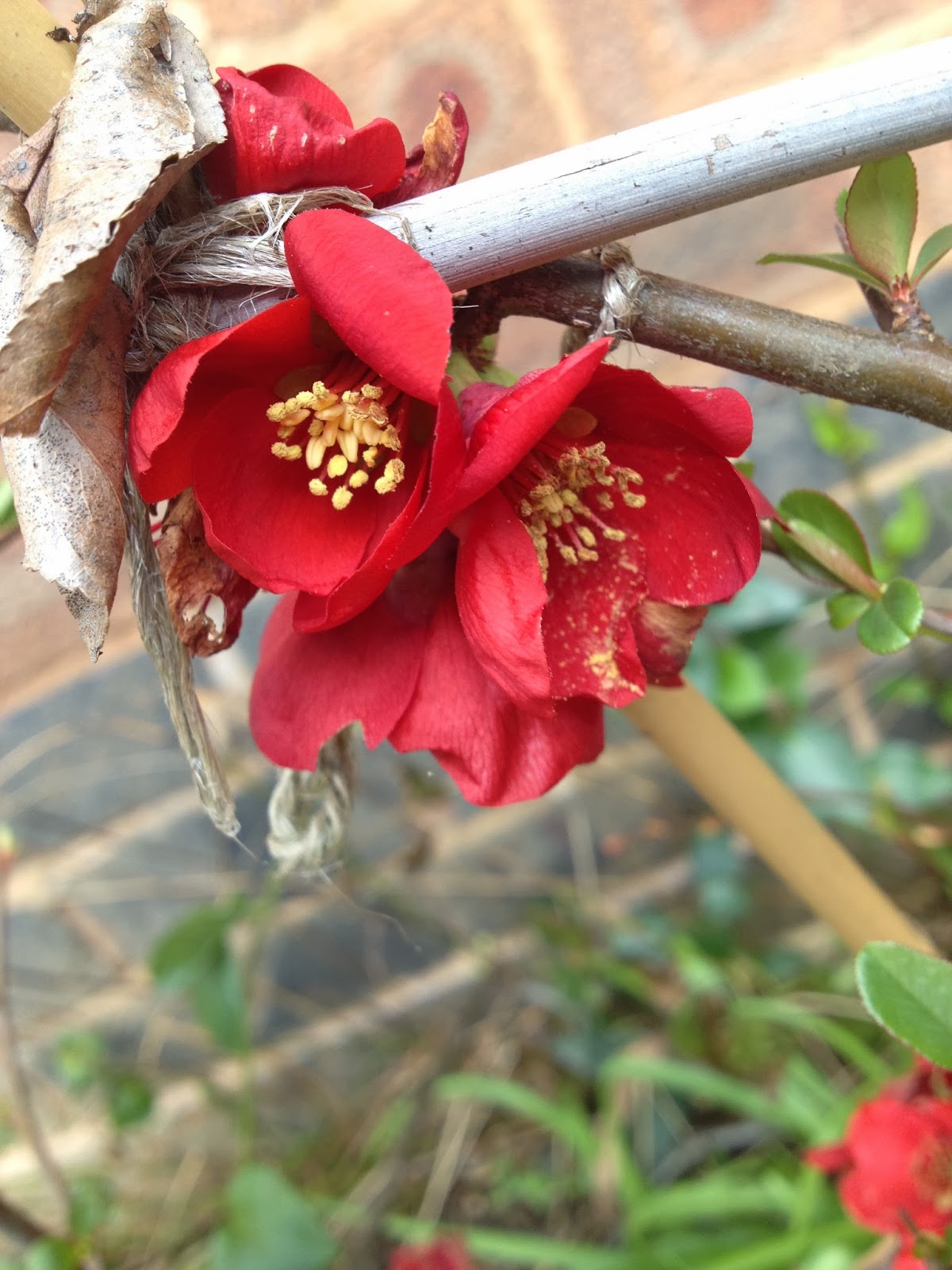 and they didn't really to begin with.  We had a couple of very dry years, I know that seems hard to believe now, but 2011 in particular was incredibly dry and the quince were not very happy about it.  One decided it would just die so I replaced it.  The others decided to sulk, they sort of grew but nothing special.  They remained looking like twigs.

Of course now we have had a couple of very wet years, which has caused some issues but one good thing is that the quince responded to it very well and started putting on quite a bit of growth.  I built a rough frame to help support them whilst they bush up and they are now doing quite well.  They look like more flowery twigs at any rate. 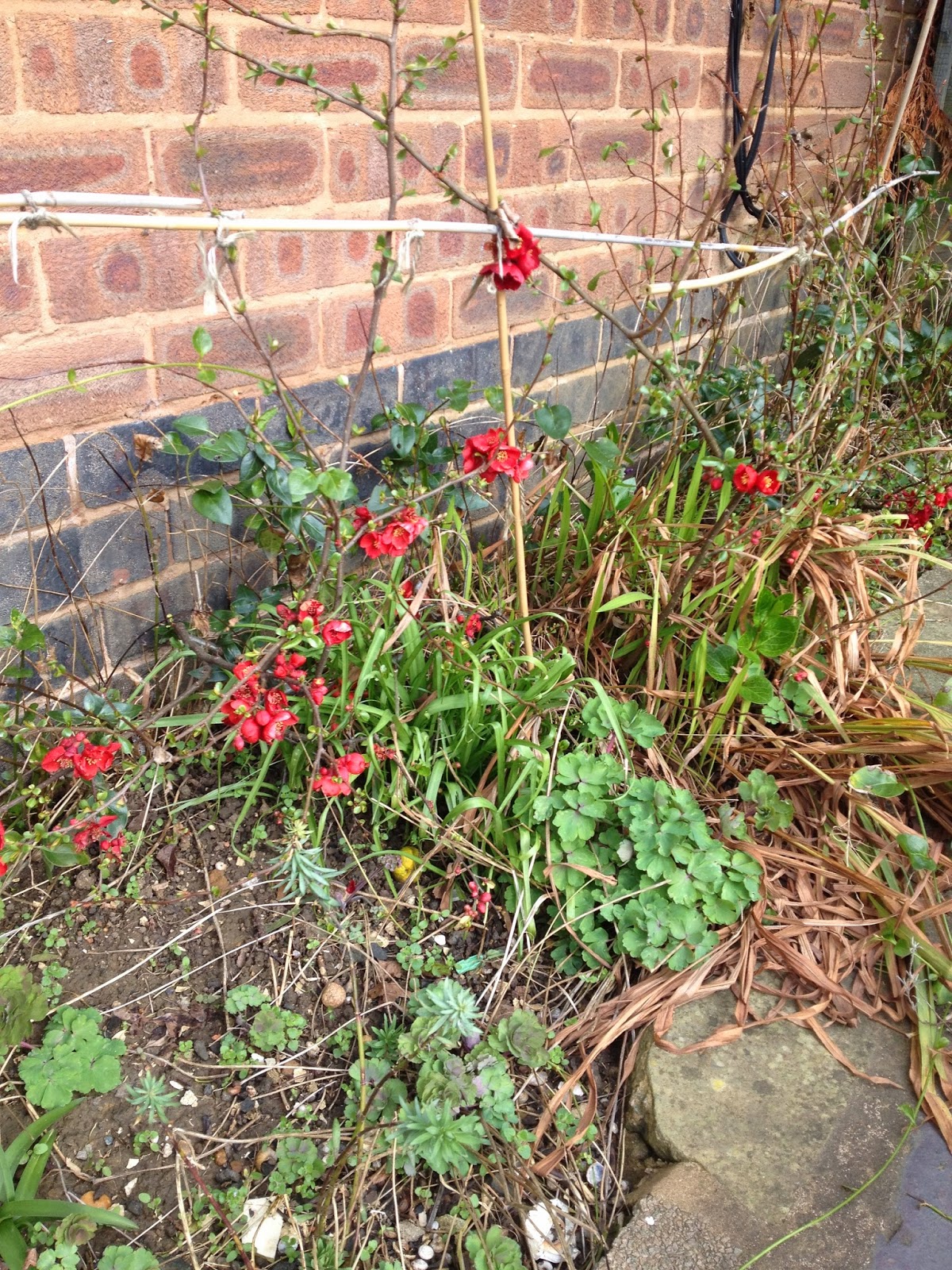 The other part of the 2011 post was my musings on whether to create a second pond or not.  Well I decided not, the Bog Garden was re-established and the Woodland Border was put in behind it.  It has now been further developed to include the Heather Spur.  I have not really considered another place for a second pond, I think that moment has passed. 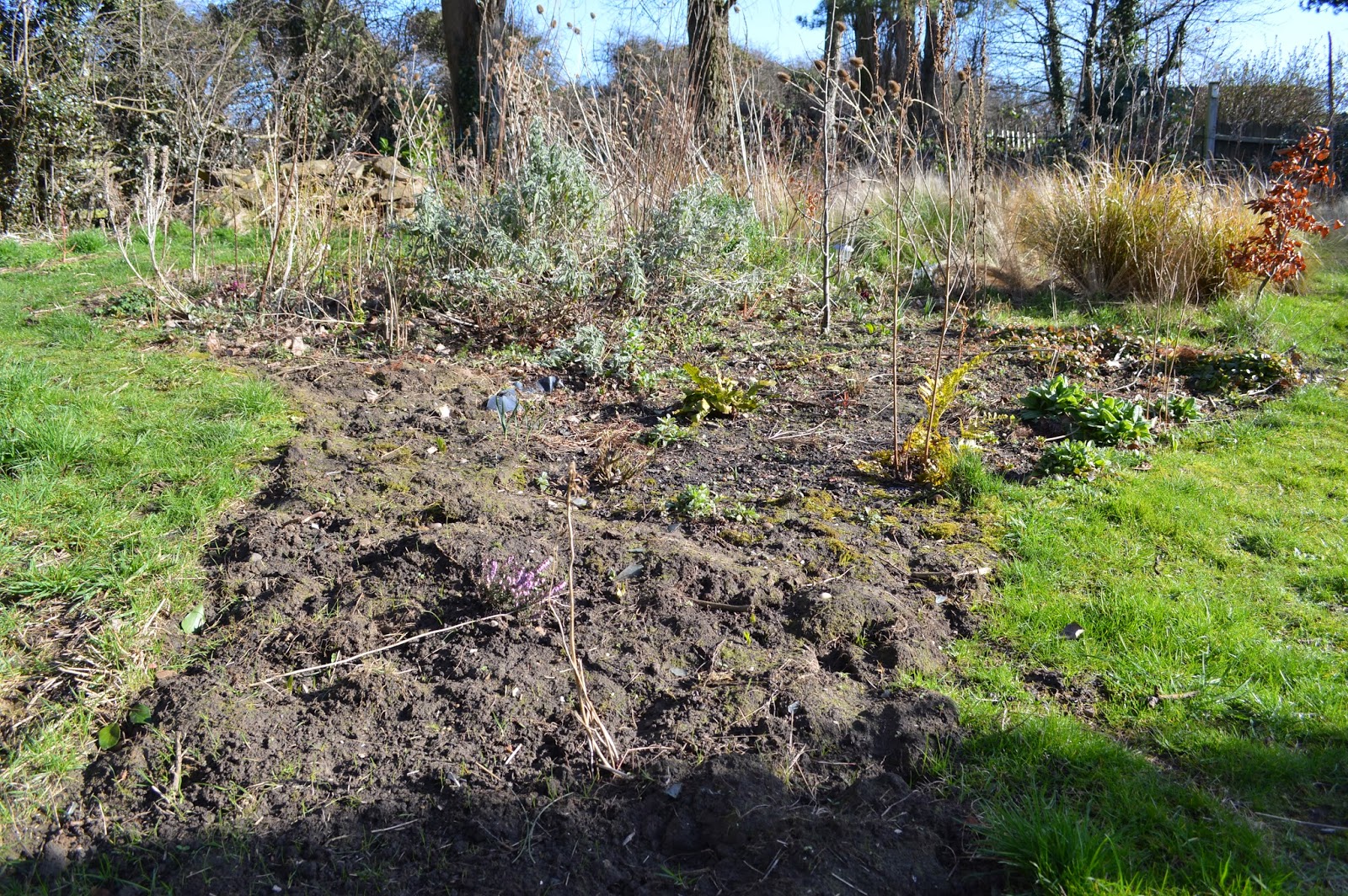