March 09, 2014
There are some plants that I really want to grow, but no matter what I do they do not survive.  I have my 'three tries and you're out' rule and this saves me quite a bit of money as I have to realise sometimes some plants are just not meant to be.  Usually, after a while, the penny drops as to why a plant is not thriving, it is generally for the same reason: I have planted it in the wrong place.  I am lucky in many ways that the soil structure differs quite a bit in different parts of the garden so to some extent as long as I replant elsewhere I stand a chance that this time it might live.

One plant I just cannot get to establish is the winter aconite, the eranthis.  I have sown the little bulblets several times, sometimes quite a few of them.  Occasionally the odd flower will emerge and I will get all excited and think I am on my way to having swathes of them, only for them never to appear again.  So I had to give this some thought.  I knew I was putting them in the shady, moisture rich soil that they like, so why was I failing?

I decided to have another go, I was buying some snowdrops and wild garlic 'in the green' and the same nursery was also selling eranthis in the green so it seemed like the last chance saloon had been found for these plants.  I bought 50 and waited for them to be delivered.  I had only bought the dry bulbs before so maybe 'in the green' would be the solution?  After a short while another thought struck me, my soil is quite acid in the back garden, camellias, rhodendrons, hamamelis all thrive rather well and this makes me happy.  Maybe, just maybe, eranthis are different, maybe they prefer more alkaline soil?  A quick conversation on twitter and this was confirmed, they are not keen on acid. 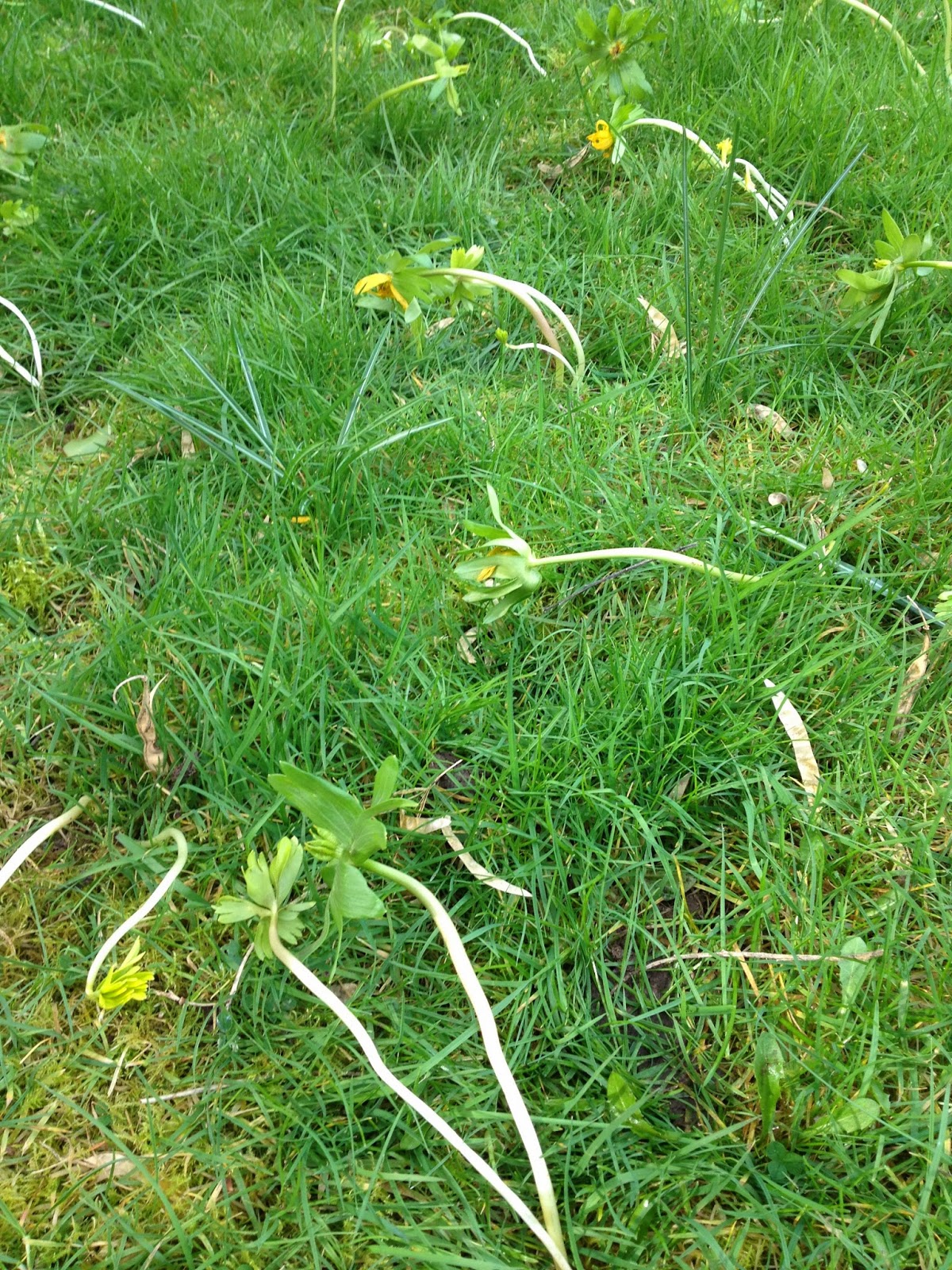 and the day after the 50 eranthis arrived.  So what was I to do?  Why did I buy them and check after, how stupid is that?  Then I made a cunning plan, I suddenly thought what I could do that might just might let them thrive. 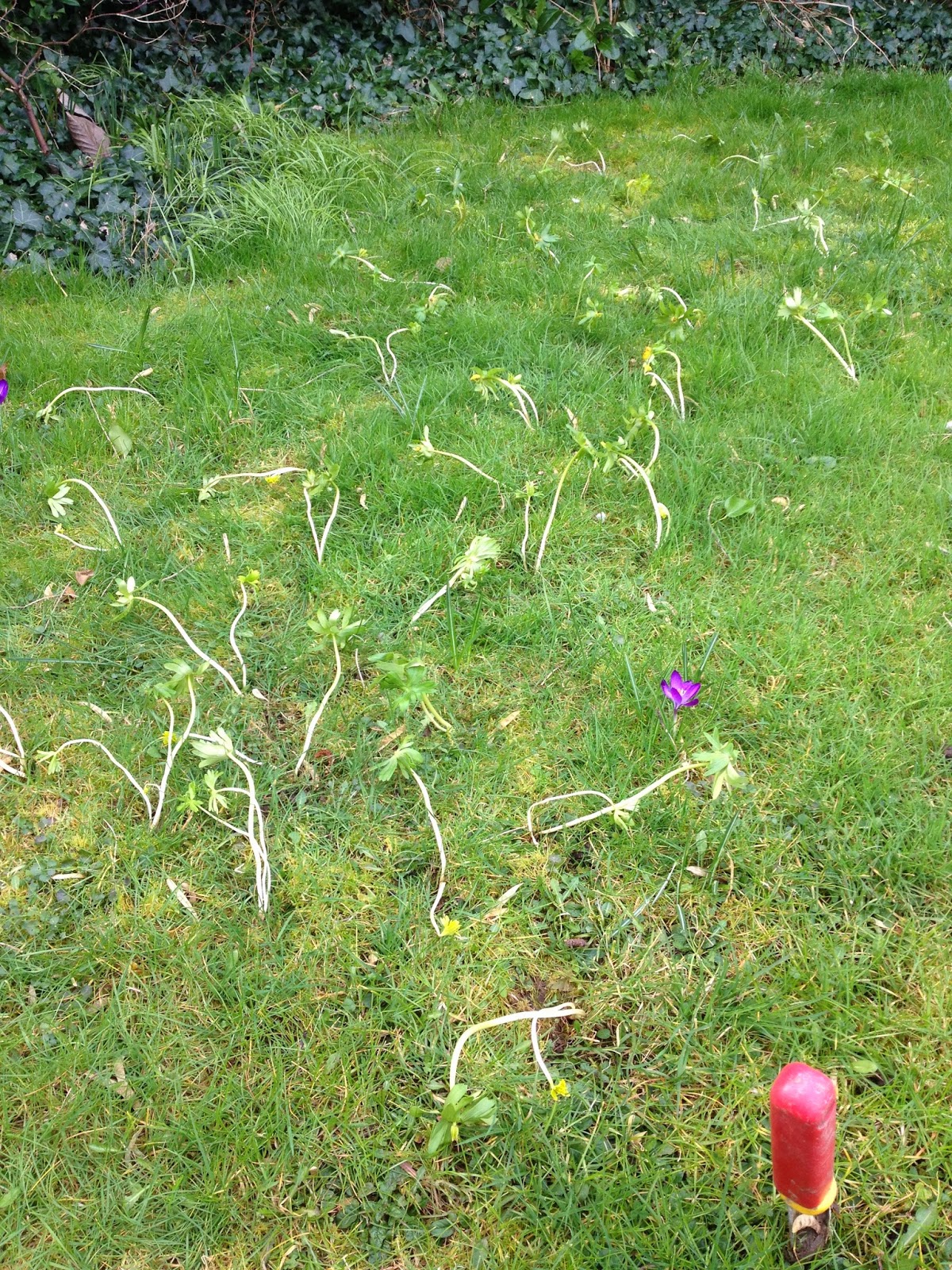 As said above, the garden has quite different conditions in different areas.  I had recently moved the third hamamelis from over there to over here in the garden as it was not thriving where it was, but I thought if I moved it to the main back garden where I knew the soil was more acid it might be happier.  So would the reverse be true for the eranthis?  There was no point in just bunging them in the back garden again, they would just die, so I decided to plant them in the side lawn in the front garden.  The now renamed Aconite Lawn. 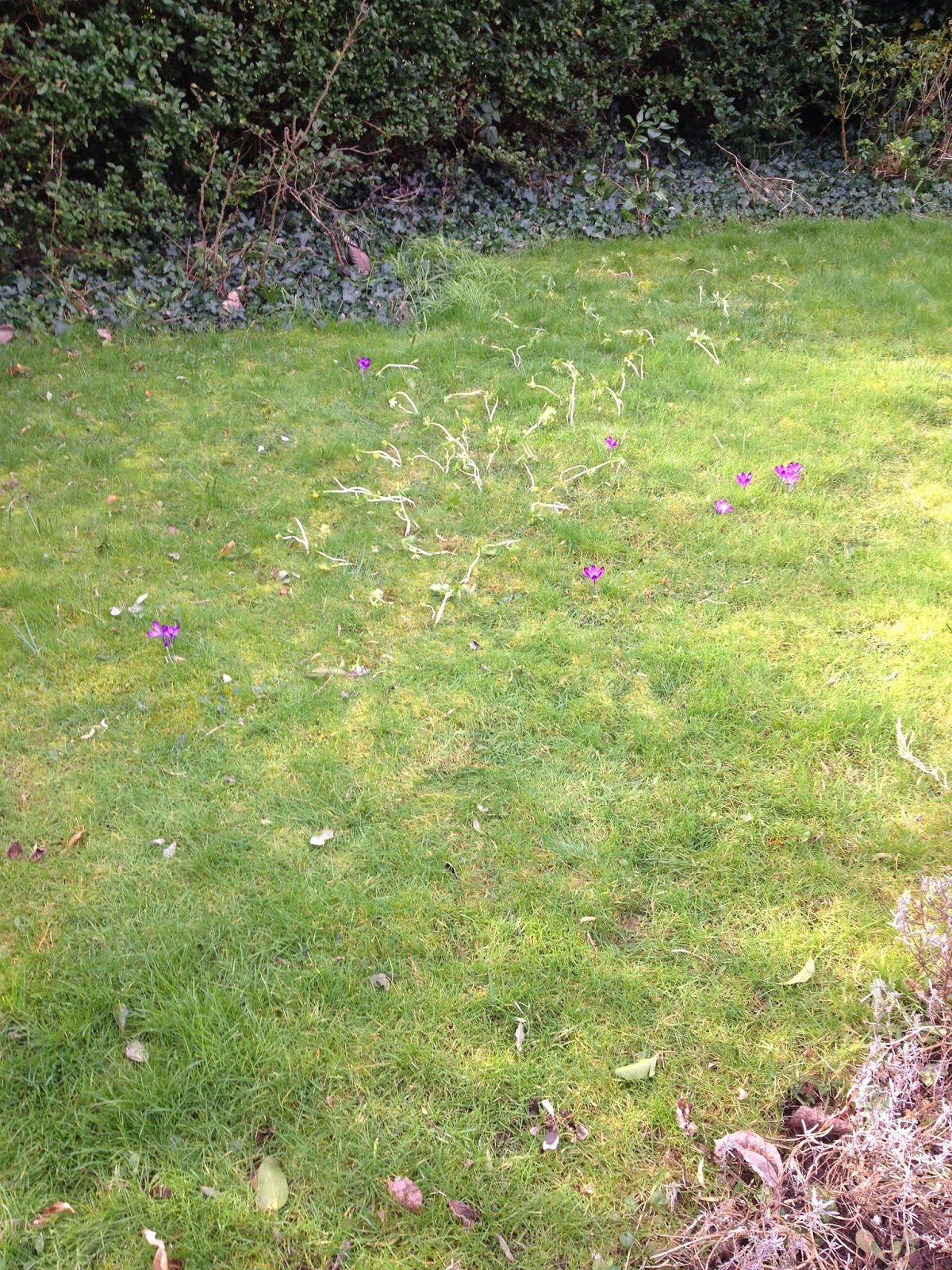 I planted them through the lawn, that is already home to various crocii that are just finishing flowering.  I made them into a ribbon type pattern as I thought it would look quite nice.  In they went, they now look like someone has planted something half dead in the lawn, but next year, next year it will look fantastic. 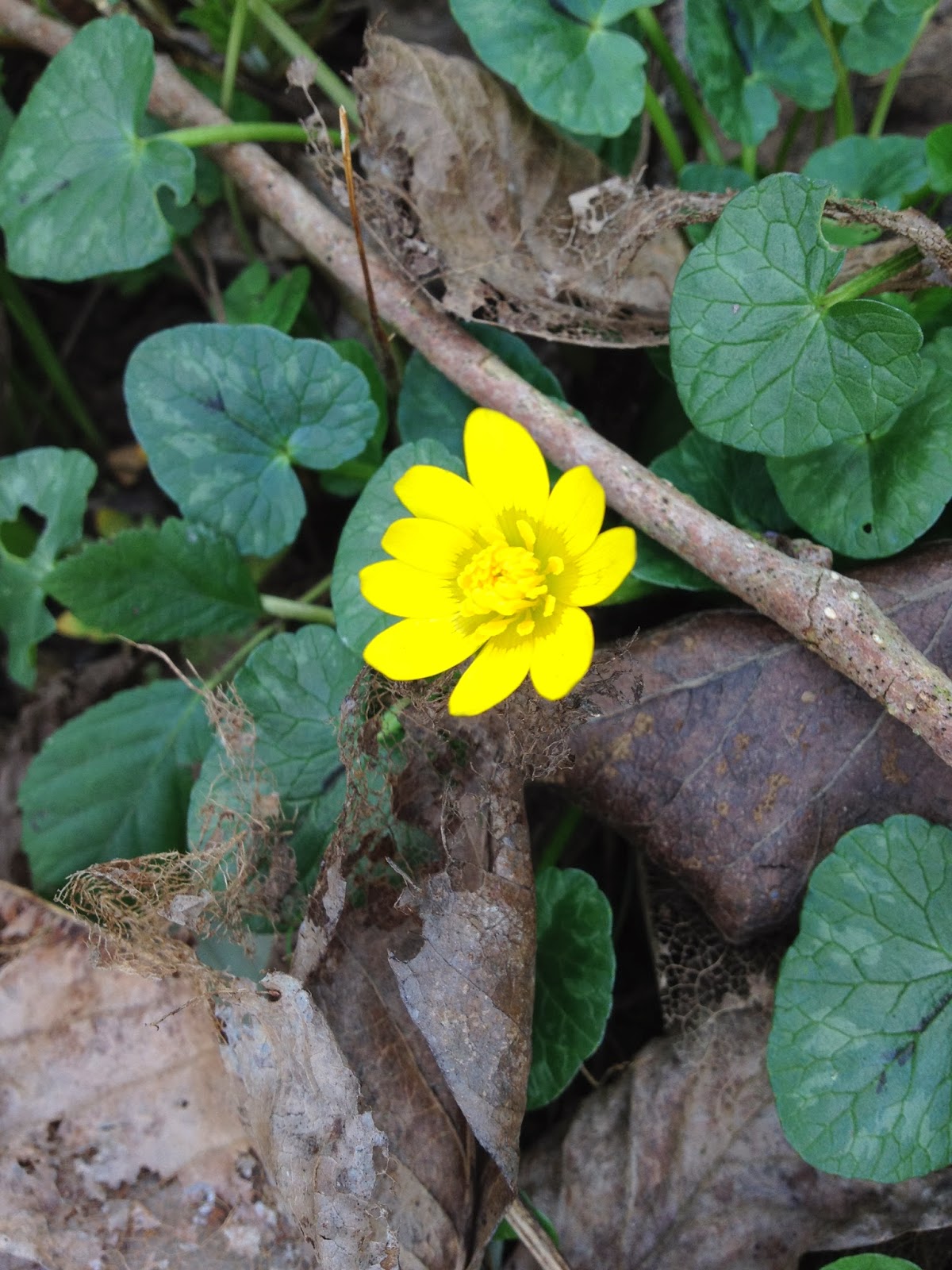 either way the celandines will continue to pretend to be eranthis just in case.