Episode 1 - a meeting with trees

March 27, 2014
It was a sunny, rainy, haily, cold sort of day so it seemed a good idea to go and visit Hammond Arboretum in Market Harborough.  I have never visited this place before but had seen it in the Yellow Book and it looked interesting and thankfully not too far away either.  So, trusty side-kick was recruited to come along and off we went in search of trees and cake. 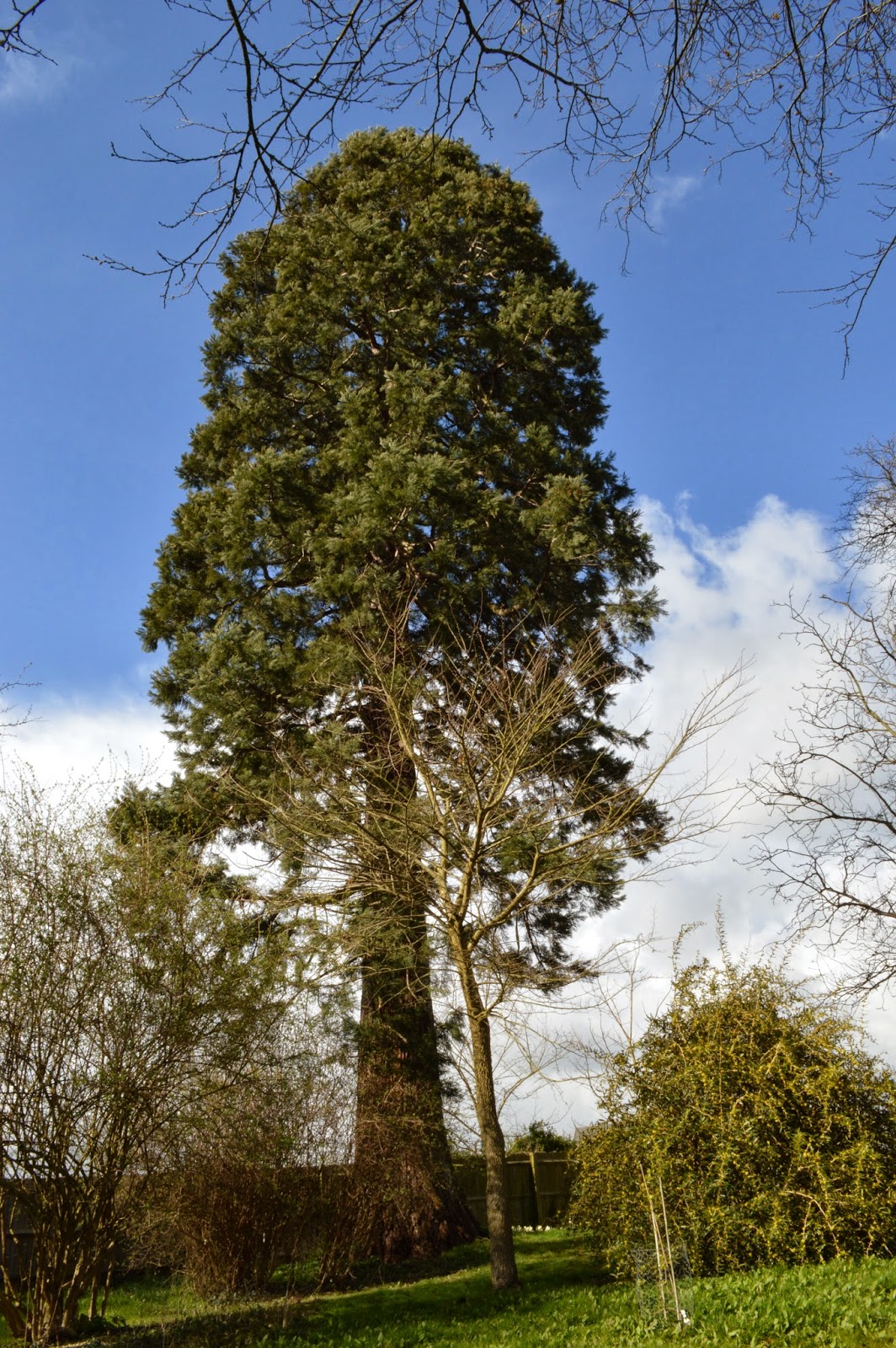 The arboretum was planted by Francis Hammond, headmaster at Market Harborough County Grammar School from 1909 until 1923, when he moved to live close by until he died in 1937.  He liked a good tree clearly and planted some rare specimens, many of which still survive.  The arboretum is not huge, but it is a nice spot, sandwiched now between the School and the housing that has grown up around its boundaries. 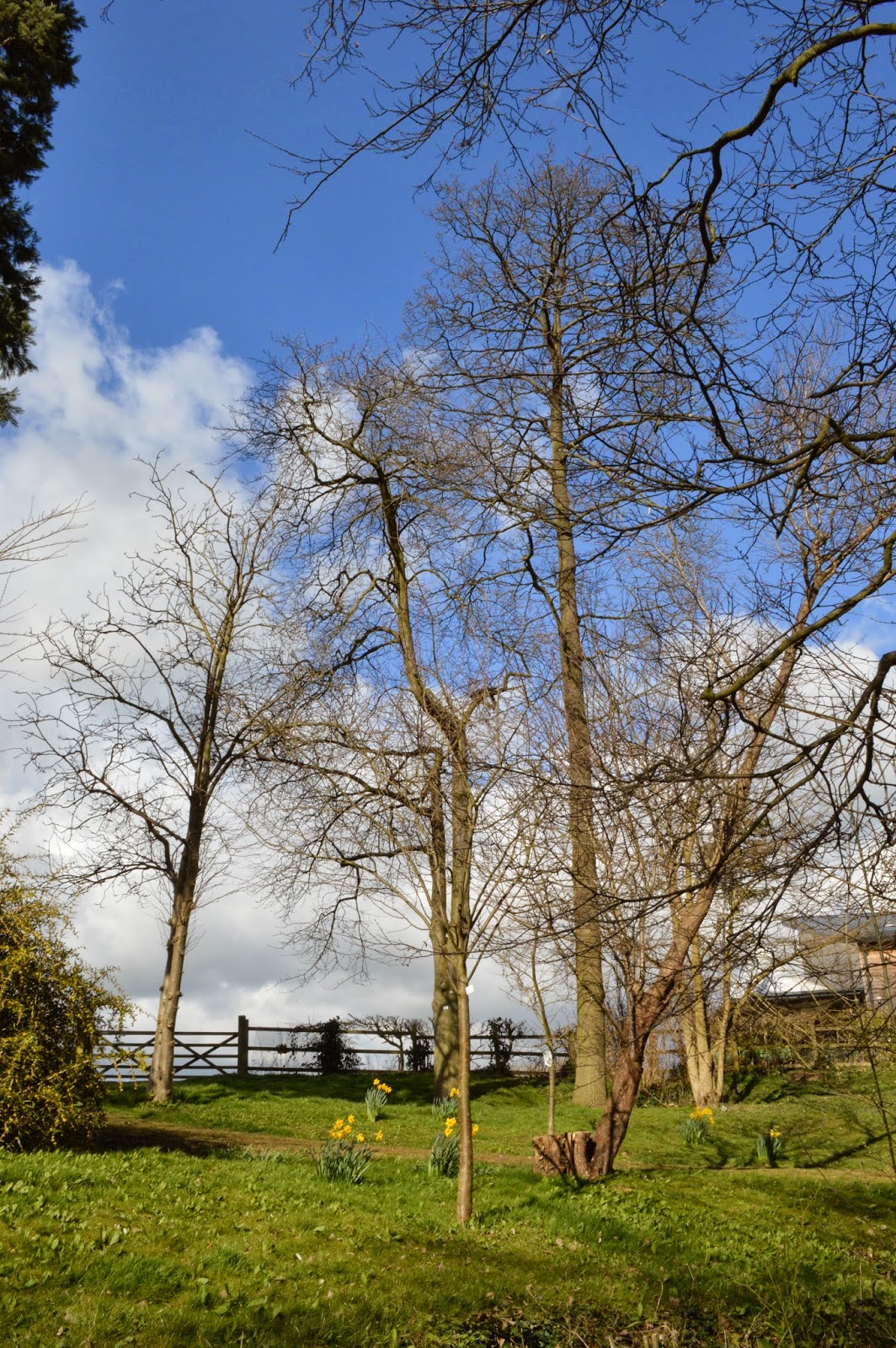 The trees are all beautifully labelled.  It is not often that the words 'beautiful' and 'label' go together in the context of garden-labelling, but these were worthy of note.  Not too large, beautifully scripted and giving just the information required.  We liked. 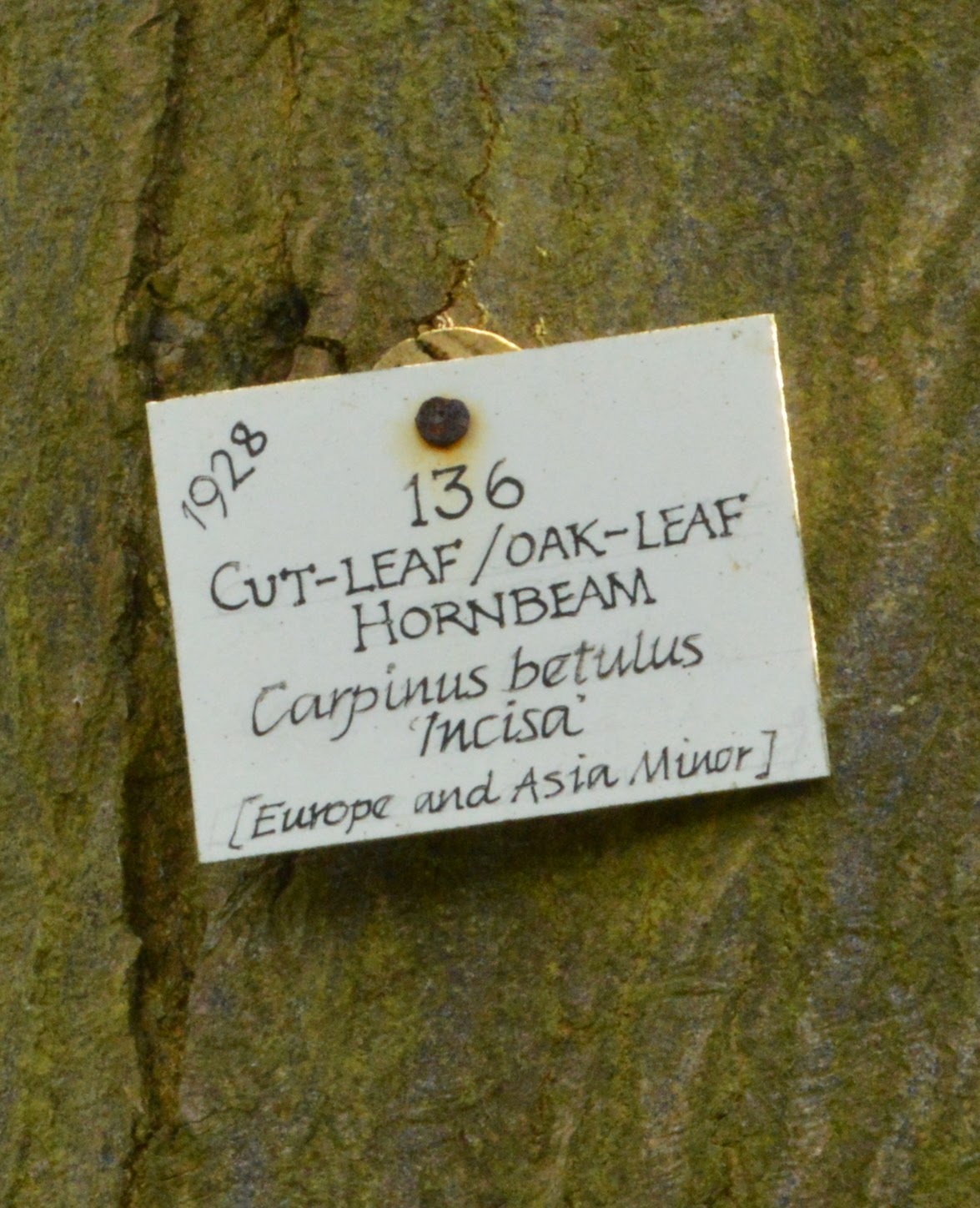 You will note how blue the sky is in the top couple of photographs.  Well then it suddenly hailed, a lot. 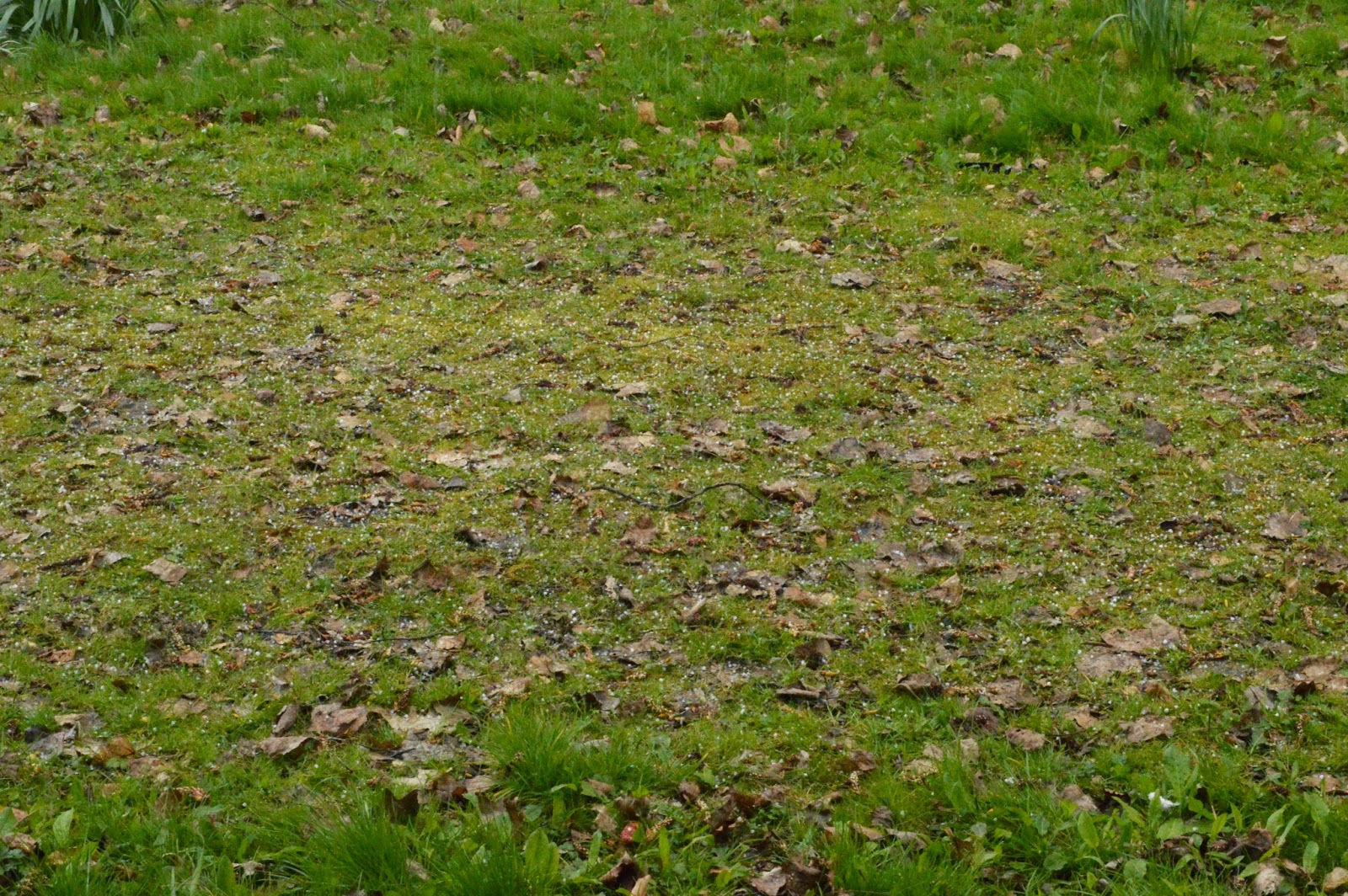 It was clear that the arboretum is a labour of love for the group who now look after it.  There was some pretty underplanting in some areas. 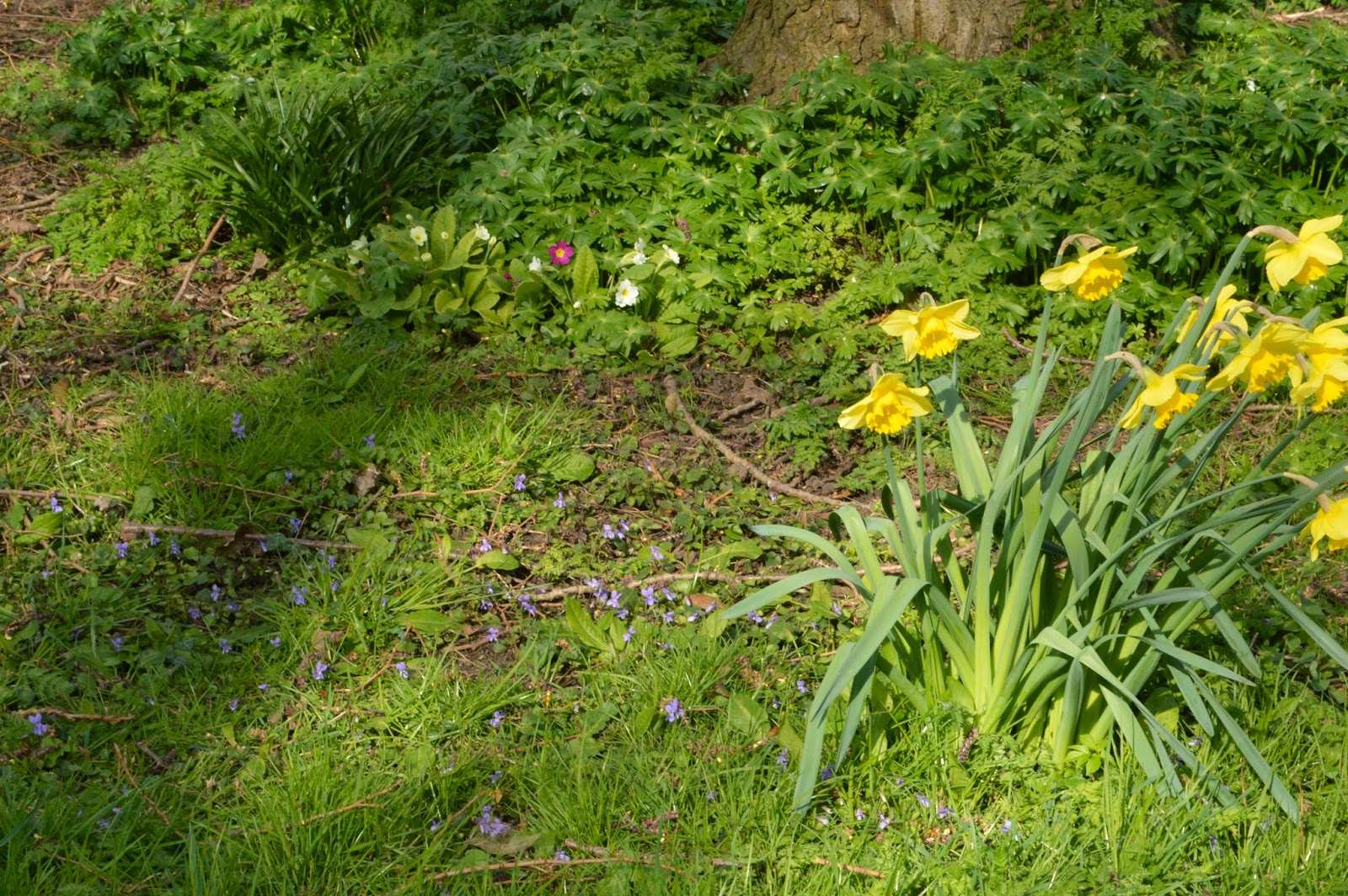 Many of the trees were really quite old, this Cornus Mas was flowering away but clearly had some age. 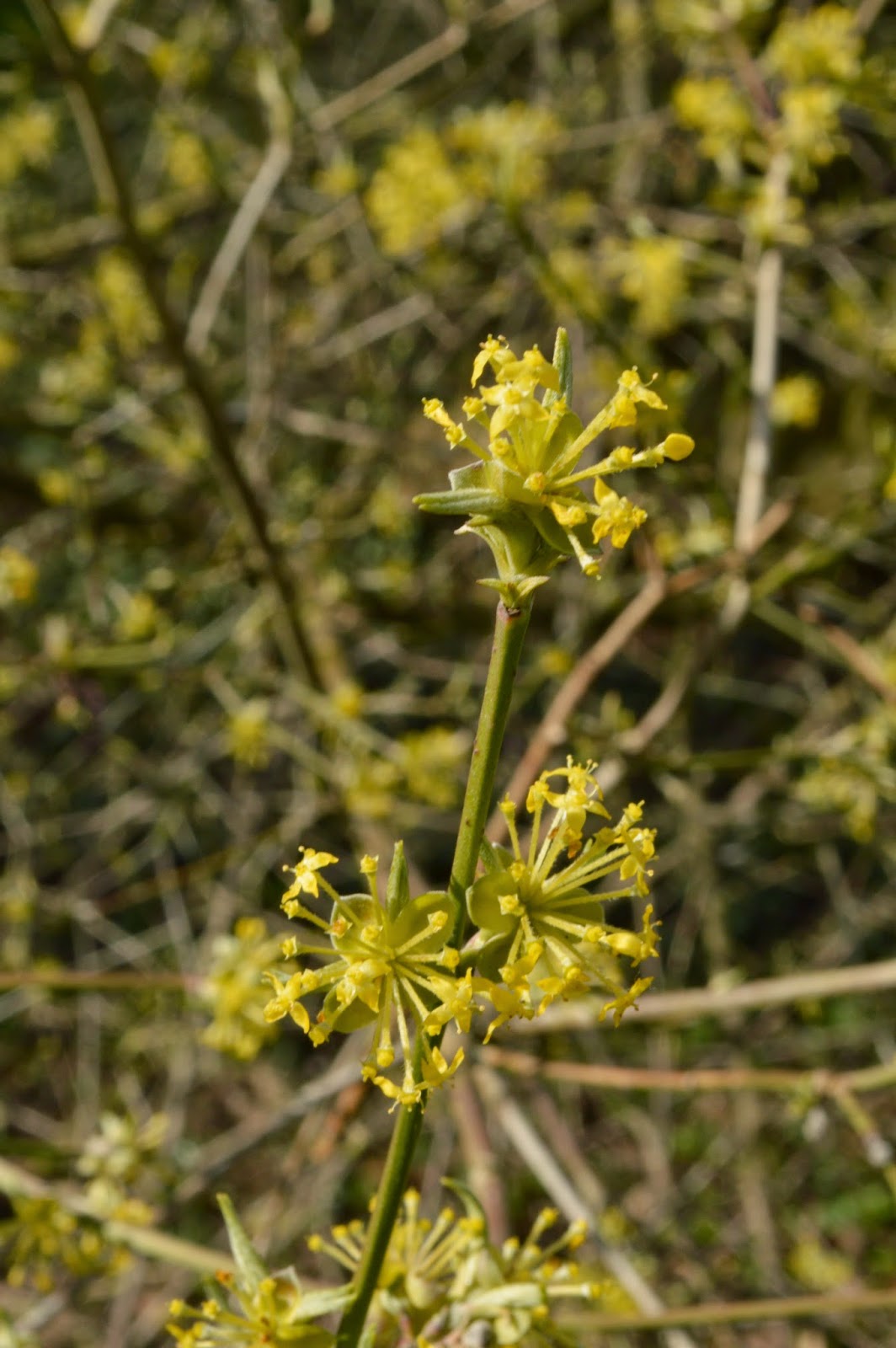 There were some rare Philadelphus, the base of this one looked weird. 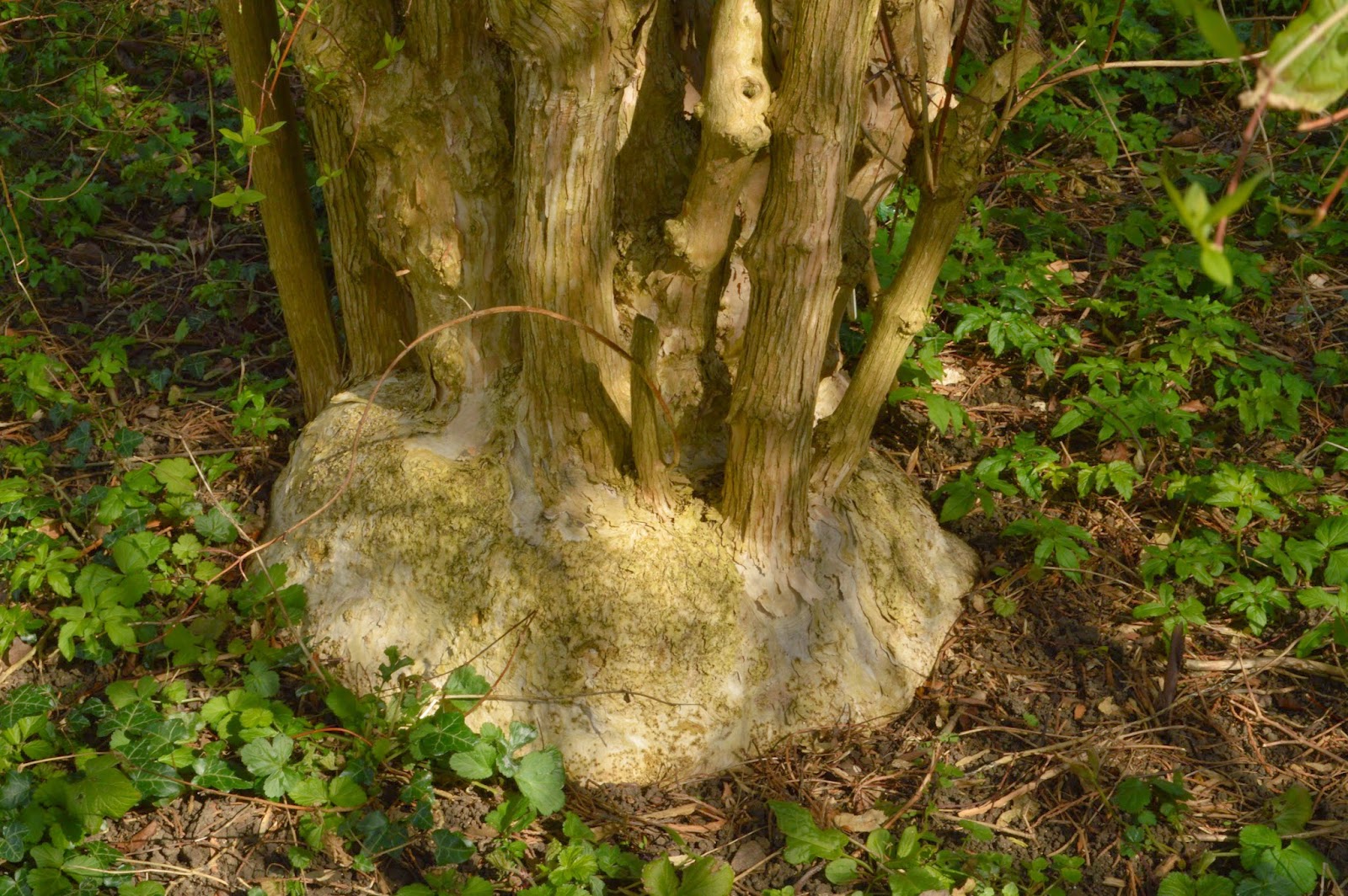 There was a 'True Service Tree', which made me think of it being a 'really useful engine' (I read the Rev Awdry's Railway series maybe too often to my children').  I had no idea what it meant really so had to google it when I got home, apparently the Sorbus domestica is quite a rare tree still.  Apparently the name has nothing to do with 'service' as we understand it, it is from the middle english 'serves' and relates to the latin name 'sorbus'.  Quite frankly I found this disappointing. 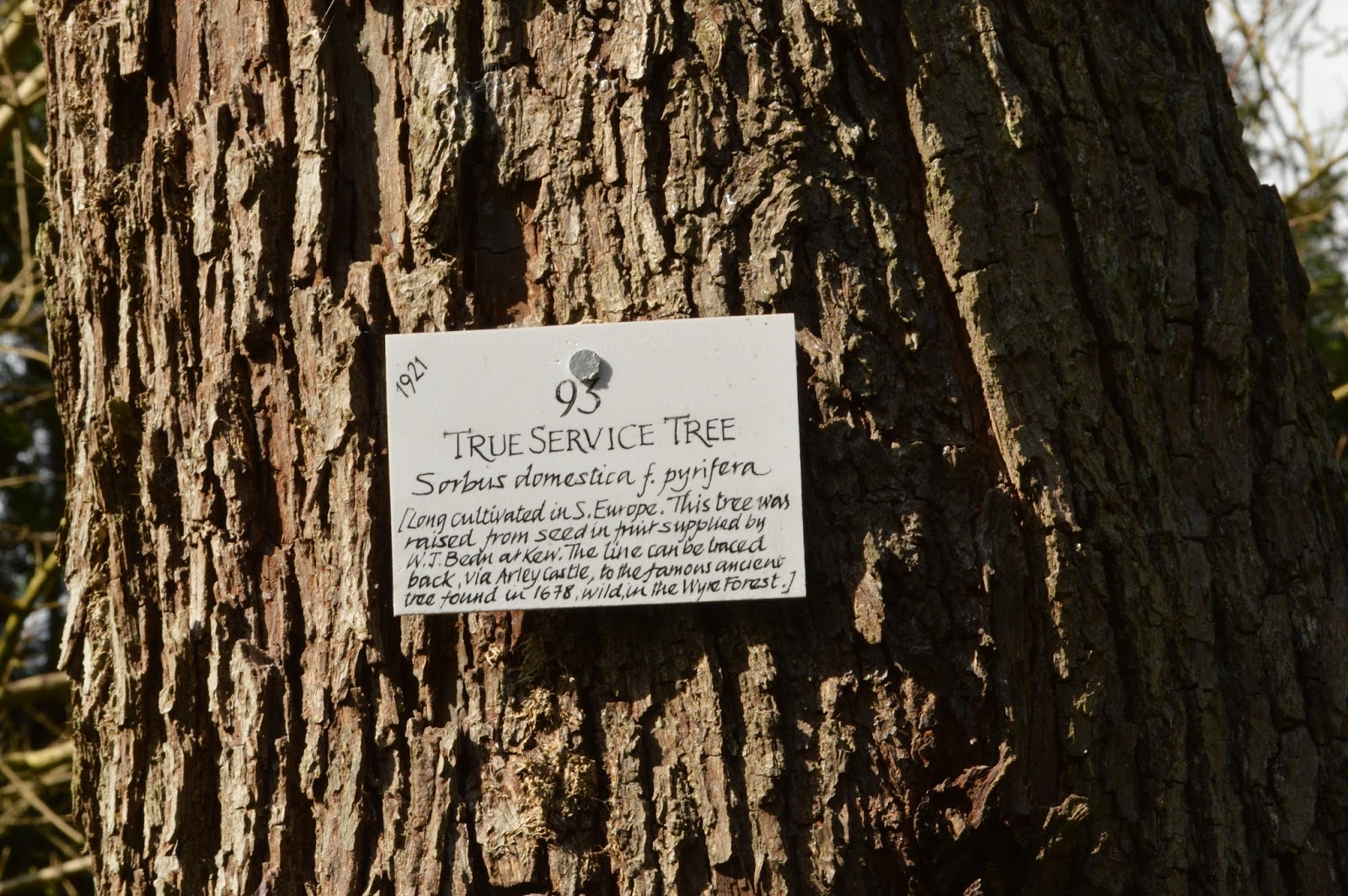 This Austrian Black Pine was enormous! 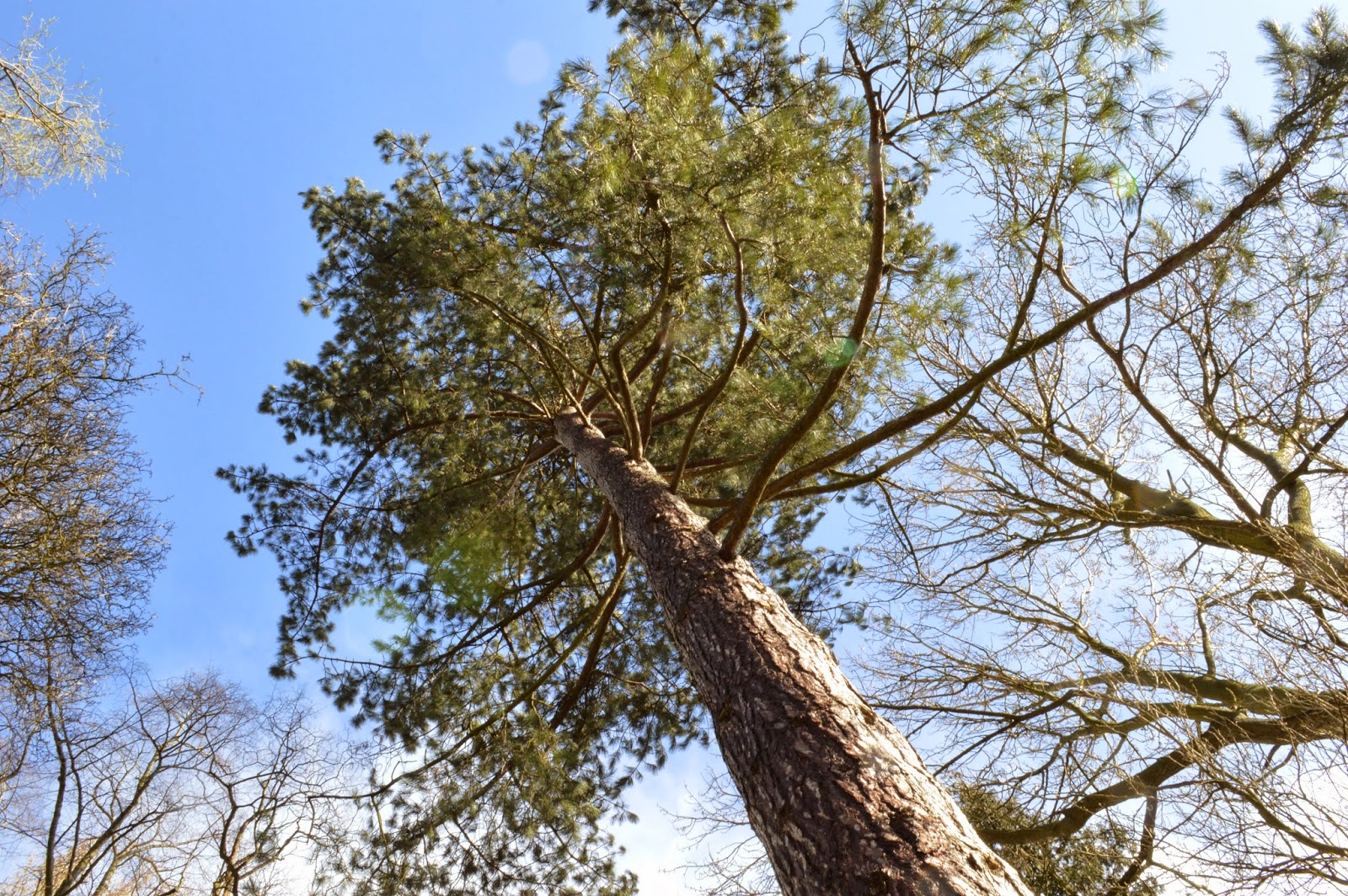 There was also new planting to be seen.  We were slightly bemused to see some small hamamelis penned in like this.  It could not have been to ward off rabbits, so we thought maybe it was art. 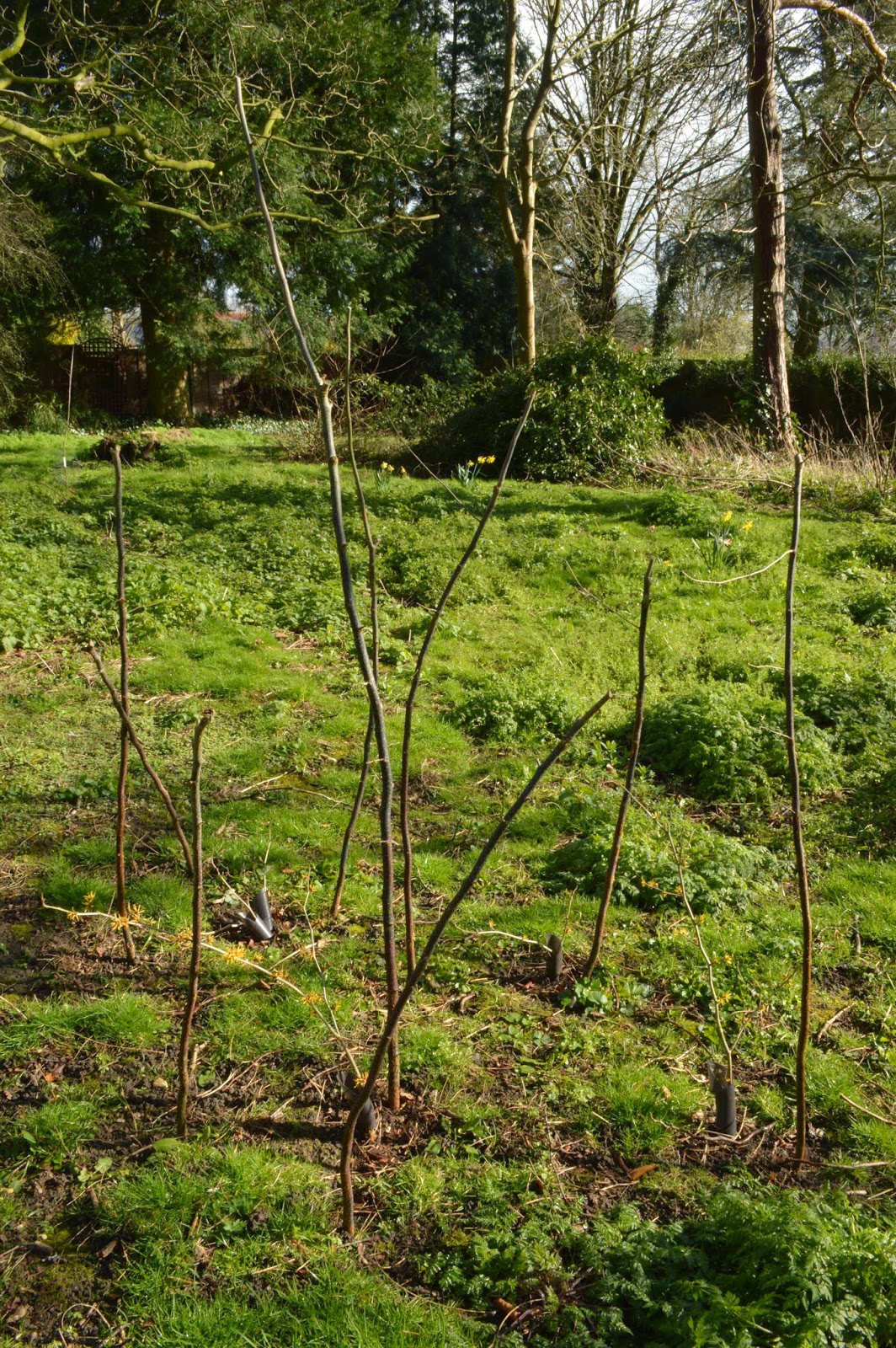