February 06, 2014
To say I have a love-hate relationship is an accurate description as there is little I like better on a cold but bright winter day than to get outside and get on with some weeding.  I can let my mind drift, I can think through various things that might need thinking through, and I can get up close to the soil and see what is emerging and going on.  I don't listen to the radio or fruit-based mp3 player, I just listen to the garden which sounds mainly of bird song, swearing footballers in the field over the back and the constant hum of the ring road and nearby motorway - sheer peace. 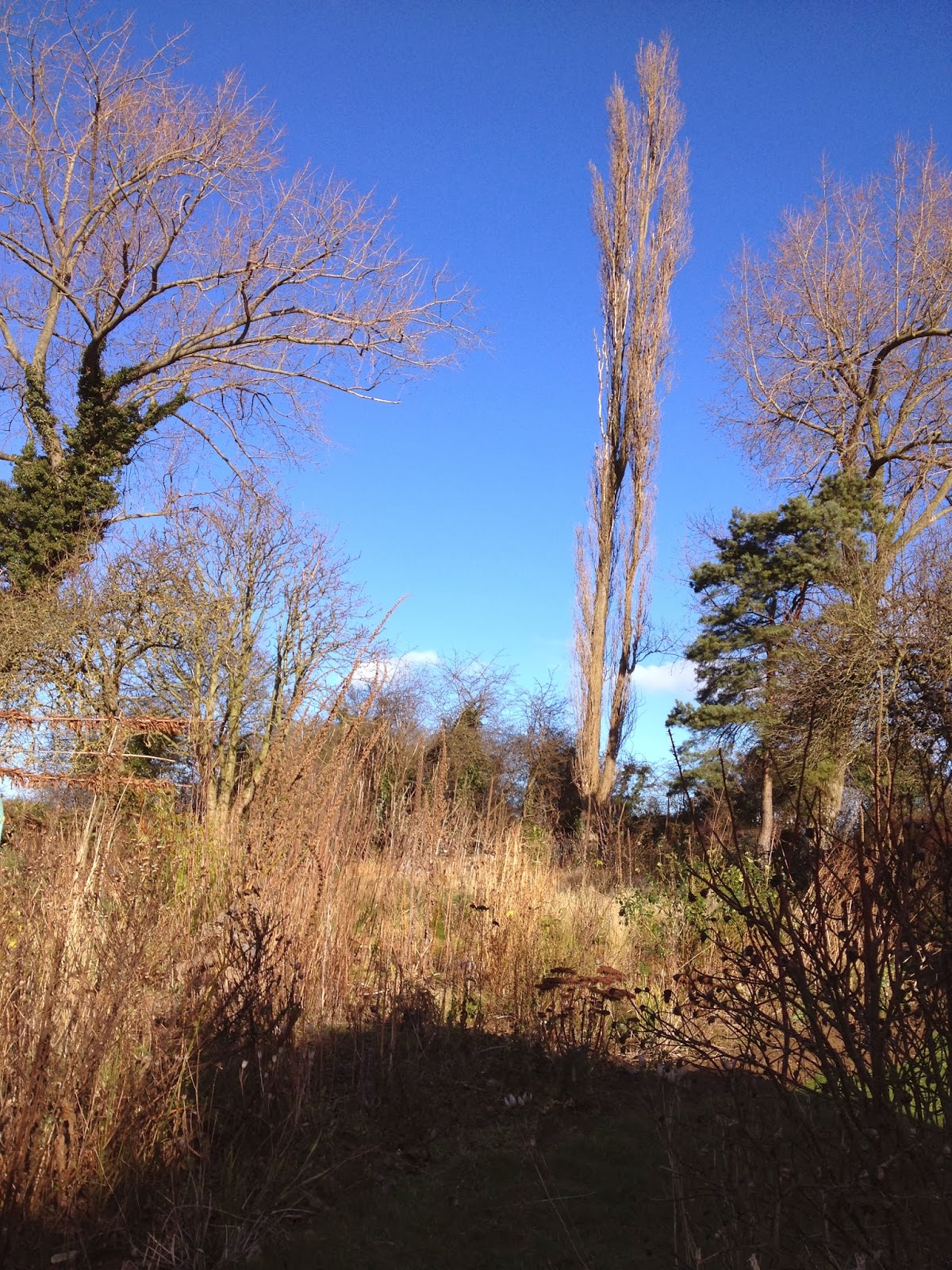 Yet all the time I am enjoying this time outside, I am quietly hating weeds, I am deploring their very existence, some more than others drive me to near distraction for their sheer abundance and joie de vivre. 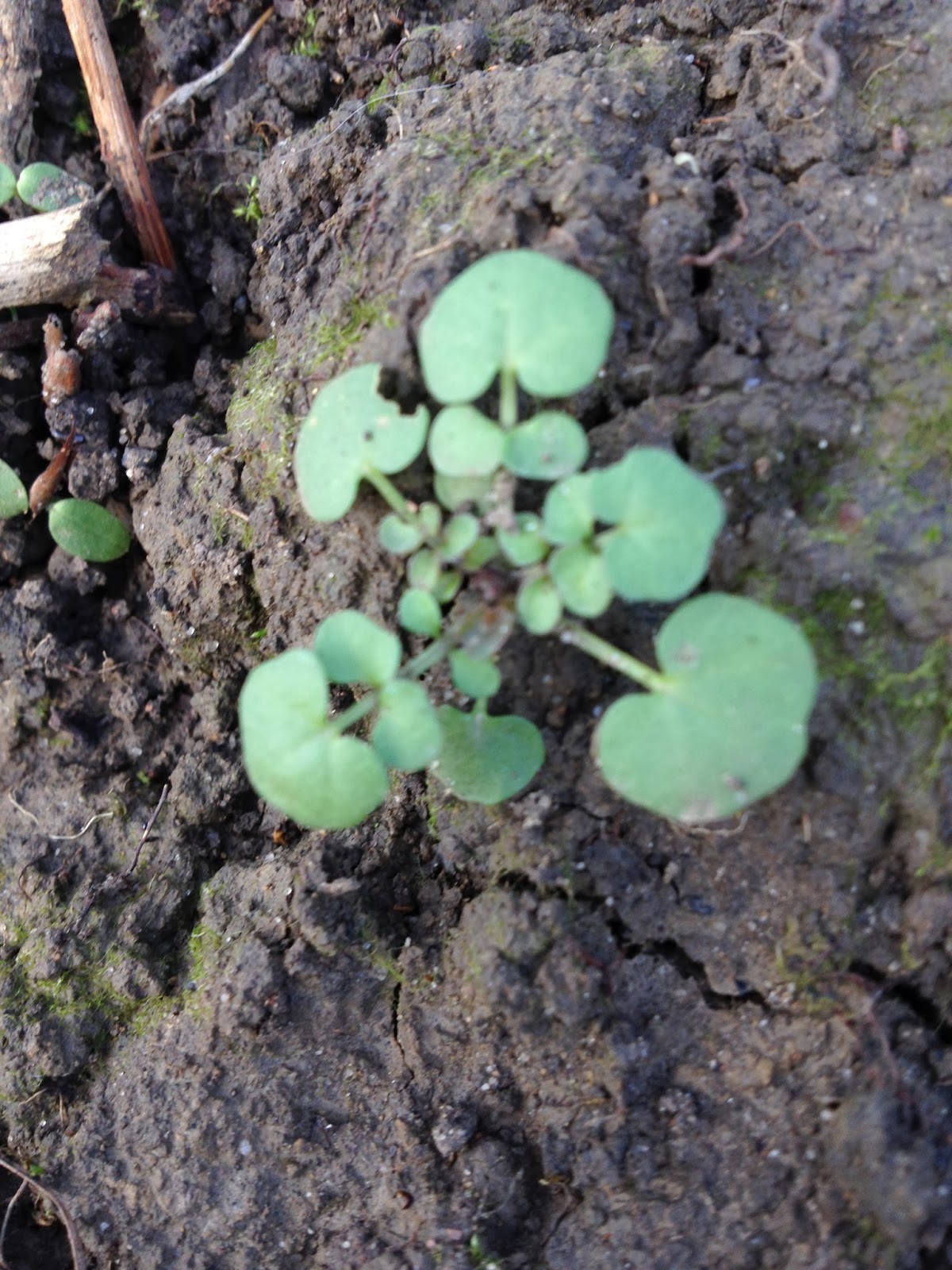 Some are distinctly perky, I swear that hairy bittercress talks like a wide-boy and has just escaped from the set of Eastenders.  There it is, ducking and diving, 'aving a larf', all at my expense.  Don't tell me it is the last habitat of some incredibly rare bit of wildlife, its flipping annoying and very persistent. 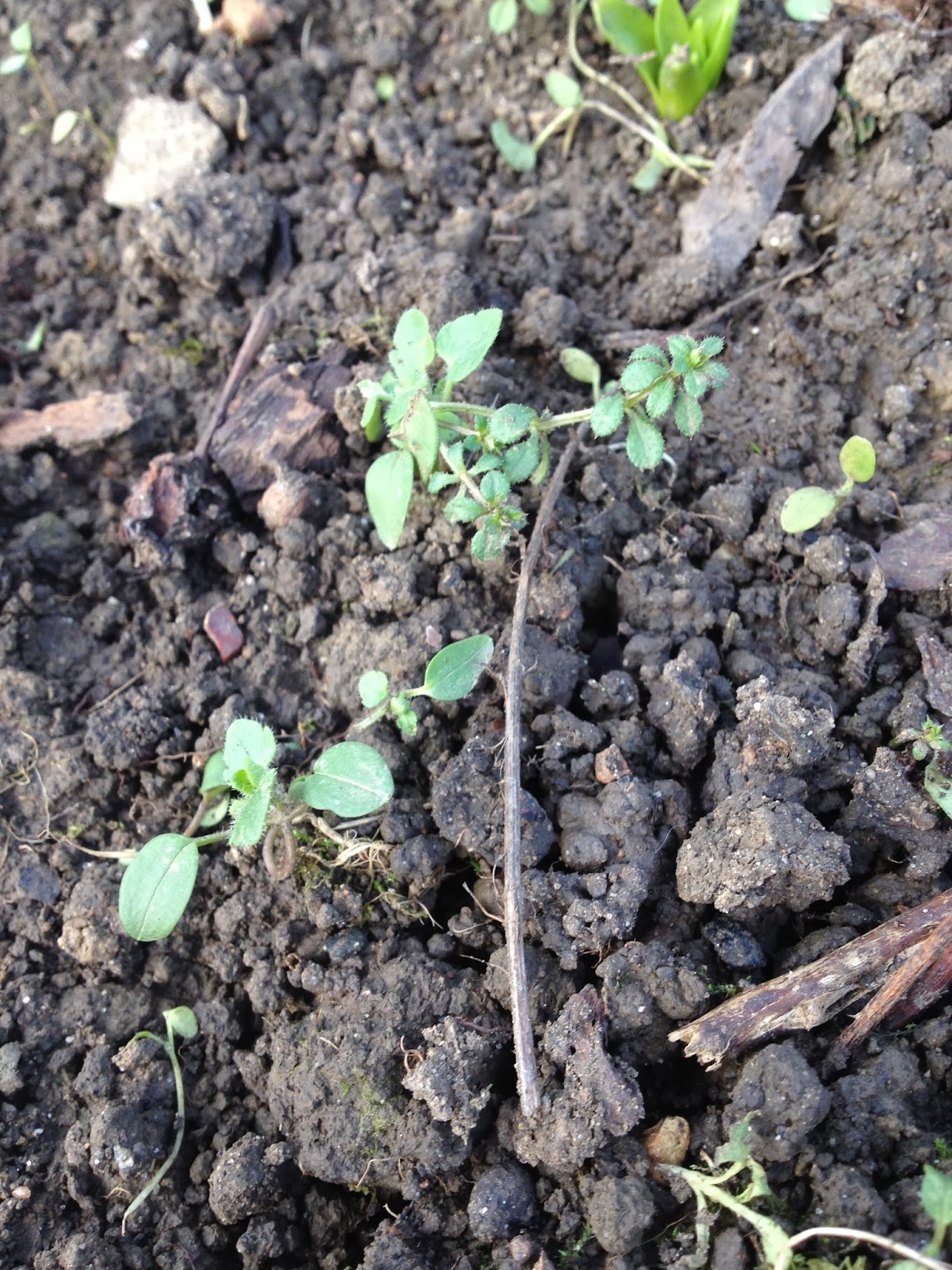 Is it the only miscreant in the garden?  Well no it has many irritating associates, such as speedwell.  I have lots of this, yes it is quite pretty but it is also a nuisance. 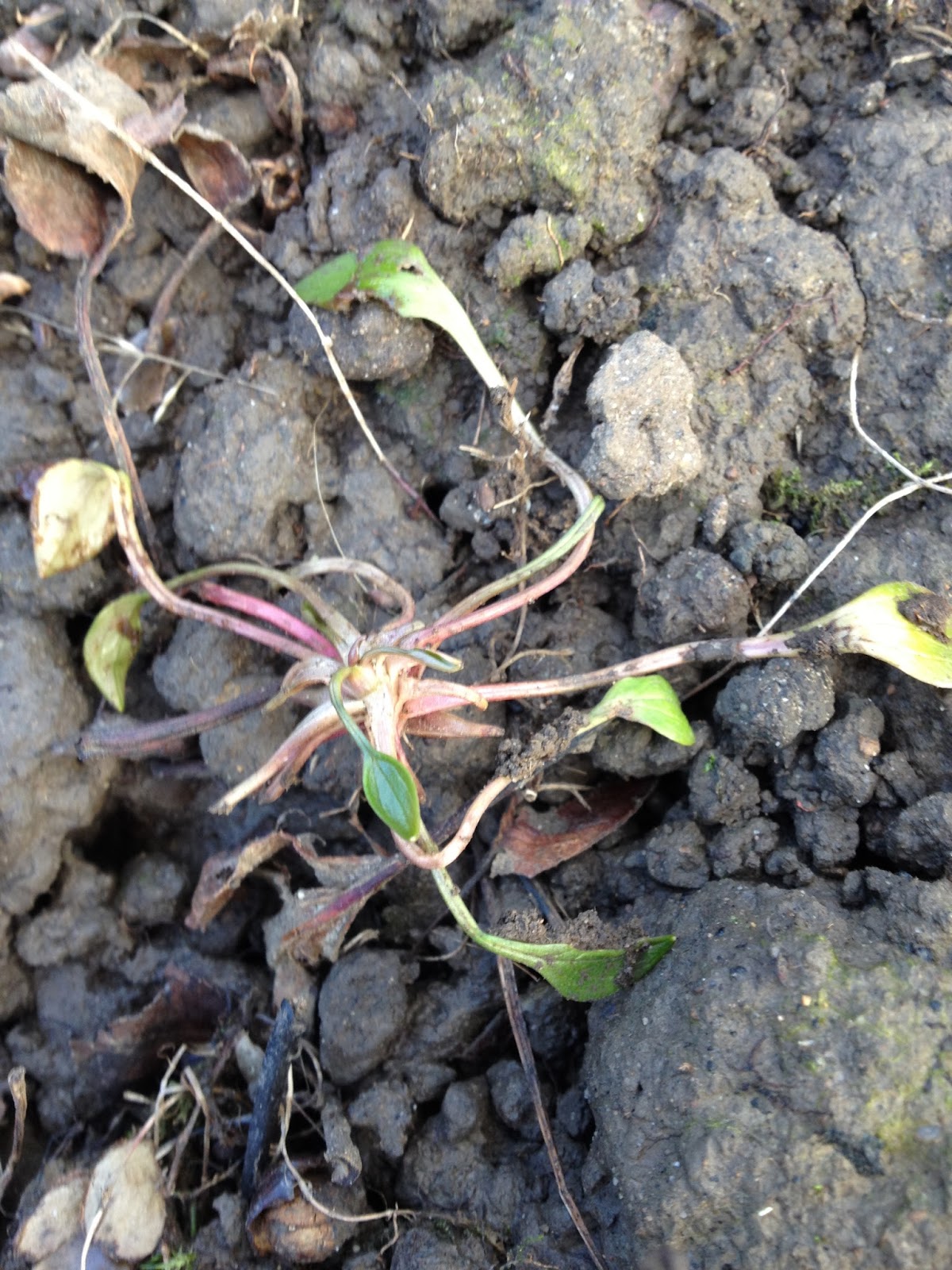 and this, I don't know what this is but it seeds everywhere.  It is such a thug!  It also reminds me of something that has escaped from one of the Matrix films, I can see it undulating up and down tunnels flicking its tendril leaves around wrapping things up and smothering them.  I might have an overactive imagination at times. 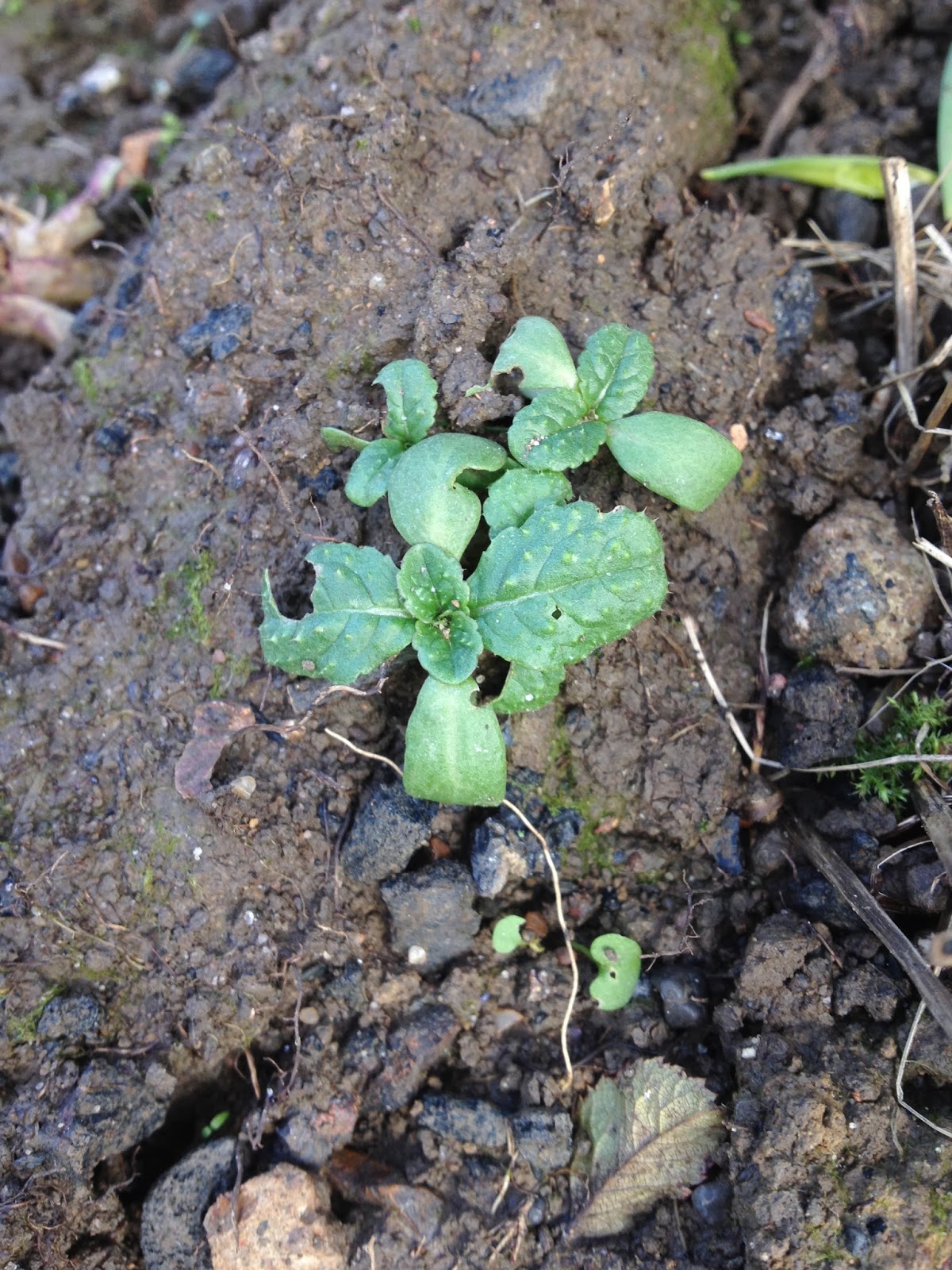 Some things I have to 'weed' are plants I have invited into my garden, yes the architypal 'rod for my own back'.  Teasels self-seed prolifically and I have to remove probably 98% of all seedlings, but I have the teasel-patch at the top of the garden and I let the odd one or three dot around in the borders. 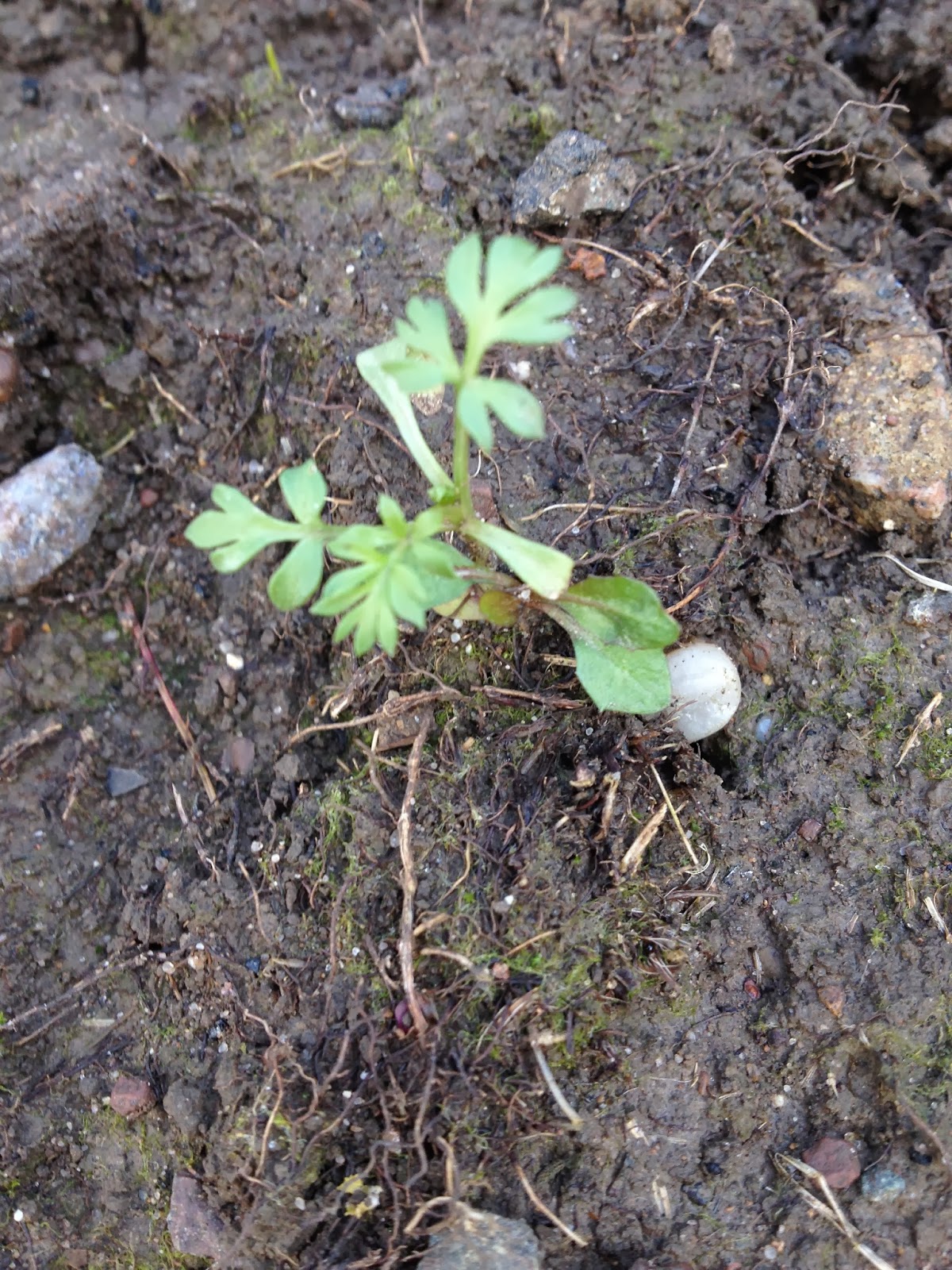 Nigella is also good at wandering around, this is not a problem.  I remove it by the handful as there is always plenty more where that came from. 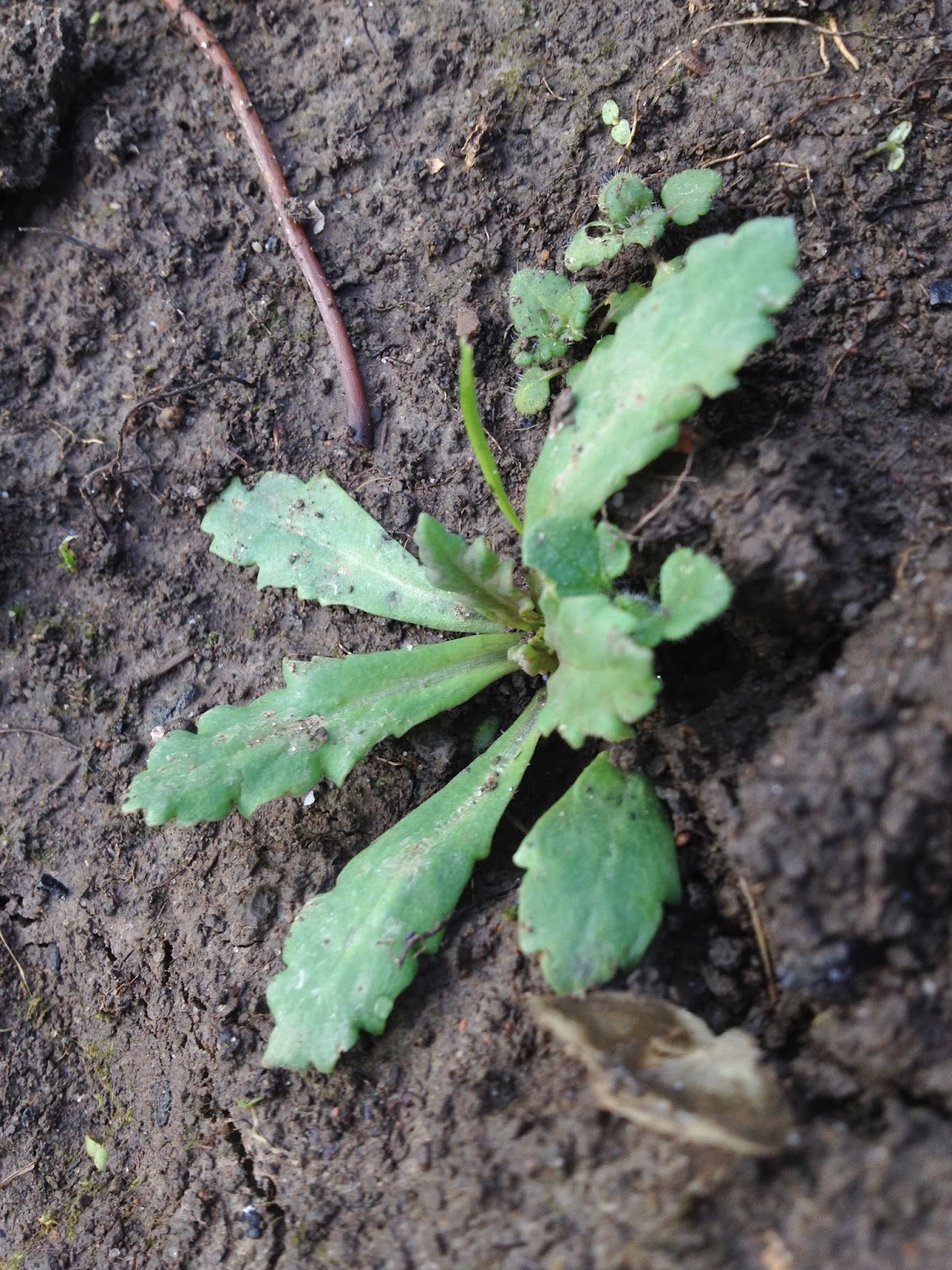 and poppies, there are always poppies.  Each year I get a new crop of annual poppies and I look forward to what colours and forms they will be.  I do weed a lot out but they also seed themselves in great combinations so many are left to their own devices. 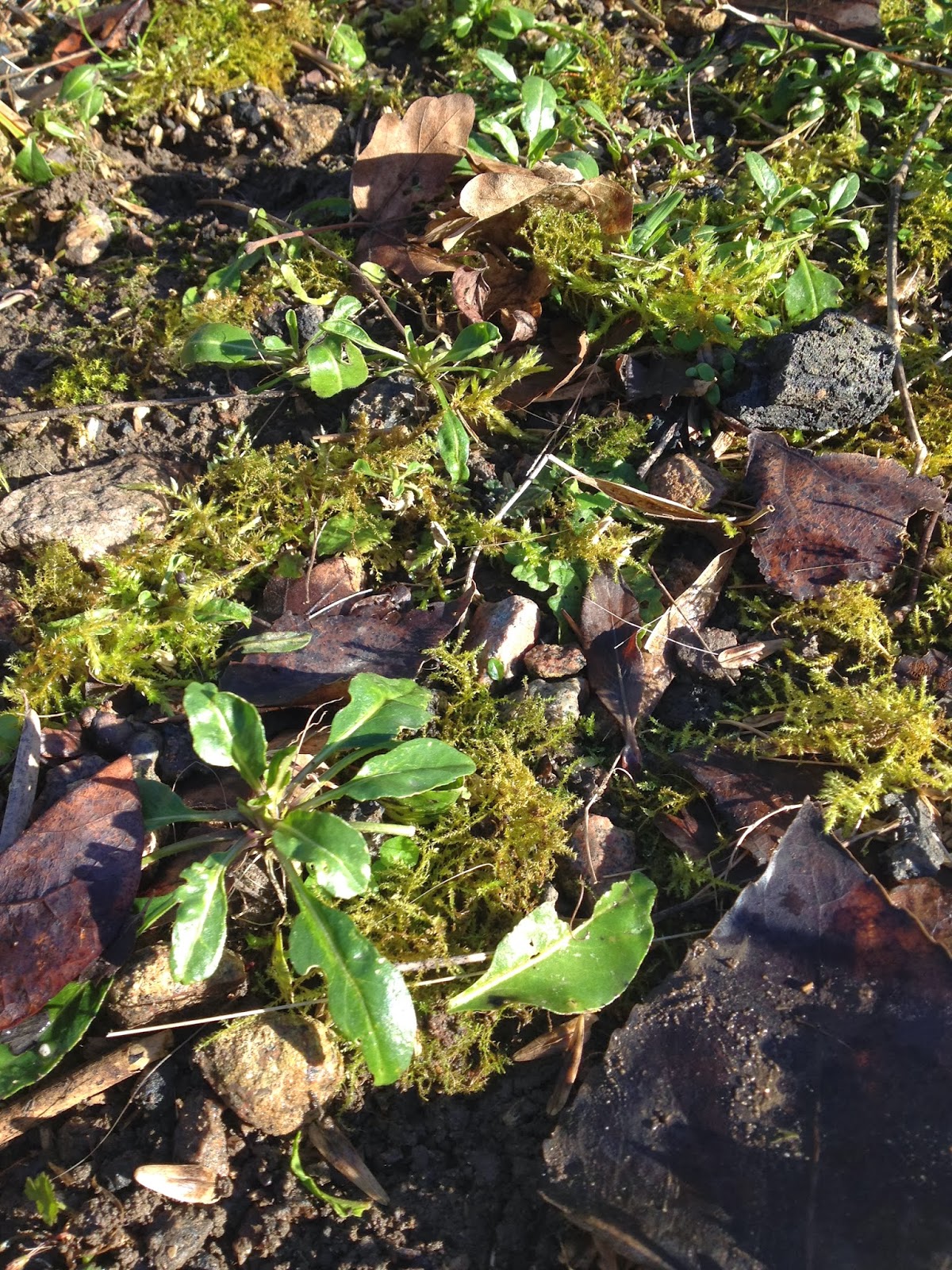 The woad also now has to be weeded, here you can see how the wet winter has also created a moss problem in the borders, this has been a new thing for me to deal with.

Of course I make a distinction between plants I do not want, those I 'weed', and plants I do want but not in such numbers, those I 'edit'.  There is something totally judgemental in my choice of words and I fully acknowledge that.  So yes, the cliché still holds, a weed is a plant in the wrong place, unless it is hairy bittercress, I don't think that has a right place.  (Do I hold a grudge, you bet!).

I thought I should end on a song and this one seemed quite apt.