January 19, 2014
It has been very rainy recently which has also meant it has been relatively mild.  It remains still possible to get some planting done in the dormant pause just before Spring, though recently it has been a case of waiting for an interlude in the rain.

I have already mentioned that I have recently taken delivery of a viburnum and I have also bought a couple more shrubs to plant as well.  This has been rather nicely funded by the selling of an old camera, which made a nice opportunity for a bit of shrub perusing.

Here they are ready to be planted out: 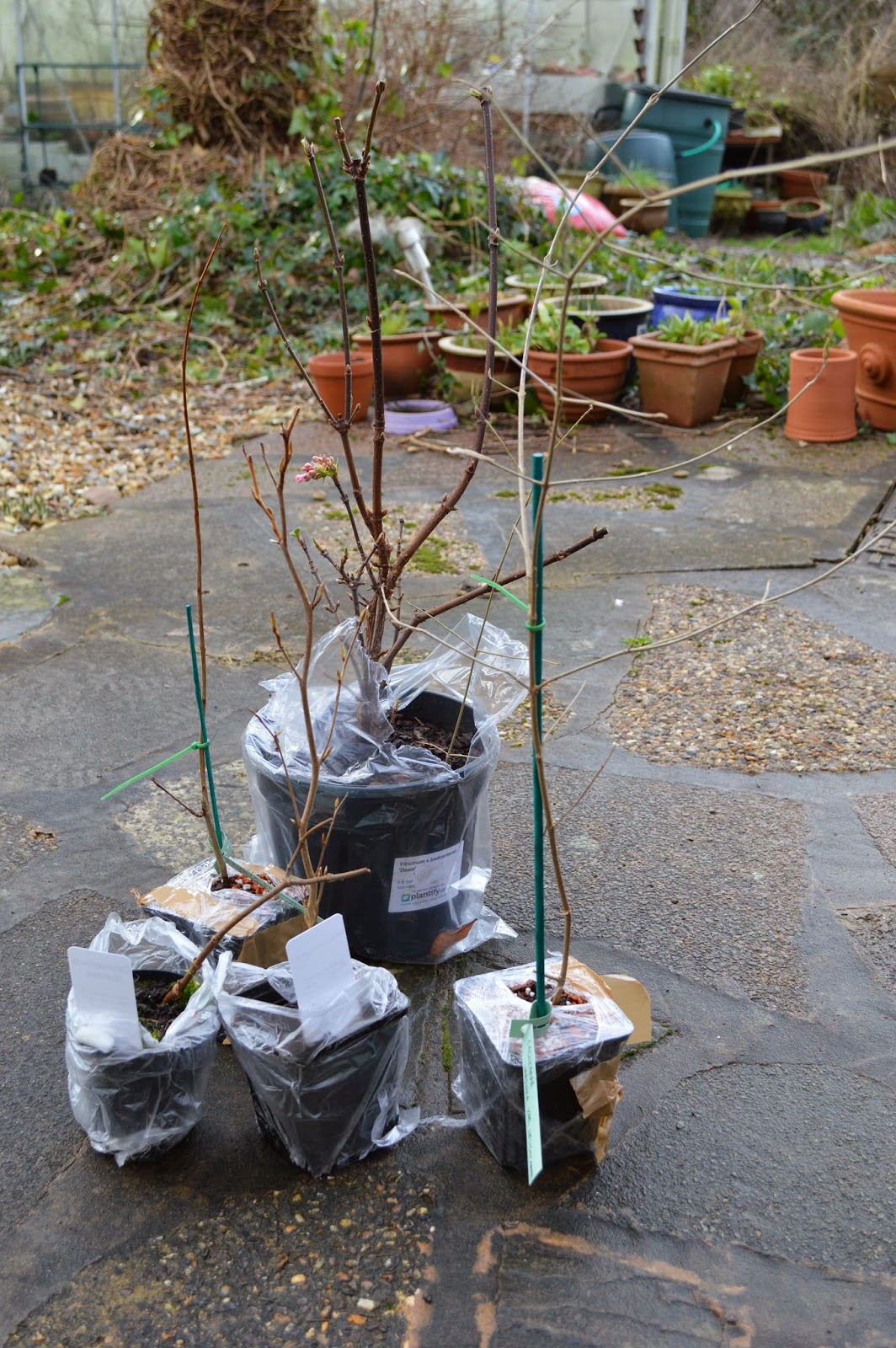 I present to you:

Virburnum x bodnantense 'Dawn', which is the large one at the back.  There is a Callicarpa japonica var leucocarpa, which is a white berry version of the more often seen purple 'Beauty Berry.'  A Calycanthus floridus which has been bought to replace the one I had but it never really thrived and eventually just petered out.  It might not actually be dead but I am pretty sure it is so this is my second attempt; if this fails I shall give up on it.  There is a also a Stewartia pseudocamellia as well.  This too is a second attempt as I (ahem, mutter, shuffles feet and looks embarrassed) might have mown my other one.  I might have got carried away with the new lawn mower last year and mowed it flat.  It was only a baby and I was very cross with myself for being so careless, I still don't know really how it happened as I knew exactly where it was and it was not in long grass that hid it, oh well.

Finally I bought a Punica granatum 'Mme Legrelle'. an ornamental pomegranate that is apparently hardy down to about -12c.  I am a little nervous of this so I have put it in a pot for now so that if (when) the temperature plummets I can put it in the greenhouse this time.  If it gets through the Winter okay I will probably plant it out in the Spring when it is strong enough to keep going.

Of course that meant I needed a planting session, which in turn meant I needed the rain to stop.  Thankfully the rain paused and the sun made a brief but welcome appearance.  After a bit of wandering around with the plant pots they were all placed except for the viburnum.  Where I had wanted to put it no longer seemed the right place.  Suddenly I was not so sure where I wanted it to be. 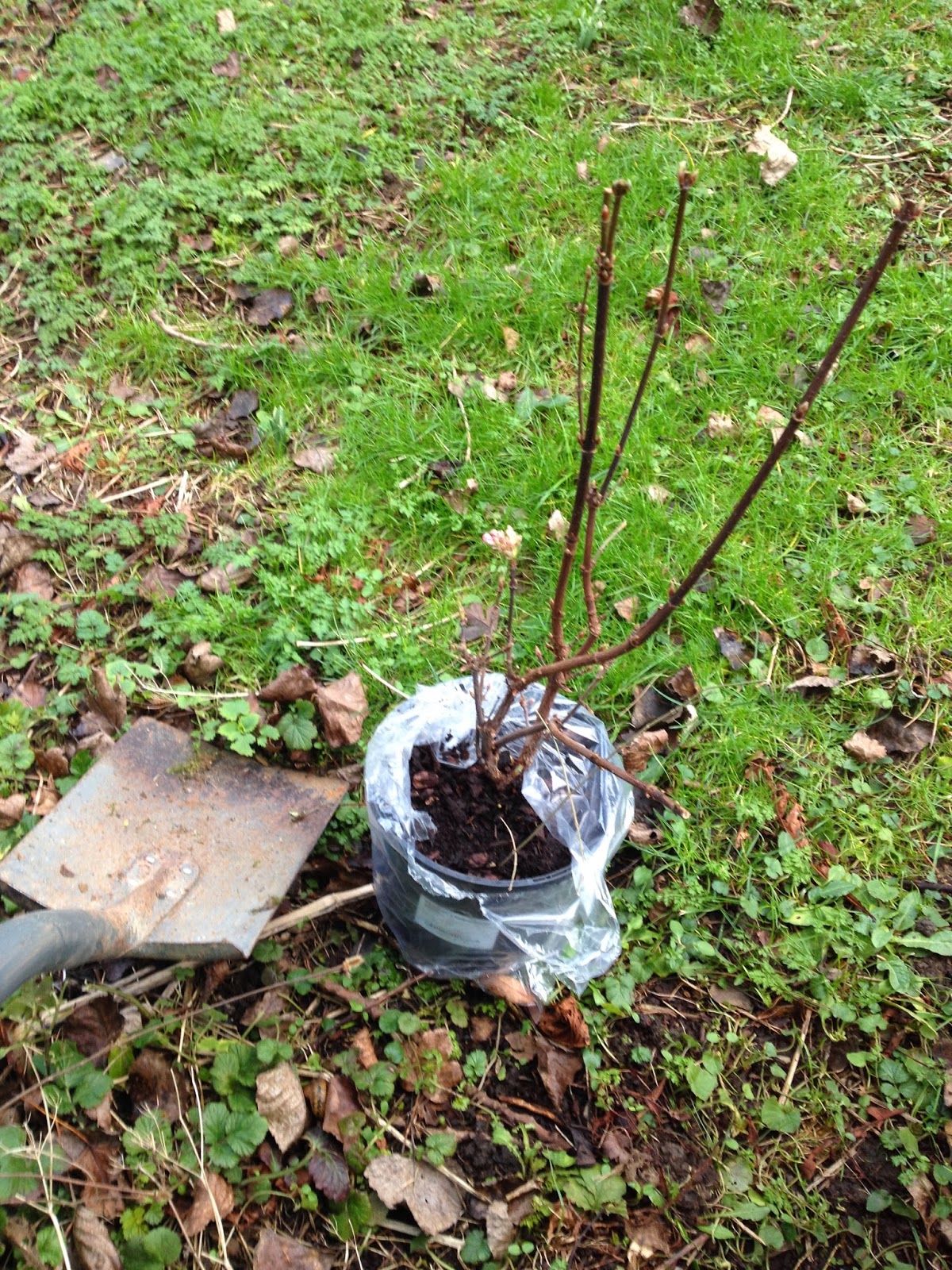 So I decided to stop and think, to have a moment sitting pondering on the bench, viburnum sitting faithfully and patiently by my side.  As I sat and pondered I realised where it needed to be, there was a spot on the very top boundary of the garden that would be just right, next to the ignored mahonia.  So in it went.

The day's work was done.