December 19, 2013
I have lots of ivy in my garden.  More than lots, I actually have too much.  I don't like it very much either, I find it rather dark and foreboding and I worry about how it smothers some of my trees.  I have tried to remove it from the trees but they are so smothered it is currently a thankless task. 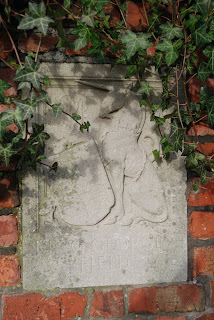 It is not totally dreadful though, as even as I write that I don't like it, I start correcting myself as I do love how it teams with wildlife particularly in Autumn when it seems to attract every wasp in the district.  Does this mean I like wasps?  No, I am terrified of them, I always have been, but if they are on the ivy they are not on me and that is good in my world. 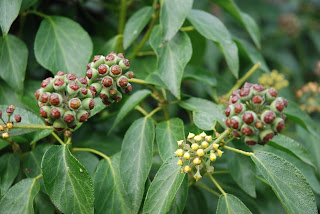 I also rather like its name, Hedera helix, it has a nice rhythm to it.  Ivy itself just reminds me of Ivy Tilsley, but I don't think I have met anyone really called Ivy, I think it is not a name very much in fashion these days but it might make a come back I suppose.


But what has made me think of ivy recently has been wandering around the church yard at Calke Abbey on a blowy December day.  My eyes landed on the edge of this tomb and I just thought how wonderful ivy could be in how it drapes and winds around, reclaiming all that stands in its way and coating it with green. 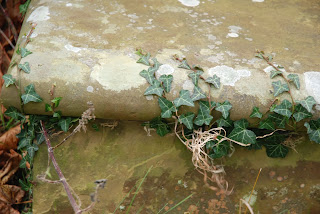 I might not have been quite so appreciative had it been climbing up the side of my house.........