For a few heathers more

December 29, 2013
A couple of months ago I was given cause to think about heather, I thought about it quite a bit in fact.

When thinking about heathers I came to the conclusion that much as I like them in their natural surroundings, I think it is more difficult to use them well in a domestic setting.  They are a wild plant by their very nature and seem to look best surrounded by wildness.  Even though I do firmly believe this, this did not stop me from thinking I would give them a try in my garden.  Following on from the frame of thought that they needed wildness, I knew that the best place to try them was in my Wild Garden.

I have been focussing on this part of the garden quite a bit this year and it has seen quite a few additions.  The Woodland Border (background on the photograph below) and the Bog Garden (foreground) have been added to and worked on and are now starting to look a bit like I want them to be.  The Woodland Border is more mature than the Bog Garden as it has had a year's head start and I am already much happier with it than I was.  Of course, once starting to feel happy with a part of the garden I generally want to extend it, which has led to the Heather Spur. 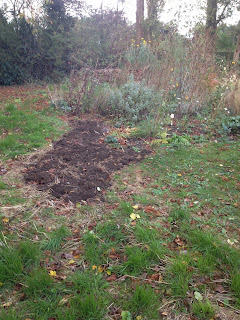 The Heather Spur runs down one side of the Woodland Border and one side of the Bog Garden extending into what I can only call a spur shape.  It is not quite the Burtonesque Curl that has appeared around the formal lawn but it is cradling around the top of the Dancing Lawn.

Once created it needed planting up, and as it was intended to be the Heather Spur, it needed some heathers.  Some heathers were duly purchased. 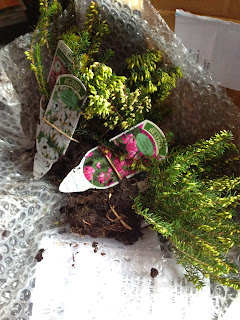 A nice collection of native heathers. 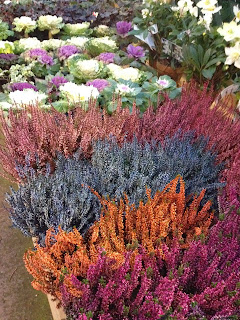 I would say I considered buying some brighter coloured heathers, but I would be lying.  I think it fair to say the cabbages have more chance of making it into my garden and they have as much chance as a snowball in a very hot place!

I planted out my heathers and they look suitably underwhelming.  There are just not enough of them and they are too small. 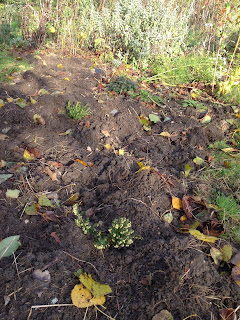 I am not prepared though to go and buy lots more to fill out the space.  This is for two reasons:  1. heathers are fairly easy to propagate from cuttings, so why buy lots when I can expand this collection at no extra cost and bearing in mind 2. I might not like them so I am not going to throw good money after bad collecting a load of plants that I will turn around and look at in a few months time and say 'yuk' I was right in the first instance, heathers are best left to grow in the wild and cannot be easily tamed and dig them all out.

Which means that time will tell what happens with the Heather Spur.  It has already been added to with some Iris and some Astrantia, which may or may not look good with the heathers. 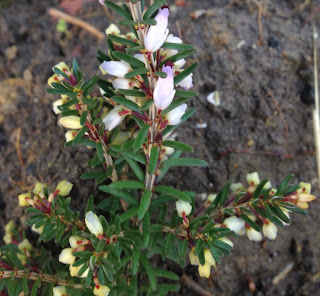 The heathers are flowering away delicately and this is rather pleasing. 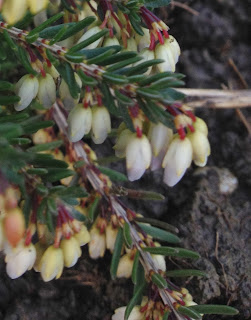 So far so good, I will update you as to how this bit of the garden develops.