November 28, 2013
One thing I rarely manage to do is to visit the same garden more than once at different periods in the year.  This is usually because if they are at a distance from me I will only be visiting whilst on holiday which tends to be about the same of year.  So it was a real joy when I got the chance to visit Easton Walled Gardens for the third time this year.  I live only an hour away which is quite travelable as a nice visit. 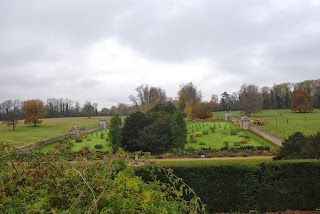 The 'reason' for visiting (like I need a reason!) was for their Christmas Fair.  This was quite small but had various nice little stalls and I left with two knitted bunnies in little cardboard cots (as you do).  I resisted the urge to buy a hat, but one of the friends I went with left with two.  Mince pies were consumed and mulled wine.  This was all good.  We had really gone to see the garden in its Autumnal guise, so we quickly wandered out to have a good wander and chat.

When you visit a garden at different times of the year different things become apparent.  What I quickly realised I was focussing on this time was structure, the bones of the garden were appearing as Autumn took its hold and I found this fascinating.  Good structure is a key part of a good garden. 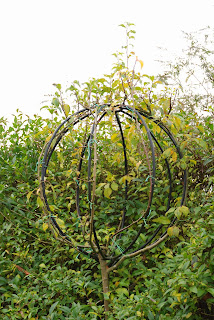 I did start getting structure envy. 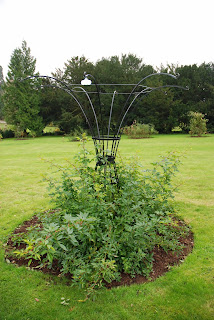 We stood for a while, leaning slightly, admiring the tool shed. 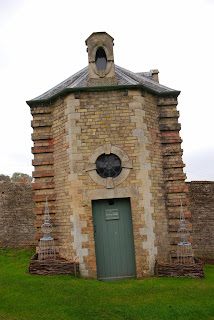 We smiled at the self-seeded sweet peas that were making a dash to survive. 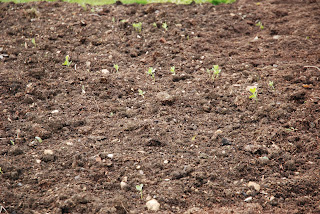 We peaked into the greenhouses and wondered what were in the brown paper bags of drying seeds.  (We assumed sweet peas, but there is more to the garden than a few weeks of peas). 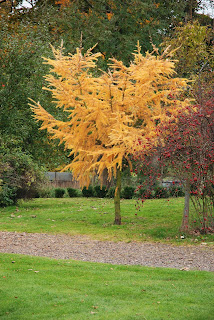 I had a bit of tree envy, I love this tree so much but it will grow a bit big and I have not got room for one, well I might have on the front drive, well I might have to think about this a bit more, but I have not turned my attention to the front drive yet and this is something that will be addressed probably sooner rather than later, but it is rather a big tree.  (and repeat, endlessly). 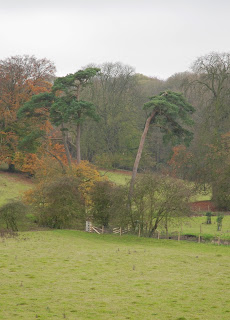 I also had I had a bit of a 'Back to the Future' twin pines moment, but I didn't see a DeLorean to make the idea complete. 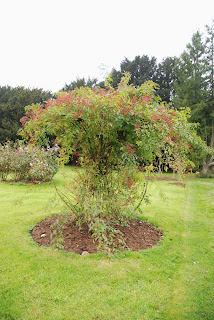 The gardens are now shut until snowdrop time, and yes, I will be going again more than once next year.