October 10, 2013
Our parks, arboretums and botanic gardens are in trouble, not all of them but in particular the public funded and the charity/third sector funded ones are struggling more as the funds get tighter and tighter. 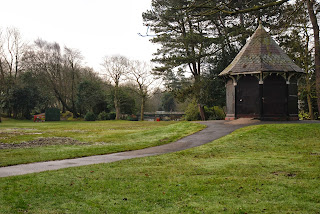 I started thinking about this as in the September edition of The Garden there is a short piece saying that the National Lottery is being used more and more to fund public parks though these funds are only reaching 10% of parks, the rest rely still on local authority and voluntary fundraising.  Also earlier this year on one of my visits to Southport I visited the Botanic Gardens, a fantastic space which is clearly suffering terribly from reduced budget.  I have also recently had a conversation with a friend who works for another public space who said that their workforce had been halved and that the park was not what it once was because of this.  I think we can understand that you might be able to maintain a space with a skeleton workforce, but you cannot develop or improve it.  The best you can hope for is adequate.

So why does this matter?  I mean, we all have gardens don't we?  Well no, we don't, a lot of people do not have gardens or easy access to their own green space.  A park is also more than a private garden can ever be, it is a place to take children for them to run around and meet with other friends.  It is a place to go for a walk on a sunny afternoon or just somewhere to go and sit at lunch time with your sandwiches and clear your head from a day in the office.  They are breathing spaces for our cities and a communal space for us all to enjoy.

Let us not forget that parks have history, they have a reason why they were developed.  The first publicly owned park was Derby Arboretum opened in 1840 by Joseph Strutt to the people of Derby.  The Strutts made their money from the textile trade and held philanthropic beliefs that workers should be able to enjoy culture and open spaces.  These parks which began to open all over the UK during this time provided green spaces for the workers who spent so many hours in the factories and offices.  As people had moved away from the land for their livelihood so had their connection to nature.  These parks helped restore that link and give important social spaces where people could meet and walk and just enjoy being outside for the brief free time that they had.

This all sounds wonderfully historical and maybe of no relevance, but I remember when my children were young taking them regularly to the park to play on the swings and slides.  I used to walk through the park all the time to get to and from the shops, to pick the children up from school in fact to get most places.  It was not even always the quickest route, but I loved walking through the park.  Even now where I live, to get to the local shops I wander through the park.  I see lots of young families using the adventure playground, there is now a skateboard curve-thing and some football fields from which I can hear the playing of football on a Sunday morning as I potter around my garden.  There is even a small fete-thing that has started appearing in the Summer, all signs of green-space being used.  This is all good.  Now, ask me do I wander around the park after dark? no I do not, sadly it is not that safe a space after hours.  Nevertheless it is a great green space and attracts all sorts of birds and wildlife to a suburban area just a couple of miles out of the City.

So let us not lose our parks and let us not let them get stagnant.  We all still need these public spaces and we need them to be vibrant and exciting.  Maybe we could lose an annual bedding plant or two and have some more innovative planting?  (though I am partial to a bit of bedding planting in a park, it makes me smile).  Yes I know that vandalism can be a problem and it is a terrible thing when something gets destroyed that has been put there for all to enjoy, but sometimes you have to take the risk, you have to give people a chance and work with them to create something beautiful and lasting. 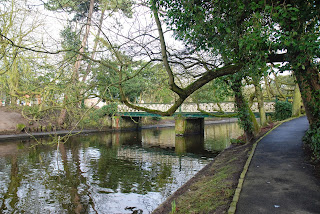 I don't want our parks to only be funded by the Lottery, I want our parks to mean more to our social well-being than just something we hope someone else will pick up and pay for, (even though if it means that my regular donation to the lottery fund is being spent on parks makes me bear the loss whilst I wait to win my fortune just that little bit easier.)  Ok, given a choice if it is about putting a roof on a new school or having an extra gardener for a park I know that it is a hard choice and I think I would probably choose the roof rather than the gardener, but really, are we so busy being determined to pay less taxes, to pay less Council Tax that we are not noticing how much we lose by doing this?