A nest of Rovers

September 19, 2013
Have I mentioned how fond I am of Portmeirion?  The chance arose to go to Festival No: 6 and I decided I really should go.  This did involve camping and I am not a good camper, it is not something that I get pleasure from and to be frank, it rained a lot and blew half a gale so it was not a great experience in that respect.  The Festival itself though was brilliant and I enjoyed it hugely. 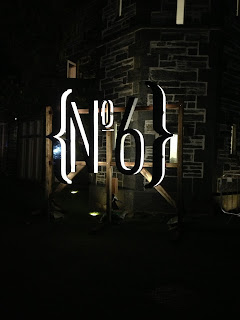 It did give me stress though, people were not walking around some of the trees/shrubs and branches were getting broken.  Some planting was walked through ( I visibly winced at times).  Some areas of planting were carefully protected but some inevitably did suffer. 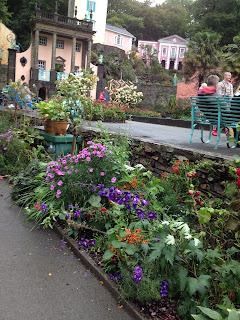 The lawns also suffered, the combination of so much rain and so many feet was not going to end well for the lawns. 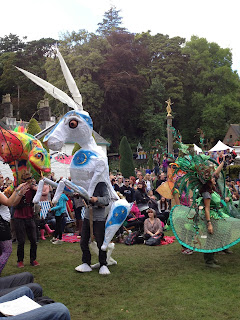 Though clearly some foresight had been used, this border had been emptied and looking at the state of it this was a very good idea, you cannot flatten what is not there. 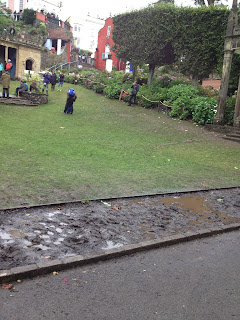 I also have to say that this planting around the Central Piazza is probably some of best planting I have seen at Portmeirion.  At times I have felt that the planting has missed the mark, it was not that it was bad, but it lacked that zing that made you stop and look and say 'that is good'.  I wondered if this planting and the re-opening of the Portmeirion Nursery were a coincidence?  I was delighted to see the nursery open again and I imagine that I might pop in there sometime in the future.  I didn't get a chance to visit the nursery so I can make no comment about what it sells but I can't wait to find out when I next visit. 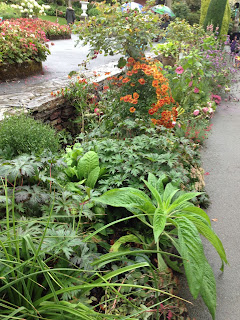 I do have a small criticism though, the labels were left rather too openly on some of the planting, not good labels to show the customers what a plant is, but just the labels they were sold with.  Quite frankly this just looked a bit shoddy.  I can understand they may want to label plants (though I have said before I find labelling problematic), but at least do it with some style and consistency.  I shall dismount from my hobbyhorse now, it was a great festival and lovely to visit.  To see the Gwyllt alive with people enjoying being there was brilliant, yet the peace of the End of World was still there.  Our next visit is already planned. 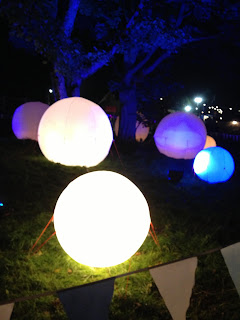 and we found a nest of Rovers.