The giraffes of Lincolnshire

August 11, 2013
I first went to Easton Walled Gardens in February of this year when I went primarily to see the snowdrops.  This time of year it is the time to visit to experience the sweet peas and what an experience it was.  It is in some ways a little late for sweet peas but the season is quite long this year so I expected there would still be quite a lot to see. 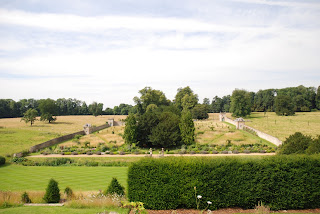 The displays of sweet peas are mainly to be found in The Pickery, there are various flowers for cutting (picking) in this area and it is incredibly colourful.  Yet it has to be said that this rather wonderful display was somewhat overshadowed by the amount of bees, butterflies and hoverflies there were buzzing around everywhere.  Just when you started to look carefully at a beautiful sweet pea a butterfly would whizz past shouting 'look at me' followed promptly by a bee shouting 'no, look at me, I'm declining'.  The air was alive with the sound and movement of wildlife, it was a great sight.   Most people will have read that there is a decline in the bee population, I began to suspect that this was caused by them all massing in this one garden, I think they might be holding the bees to ransom. 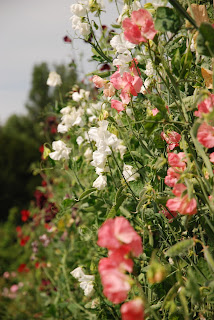 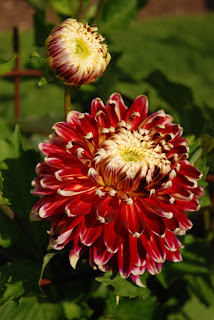 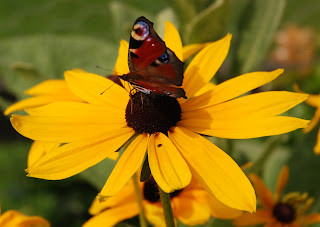 I think most gardeners enjoy the unexpected flower combinations that work well, the self-seeded something that pops up where you would never have placed it but looks incredible and the colour combinations that logically you would think would look bad but in reality look fantastic.  This combination which I imagine was unintended caught my eye: 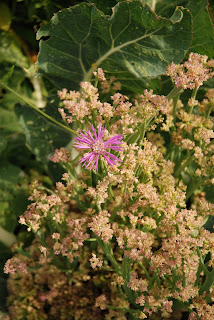 Its some sort of scabious and a cauliflower that has caulied a little too much.  Doesn't it look amazing?  I have to give top marks for allowing this to remain rather than removing what might be seen as an offending article.  Forget the gaudy coloured ornamental cabbages, lets have a few caulis instead. 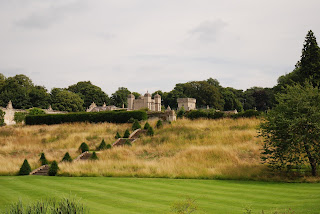 There is more to the garden than the Pickery, I was blown away by the wild planting on the terraced area.  It looked most effective from the side angle and the mown levels could be seen distinctly and the blonde grasses and the wild flowers growing amongst them made a superb contrast.  If you go into the little history room you can see old photographs of the beautifully manicured terraces and very fine they looked too, but I have to say that this 'wild' planting was quite breathtaking and actually probably for me the highlight of the garden.  It was simple, it was easy to replicate in a smaller garden and quite frankly was a brave use of a previously very formal space. It is easy to criticise other people's gardens but these terraces I think are superb.  This area also was attracting the bees and butterflies though not as many as The Pickery was.  This made me think two things, one, that the bees were indeed being held prisoner in The Pickery as previously said and also that whilst we are led to believe that we have to have wild areas in the garden to attract bees a good patch of open colourful flowers will do just as well. 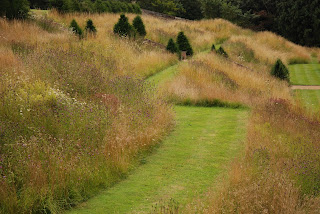 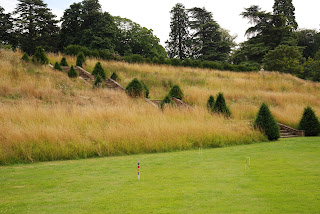 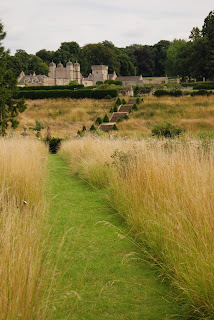 There is also the vegetable garden which is next to The Pickery, it was immaculate, rows of beautiful looking lettuces without a slug in sight.  This seemed an impossible thing, how could there be such perfection?  Thankfully reality was restored by some rows of nibbled lettuces and cabbages, its not that I take pleasure in seeing manky lettuces, but it is nice to see that even the best of gardens has a slug or two. 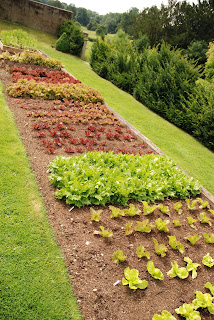 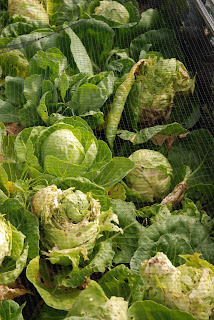 I also found this mini tractor in the vegetable garden.  Isn't it cute?  I'm not sure how effective it would be at ploughing or bringing in crops, but then it is quite a small vegetable garden.  Now the less enlightened might think it is some sort of irrigation system, but I know a mini-tractor when I see one. 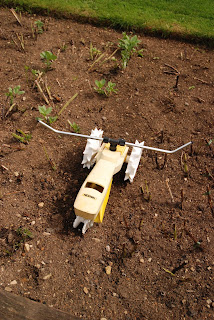 Further up in the walled garden there was a moment of quince envy.  There were several quince trees growing in the long grasses and several had quinces on.  My quince tree is about three years old now and I am waiting impatiently for my first quince.  This year I had lots of blossom and I watched it anxiously as one by one each of the blossoms fell off.   Oh well, there is always next year.  Just looking at these small, furry, perfect and fragrant fruit makes me more hopeful that next year will be successful. 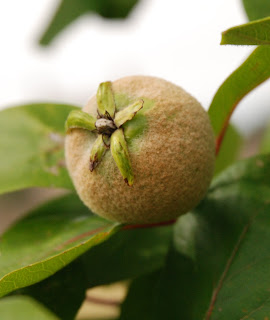 The highlight of the garden though was something quite unexpected, I refer you to my recent post about Tatton Flower Show and the amount of giraffes that I saw.  Well imagine my delight as I turned a corner at Easton Walled Gardens to find.......

..... yes, two giraffes looking out over the Serengeti that is known more locally as the Lincolnshire countryside.  Well I was impressed I can tell you and intrigued.... 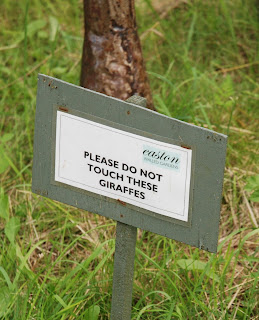 so if you cannot touch these giraffes, where are the ones you can touch?  I shall have to go again to find them.