The jury is still out on whether the Davidia is dead or not, I keep looking at it and there not a sign of any new growth as yet, other drought-hit shrubs have leafed up again, but the Davidia remains resolutely crispy.  Every now and again I give it a little bend to see if I think it has totally dried out and I think there is a bit of flex still in it, but time will tell.  Anyhoo, the Davidia number 3 was a replacement for Davidia Number 2 that was snapped off at the root by a dog that got into the garden.  I have now managed to fence in most of the garden now so dog-related incidents are now pretty much non-existent, for a while there it was a constant problem as there appears to be a shortage of dog leads where I live.  Maybe I exaggerate but ..... 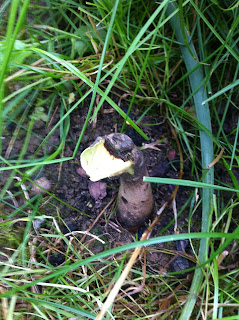 .... in the same incident my Cercis candensis 'Lavender Twist', bought from Swines Meadow Farm Nursery at a plant fair some months before was snapped off close to the ground.  It had formed a fine young tree and I was very fond of it. 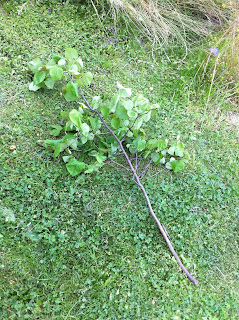 When I saw it snapped off and lying on the floor I was distraught.  Two main things ran through my head - firstly was 'my beautiful tree I had such high hopes for you' and secondly 'that was not a cheap tree to lose!'  I do not mind paying a bit for a tree, I see it as an investment for not only my future but for whoever takes on the garden when I leave, but even so, I do not expect to keep buying the same one because of things like this.

So I was upset but luckily I was due to visit Swines Meadow the next day for a plant fair.  Colin read of my loss on twitter and said he had a nice replacement I could buy.  So off I went and I bought a nice small Cercis siliquastrum (not a sillyquatum, that would be a very silly name), and no its not a Lavender Twist, but it is a pretty little tree that I can confirm is still growing well. 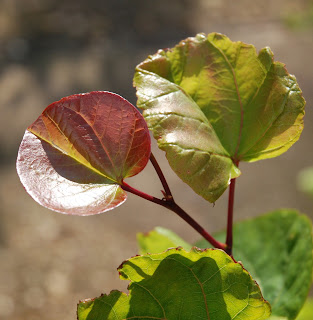 So end of story I thought, until several weeks later when I was weeding around the 2 inch stub of the first tree and I noticed that there were the signs of new growth.  I carefully cleared around the tree so it would have some air and space to put on this new growth.  A small but definite shoot appeared and I was happy. 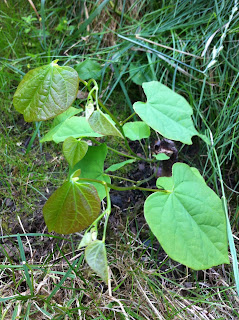 Over Winter the shoot obviously lost its leaves and I wondered if it was strong enough to re-grow in the Spring.  Well yes it was, another shoot appeared, stronger than the first and it is now about 12 inches tall. 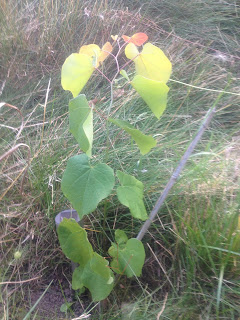 This is good, this makes me happy, especially as this now means I have three Cercis trees (oh, did I not mention the other one, a Forest Pansy, I bought several years ago and that lived in a pot until I moved into this house.  That is a whole other story, the trees that lived in pots....) 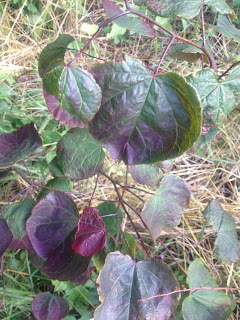