Some plants, a skull and some knitting

July 18, 2013
The weather has been very kind of late, it has been warm to the point of being able to call it hot.  The sun has shone and much ice-cream has been consumed.  So when someone says to you 'shall we go to Calke Abbey for a wander?' it feels like a good way to spend a warm Saturday. 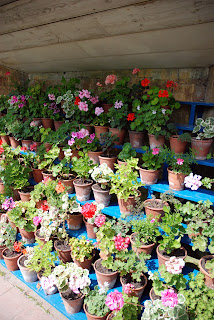 and warm it was, the temperature got up to 31 deg at one stage, so a wander around the cool of the house was rather pleasant.

Really though I wanted to walk around the grounds.  I have been going to Calke for years, many many years, so I know my way around but they are always repairing something, changing something, just ringing the changes enough to make it always interesting. 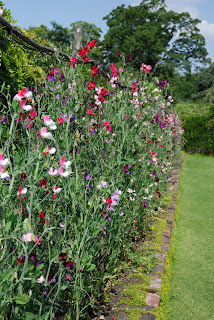 There are some great sweet peas as you enter the walled garden. 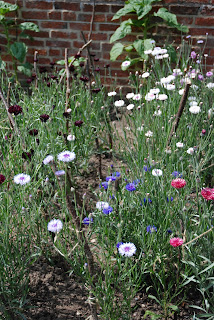 The walled garden is largely veg, but also some nice cutting flowers too. 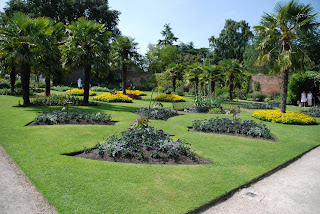 The formal gardens are formal and I am not a huge fan of such planting.  It looks good if you like that sort of thing and if its in the right context and of course here it very definitely the right context. 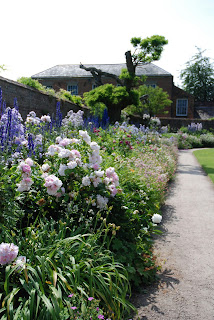 The surrounding borders look probably the best I have ever seen them.  Big and blousy and expansive. 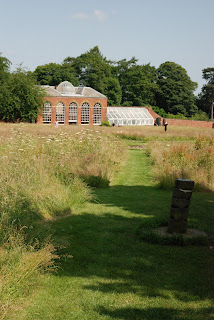 The meadow around next to the Orangery is now called 'the Garden of Imagination', it was actually a rather nice bit of meadow with paths cut through it and some things to entertain children.  This is no bad thing, I have done my time dragging children around gardens so a bit of well-placed entertainment can rescue a day.

Then after some wandering around the grounds we found this patch of what appeared to be self-seeded Nectaroscordum siculum, they looked fantastic massed under the trees. 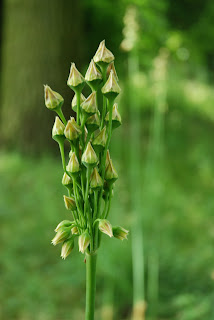 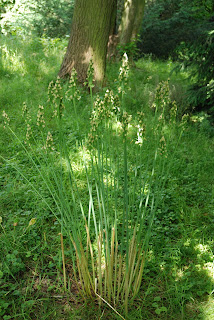 I have never seen them let loose in the wild before and it was a wonderful sight.

Then on we went down to the grotto; 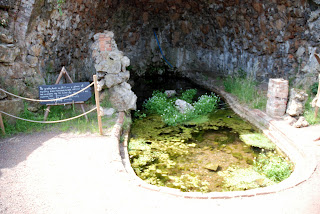 The grotto which for many years was just an odd hump/cave like thing, but now restored so that you can walk into it.  I also like you can see that the basic construction is brick, with fake rocks stuck to it.  You can see the pond which has little islands of shells in the middle. 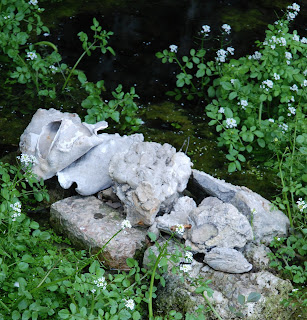 On the way out of the grotto I spotted this skull, how gothic can you get? 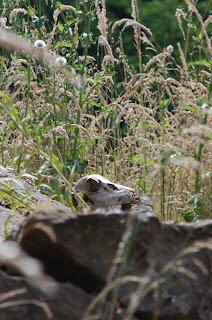 However, back to the Orangery, I like the Orangery, I remember when it was in a state of collapse but in the corner was a barely alive tree fern that had managed to keep going after decades of neglect.  What it appears it could not survive was restoration, what a shame.  Why have I suddenly returned to the Orangery, because I have saved the best bit until last, this was the best best bit 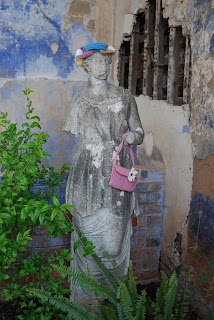 (I don't know that her name is Agnes really, but I think it suits her).