June 06, 2013
Rheum is another word for drool, or that watery stuff that sometimes leaks from eyes.  It is not a great word.  It is also a name of a species of plants and in this instance I am focussing on Rheum palmatum, the ornamental rhubarb. 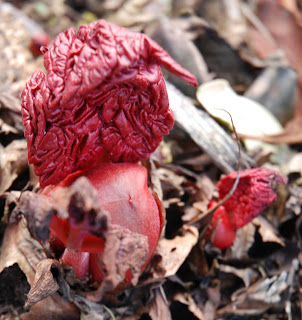 I first great this some years ago in a previous garden.  I had seen one somewhere and admired it greatly.  I think I bought a plant of it (I do not think I grew my first one from seed) and I became very fond of its height and its structure. 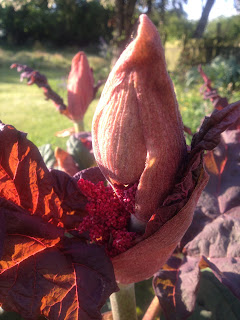 When I moved to my current garden it was a much larger space to fill.  It was pretty much a blank canvas and also out of the question that I could buy enough plants to do what I wanted.  I have to grow a lot from seed and Rheum palmatum was in the first batch of seeds that I sowed as I did not want a garden without it. 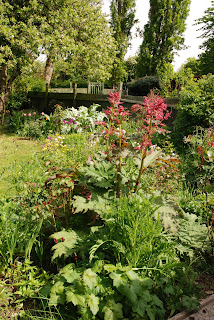 I ended up with six of seven plants, which I planted around the garden in its first season.  This was too many and as the borders have developed I have removed all but two.  These are large plants and they take up a lot of room and light to plants around them.  Several were also just in the wrong place, as the borders have grown and developed they were not where I wanted them to be.  I have become quite hard-faced about plants in the wrong place these days so out they came. 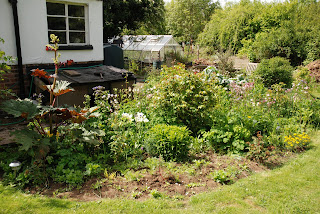 This year the Rheum are a joy.  There is the beautiful red one and the beautiful white one.  I think the rain this year has helped them this year and they are now maturing into fantastic plants.  I remove some of the lower leaves as they get raggy and to let some light in around them, but they are as I write this one favourite plants I have flowering in the garden. 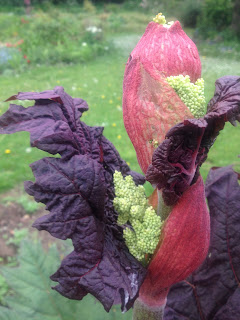 They are amazing at every stage of their growth, from the first wrinkled growth of the season to when the flowers start to spill out and explode from the huge buds that form. 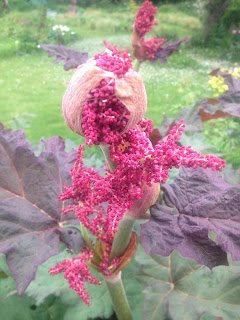 The great plumes burst out and create a real statement. 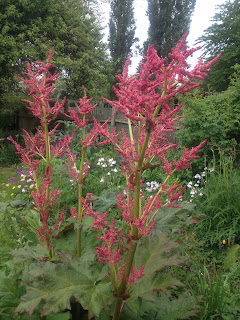 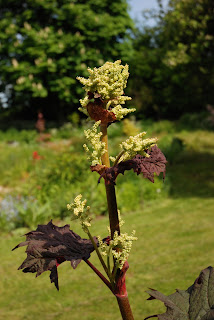 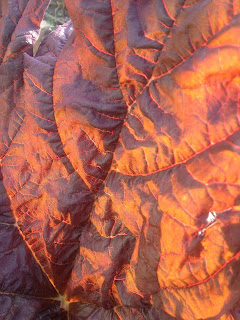 Definitely a plant to find space for.