May 30, 2013
I really wanted to find a way to make this be called 'Attack of the clones', but as I sit down to write this I cannot find the angle.  If I fail to, please know that in my dearest heart I wanted to.

So, the second of my run around the show gardens.  A few days have elapsed since I wrote the first post so it has been interesting to look at my photographs again from the show. 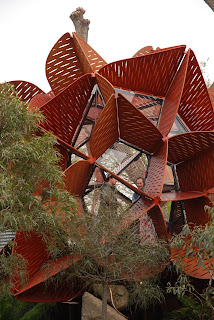 Let us start at the top, the Best in Show, the Trailfinders Austrailian Garden designed by Philip Johnson. 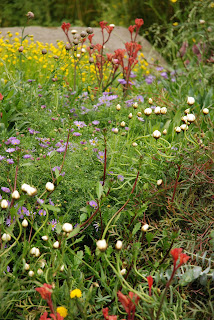 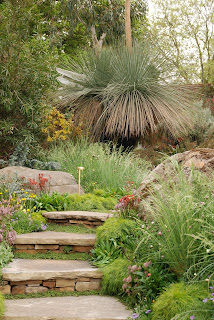 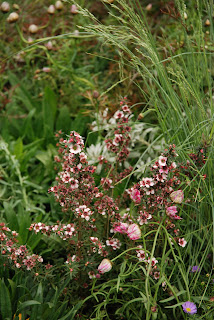 It was best in show, it was superbly executed and planted and just a joy.  Even the large rust-coloured structure worked and fitted in.  What was not to like?  Now, ask me to I think it was best in show because it showed us all ground-breaking new design?  No, it was not, it was a recreation of a landscape that is not possible for us to see here in the UK.  We might grow some of the plants but many will not be hardy here, it is an exotic landscape that we would have to travel to see in an outdoor setting.  I am not saying that Australia looks like the garden, but as a diarama it worked. 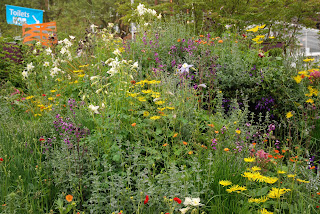 The Mindfulness Garden designed by Martin Cook, what a great mass of planting.  Very pretty. 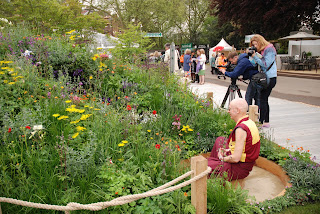 On press day there was a monk trying to find a bit of mindfulness whilst being photographed, I think there is a touch of irony here. 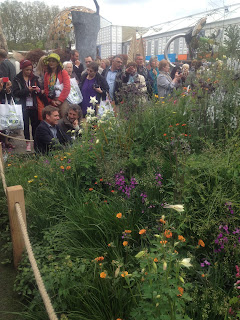 However, look away for a couple of days and the monk has turned into Andy Sturgeon! 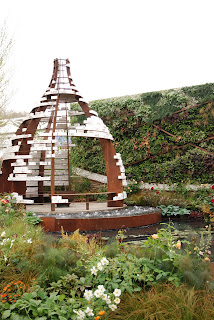 The kiln somewhat gives this garden away, it is Stoke on Trent's Story of Transformation designed by the Landscape Team, Stoke on Trent City Council. 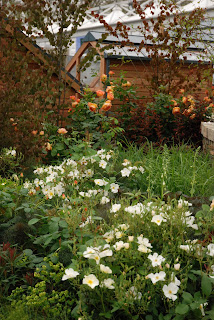 I liked the peachy white planting rather a lot. 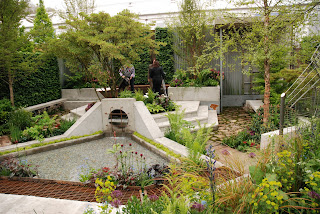 The Wasteland by Kate Gould, looked great but to be honest seeing recycled materials used in artful interesting ways has been done rather a lot, dare I say over done? 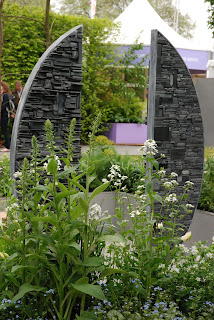 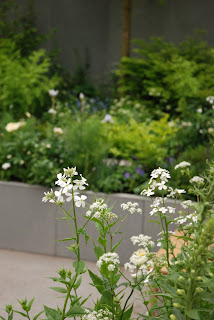 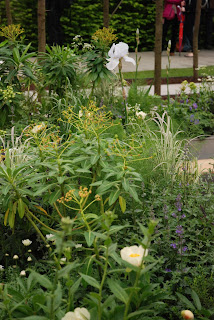 It received a silver-gilt, a not quite, and again I think it might have been right.  The ideas were great, the avenue of dead trees worked incredibly well and made a real statement..... 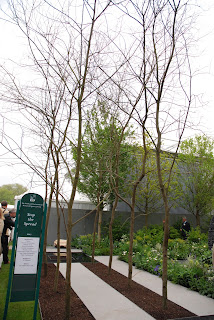 ..... but I wondered if the message overtook the garden a little.  I know that coverage of a garden at Chelsea Flower Show gets that message out to a wide audience and that it is a really important message but maybe, just maybe, getting the message out was a little too overwhelming.  That might actually have been the issue with the Jinny Blom garden mentioned in my previous post?   Is the message here not to get overwhelmed by the message? 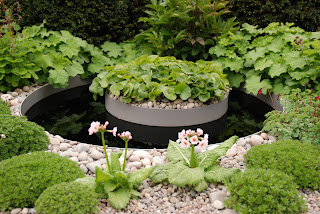 It was in the 'Fresh' gardens that I probably found the most exciting pieces of design.  Much smaller and also more challenging than the larger show gardens. 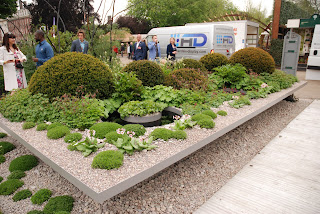 The First Touch Garden designed by Patrick Collins, yes it is basically a table but so well planted and a good idea. 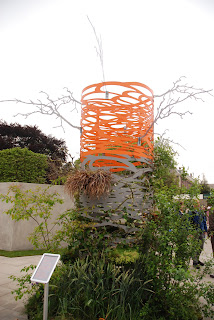 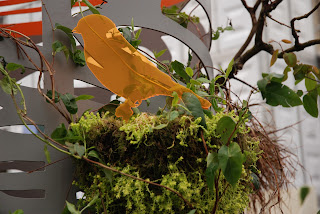 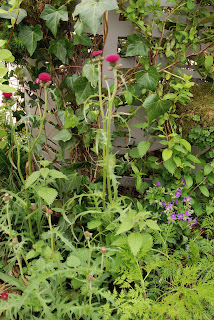 This is Bird Columny, JAM Garden Design, yes a column but it had some really good planting.  No I would not do this in my garden, but that is not the point, it showed something else you could do. 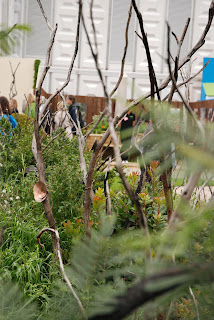 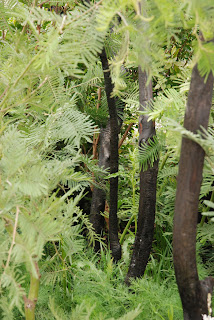 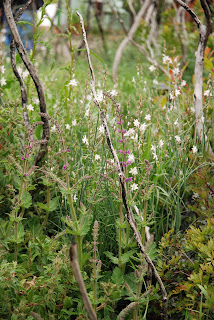 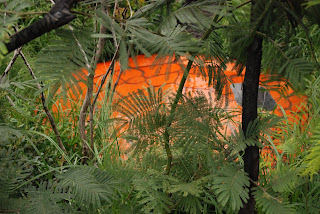 After the Fire designed by James Basson, this was my best in show, this was the one that made me stop and say wow.  The planting was innovative and the idea was good.  There was a strong message as the garden was sponsored by Scape Design in conjunction with Cancer Research UK, but the garden was what called out strongly rather than just the message.  I loved the shapes and the colours, the burned sticks and delicate planting.  No I am not going to recreate this in my garden, but I admired it hugely.

Always best to end on a high, less 'Attack of the Cones' more a case of Rocky II?