I'm sure it said it was a dinosaur on the label

April 28, 2013
More or less this time last year I went to a plant fair at Swines Meadow Farm Nursery in Market Deeping.  It was a cold, snowy, windy sort of day so it was very nice that this year the weather was sunny and warmish, in fact a beautiful Spring day.

I was looking forward to going as it is always a pleasure to meet up with Colin and Karan.  I went with some pennies to spend too.

So this is what I bought from the plant fair: 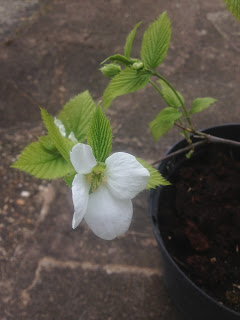 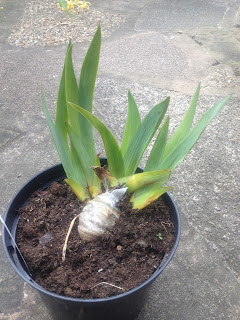 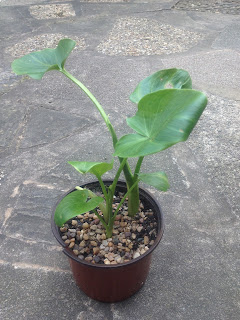 
All good healthy plants and I spent about £12 so far.  So far so good.

From Colin and Karan's nursery I bought: 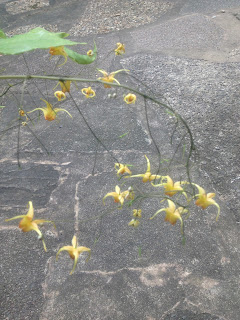 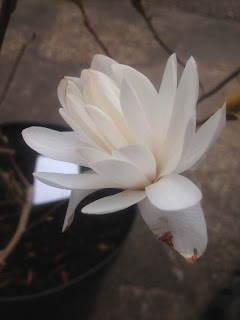 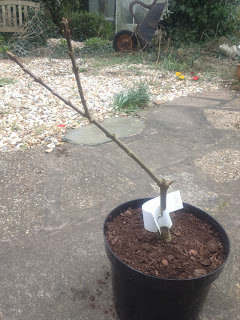 Chionanthus Virginicus - Colin had remembered that some time last year we had had a twitter conversation about this tree, I had admired it greatly.  Also with the great kindness that I have found often with my twitter friends, Colin said he thought it was a good plant to plant to remember Chesney by as it is also known as an 'American Fringe Tree' and Chesney was always on the fringes of my twitter conversations.  This was such a lovely thought so the tree was duly bought. 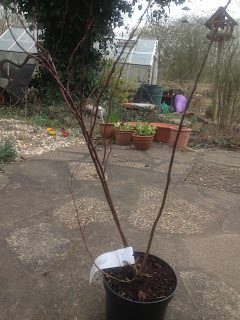 and last but not least, Stachyurus Praecox, a shrub I had been after for a while and I had held of hunting for too much online as I was pretty sure I would find one at the nursery.  I found several and this one jumped into my car like a good dinosaur and came home with me.  Dinosaur I hear you query?  Well yes, because I pronounce its name 'stachysaurus', I think its related to the tyrannosaurus but I will let you know how big it gets.

So, I hear you say, how much have you spent this time?  Well that little lot came to just over £20 and then, oh my oh my oh my -  go tell it on the mountains, I remembered that in my bag I had £20 of garden gift vouchers which were a christmas present from my mother.  Suddenly the day was just one big bargain and I left incredibly happy.

Apparently the next fair is in July (starts saving......)