April 14, 2013
The sun was shining and glinting off the sea, it was a beautiful morning and I had nothing planned.  As I sat drinking tea pondering the meaning of life I started to wonder if there might be an NGS garden open and preferably near by.  Well there was, just two miles up the road there was Bwlch y Fedwen in Penrhyndeudraeth, so I decided that was fate telling me I should visit. 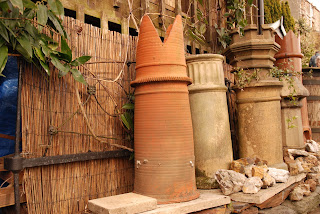 The garden is described as half an acre of reclaimed hillside.  I know the area fairly well and the approach to the house very well indeed so I knew that it would be perched on a hillside.  The owners have taken this challenge on to build a rather wonderful garden, that is full of reclaimed features such as these chimney pots.  There were many chimney pots in the garden, it made you want to look up and check as to whether all the unneeded chimney pots in the village had found a home. 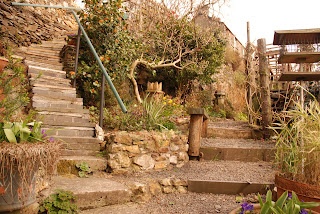 The garden is built around a framework of steps and paths.  You can see how steeply it climbs. 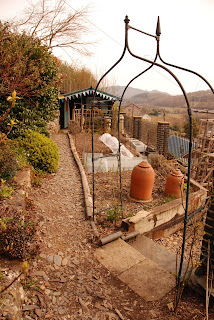 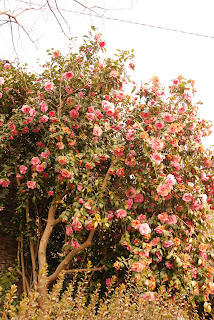 This camellia was stunning, 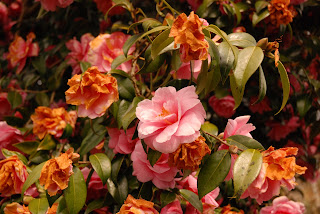 but so sad to see the damage the frost had wreaked upon it. 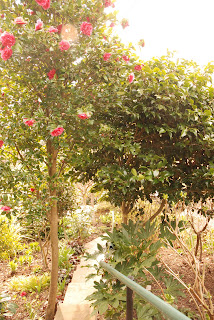 The paths were lined with camellias and magnoilas.  Such a shame the magnolias had not yet quite opened, another few days and they will look magnificent. 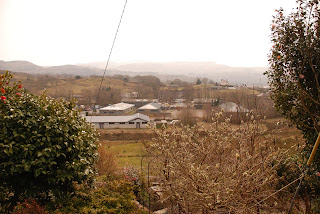 Looking out from the garden across to the Rhinogydd was a great sight, spoiled unfortunately by the industrial estates in the foreground. 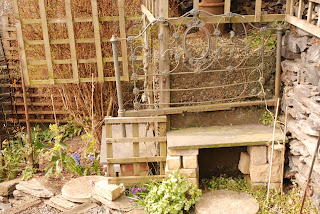 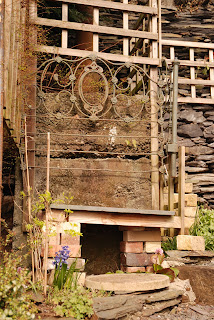 There were nice touches like this corner seat made from old bedheads. 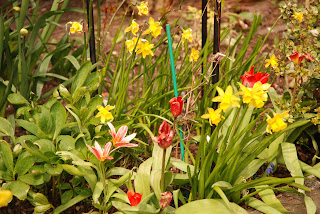 The Spring bulbs were flowering well.  The tulips had apparently just opened in time for the day.  That must have been a relief! 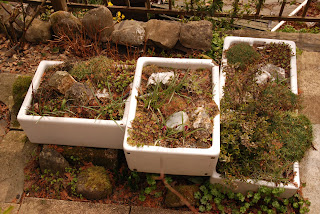 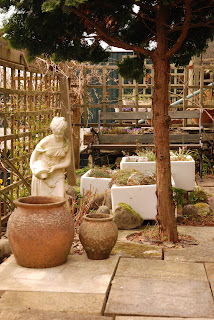 There are lots of little places to sit, all with their own character. 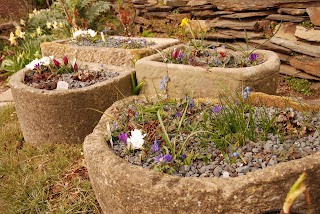 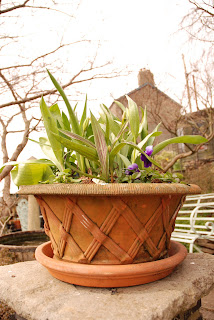 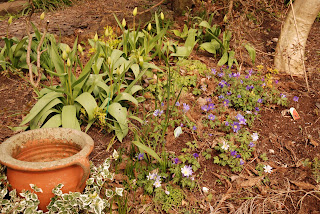 Lots of containers and pots dotted around. 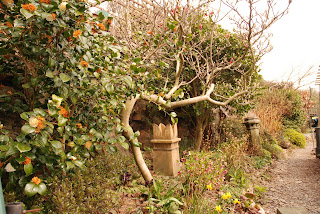 and chimney pots, did I mention chimney pots?  It reminded me that I left behind a beautiful chimney-pot when I moved from a previous house, I have always regretted it.

So, we had a lovely time wandering around this garden which definitely makes the best of its location.  I bought a plant (it was rude not to) and left happy.