February 03, 2013
I often have a song stuck in my head which I don't think is that unusual.  Sometimes it is something I have heard on the radio, sometimes it has popped into my head from nowhere, but sometimes the garden makes me think of songs too. 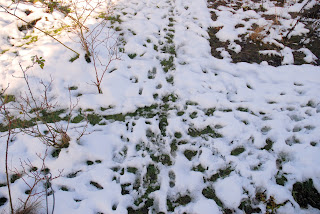 Snow covers much, it obscures and hides all that is underneath.  It also uncovers; the tracks of various animals suddenly become clear and the roadways that make across my garden become apparent. 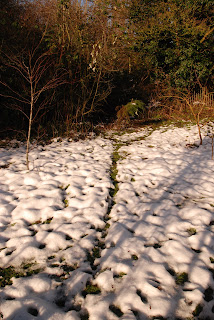 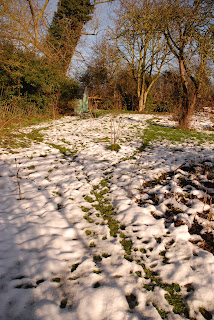 I am not sure what contours they are following or if it is just the shortest route to where they want to be. 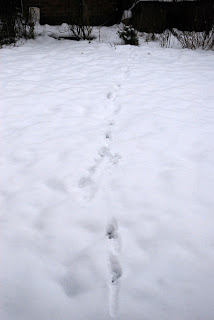 But there they are, walking around, wandering up and down.  I think it is largely foxes and cats that leave their marks.  I can never decide if I am happy that none of the tracks disappear mid-stream or whether secretly I hope that one day I will see a track just stop with no apparent reason why.  Then I might know I have a time-travelling fox or a cat who has just returned to its parallel universe through a gap in the space-time continuum.  Or, and probably more likely, Chesney-cat has learned to jump from a standing start as he thinks it would be funny to mess with my head.

Anyway, enough musing, the song that started that started to play in my head whilst wandering around the garden and looking at the tracks is this: