I have recently been on a trip to Southport.  There was a specific reason for this trip which will become clear in the third and final episode of this trilogy.  I shall try and maintain an air of mystery and suspense until then, though I add a caveat of prepare to be underwhelmed at the big reveal.  Also, I might add, as in common with another great trilogy, this story involves a lot of walking.

I have never been to Southport before, I know Lancaster and Morecombe fairly well, but this bump in the coastline I had no knowledge of so my pre-journey preparation involved Google to see if there was anything interesting I should know.  Well there was and I knew I had to investigate and experience this for myself. 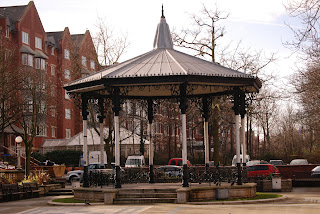 The first day of my stay in Southport involved me having lots of free time to wander around and I did much wandering around.  I made a bee-line for Lord Street as I had read that it was very beautiful and also that it had been the home of Louis-Napoleon Bonaparte, who became Napoleon III, when he was exiled in Britain between 1846 - 1848.  Now I admit to a shakey knowledge of french history and a vague idea that there was more than one Napoleon, but much more than that I did not know.  Napoleon III was re-exiled later to England and he died here and is buried in Chislehurst.  His story involves several wars, the Crimea being one and the Franco-Prussian being another and the latter one led to his downfall at the Battle of Sedan.  His last words were to his doctor: 'were you at Sedan?'  Anyway, I digress, the reason why any of this matters at all is that when not involved in wars Napoleon III was instrumental in the redesign of Paris, where the small narrow roads were replaced by wide tree lined avenues that were less easy for revoluntionary barricades to be erected upon and also bore a striking resemblance to Lord Street in Southport, his home for those two years.  Co-incidence you say?  Well non - not at all. 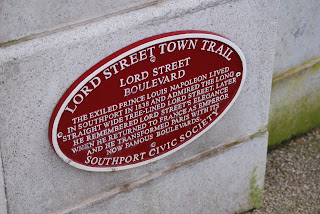 and Lord Street is really very beautiful, even in February when there is very little to see in terms of greenery, this road is impressive. 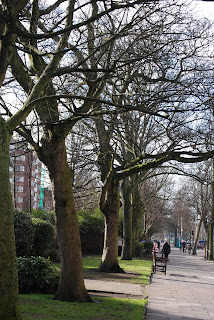 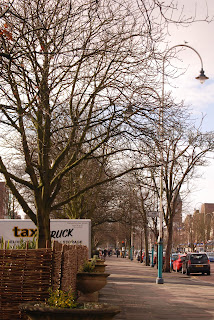 This photograph shows some lovely woven fencing.  The notice on the fencing explains that it is there to protect the planting from the weather.  This would be much needed and was an attractive way of dealing with the issue. 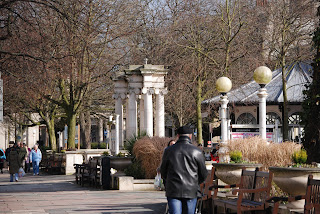 There are many trees and many columns. 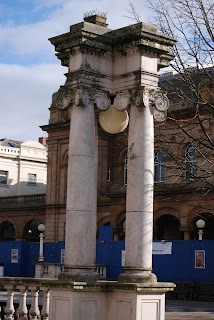 There is the Town Gardens Cafe 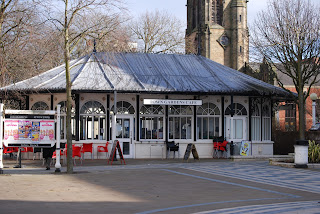 There is this, I don't know what this is, but it looks good. 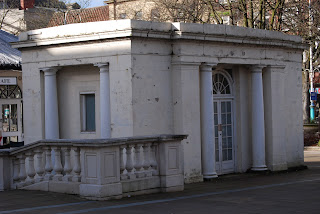 The Town Hall clock is amazing and reminded me of the Trumpton Town Hall, which is no bad thing. 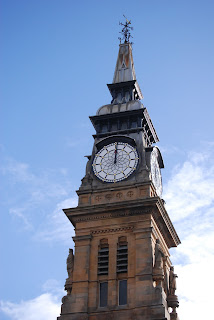 Clearly winter is when work is being undertaken ready for the summer season, so there were a lot of hoardings covering work being done. 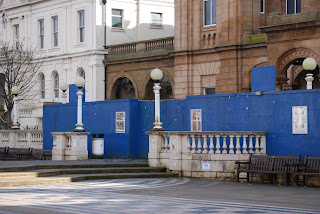 Southport also probably boasts one of the most magnificent war memorials I have ever seen.  If Napoleon III used Southport as a basis for Paris, then this must be a reciprocal nod-back to show that Southport can do 'grand'. 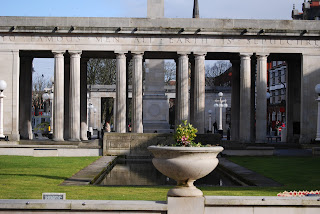 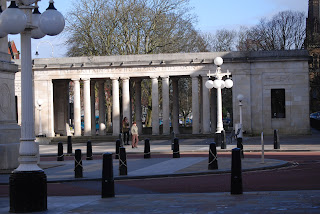 (Here I add a small confessional note, in-between these two colonades there is a fantastic obelisk.  I was unable to photograph this as I had the wrong lens on my camera and struggled all day actually with getting shots right, I gave up with the obelisk as I would have had to have stood in the middle of the road to get a decent picture.) 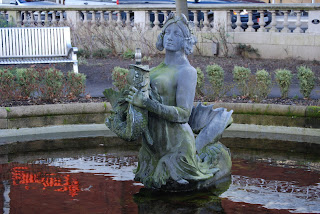 I rather liked the bint with a fish.  None of the fountains were working due to the cold I imagine and the lack of it being the season, but I thought this rather a fine one. 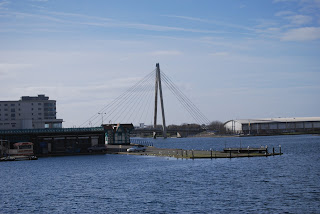 I wandered on, I went to Marine Lake, that was very beautiful and had lots of birds wildlife..... 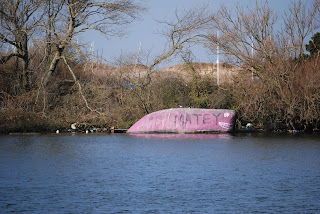 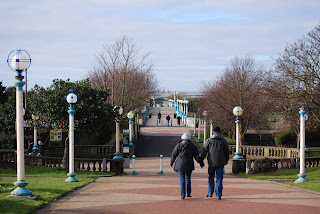 Further on I walked into the Kings Gardens which are currently being restored.  This is a magnificent avenue, I thought Southport was alot about avenues. 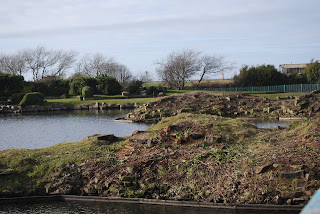 There is a lot of work going on and February is a bad month really to visit and look at wonderful planting.  This looked more like a scene of devastation but I suspect that by June it will look better. 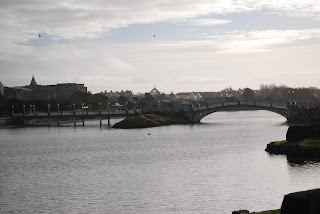 The Venetian Bridge was rather good too. 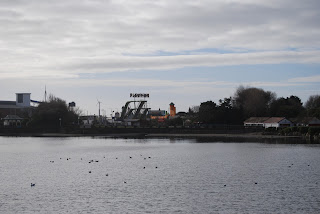 I wondered if this is 'Pacific Playland'?  (apparently not). 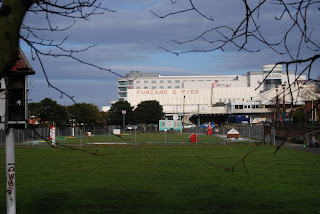 but I did find Funland (it was shut). 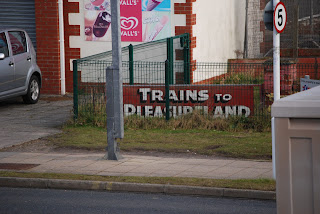 I found the train to Pleasureland 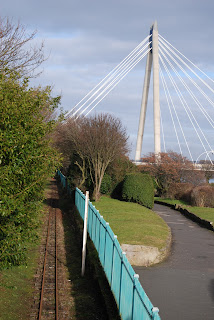 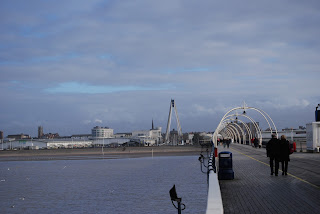 and of course I walked to the end of the (long) pier and back.  I love a good pier, there is an incredible sense of peace when you get to the end and sit and listen to the sea and the gulls that surround you.  I stayed there quite a while. 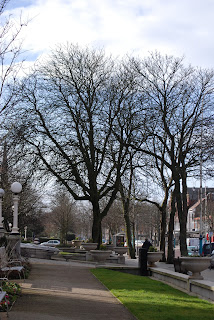 Yes my several hours of wandering Southport was good.  Oh, I also had a great lunch in an old style tea rooms that involved white linen table cloths, silver tea pots and proper, proper, leaf tea and lots of different types of tea to choose from. 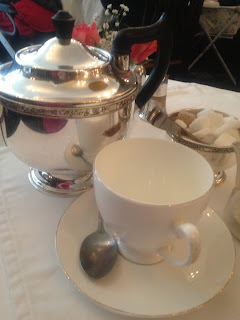 Day one was good.  Well, until we got to the hotel, it was cheap not hugely cheerful but thankfully was only for one night.  Next time we will book better!