A detour on a sunny afternoon

October 25, 2012
Recently I spent some time in Cambridge for work-related reasons.  This involves spending a couple of days shut up with the same group of people for virtually every waking hour.  Whilst it was a productive and useful time, it does mean that when I finally got to leave I had run out of conversation and needed some quiet time to myself.  So a detour on the way home was a good way of achieving this.  I had driven past a sign to Hemingford Grey on my journey down so it felt rude not to stop off at the Manor on the way home.

I had recently read a blogpost by The Tattooed Gardener about the garden and reminded me of the 'Green Knowe' books written by Lucy M Boston (1892-1990) who lived in the Manor.  I read some of the books many years ago and I had also seen the BBC series based on 'The Children of the Green Knowe' shown in the 1980s.

I was glad that I made the detour. 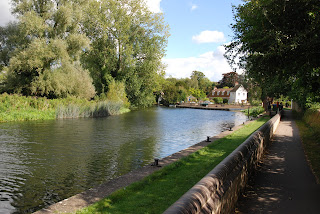 It took me a while to be certain I was actually heading towards the garden, I didn't find the signposting very good but that is just quibbling.  To get to the garden you have to walk alongside the river. 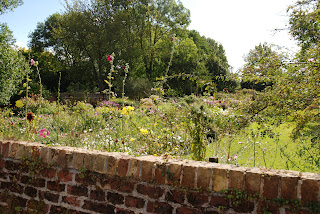 Then as you get closer, you can see the garden over the wall.  I really liked this, so many gardens that I go and visit are hidden away so that you cannot possibly get a glimpse without paying.  To me there seemed a real generosity in not hiding the view, it was a gift of the garden to all who just happened to be walking past.  Then when I got into the garden I was greeted by an honesty box.  I have rarely been to a garden that involves an honesty box that has not turned out to be a good garden.  Maybe it is something about the nature of the gardeners coming through in their gardens and approach to opening their gardens? (or maybe they are just lucky, I am not sure an honesty box would last long in some areas. 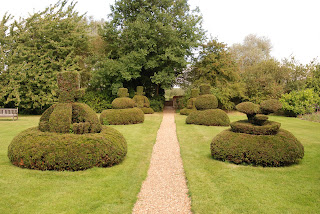 There is a good bit of topiary lining the entrance path to the garden.  I like a bit of topiary, I never used to really understand it, my paternal grandfather clipped everything into shape and I always thought this a) a waste of time and b) a bit too controlling.  I have no photographs of his garden so it is only my hazy memory of it that is left, but in honesty I still don't think it was the greatest clipping that ever happened.   Anyway, back to Hemingford Grey: 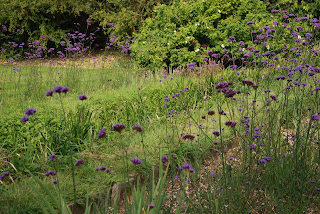 I loved this very simple use of verbena bonariensis, I know some people get a bit sniffy about this plant as it is used so much.  It is used a lot because it is good, I wish I had more and intend to bulk up mine next year. 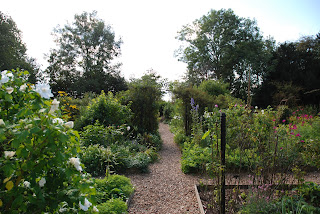 As I had detoured here from a work event I was not dressed in my usual garden-bothering wear, my shoes in particular where not the most sensible for wandering around a garden in.  They were not high-heels, but they did have a bit of heel so the hard paths were welcome as I feared I would sink into their lawns, creating damage, plus muddying up my shoes. 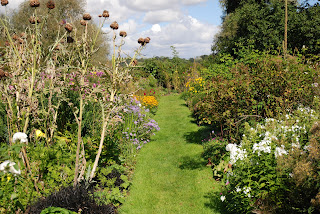 I did risk a little lawn-sinkage though, the mixed borders were very good.  Good structure and good use of colour. 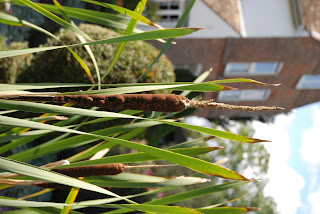 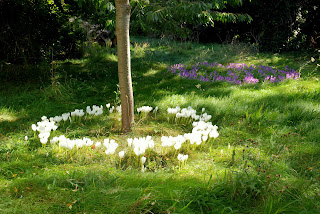 There was a really good show of colchicums too, the Autumn Crocus, I mused to myself if this was an abandoned attemped at re-creating the olympic rings (which I am sure it was not) and it was rather effective.  I often find the simple effects far more pleasing than the huge grand gestures in a garden.  This shadowy bit of the garden was probably one of my favourite bits. 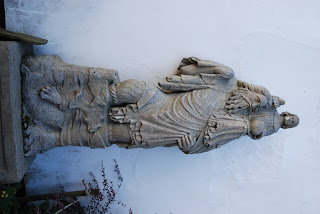 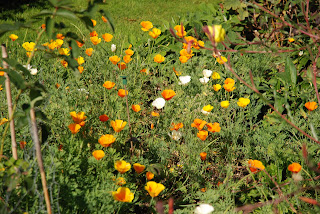 oh and poppies, loved finding this clump of Eschscholzia californica, a ray of sunshine on an already sunny day. 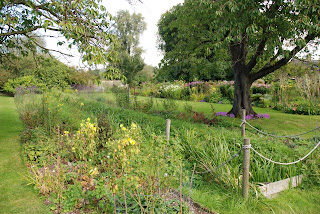 I had a good wander around the garden, I didn't have to talk to anyone apart from a brief passing 'good afternoon' with one other person, and I returned to my car ready for the journey home.  Detouring to visit this garden was a good decision on my part, I left really calm and calmed.