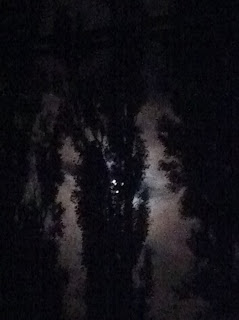 Muse:  to be absorbed in your own thoughts.

I spend a fair amount of time in my garden absorbed in my own thoughts.  I often think that weeding is a type of meditation, I will spend hours weeding away, thinking about all sorts of things or sometimes just focusing on the weeds and the garden, enjoying having that space to just be and do. 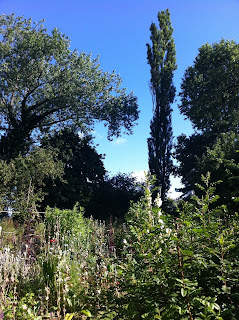 Of course once I start to think about things like the word muse, I then generally have to look into what that is a bit deeper.  So I starting musing about muses.

A muse can be a poet, a source of inspiration and also it is the name of a band from Devon (whom I rather like).

There are also a various number of muses, quite often nine, who were the daughters of Mnemosyne and Zeus.  These nine are (depending on what source you look at):

At some point I will return to Thalia, she interests me.  The nine muses is also central to the plot of Xanadu (1980) a film starring Olivia Newton John.  If you have never seen this film and fancy a dose of real 1980s fun then you must watch it.  It is almost as good as the 1965 classic Three Hats for Lisa starring Joe Brown and Una Stubbs amongst others.  (seriously, everyone should watch Three Hats for Lisa).

So, back to the muses, I said there were various numbers of these.  There were apparently three original Muses, Aoidē ("song" or "tune"), Meletē ("practice" or "occasion"), and Mnēmē ("memory").

Bearing in mind we are talking mythology and ancient at that, things are a bit muddled and do not stay the same as we pass through time, so three became four:  Thelxinoē, Aoedē, Arche, and Meletē  (no one seems to know what Thelxinoē did but one of the moons of Jupiter is named after her aka Jupiter XL.)

These four then became nine as mentioned above.  Except when they became ten as Plato declared that the poet Sappho was the 10th muse.

This actually brings the total to 11.  Those of us who gain most of our myth knowledge through watching films know that there is also Serendipity, the muse who left heaven to become an artist in her own right.  She is played by Salma Hayek in the 1999 film Dogma (Kevin Smith).  Again, an excellent film that contains the wonderfulness that is Alan Rickman in one of his finest roles. 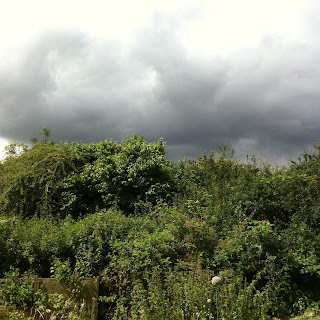 So what has this to do with my garden.  Well ,its all a bit serendipitous really (see what I did there?)  I spend my time in my garden often lost thought, miles away in my head thinking through my day, planning ahead about this and that and often just clearly away with the fairies.  Part of why I garden is to create a space to think.  My thoughts turn and twist and I end up having to resolve questions that I ask myself and through this all I now know that Jupiter has many moons.
Alan Rickman constellations moons Muse Selma Hayek serendipity